1 2
Tell a story
Go to all stories
views: 1404
Kateryna Kompaniiets 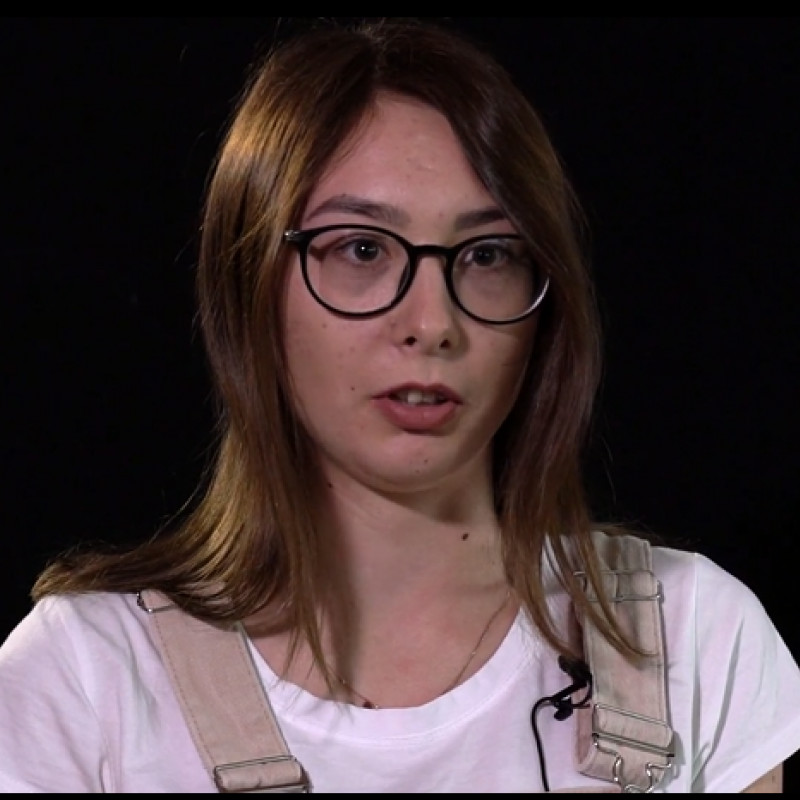 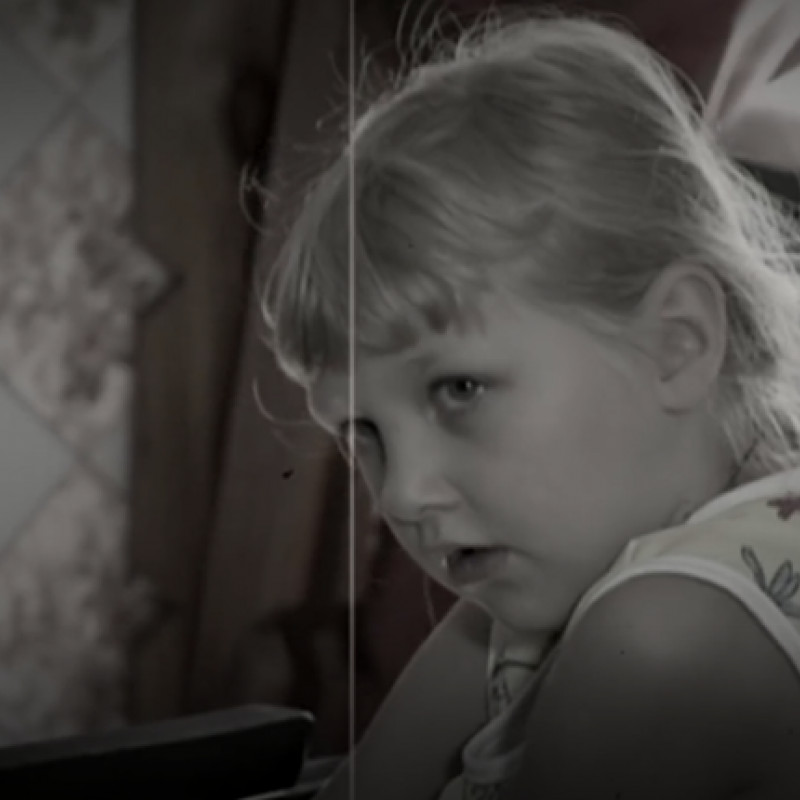 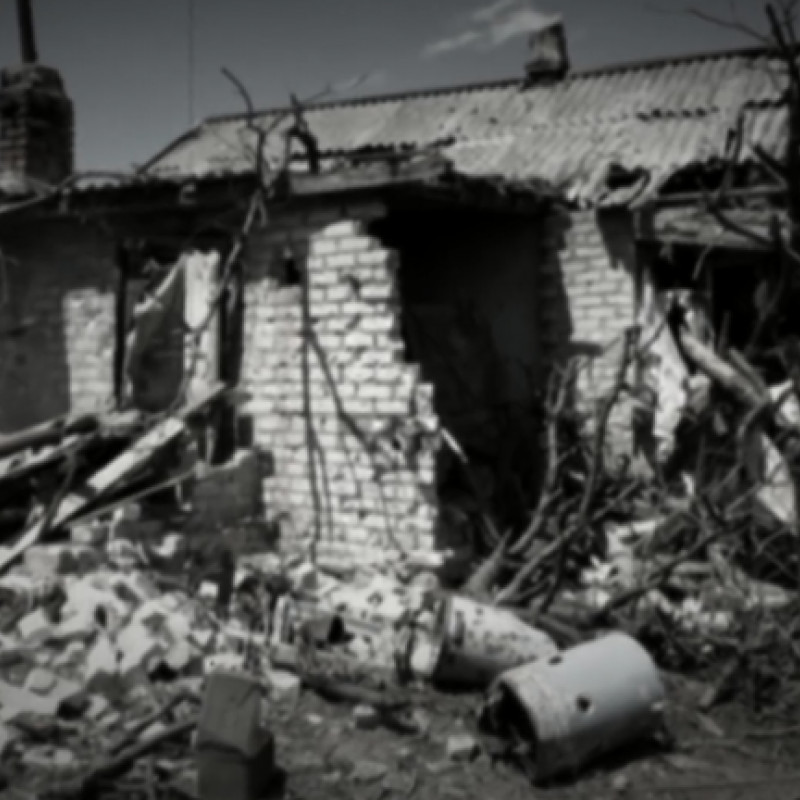 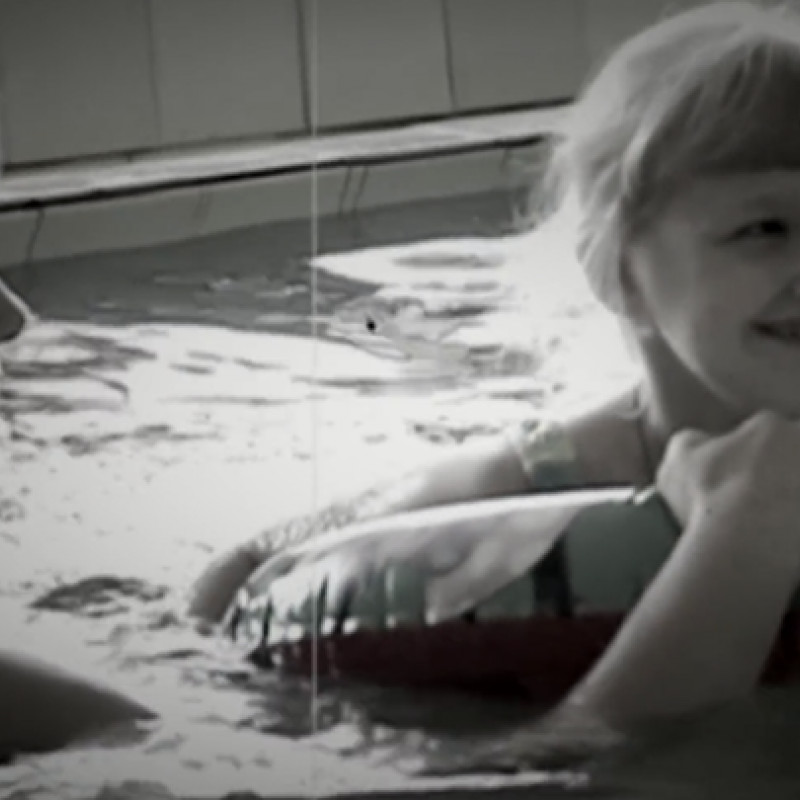 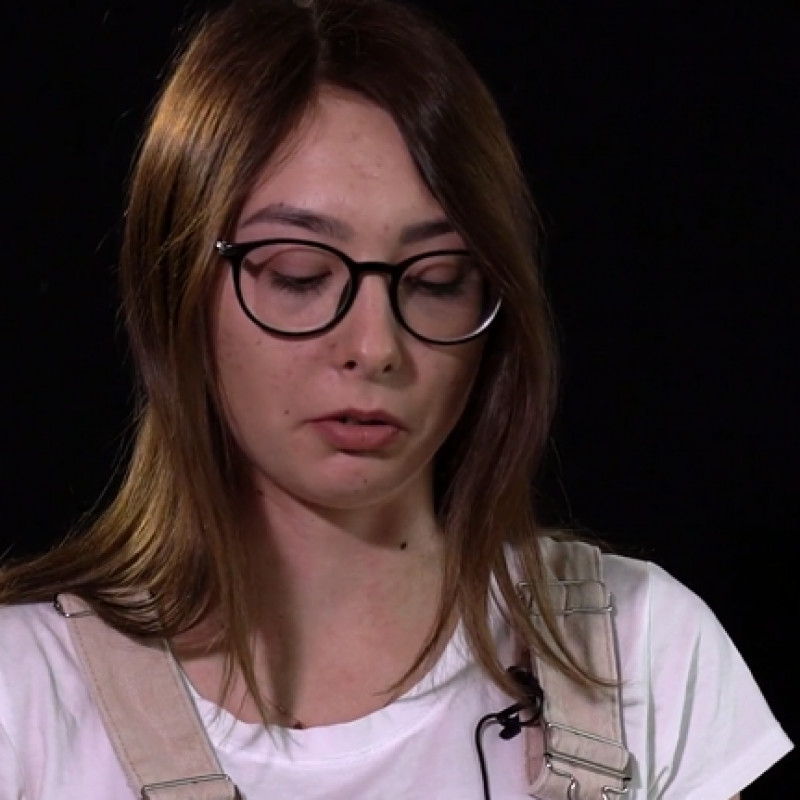 "I held my sister's head in the basement, and there was blood on my hands"

On 10 February 2015, a shell hit Katya's family house during the shelling attack of the village of Hrodivka, Donetsk Oblast. The girl heard two loud explosions. After the third explosion, a projectile fragment flew into the room where her younger sister Nastya stayed with her grandmother. Nastya was wounded in the head. Her grandmother was also injured. Family ran to the basement, where they stayed until the shelling ended. Katya was holding her little sister. The girl's hands were covered in blood ...

While my parents were packing, I held Nastya... by the head... My hands were covered in blood. It was so horrible. I could not remember a lot of things... I just remember that moment, that's all.

At first we lived in Debaltseve. In 2010, they moved to the village of Hrodivka, Pokrovsk District, Donetsk Oblast. Four years later, war began. I was 14 years old. I was a little girl then.

We lived near Debaltseve, Mariinka. Once the attacks started there (we live close enough), we could here it all. There were explosions every day. It was dreadful. You begin to fear that it might happen where you live. Right next to you.

There are four of us in the family. Mom and dad have jobs. I'm already a student in Kharkiv university, and my sister Nastya goes to school.

10 February 2015 was a normal winter day. I was doing my homework. My parents discussed the war all day. My grandmother from Debaltseve just came to see us. We heard the roar of shells all day long, and in the evening we heard two very strong shots, as if it they shot very near. The the third volley followed. It was a shell, which hit our house.

I was sitting in my room, studying, and Nastya was with her grandmother. And the wall where they were standing was hit by the shell. Bricks fell on them – Nastya got hit in the head. Grandmother also had her eyebrow sewed up. There was a table with dishes next to it, and everything was flew at them.

I was wearing headphones at that time. But I could hear two shots clearly, and then a third one followed. Everything was covered in dust. Then I heard my parents scream.

We ran out of the house. Shots were still being heard. We ran to the basement and stayed there. We didn't know what to do...While my parents were packing, I held Nastya... by the head... My hands were covered in blood. It was so horrible. I could not remember a lot of things... I just remember that moment, that's all.

We went to the hospital to get my sister's wound treated. My grandmother's eyebrow was sewn up. We managed to get through it. And we don't want that.

They collected some things after the attack and left for a neighboring city.  Our parents' friends helped us, and we stayed with them.  We lived in someone's home (apartment) for three days. My parents were repairing our house at that moment. There was a big hole in the roof. The village helped with the house reconstruction. And then we came back.

Then explosions got even worse. Earlier we were not worried that this could happen to us. But after that we were certain and knew exactly what might happen.

A woman from our village was in the yard when a shell dropped nearby. She lost her leg. Many people have left this place since the beginning of the war.  Half of the village residents have  probably moved out.

Nastya is a very cheerful and talented girl. She plays the piano, loves to sing, draw and do all sorts of crafts. However, even now, when she hears thunder or sees lightning, she is afraid to stay at home herself. Earlier she was very hysterical. She screamed and yelled... now she takes it a bit easier, but she's still afraid of it.

We undergo rehabilitation program, provided by the Rinat Akhmetov Foundation.We are grateful to Rinat Leonidovich for having the opportunity to relax and forget about what happened at least for a little bit.

Everyone who lives now in our time on this territory, dreams that it will end as soon as possible. So that we can go back to our normal lives.

War is so horrible. It is pain. It is loss. 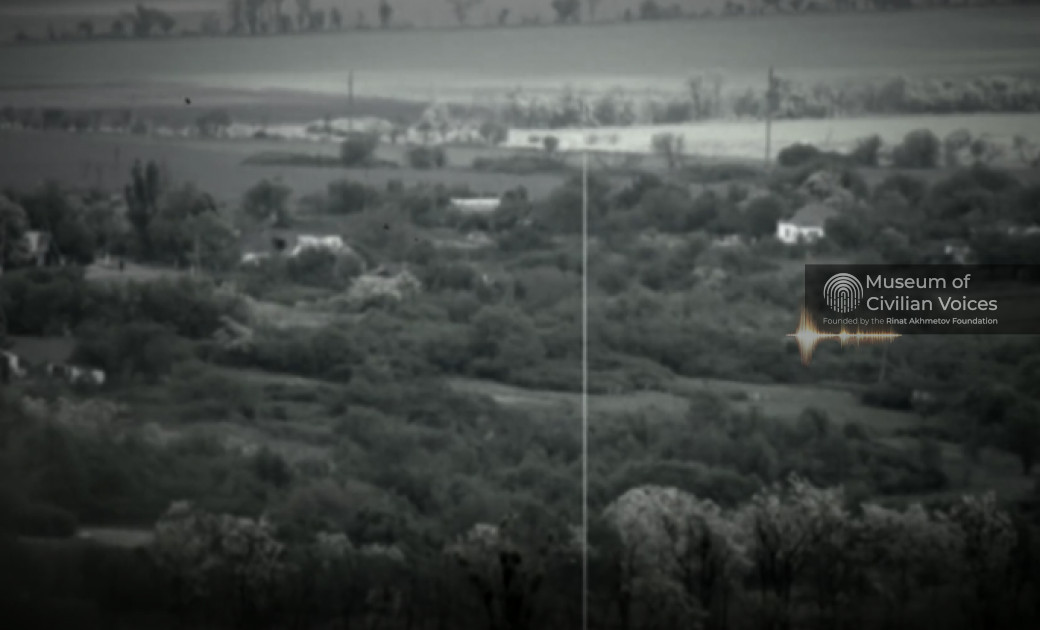 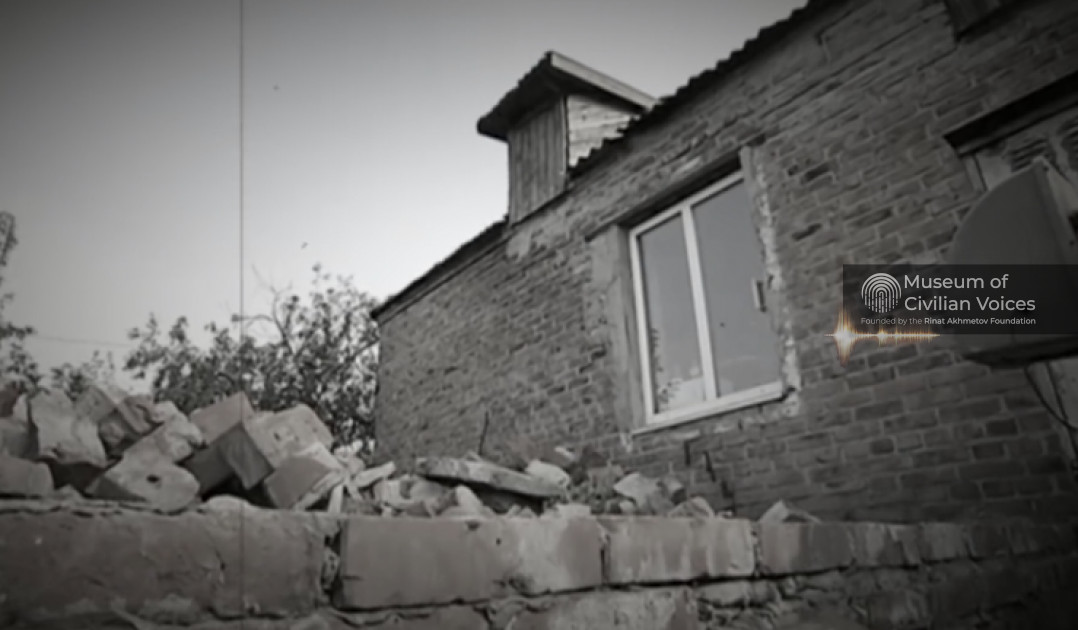 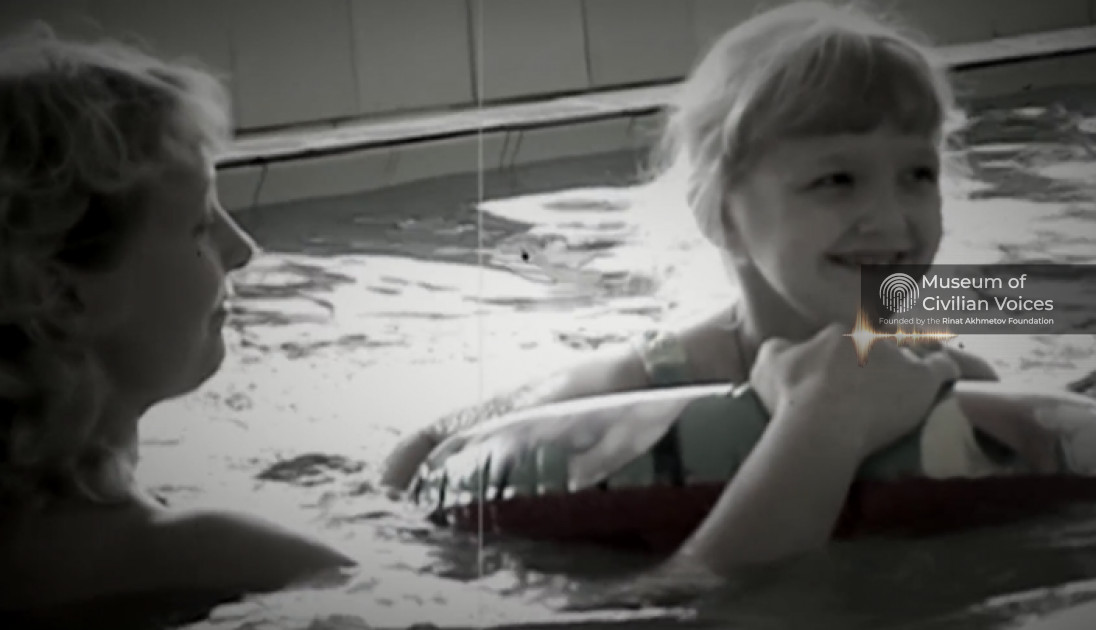 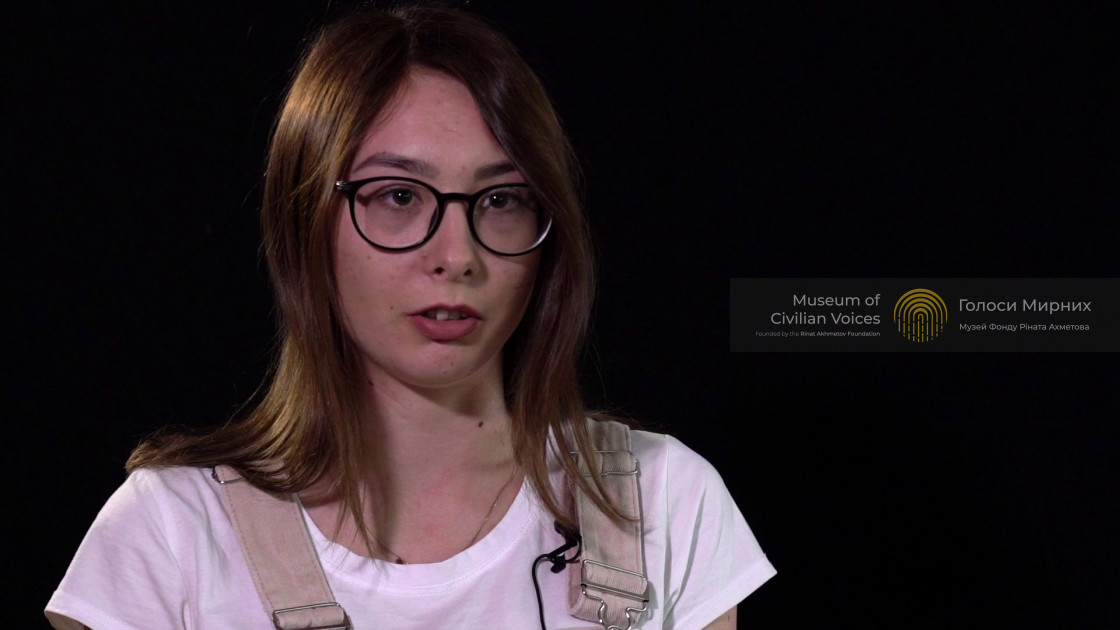