1 2
Tell a story
Go to all stories
Nadezhda Valitskaya

"I said, 'I won't die until the war is over." I survived previous war "

We bought the house when we retired, 30 years ago. I retired first, and then he [the husband] retired. And we bought this house. I didn’t want to, but he said: "We will buy ourselves a summer house."

He lived here and I lived there. I would come in the morning, work around the household and go to Saksaganskiy. I walked on and on before I realized that my legs were already hurting. So I moved here. Probably, as a result, I’m still able to walk. Even today I went there to work on the strawberries, processed a saline, brought grass to the chickens.

I also have chickens. I bought both chicken and ducklings. I didn't want to at first. I said: "It's hard for me." And then I went and bought it. I love them, that's all.

It's difficult, of course. The most difficult, very difficult. Today I made him [my husband]: "Go and cut me some grass." And he walks with sticks. He went for a little - he helped me to cut the grass a little.

We were here. Everything was flying around, but the shells did not reach us. But it was there! Our house was trembling! My bedroom wall has never cracked for as long as we live, and [after the shelling] it cracked.

Houses were shaking. I took a pillow and went to the basement. And the grandfather went to bed and laid on the bed. Several days have passed, he said: "Don't go there, if you get to the basement, you will have all the jars will fall on you." Well, I went and got the pillow. I haven't gone anywhere. I stayed in the house [remained during the shelling].

It rumbles! Cover your ears and don't listen, but you can still hear. So much it rumbles! We were afraid, of course, it was scary, very scary.

I love Rinat [Akhmetov] because he helps people, helps children. They brought us help here to our home, they brought both my husband and me right into the house. It's already hard for me to carry butter, flour. And they brought everything: butter, flour, sugar, pates, cereals, peas.

I said, "I won’t die until the war is over." Enough! I survived the previous war [World War II]. I was small, but I remember it. I remember how we were in the basement; I still remember that war. 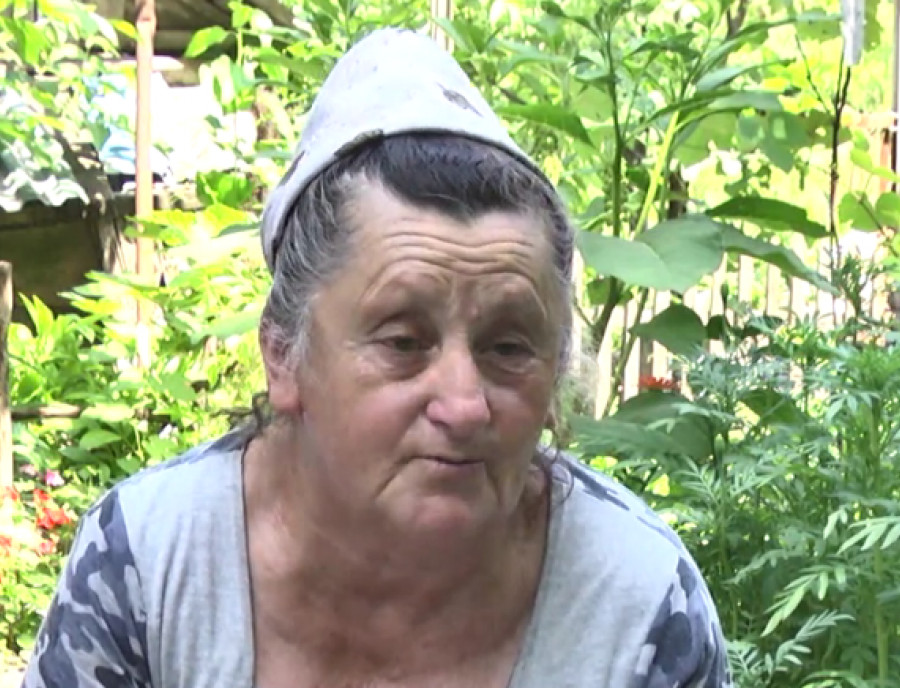