"I had shock, stress and breakdown – and therefore I lost breast milk"

- We were going to do an ultrasound. The first time they said it was a boy. Well, I thought   - we had  three daughters, let it be a boy. Let's go for the second ultrasound-a boy. We went to Selidovo, to the maternity hospital to arrange it  for her. As we were driving  back, she said, " Oh, I'm in labor." The ambulance accepted her. Literally after an hour she called me and said she had a girl.

– Mostly we  worry about the kids, for the little ones. To avoid fright, God forbid. Then they won't sleep at night.

Shooting is a horror. Yesterday they were shooting from four in the evening until four-thirty in the morning. The child, unfortunately was not sleeping, crying. I heard something! Bang! The baby was  in tears, crying, torn. I was walking  until four-thirty, rocking her in my arms until she fell asleep. We were doing it in turns -  my wife and I – two hours each. She would asleep for five minutes. When something bangs again she starts to cry again.

Where to go? Where could we go? It is not easy. We went to a friend's house when there were attacks. We stayed there for three days. Then we  have to go home. We have the pigs, the farm. We need to take care of them, to feed. It's good that her brother came and fed them. I asked – and he did it. When we got back, it was quiet. About a week later, it started again.

My uncle was at work. He worked as a locksmith at school. The shelling started, but we were not at home that day. He saw that the firemen arrived. He came here. And then it started to blow. They extinguished it. The first attacks just started – and this is what happened. And then  when we were not at home, the shell hit here.

It hit the roof, and when it started to rain, it all was ruined completely. Hole. It's a miracle we weren't home. We were at my mother's. My mother was ill, I had to come, feed the pigs, help her. She was already walking badly. We drove to her place. I said: "Let's stay here. Let's spend the night here." We stayed there overnight. And in the morning we returned and saw a hole.

The uncle came out and said: "There was a bang in the night, and I don't know what. I didn't go out – there was a shooting." I went into the house. It was just raining at that moment, the downpour. I saw that  the ceiling was ruined.

As they started shooting yesterday, my daughter got up, ran to us, and started crying. And the youngest one woke up. Natasha took this one in her arms, and I took Ksenia. Ksenia fell asleep. I did not carry her back, because they were  shooting. I left her  on the couch. The little one was in my arms all night. And until morning I was  here with her. She was not sleeping but  Crying.

We hardly ever go to the garden, because it's a little scary here. One person was killed-he was planting potatoes. Now we are afraid to come here. Sometimes, we go out, we have onions growing at the beginning. And single shots begin. And we'll go in quickly. Here from the waste heap everything is at a glance. I let out the pigs, get them back, and that's it.

- I have four children, four girls. Children are afraid. That is how we live. It just can't be explained. Especially when I got to the maternity hospital and the shelling started here, I thought that the milk would be lost. I called them every two minutes to find out how they were, what they were doing.

There is not enough baby food – I do not breastfeed, there is not enough food. And one pack of "Baby" costs 60 hryvnias. And I need something to feed them. My husband doesn't have a job right now. He is at home. Sometimes he does some errands, and that's it. I get aids for child.

I freaked out when the baby was two weeks old and there was a shelling. We have no basement, nothing. I was running  from room to room with her. And she was screaming, and I was crying with her. And the next morning there was no milk. I had shock, stress and breakdown. It was very serious. Children are very much  afraid. And they bring  more fear, and I panic, I think, more than they do.

I'm not afraid for myself but  for my children. The middle one is three. And she's the most afraid.

My mother was paralyzed a year ago, on May 5, 2015. Maybe it was stress or something like that. She couldn't speak at first. I said, Mom, what's the matter?”. I took her home to my place. The next morning, her sister, my aunt, called me and says that she was completely ill. She asked me to come and help feed her, she could not get up. And after that, she doesn't talk. She tries to do it in her own way. We feed her, dress her, and change her diapers.

When there was no war, there was work. I could help with something, morally and with money. But now most of the money is spent on children. I can give my mother 300 hryvnias or by something: she loves dairy products.

We hope for the best, because this can't go on forever. We want to have work, we  want the children to study  normally, not  to be afraid and we want all this hell to end. 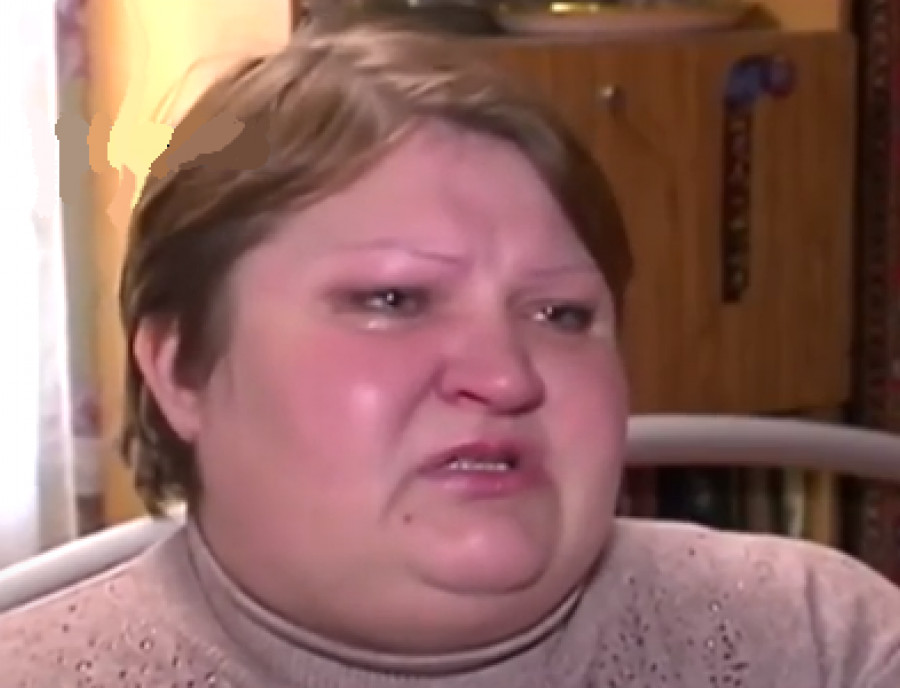 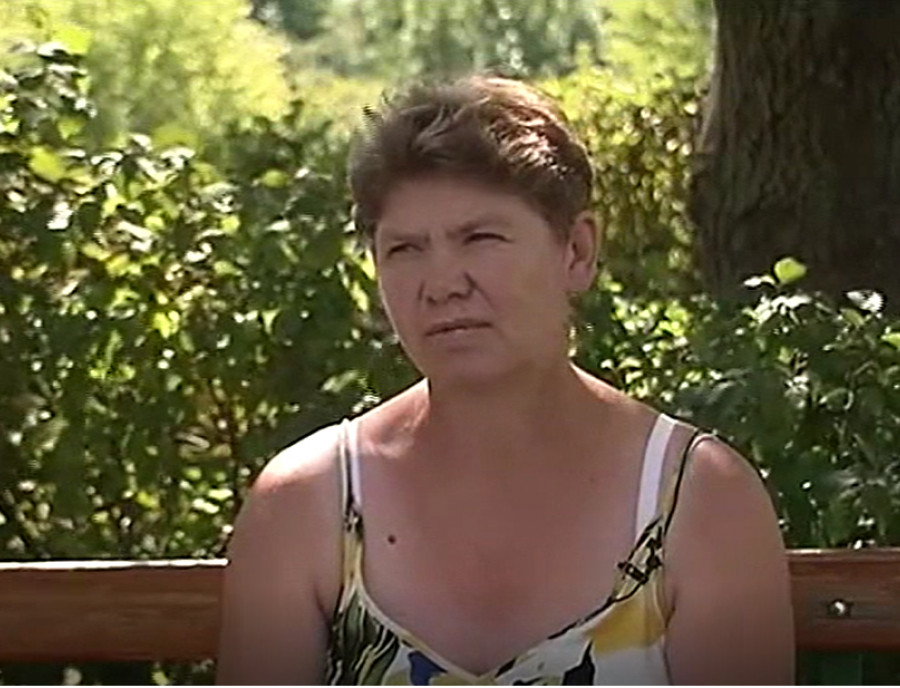 Material added to your library
"I cannot imagine how it can be that there is no war"
Karina and Tatyana Ivanovna Putintsevy
Marinka 2014, 2018 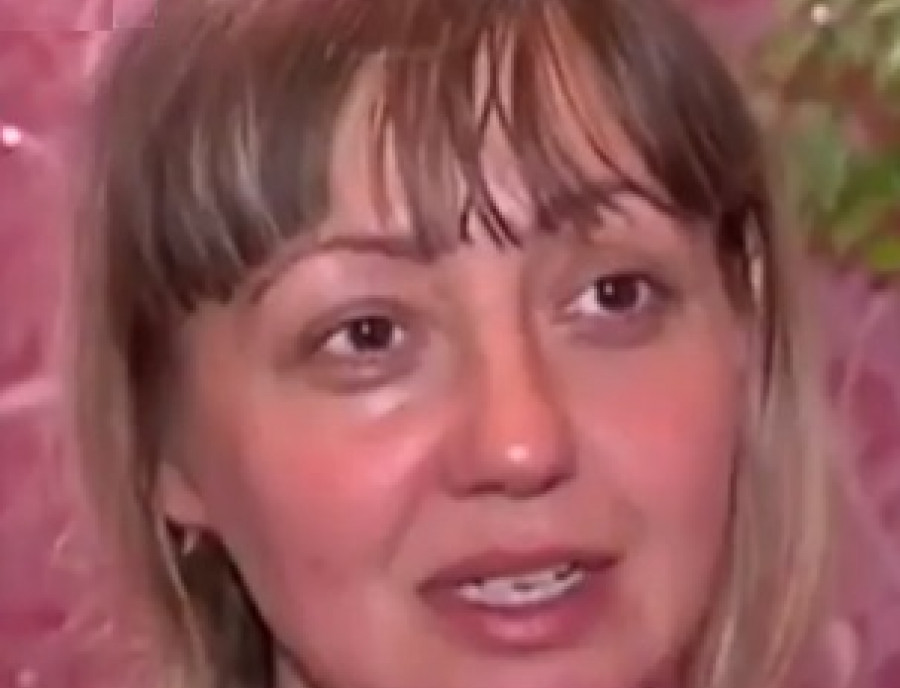 Material added to your library
"In order not to come under fire, my daughter has to go through the garden to get to school"
Yuliia Bolhrabska
Marinka 2017