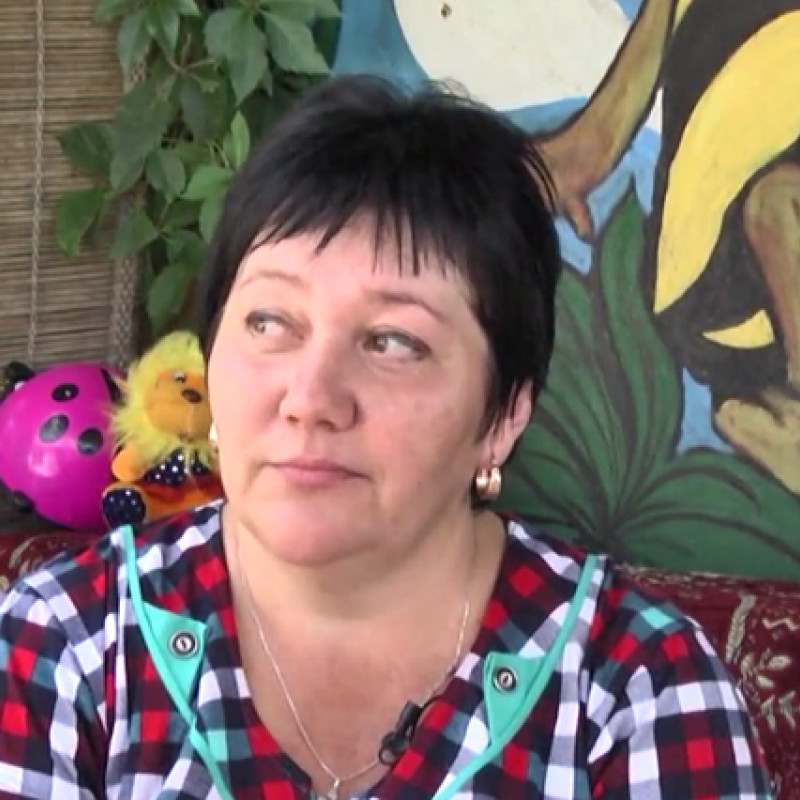 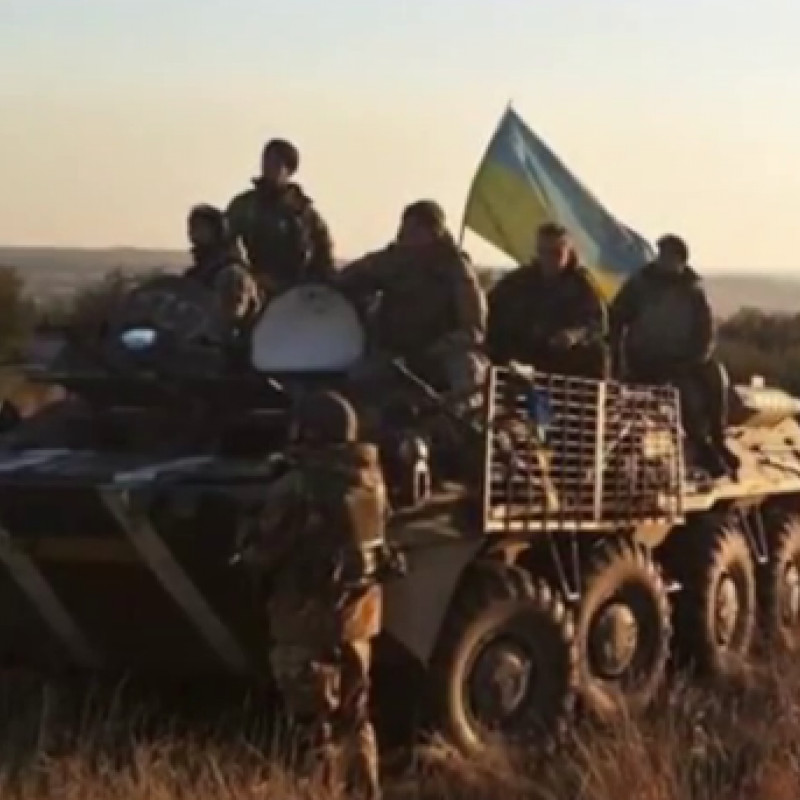 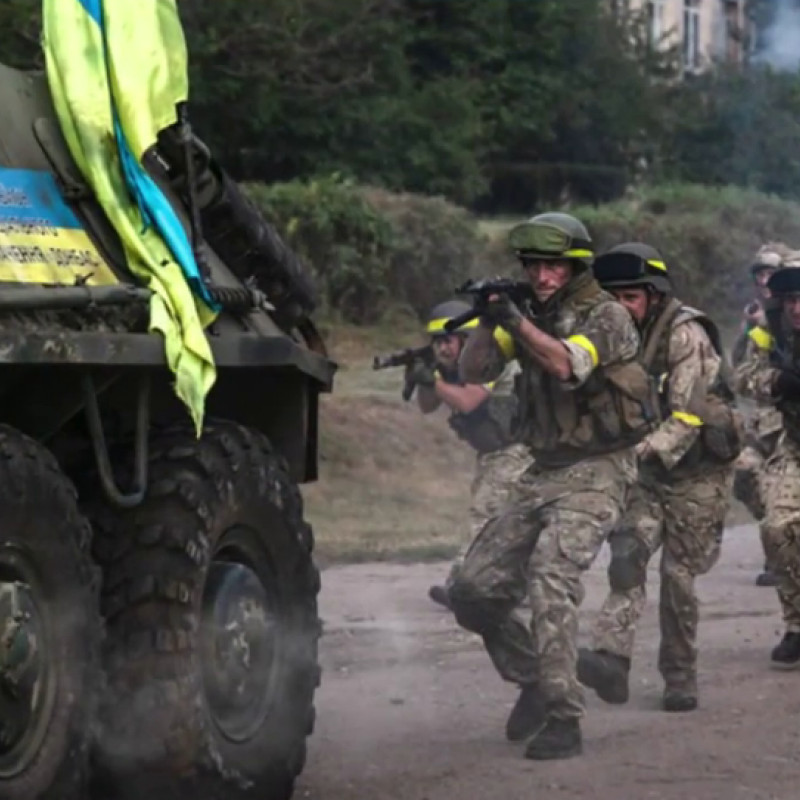 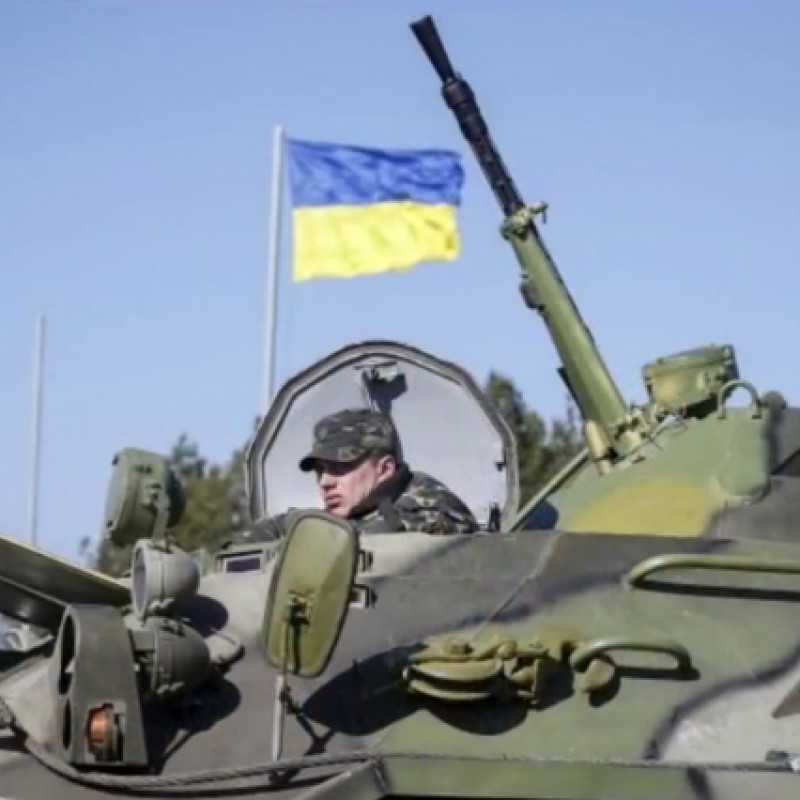 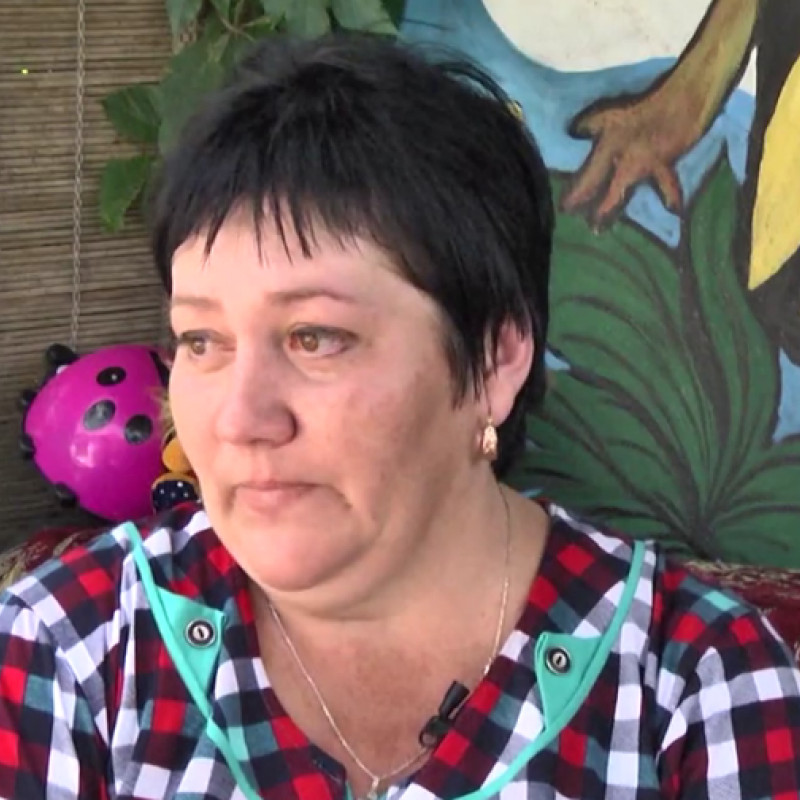 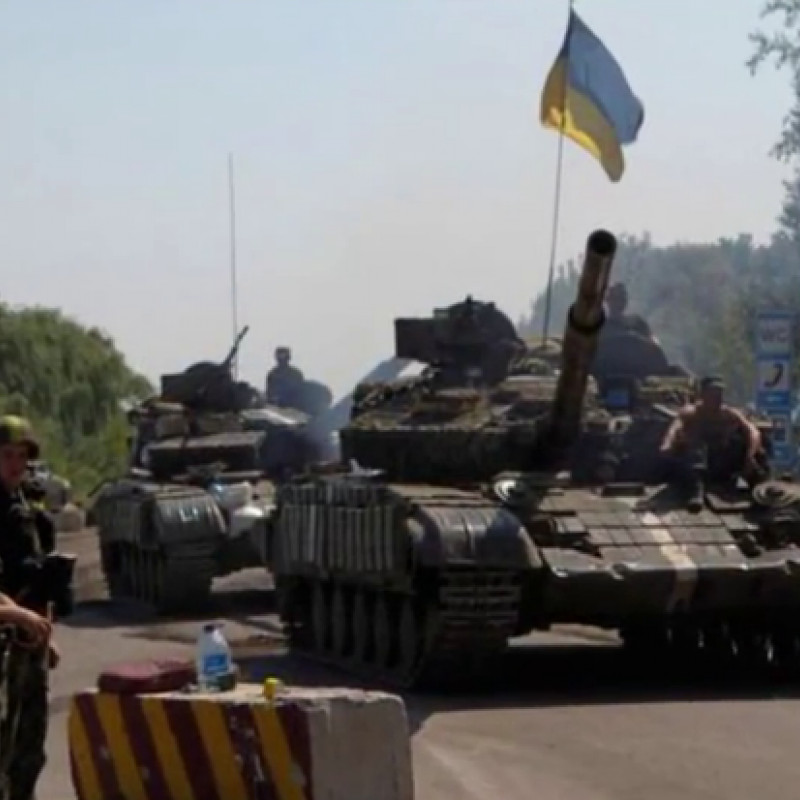 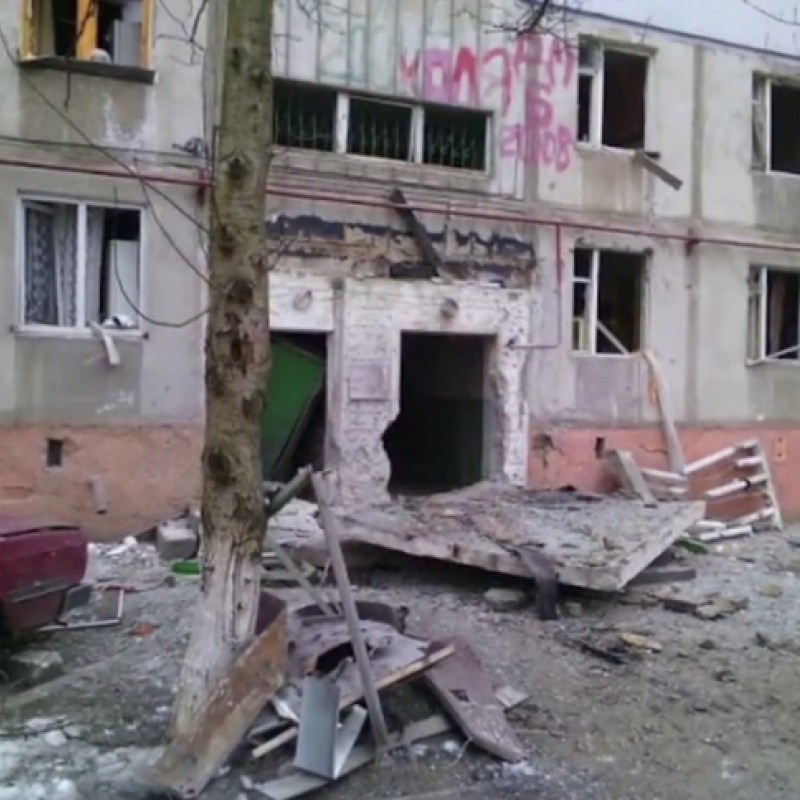 “Three shells hit my parents' house! My son was there. They were miraculously sheltered in the basement "

A mother of three children with her family survived a terrible shelling. Sitting in the basement, they shared a pack of noodles among all the kids. Relatives could not stand the horror of the war. My father died of a stroke, my grandmother from a heart attack.

We just moved in with the children - and four days later the shelling of Vostochny began. Three direct hits! Three shells hit the parents' house! My son was there with my parents. The house burned down. Only ruins remained. Just because this house had a basement, they survived.

When we watched TV that summer, in June-July 2014, it all started in Donetsk. We couldn’t even think that all this would come to us and touch us. But then I saw tanks in the streets ... This horror, this fear ... Now they go one way, bow - the other. We did not comprehend yet, did not realize what was happening.

It got really serious in the fall. The end of September was already dreadful. And we repeatedly run to the neighbor opposite. There was a good, solid basement.

There were moments when as we ran the fragments flew near. We did everything wrong. We didn't understand, didn't realize, didn't know how to act. I carried my daughter Vika in my arms. I put on tights on her at half past five, when everything was shaking, the chandelier swayed, the plaster fell, and we ran. Where were we running?

We did everything wrong. So many people died! Because of what? Nobody instructed us. I just have no words.

I am more than sure that our people, every Ukrainian, really normal, honest, sincere person, will understand a mother who has children how hard and scary it is.

We roamed around the apartments. Two rented apartments were changed within four years. Then we came back home. Who will help us? My husband and I ourselves. My parents suffered a lot. The father died because of all this.

For three months my children and I suffered everything. My mother-in-law was also paralyzed. Then my husband and children took me to my parents in Vostochny for a while. And I found an apartment in this city, in the center, on the harbor. We rented it.

We just moved in with the children - and four days later the shelling of Vostochny began. Three direct hits! Three shells hit the parents' house! My son was there with my parents. The house burned down.

Only ruins remained. Just because this house had a basement, they survived.

Their house was, as it were, against the background of a two-story house. It was about nine in the morning. My mother went down to eat and cook, but there is no gas or electricity. It was surprising why they turned it off. Nobody could understand anything. And then this bloody mess began.

My son arrived in January barefoot, in a jacket, which was turn by shrapnel. He smelt burnt and cried. The son was then 18-19 years old. But he's great.

He never stopped doing sports, boxing. And he even said to me: “Mom, you know, I'm grateful to the coach. If I didn't do sports, I would sit on these ruins and cry. " He did cry; he was just tired of everything.

Grandmother and grandfather — these are his father’s parents — were also still alive. But grandmother died a month later - a heart attack. Father had a massive stroke. For four years we fought for his life and health. But a year and a half ago he was gone. Not everyone can endure this, it's hard.

Trouble came to many families, this dreadfulness of war and fear. So many losses, troubles. Stop it! Enough! Enough! We must raise children in peace, goodness, and not in fear.

We were helped. There were many volunteers. The house was restored. Rinat Leonidovich – is person you can rarely find. Such people, seems to me, you hardly ever meet. Much respect to his parents for bringing up such a son. And to this man – double thanks on behalf of all mothers, from all of us. When we received food supplies, what a joy it was! Before that, sitting in the basement, we were sharing a pack of noodles for three children ... 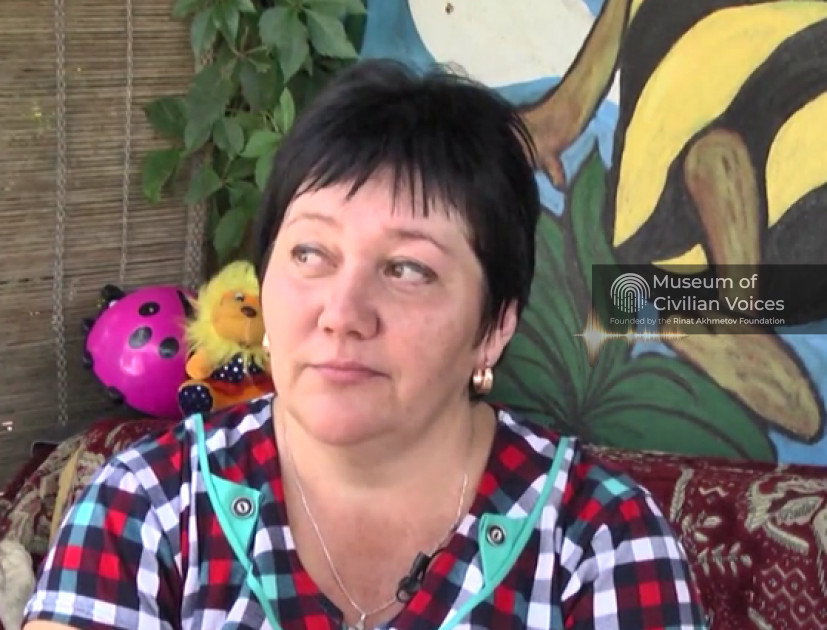 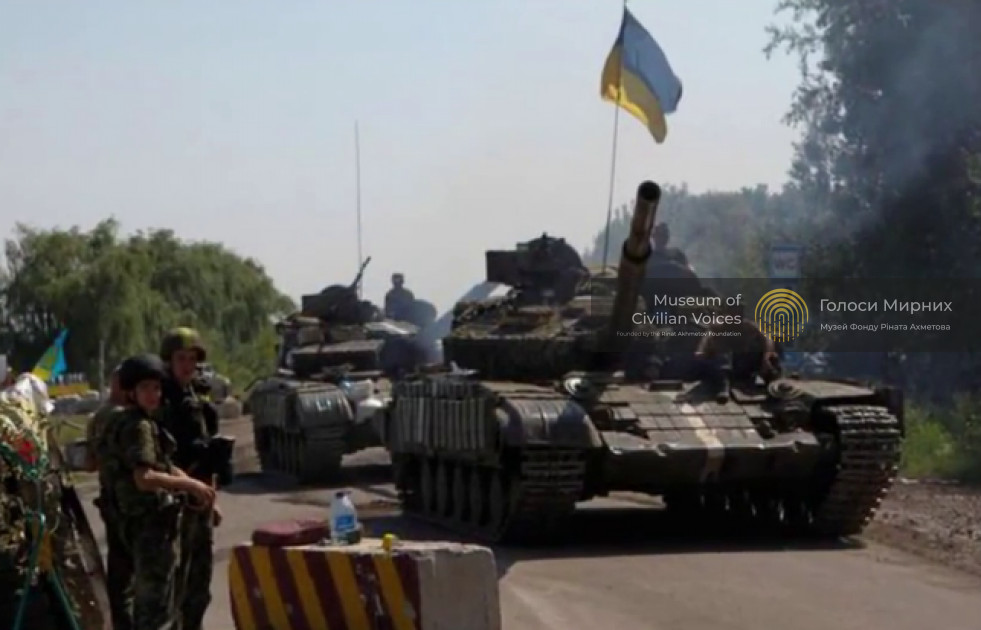 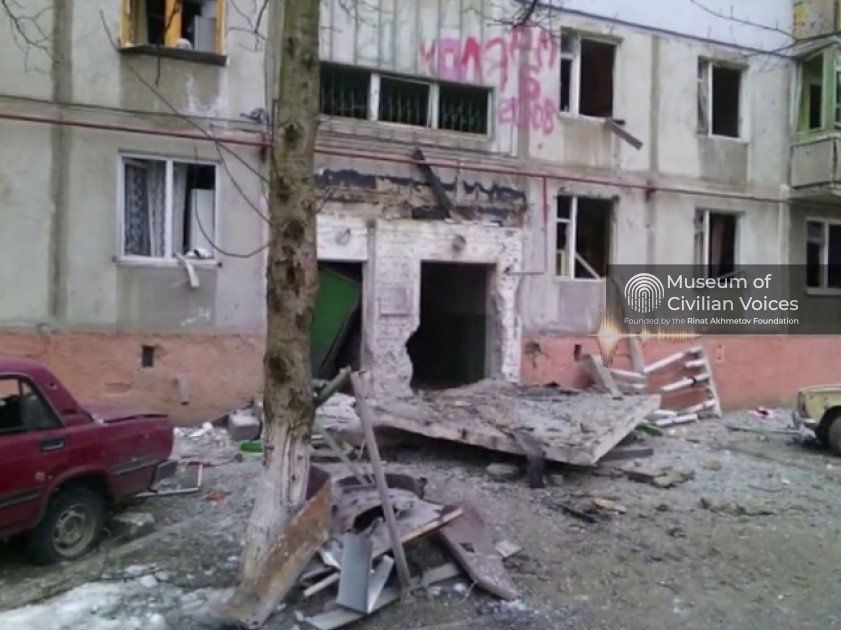 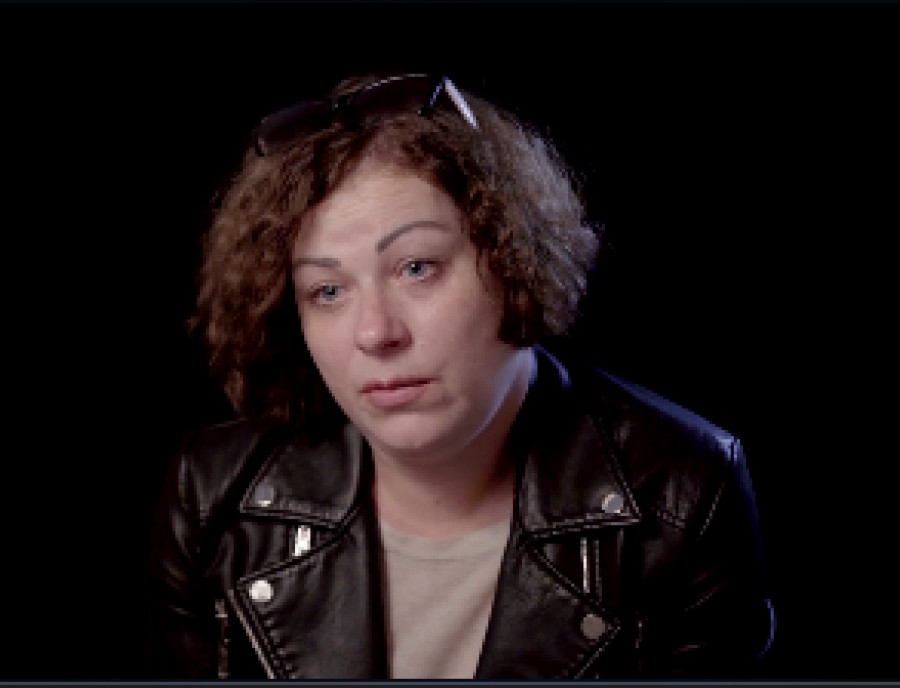