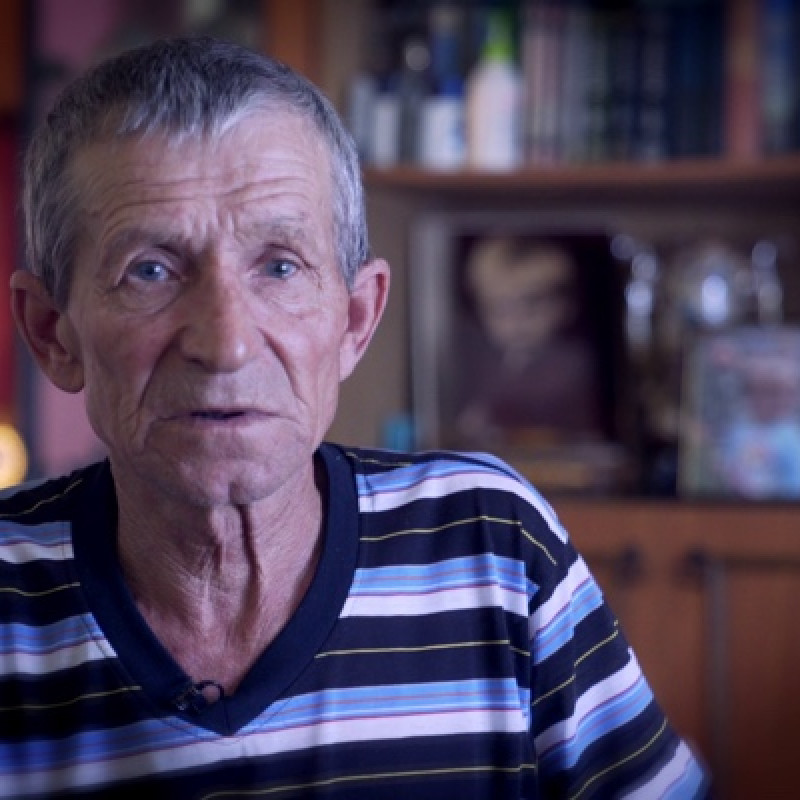 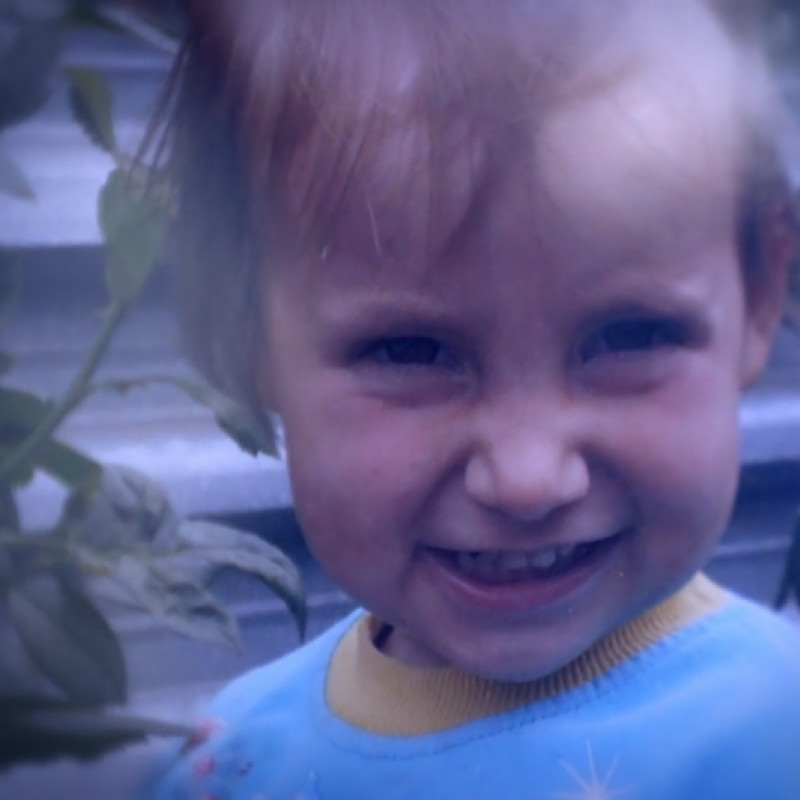 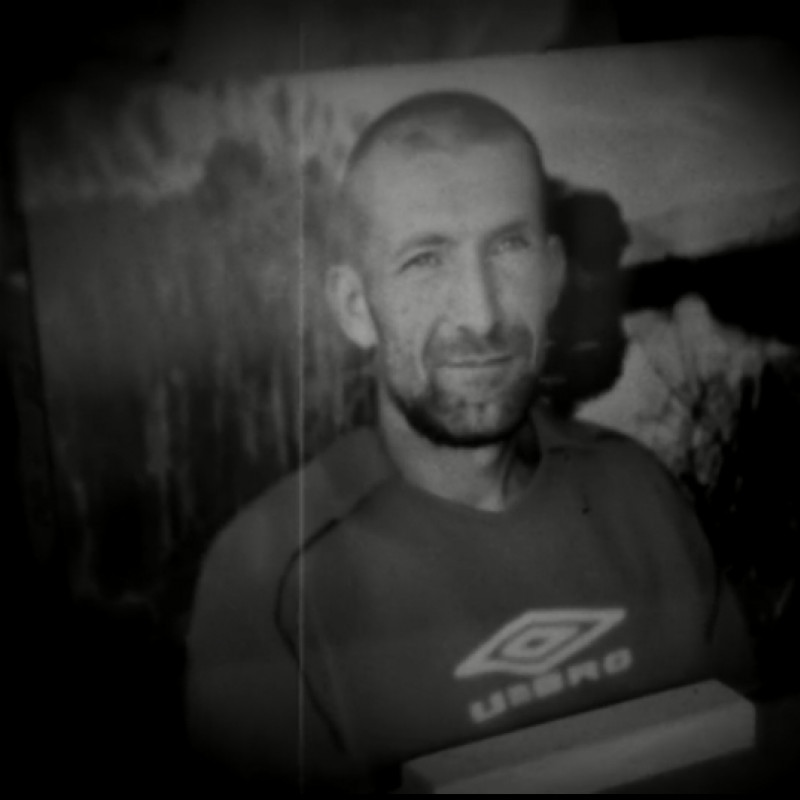 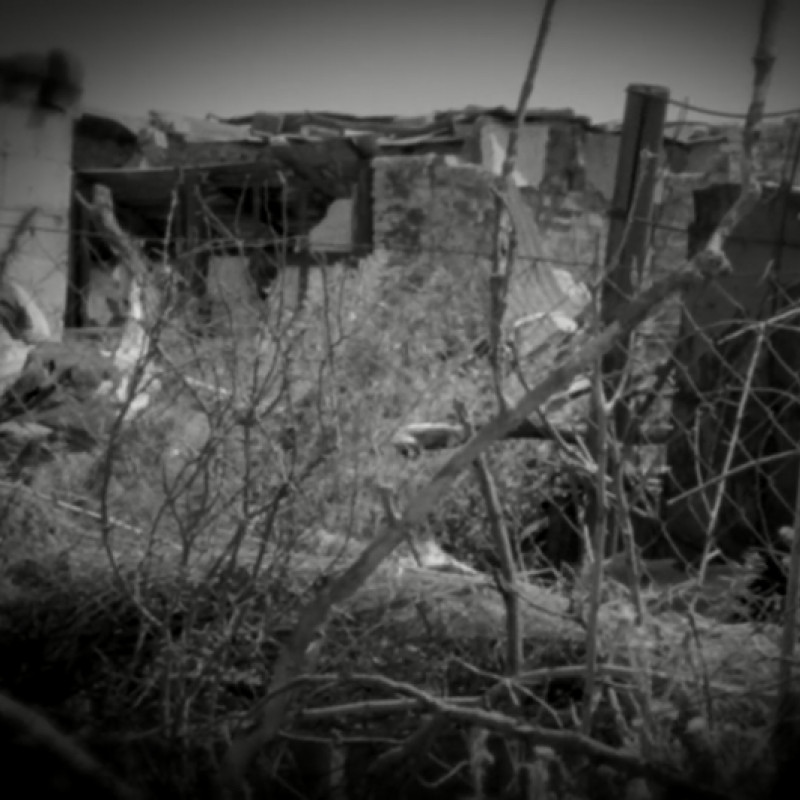 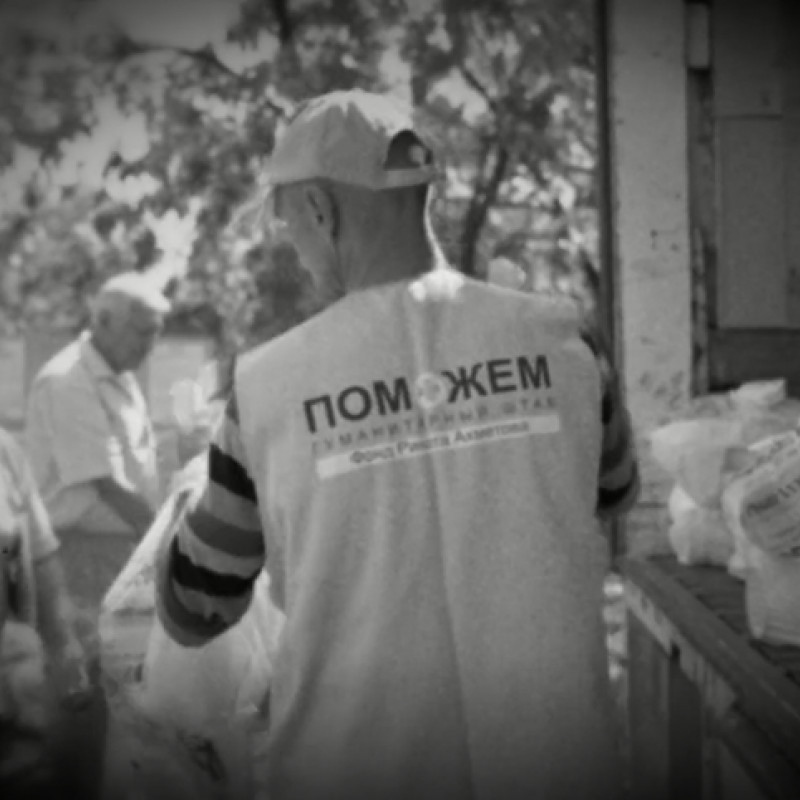 "A neighbor was coming to meet us, carrying granddaughter covered in blood"

All his life he tried to live for children, then for grandchildren. But war took away his most precious thing - the eldest son disappeared, and his granddaughter died during the shelling.

The war came suddenly, unexpectedly. The first explosions began in April. Shells flew past the house. The nearby village of Novohryhoriivka was in 4-5 km. The first Grads flew there. You can't count how many of them there were. And the military unit in Novohryhoriivka was destroyed. Since then, the shooting did not stop for 3-4 days at all. They bombed here and there intermittently. The house was hit, and granddaughter was injured. She died...

Granddaughter Dasha was two and a half. She was so cute. She was a chatterbox. Our children are very quick-minded — both a grandson and a granddaughter.

Grandson was my son's copy. I took care of him until  the age of three and a half. I hid him in the basement when he was little. I put it under me when they stated shooting. He did not ever leave my sight. Like my son. And then the daughter-in-law took grandson to Zaporizhzhia. Now we can't see him.

"The shell hit right into the grave of my granddaughter"

Grandson was born in October of 2014. We received the certificate, but did not register him, because it was impossible to cross over to the other side. And so we were joined to Volnovakha District, and on 13 January 2015 we went to register our grandson.

On that day, a bus was shot in Volnovakha. When I got in the car, the ground was shaking. We were on our way home. The road was bad .We were just 2-3 minutes delayed. We have already reached Andrrivka when a neighbor (our godmother) called. Dasha was at her place. It was cold, we didn't take it with us. We are just driving up to the street when we heard a smashing noise. A neighbor was coming to meet us, carrying  granddaughter covered in blood. This is all happened right before our eyes.

The ambulance took away Valya and granddaughter. But Dasha did not make it, she died on the way. Fragments got in the eye and lungs.

We buried her. Then, a shell hit her grave shortly afterwards! The ground was thrown out. I was still fresh. It all scattered at the distance of 80-100 meters. It snowed before that, so the snow was all black. We could not even find any part of the cross.

When my son disappeared, an unknown number called me and said: "I was told that Yana from the store in Novoselivka was told by some soldiers that the shepherd who was grazing his sheep was taken by someone. This is your son."

I got in the car and drove away. I know this village. I went shopping and found this Yana.  She said that the soldiers had a shift change that morning. They were on their way back from their shift and went to her store. And one soldier said, "Tell them that  the shepherd who was grazing sheep was taken by someone. Find the family if you know them." And she passed it on among her friends in the village. Who took him or why — no one knows.

I've been looking for my son since then. I want nothing more than to find and question the people who killed him. To dig up the remains and bury them.

I'll go to my granddaughter and put up a memorial with a photograph on it. I go and clean it up, sit down, and cry. Crying makes me feel better, revealed. But thoughts about my son do not let me sleep. I go to bed in the evening, thinking about. The same thing happens in the morning. No one wants to investigate the case for five years.

"I weighed 40 kilograms. Skin and bones"

One night there was a shooting, and then we hear a buzzing sound. We got up. She [the wife] turned on the light, I said, "The window is broken, turn off the light." In the morning, when it was light, she said,: There's a bullet on the floor." I tried it, it even stuck. Well, they didn't touch it. Then the police came. They took the bullet, and that was it.

Luckily, I survived this cancer. Last year, though, I thought that my time has come. I felt normal after the operation and when we started doing chemo, it was very difficult. I weighted 40 kg after the third chemo. I was 54 kg before that.  I was skin and bones.

So I refused to do it. He said that I will live as long as I am meant to.  I won't go there any more. We have no money left. Chemo is expensive – 30 thousand UAH her session. And health condition went downhill. Even though they made me go, I said, "No. If I have to die, I will be better off without pain and without suffering." So I gained weight. now I am 53 kg.

It's a pity, I've built all this, redone everything. Stone to stone, all with your own hands. I expanded the house to have children, grandchildren, and a son in it. We now we are left alone.

A Danish firm provided assistance to us, and the Red Cross. psychologists worked with us. The Rinat Akhmetov Foundation brought us food packages. Rinat Akhmetov sends his aid every year. I am a 66-year old disabled person. We really appreciate this.

I only dream of one thing: to investigate, achieve and find the remains of my son. That's all I need. 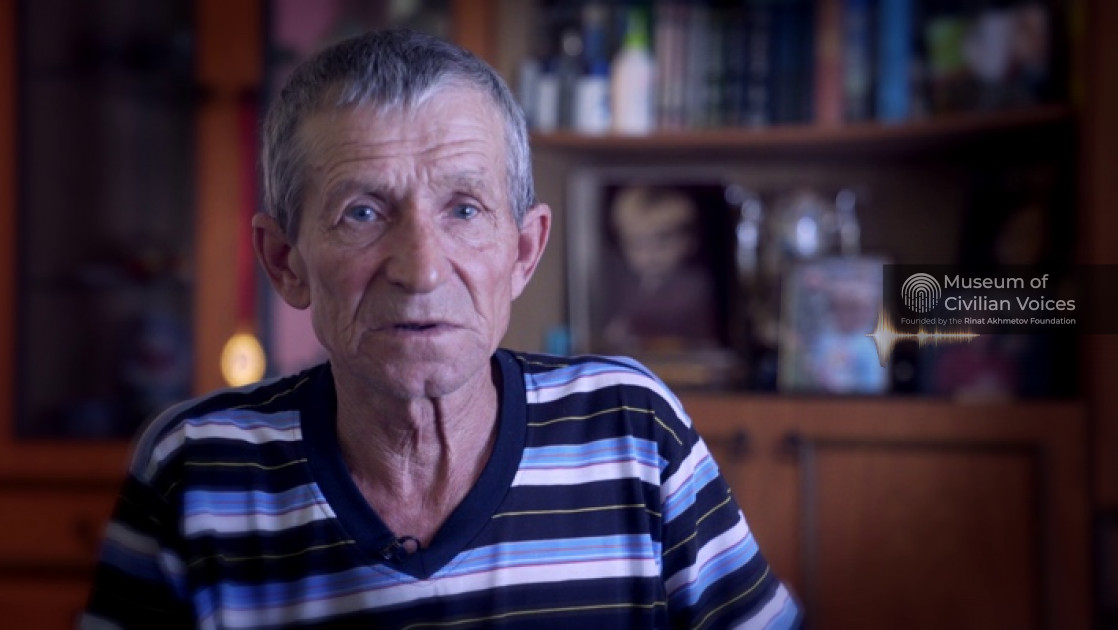 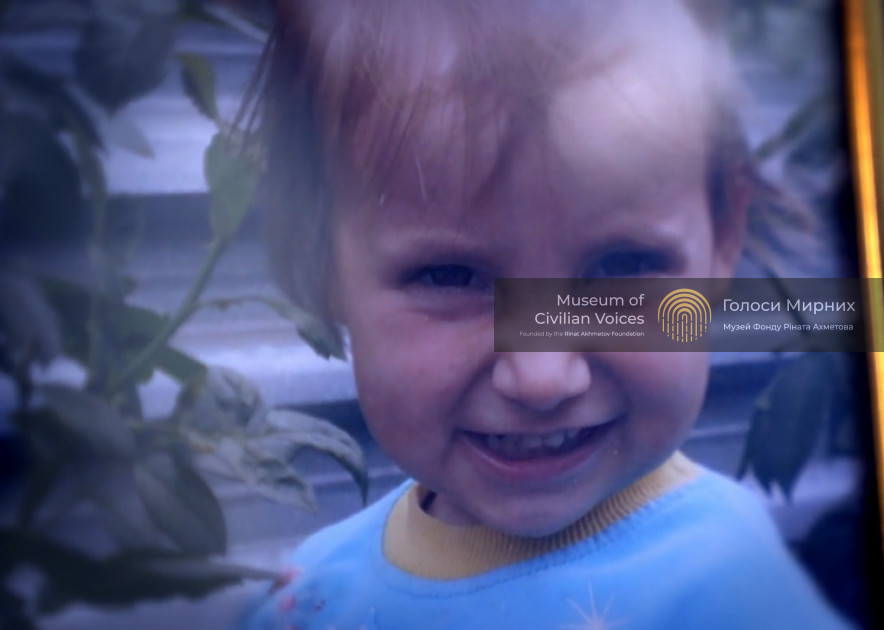 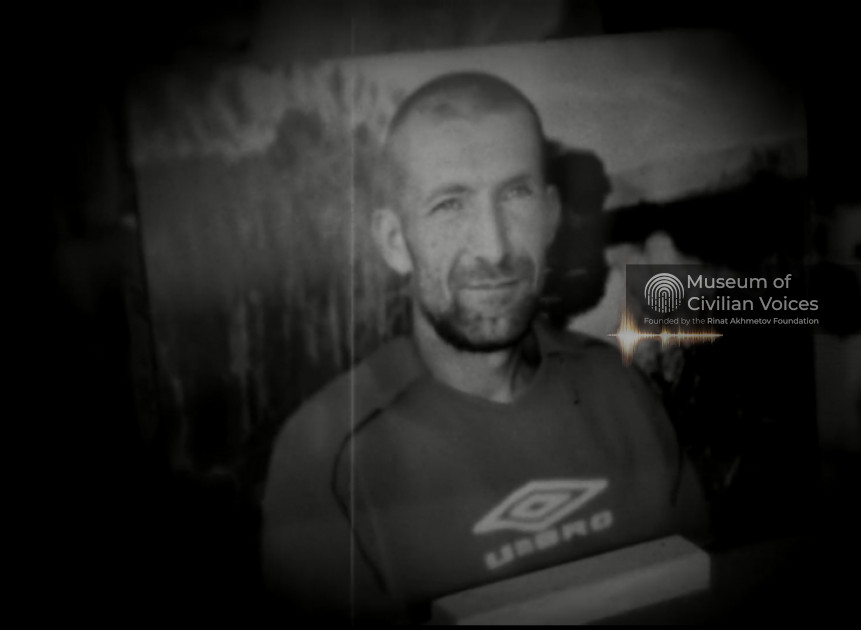 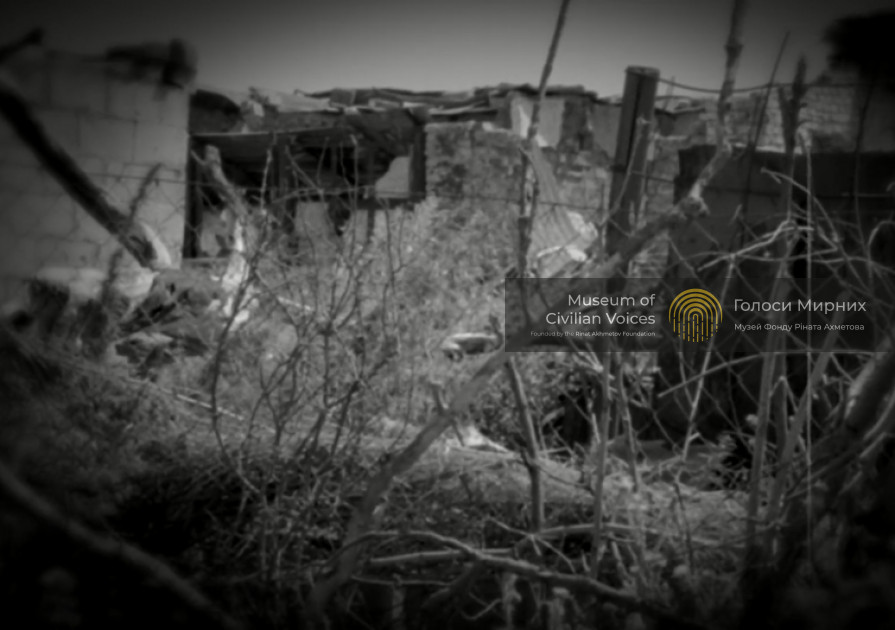 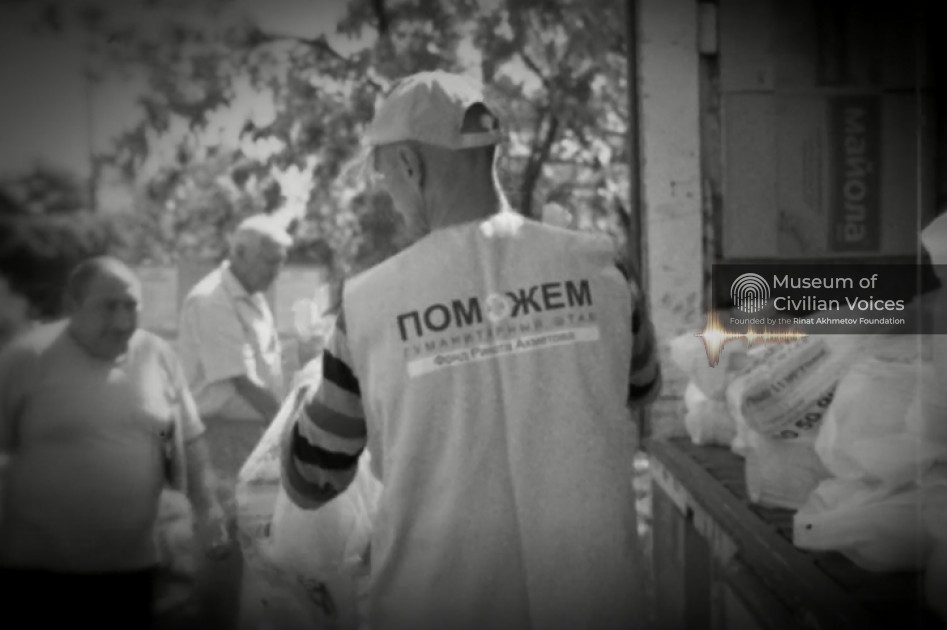