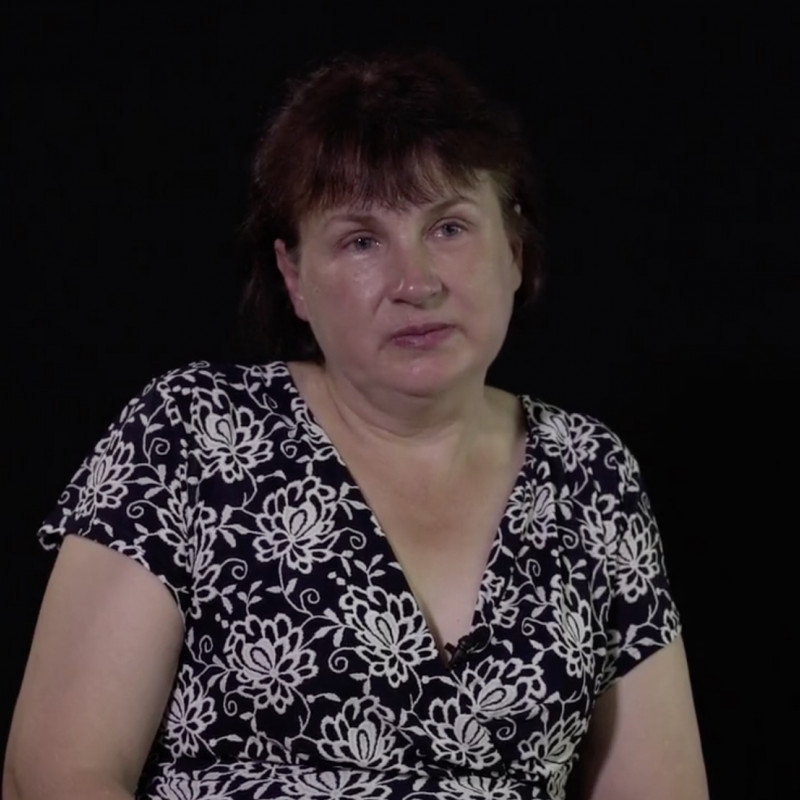 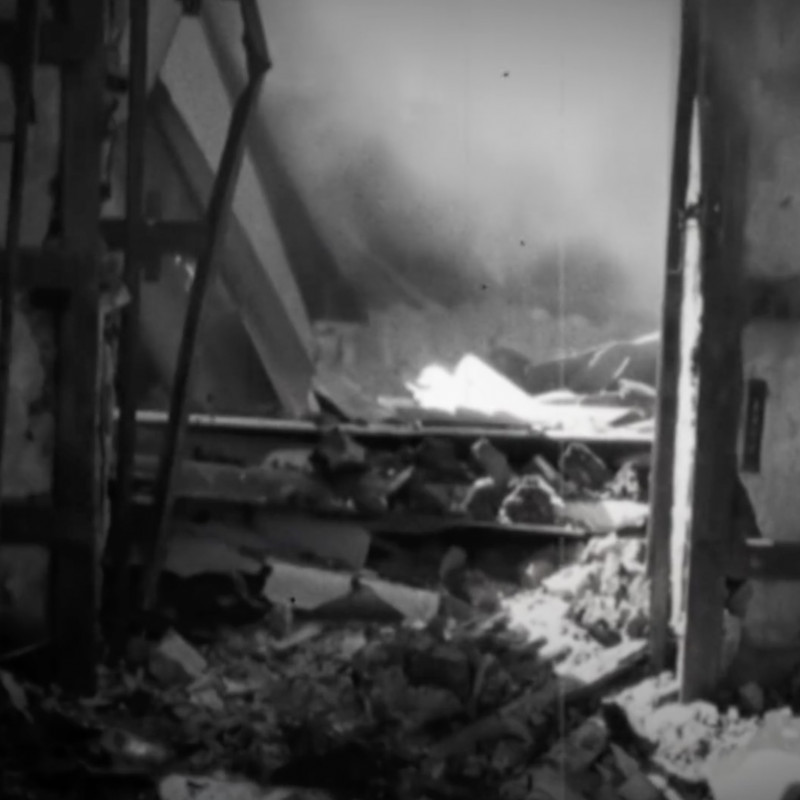 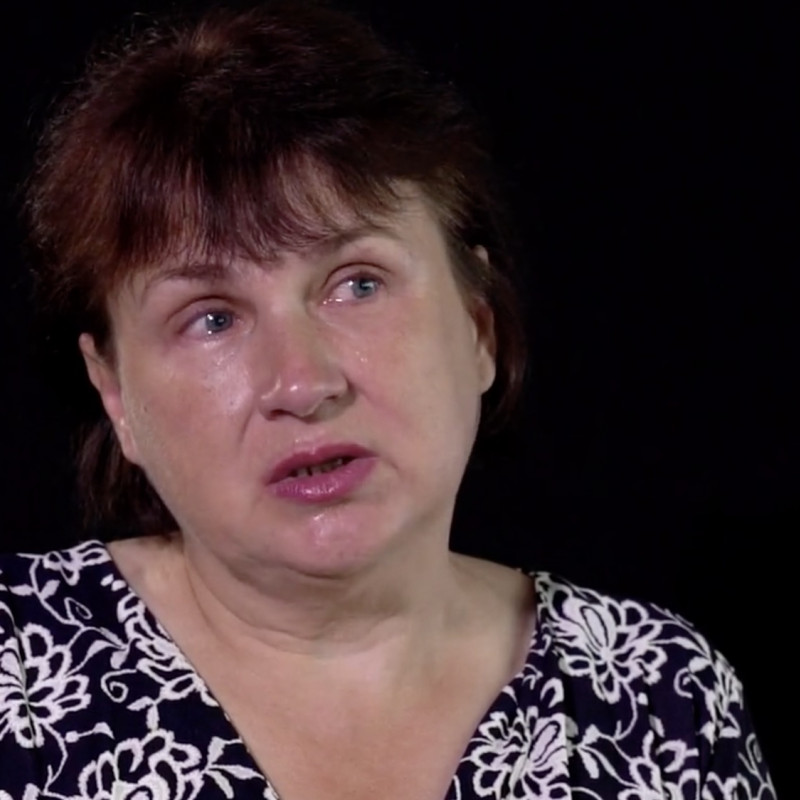 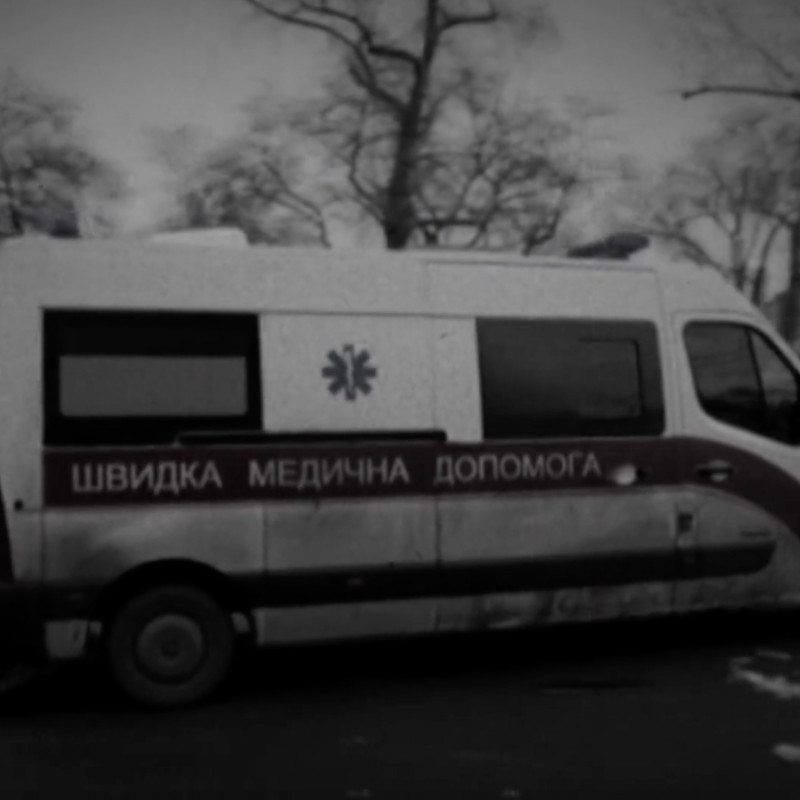 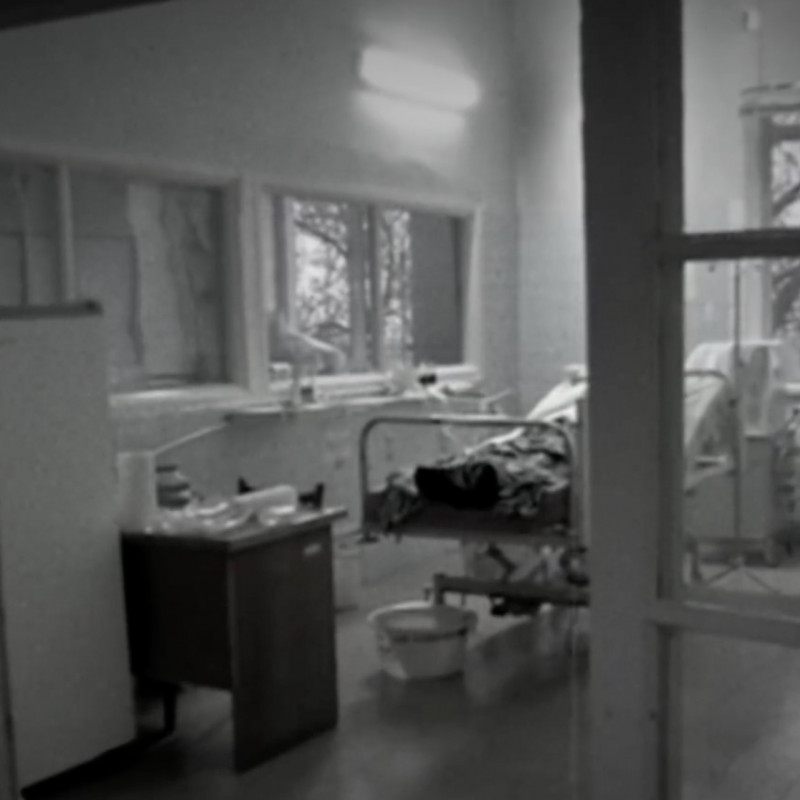 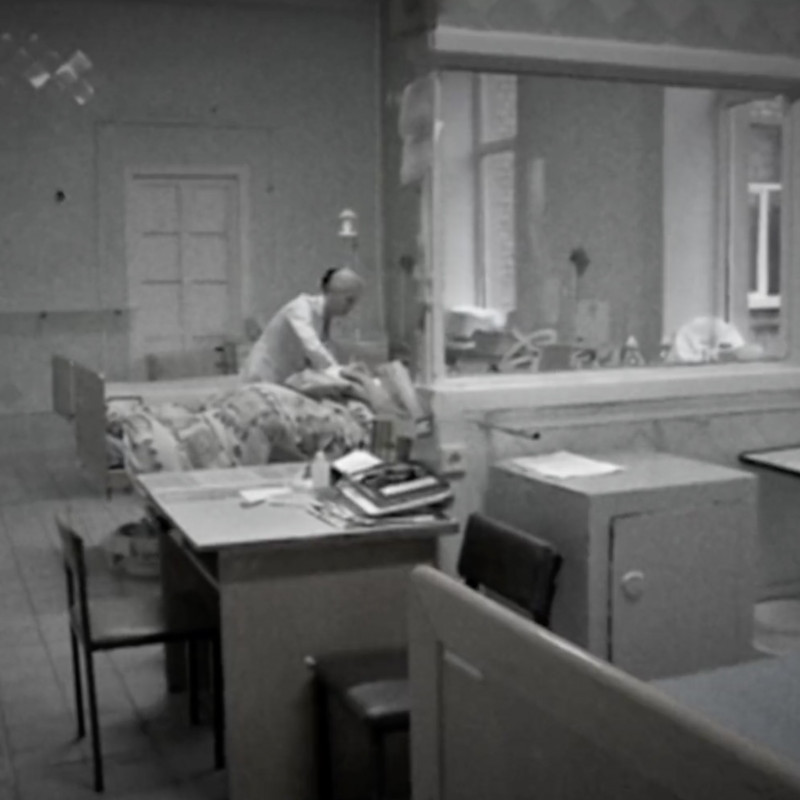 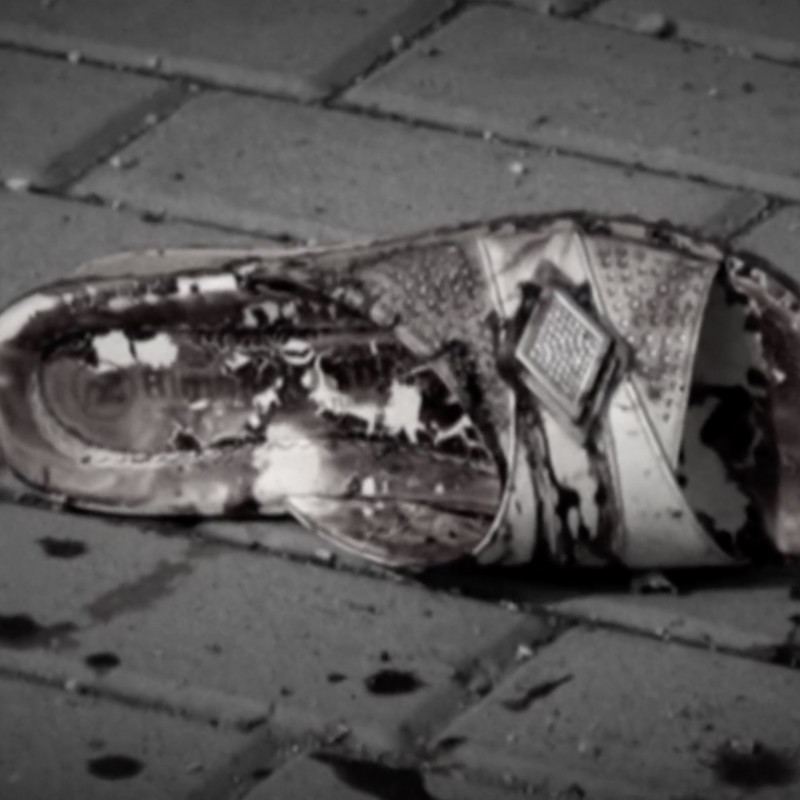 "A shell fell, and the fragments from it fell right on us"

She lived with her husband in the city of Dovzhansk. In the summer of 2014, a shell fell in the yard. It hurt three people: me, my husband and grandchild. Husband lost a lot of blood and was left with severely damaged blood vessels and tendons in his legs. One fragment of the shell hit the woman's abdomen. She had nine surgeries. Grandson Kyrylko's leg was severely injured. He had a surgery. He still has to undertake rehabilitation.

It happened on 3 July 2014. It was a beautiful day, and no one expected anything bad. Before that, there were some rumours. We prepared everything, put food and things in the cellar. However, I couldn't believe that something bad would actually happen. We didn't even know how to behave under fire.

We lived like in paradise before the war. We live in the Luhansk Oblast, in Dovzhansk (former Sverdlovsk), near the Hukovo border. The Russian border was nine kilometers away. It was a small mining town. It was so cozy. It was so comfortable. There were many sports pitches. My grandson Kiryushka and I often went out for a walk in the city in the evening.

We had antracite– high-quality coal that is delivered to power plants. My husband  gets a decent pension. He is a miner, worked with fuel-containing mass. The miners lived in harmony. I worked as a chef in a restaurant. Everything was stable.

I have two children — a daughter and a son. Kiryushka, my grandson, is my daughter's child. Son worked at the Chervonopartizanska Mine. He also has a child. Everyone lived in the same city. There was a house for sale nearby, and we bought it for our daughter. There wasn't even a fence there. The grandson ran to us every three seconds, "Grandma, what are you doing there?" We lived a very good family life. We had salaries and prosperity.

Our family was against all this. We have  Russian mines nearby: Zverev, Gukovskaya mines. In the 90s, people went there to earn money in order to pull through. And my husband said, "Look, all these mines are closed now." People were constantly on strike.

We were the first to feel what war was, because the border was close by. The Russian border.was nine kilometers away.

It happened on 3 July 2014. It was a beautiful day, and no one expected anything bad. Before that, there were some rumours. We prepared everything, put food and things in the cellar. However, I couldn't believe that something bad would actually happen. We didn't even know how to behave under fire.

On 3 July, Kyrylo and his husband were in the house, I was on the street. Kiriushka was two years old then. I was busy with the housework. We live in a private house. A neighbor passed by, we exchanged greetings and started to move around, and then we heard a banging sound. The sounds were coming from everywhere. I believe so.

I waited and then ran to save my neighbor. After all, the sound was close by. He lived not far from us. I wanted to help the man. Stupid me, I ran there. And my husband jumped out with Kyrylo in his arms and said, "Where are you running to? To the cellar!" I came back. A shell fell, and the fragments from it fell right on us. And all three of us at once, in one minute, in one second... Everything collapsed.

It's good that we did everything consciously. We reached the cellar even though we were wounded. My husband called an ambulance.He had a phone with him. They called the city gas authority because the street gas pipe broke through. I called my daughter.She was at work.

The ambulance arrived in 40 minutes. What was going on around the cellar was impossible to convey. I gave my husband a rope, because his feet were bleeding. I could not see myself. Then my husband told me: "You were as pale as the ghost."

I put Kiryushka on the floor because my husband couldn't hold her. Then the child screamed, "Grandma, it hurts!" I said, "Kiryushka, be patient, grandmother is also in pain." And husband was lying in a pool of blood. He said, "Luda, either I'm going to die now or do something. Find the rope." I found a rope, and he bandaged his legs, because the arteries and veins were torn to bits on his legs.

Then daughter and son came running. Then an ambulance arrived. They took us to the hospital. Husband was taken straight to Luhansk, because they were afraid that he would not make it. I and Kiryushka had surgeries. I got a fragment in my buttock and in my bowel. Everything was ruptured. I have had eight operations, the ninth was performed only recently, in March, in Zhytomyr.

Husband had an operation in Luhansk. He has no arteries in his legs, no tendon.  On the second day, as soon as the operation was performed, he left Luhansk from the regional hospital and came here to receive treatment.

Kiryushka's leg was injured. He was taken to the trauma unit. He had no calf muscle at all. So everything collapsed in one day.

So we know what war is, what fear is. All this is not from books, we have all experienced it…

Now we have settled in Pavlohrad. My grandson started playing football professionally. He is building muscles now. He is given massages, he jumps on a trampoline, and he rides rollerblades for basic development.

I see these little children who know what war is. Kiryusha was about six months when it happened. He is still afraid of thunderstorms. I say, " Kiryusha, it's raining." "No," he says, "grandma, it's a man, and he might hurt me." I say, "No one will hurt you." I took her outside and held out her hand. It is very scary when a child is afraid of a thunderstorm.

Even now, when a plane flies, he is worried, "Oh, grandma, what is this?"  I say, "Kiryusha, it's just a plane flying," and point at it. It was terrible.

I wish that the war would end soon. I don't want anything else. 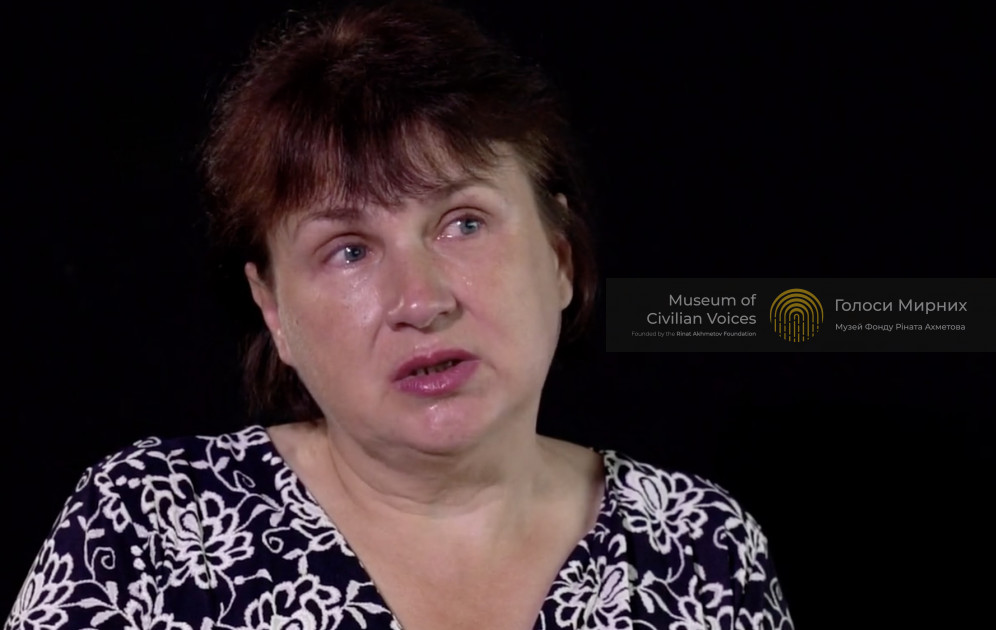 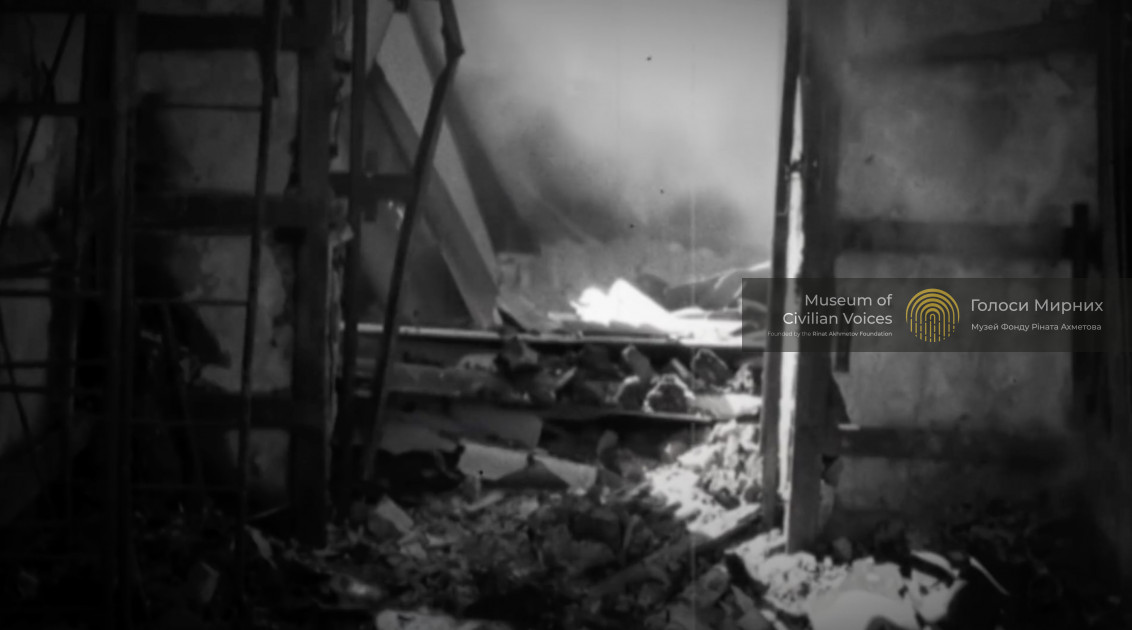 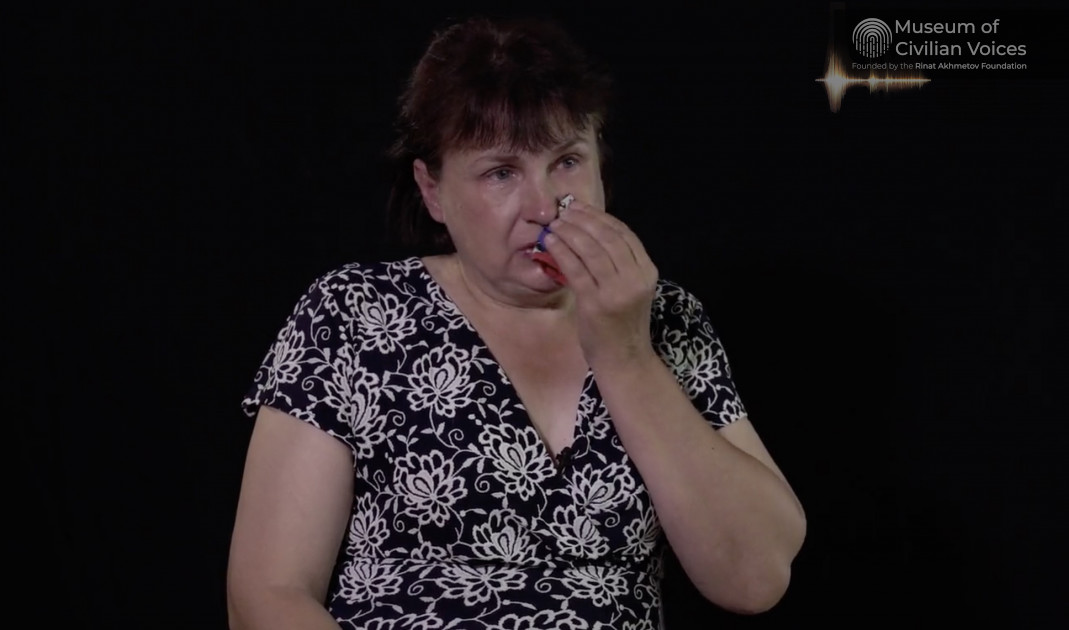 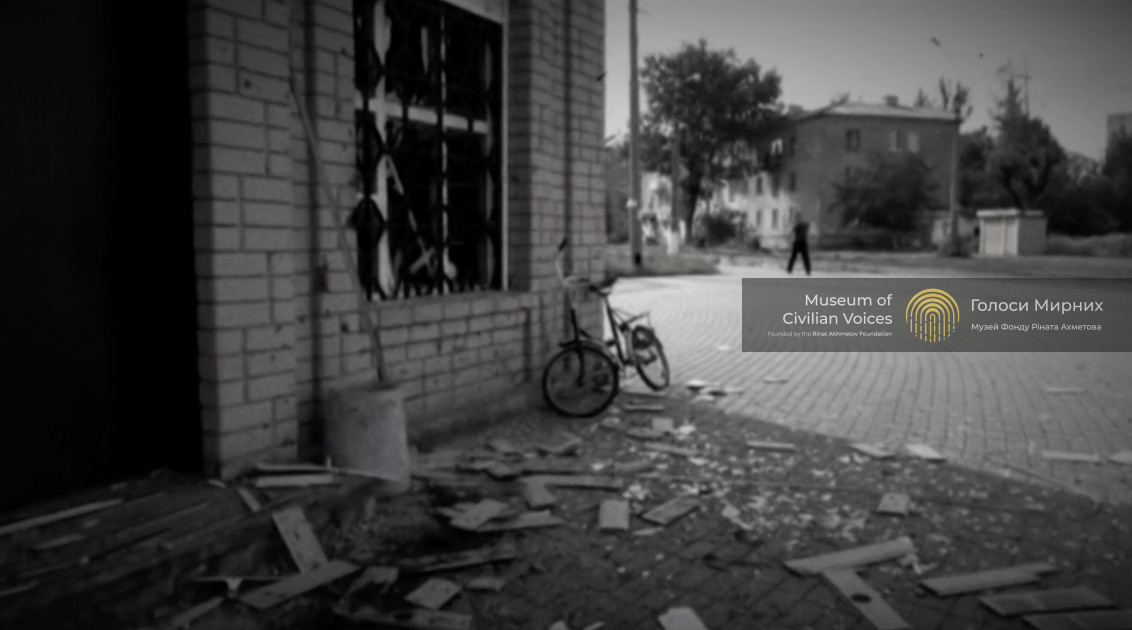 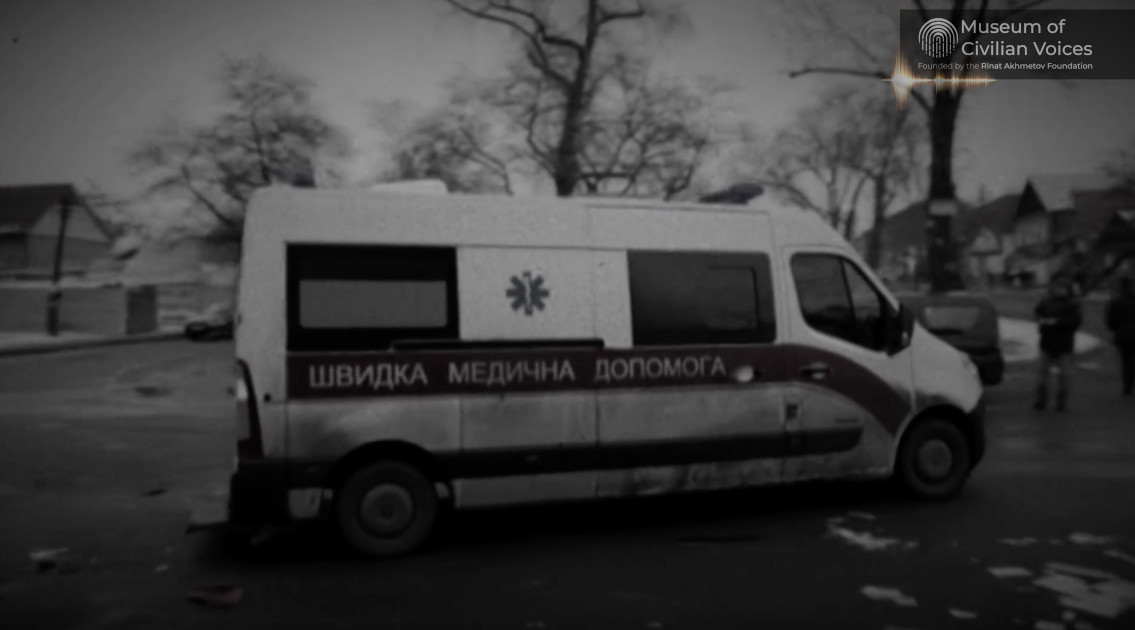 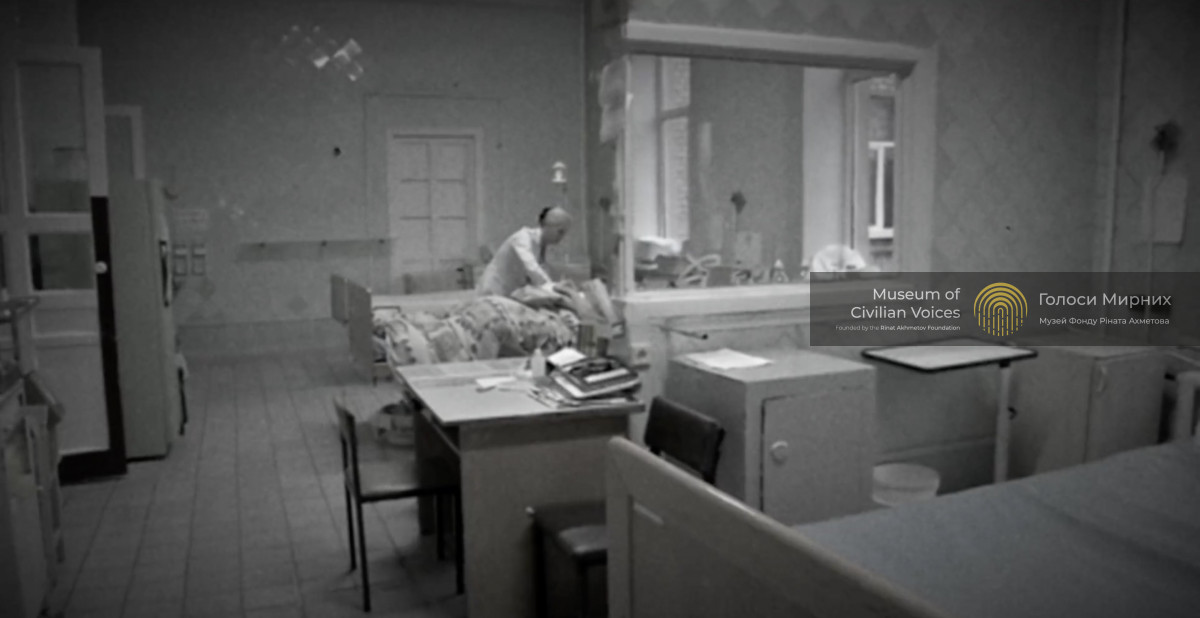 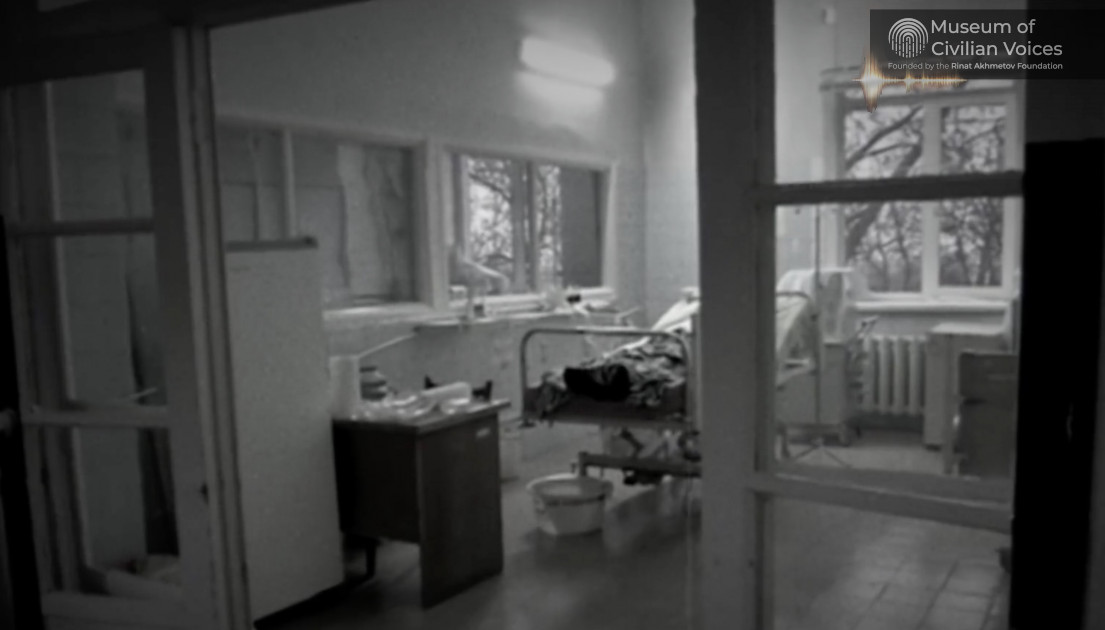