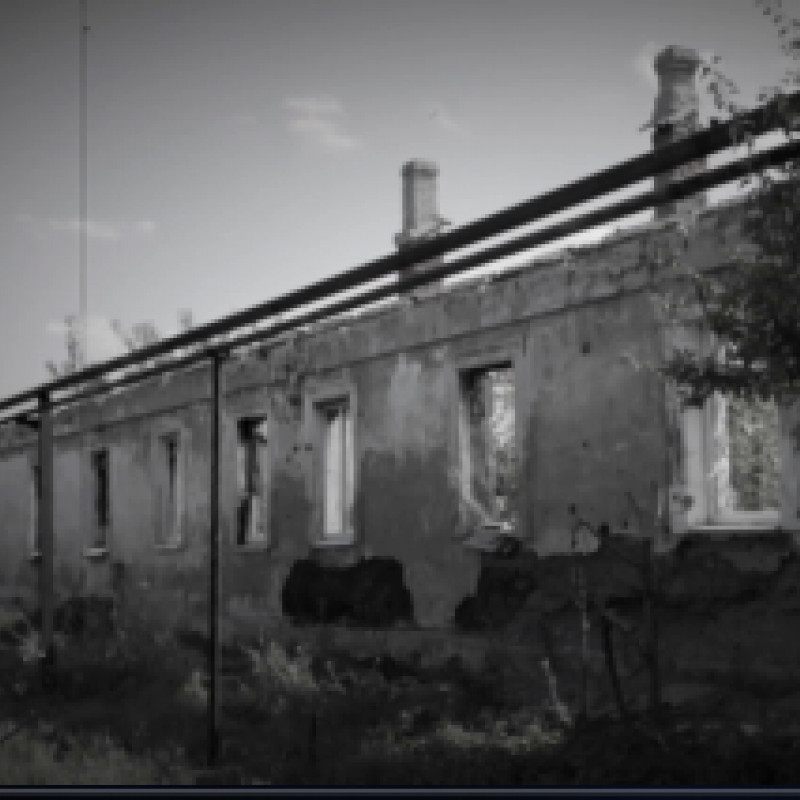 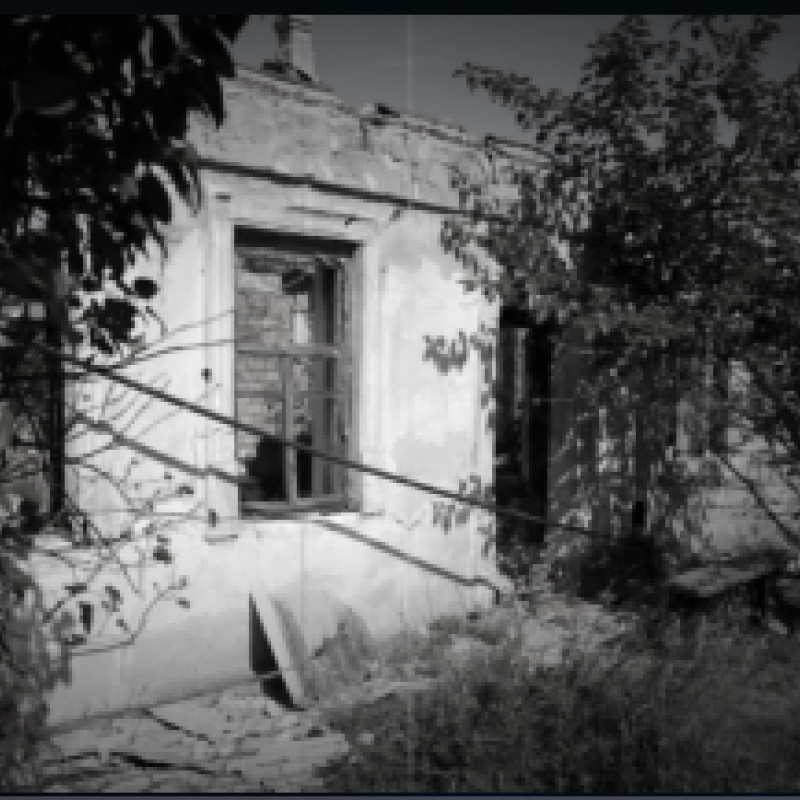 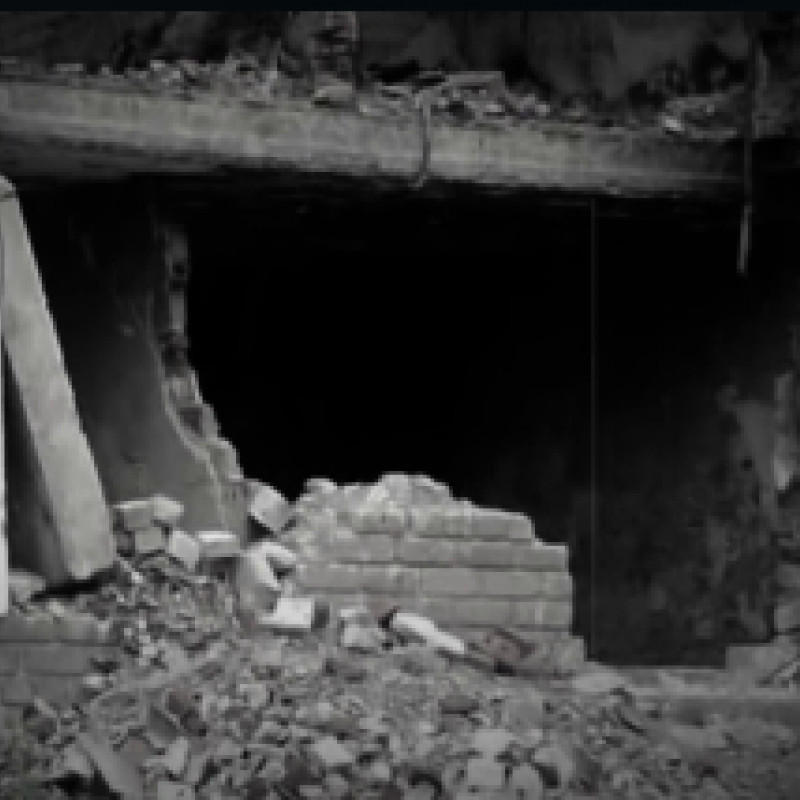 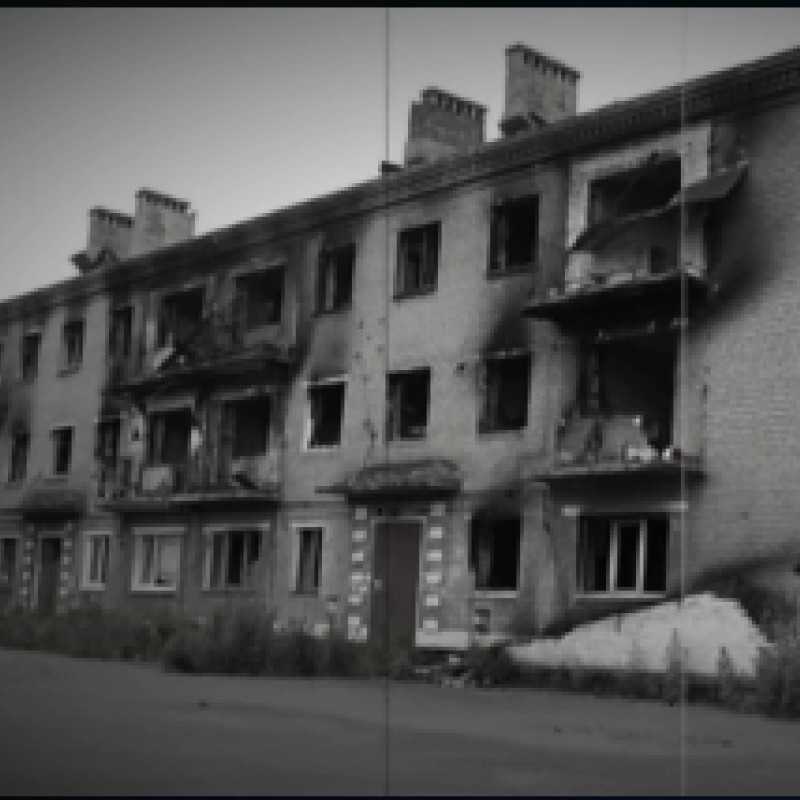 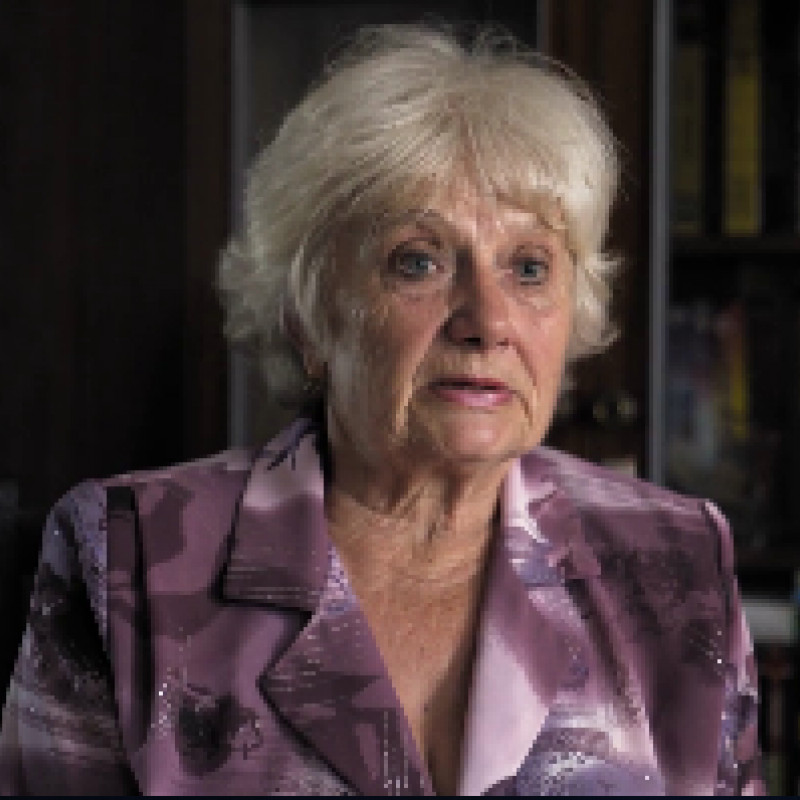 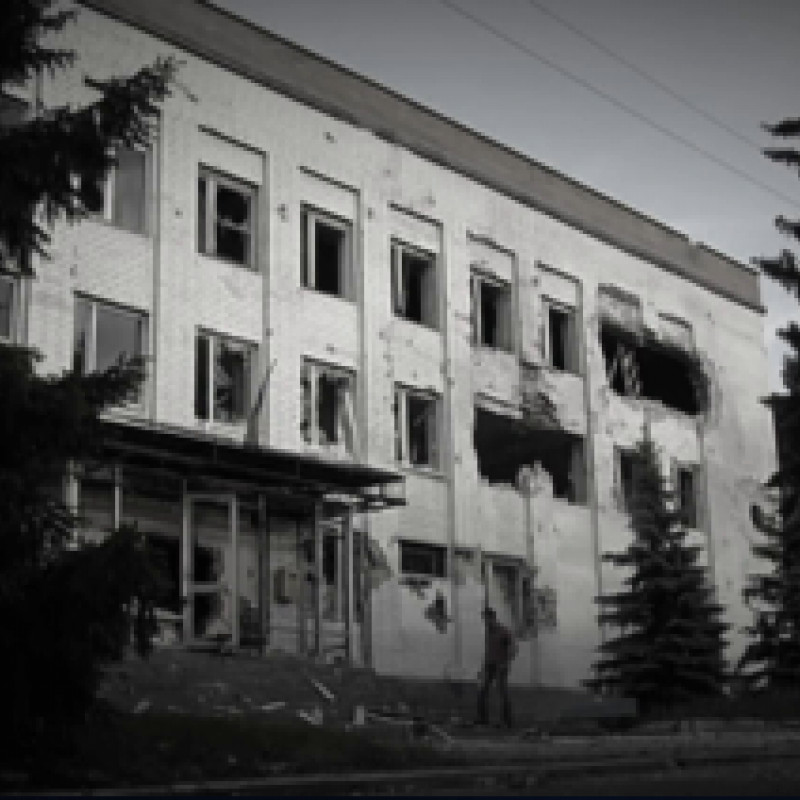 "The projectile doesn't say who it belongs to"

She lives in the village of Marinka. She hid with her family in the basement during the shelling attack. He remembers this period with horror. Many times came under massive shelling.

In 1956, my father was transferred here, to Marinka, from Donetsk. He was a police chief. So our whole family moved here. I had two brothers. My parents had died. Brothers are gone, too. Children — a son and a daughter— have grown now. Son lives with us, and daughter is married. She lives with her children on another street, also in Marinka.

My husband was working as an emergency driver when this peripeteia started. My son was working in a dairy factory. Daughter worked in a kindergarten, and now she is a Regent in the Church of the Kazan Icon of the Mother of God.

"There is no such town anywhere else"

Our town was so lovely. Almost 11 thousand people lived here. A tire repair plant, dairy, road construction company, collective farm, state farm operated at that time. We also had a great food factory.  She won the Golden Eagle Prize – they went to France to receive this prize. There was a special farm, which grew minks. It is a small town, but so space effective, so alluring.

Our schools were orderly and clean. Teachers were hospitable, always friendly and helpful. We also had a pool. Our sports school is still functioning.

We had a boarding school for orphaned children. Rinat Leonidovich Akhmetov also made a contribution and helped a lot. Each class was assigned to some enterprise in the district. We received assistance. There were 300-350 children at that time. They were fully provided for.

Our people are very nice. I worked as a secretary in a city council for almost 20 years. I knew every family. I really knew people, what were did. They came with various questions and asked for advice, "Antonovna, no one else can tell us but you. So we came to see you." I love my town, I love it deeply. I'm in a lot of pain for it.

Our Marianka was radiant. It was always clean and tidy. People behind the courtyards put things in order, whitewashed the road kerbs. Maybe it was a bit old-fashioned. So what? Still, everything was white, clean, and beautiful.

We have how many thousands of people lived – that's how many roses there were in the city! 10,000 roses grew in Marianka. Our town was beautiful. We were very dynamic, held many events. You know the saying "Let's go the limit."

You know, I don't think there's a town like this anywhere else.

"No one understood what happened"

The first attack happened suddenly, unexpectedly. We were resting on a bench in the courtyard. It was about 10 o'clock in the evening. And then suddenly something incomprehensible flew past us and broke. We were all taken aback, the whole family – something huge was flying overhead.

Neighbors called, "Nina Antonovna, what was it? What is it?" I say, "I don't know." Those were some serious shells. No one managed to sleep that night.

All the neighbors gathered on the street in the morning. No one understood what happened. Son immediately ran to his factory [he worked as a mechanic] to find out what happened there. And the husband on the second day took his daughter's family and children to Kurakhove, and they were there for two months.

A lot of people and houses  on the street were damaged. Husband took the children and also with a pre-infarction condition was taken to the hospital in Kurakhove.

"My husband's head was nearly cut off  by a shell"

The most terrifying moment is when a projectile was flying very close… Son managed to fall under the nut tree, and husband did not have time to run to the basement. I managed to get there, but he didn't. If he had been taller, his head would have been blown off. The shell exploded at the end of the garden. There was so much dust that I did not understand it at first: whether it was dust or smoke. I thought that the neighbors had a fire.

You can't get used to it. Many people lived in basements. At first we hid there too, but it is cold there. We froze in it. Our basement was built at the beginning of the twentieth century. It is made of wild stone. Both walls and vault. God forbid, the vault falls. We would die in a second. So we stopped hiding there.

My men immediately said they would be in the house. And then I thought, "Well, I will not torture myself, too. What is meant to be is meant to be. And I moved to the summer kitchen.

It is needless to say that we have experienced a lot. It was terrible. Horrible. Unexpected. I would not wish it on my worst enemy to live through this hell. I wish it would not happen again.

"We will never this beautiful Marinka again"

Children were transferred to distance learning. They received assignments, did homework at home. Then they had to bring the homework assignments on a particular day. The teacher checked then and gave other tasks. We really appreciate that the teachers, came to school and worked no matter what.

I would also like to express my gratitude to our doctors. Our outpatient clinic did not close, it worked. And all the doctors continued their heroic work. The ambulance and emergency unit were operational as well.

The kindergarten did not work temporarily, but then they also started collecting children. People began to come back one by one, although situation was still restless.

There were no entertainment events, nothing. Many people had left. The town was deaf. We will never this beautiful Marianka again.

Tears rolled down my cheeks. You just wonder why it happened here. Why were people kicked out of their hometown? We didn't deserve it.

I wish that all this mess would end faster. I wish peace would come soon. So that people would sleep quietly, not jump up at every sound, at every rustle. Mental health of many people deteriorated.

We don't know who is to blame for this. When a shell hit the roof, the police asked me, "Where did it come from?" Well, I said that a shell does not have a name where it was was hit from written on its back. Whose is it? It does not say. If it was, we would know who does all this.

I would like to express my gratitude to various funds. Our residents received humanitarian aid and building materials. They could repair their houses. People from Odessa came to our street to repair the roofs that were damaged. Thank you all!

There are so many people who are grateful to Rinat Akhmetov! They received humanitarian aid —basic necessities. It is important, especially for those people who have a minimum pension. What can they buy receiving such miserable payments? And where? And they receive pasta, cereals, sugar, butter, pates. I also get humanitarian aid. Many people appreciate this very much. 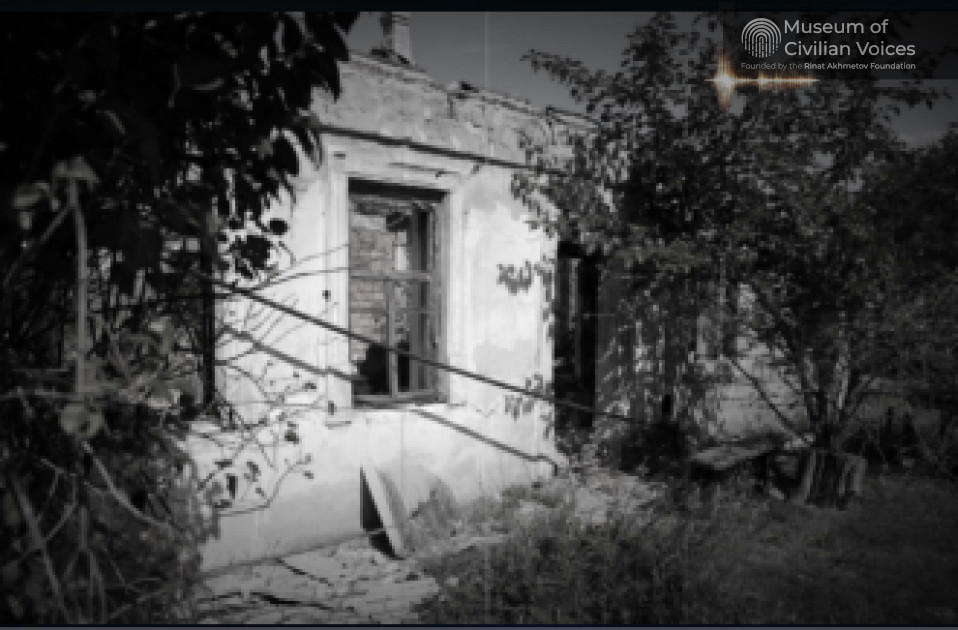 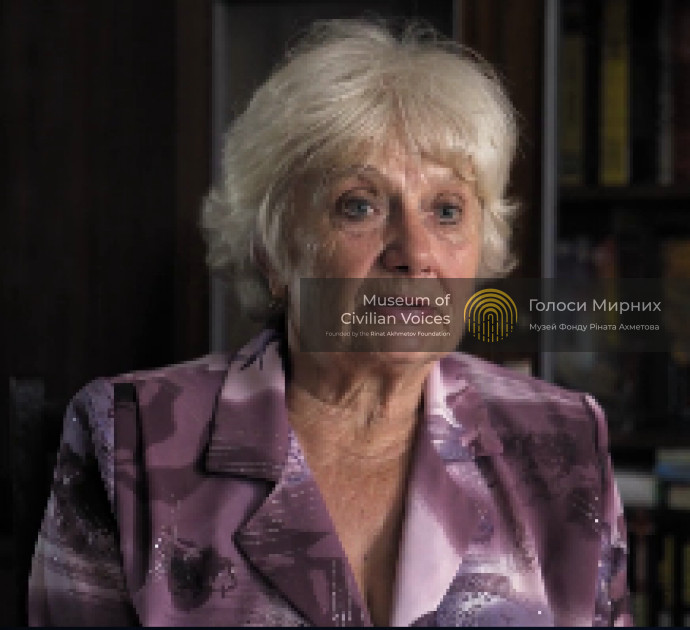 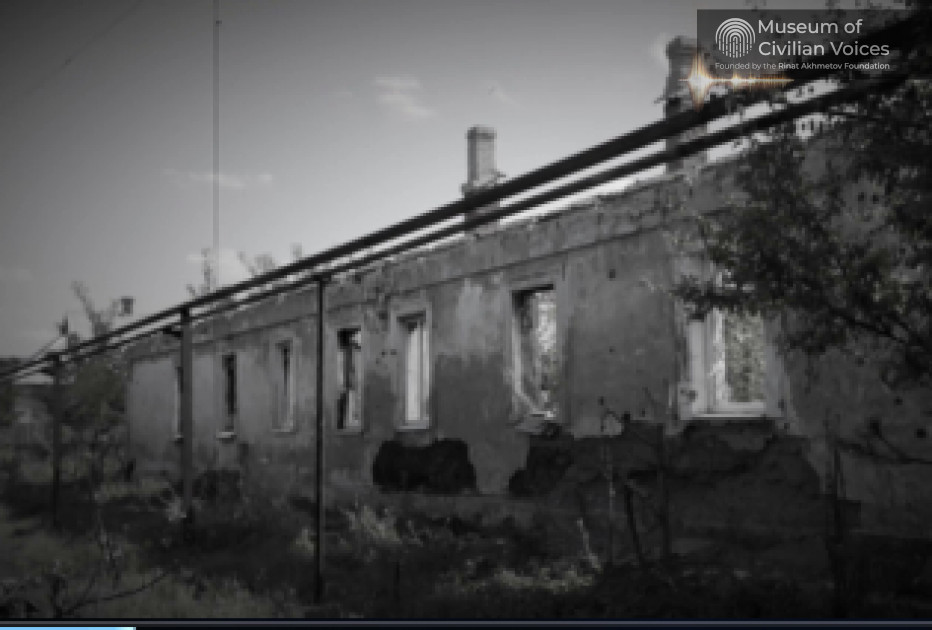 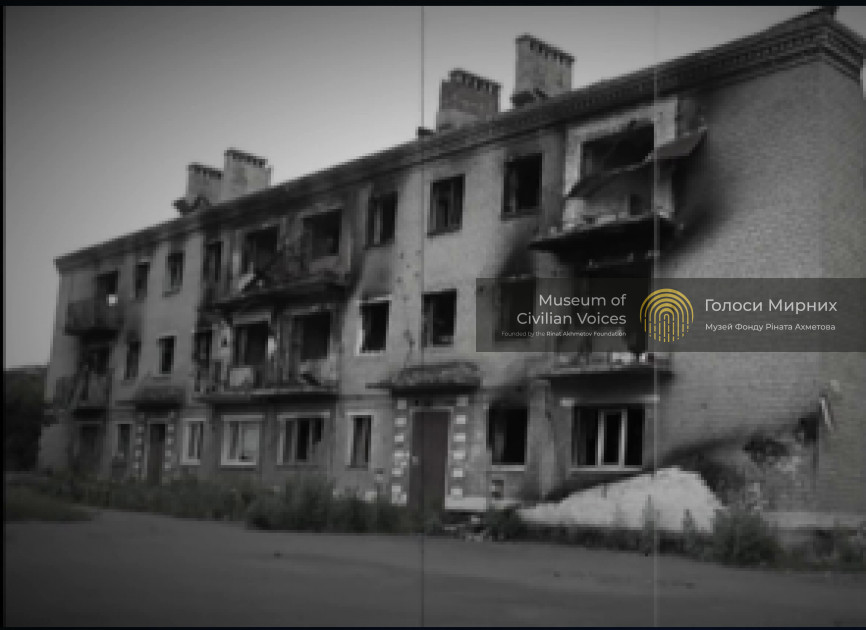 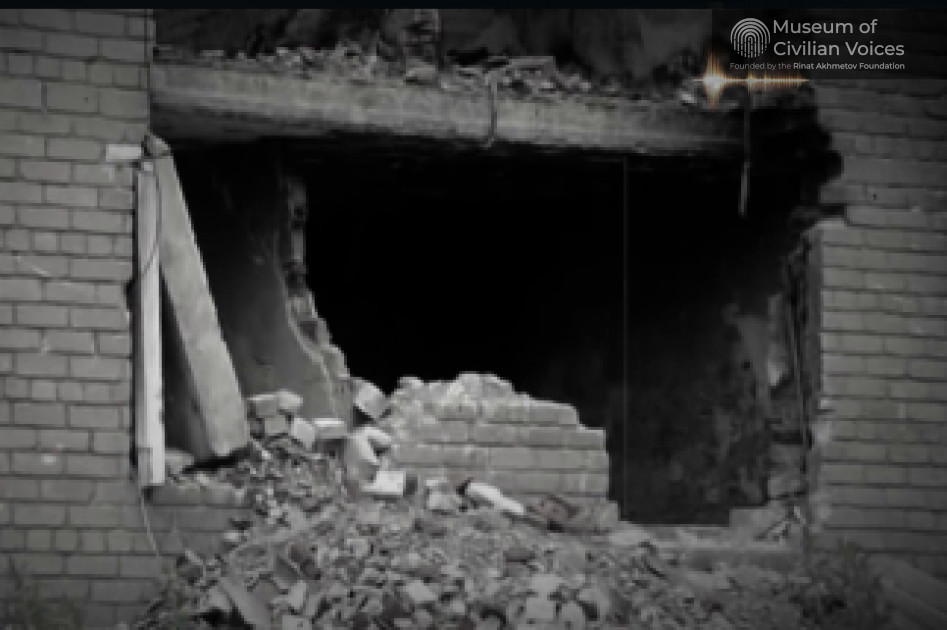 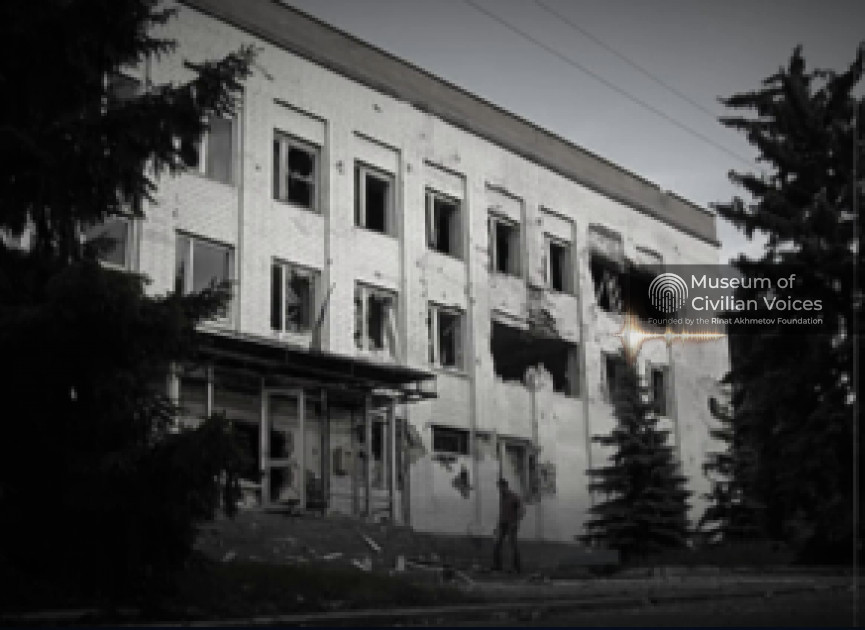 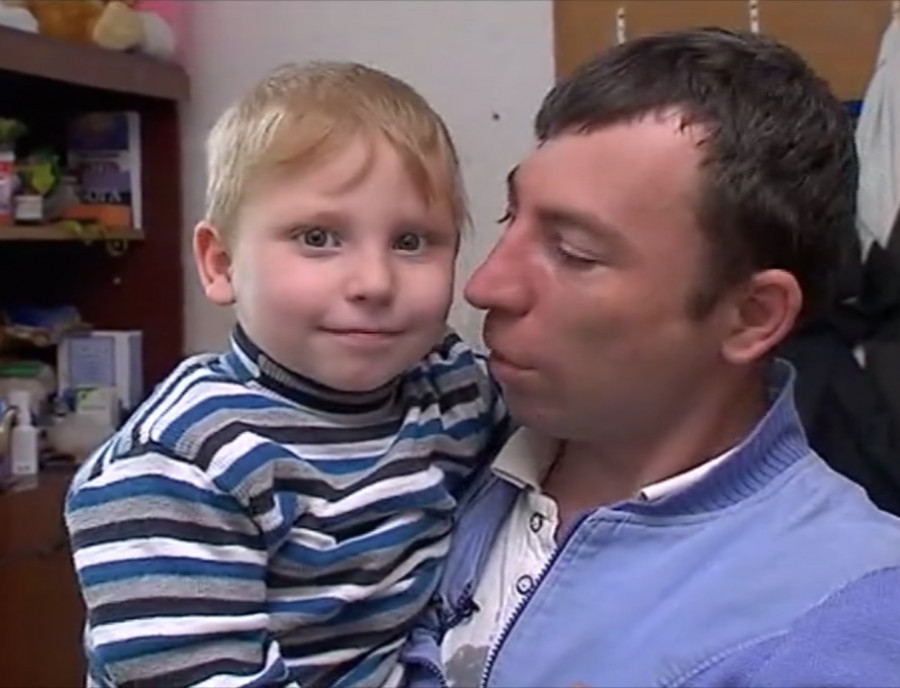 Material added to your library
“I grabbed the children. Where to run? Everywhere it falls, everywhere it bombs"
Oleksandra and Oleksii Vodko
Marinka 2014, 2016 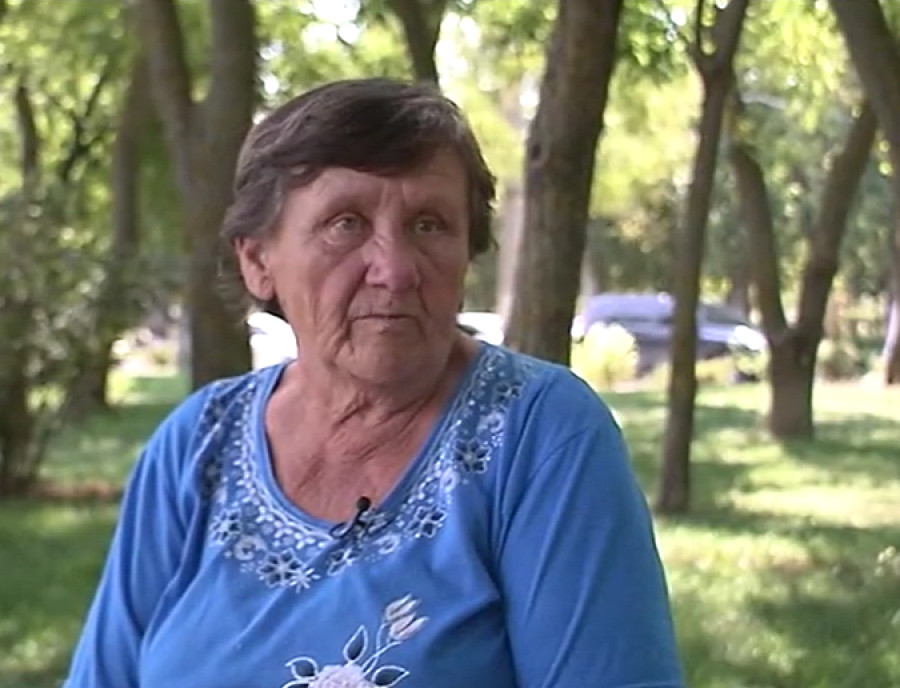 Material added to your library
"When the shelling started, the children ran to save us. Then an explosion occurred!"
Liubov Viazova
Marinka 2014, 2017 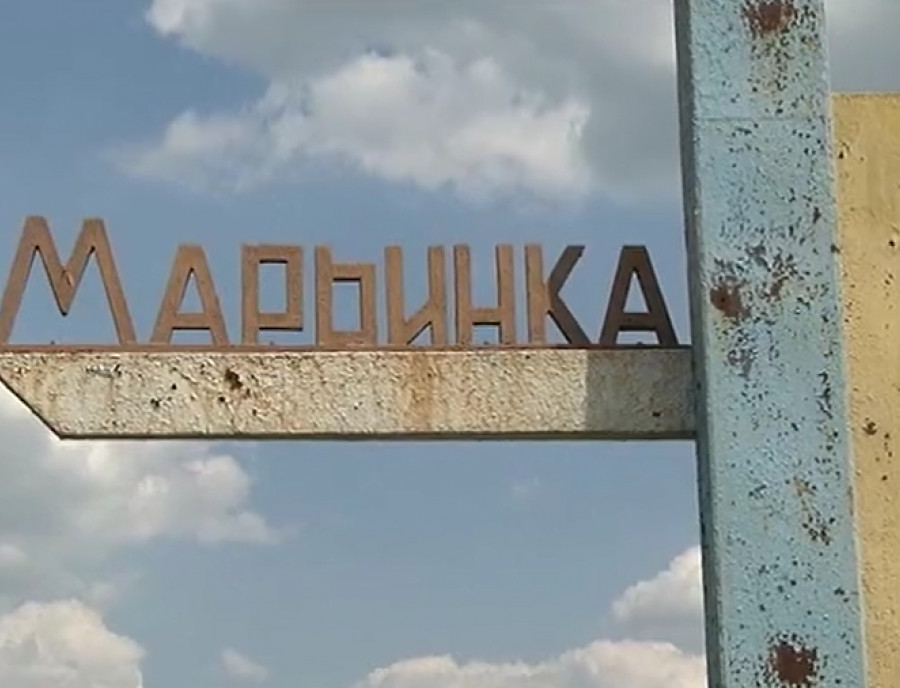