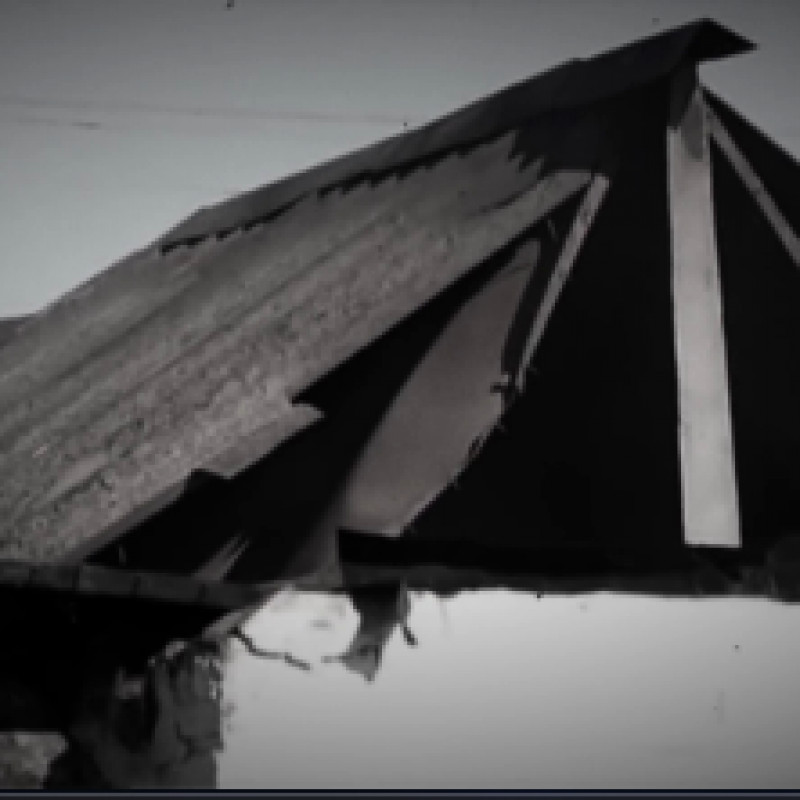 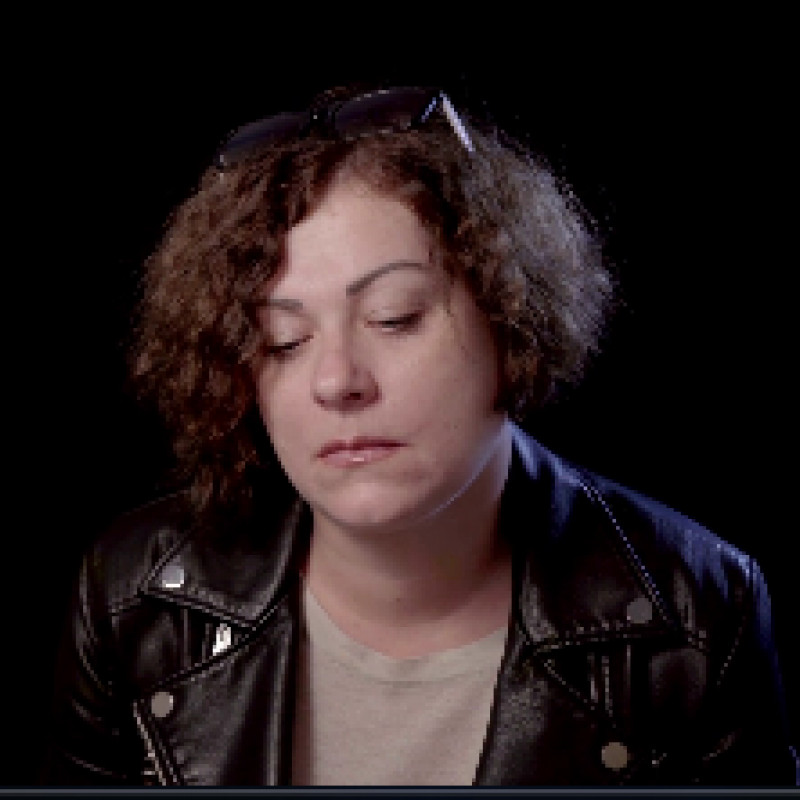 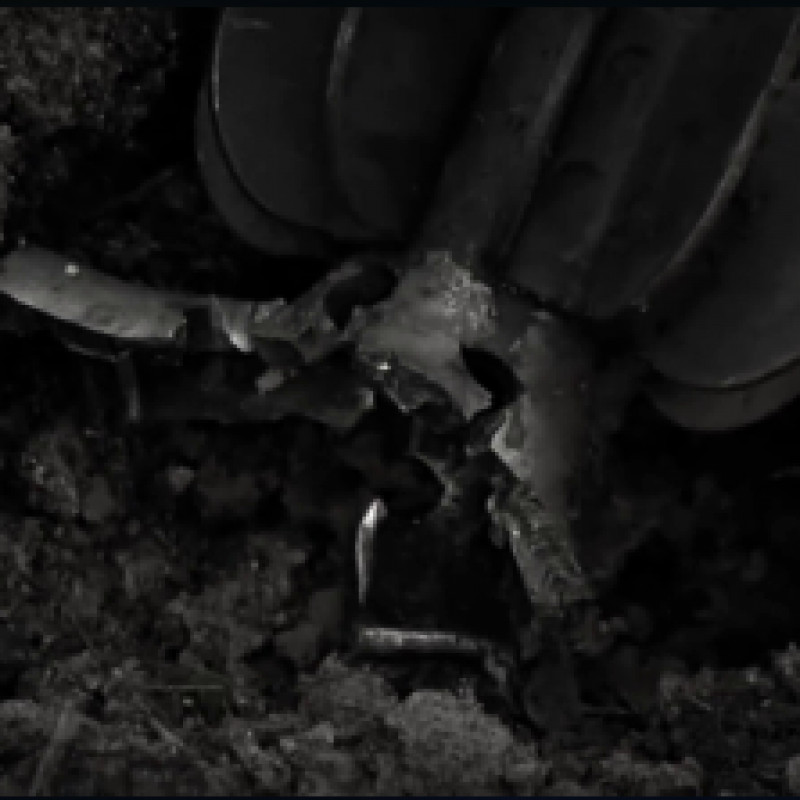 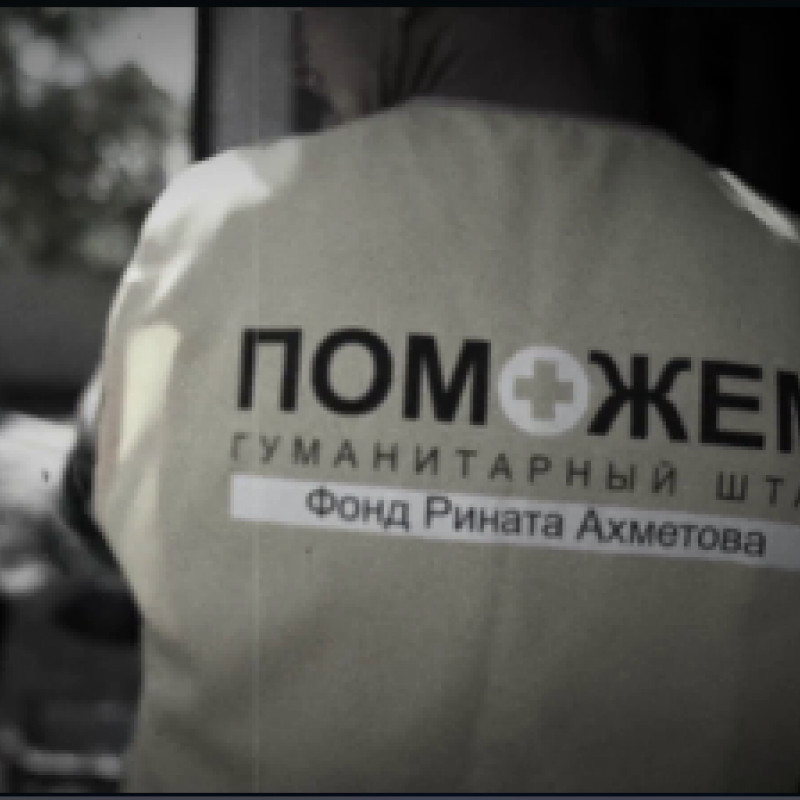 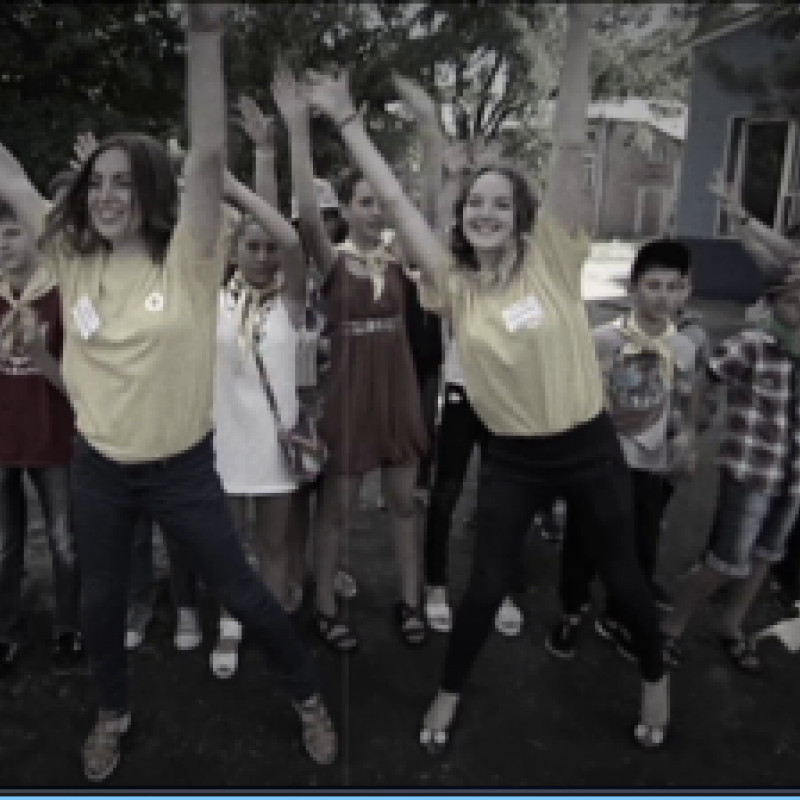 "You can immediately tell a migrant from a local resident"

Single mother. The war took away her mother, who was unable to recover from the shelling of the city and died of a stroke. Son suffers from asthma. A shell hit the school toilet, next to the classroom where the lesson took place. He narrowly escaped death. He shut down after everything he experienced. Now he is undergoing long rehabilitation.

I wish that peace would come. It probably won't be the same again

I forbade my mother to watch the news categorically, because immediately her blood pressure built, and her heart ached. I don't watch it myself either. I buried my mother and then my young man two months later. It was very difficult. People supported me, and I had to be stronger for my son's sake.

He has asthma. His eyesight deteriorated due to constant stress. Before that, he could see clearly.

And my eyesight failed, too, because of nerves. But his hands were shaking at the same time. Basically, children do not perceive it or fear if someone talks loudly.

When we arrived in Mariupol, we  could immediately tell the difference between our people and others. Who came along and who didn't. if there was a sound, something fell somewhere, our people will twitch, and local people just pass by it. They don't feel it.

It seems to me that a person who has felt all this will understand, and who does not know… I faced negative attitudes here when I got a job. Factories were closing down at that time, people were being laid off, and they were being sent on free vacations. And my partner said, "Here you are, taking someone's place. The factories have closed, and we are out of work. Local people could get jobs, and here you are! You've taken someone's place." I said, "How come did I take someone's place? I arrived here, and you cannot imagine how hard it is to take a suitcase and go God knows where."

I have never been to Mariupol before. Then, when all this happened in Skhidne [shelling], then people became more loyal.

"Tanks stood in our yard"

We were at home during the first shooting attack. We lived on the second floor, we had a two-story building and had basements. Each apartment has its own basements that look like sheds. We went down to the basement with the children, because it was very close to all this rattling.

Tanks stood in our yard. When they started shooting, tanks drove up, and my mother came and said, "Go to the basement, it's going to start now." This is something inexplicable. You begin to fear for your children. I can't even explain this feeling, it is panic.

We have seen a lot. Explosions, impacts. My son's class is near the toilet, and the projectile hit the toilet, it was in the classroom, if someone... my child recovered for a long time. Now only a little begins to get used to peaceful life, it is normal to walk on the street, but there are no friends – we are alone. .

We decided to leave in the evening, and in the morning we packed up what we could. We left on 24 August, it was summer. We took what we could. What can you take? You can't carry everything on you. Documents, money, some things for the first time. We lived in Talakivka. We showed up just incidentally. There was a bus, we reached the town of Novoazovsk and then blocked all roads and caught a bus to Talakivka. People suggested that there are empty houses there.

We were immediately given housing. The condition of the house, of course, is not with the same as mine. Your house feels like home. We have already settled here. People supported us whenever they could. Social services helped us, as well as Rinat Akhmetov. The Rinat Akhmetov Foundation brought food packages. In 2014, we received four rations for each family member. We often got them. We really appreciate this.  We accommodated the place slow and steady.

When my mother was here in the intensive care unit for two weeks, it  cost big money. The Executive Committee of our district had a program: collect receipts and then you might have some amount returned. My mother died in December. And the next day I came to the Pension Fund to get a death certificate, went to the Executive Committee with the documents, certifying the expenses. I was told, "You're not supposed to, she's dead. The only thing is that the state will give you three pensions, and not right away."

I asked, "Where do we take money do for the burial from?" Moreover, we had to transport her back home. We buried her there. It was also difficult, there were problems with transportation. 45 minutes we were at the checkpoint, filling out a Declaration for the body import. It was a blessing that it was winter. And how can a body be transported in this situation?

For some reason, they don't like migrants here. They think that we get everything for free everywhere, and we are doing quite well.

We have many problems, especially with documents. I can't restore some of them. This is a very considerable expenditure — both time and money. My child needs to get a passport, but I do not have a residence permit. He has a residence permit, but I don't have it on my hands. That is how we live.

A shell hit the school field in the school in Donetsk, where the children were studying.  Well, it was in the morning, so the children had not come yet.  The children did not go to school for two or three months, when it all started, they stayed at home, they were not allowed anywhere.  At that moment, we took our nephew. He was with us. We decided to leave: I, my son, my mother, and my nephew. I had to face with the fact that I could not get custody of my nephew, or a certificate of resettlement, since I am not a parent. By law, I have no right.  I said, "How so? He is not homeless, isn't he? He is here, with me. "How come you can't register him anywhere?" He lived here for six months, couldn't go to school, couldn't go anywhere. In the end, I gave he back. Sister said, "Bring him back." That is how we did. He is there now.

We do not talk about this when he is around, because he immediately  begins to cry. Although he is a big boy now, 15 years old, but he does not talk to us about it. I tried to take him to psychologists here. It seems like it started to get better, but I had to take him back.

My mother died six months ago. She was a disabled person of group III. When the war started, all her illnesses resumed. We moved here, she started having heart problems. She died of a stroke. Son immediately grew up after the death of his grandmother. He started doing something around the house. If we get sick, he goes to the hospital himself. God forbid, something would happen to me.

I wish that peace would come. It probably won't be the same again. I wish that children would not see all this horror, so that they were not afraid, and we were not afraid to let them go out on the street. I would really like to have my own home. Quiet and cosy. I would like not to be afraid to live on. And to know what tomorrow will be another day. 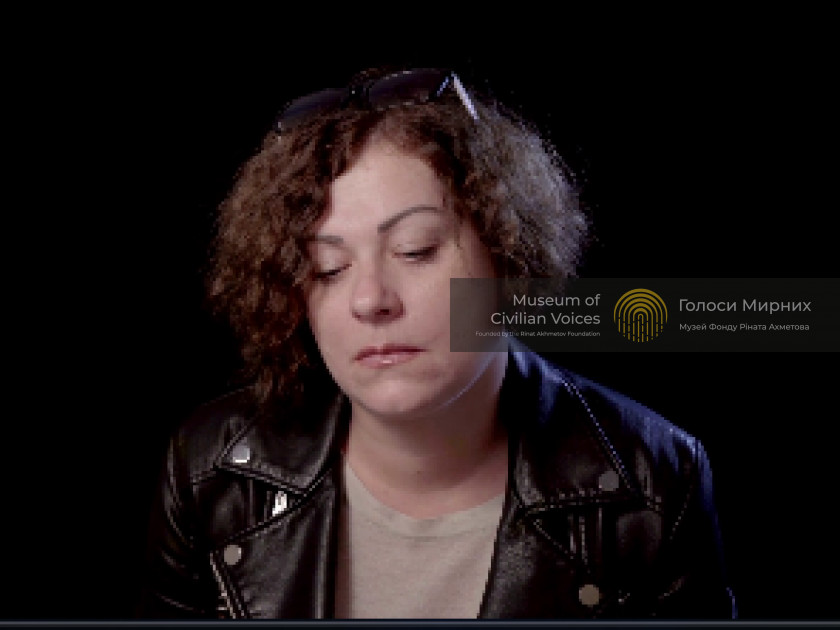 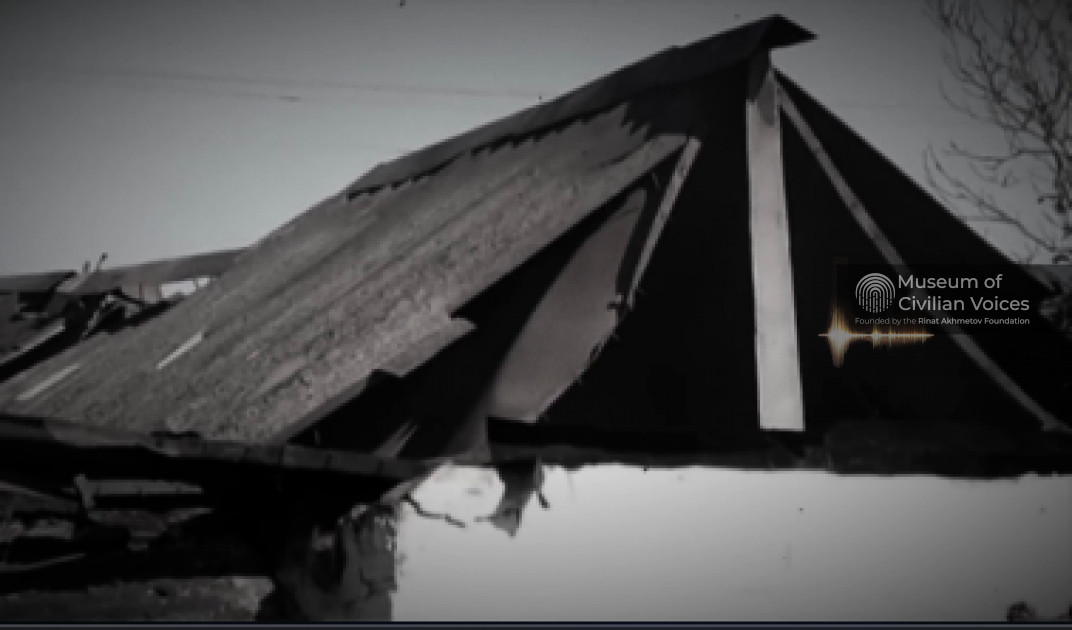 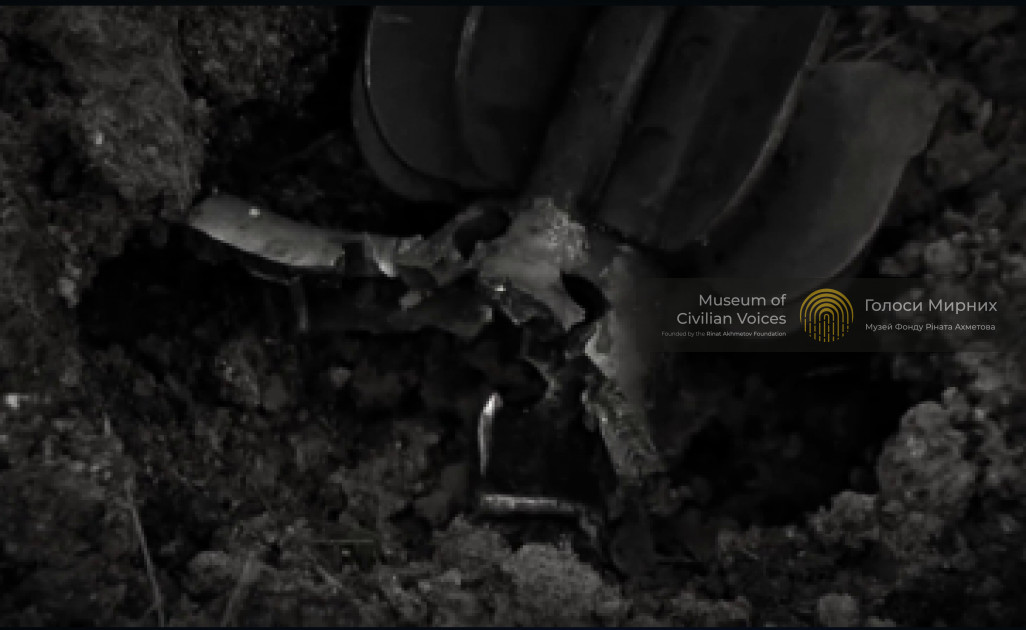 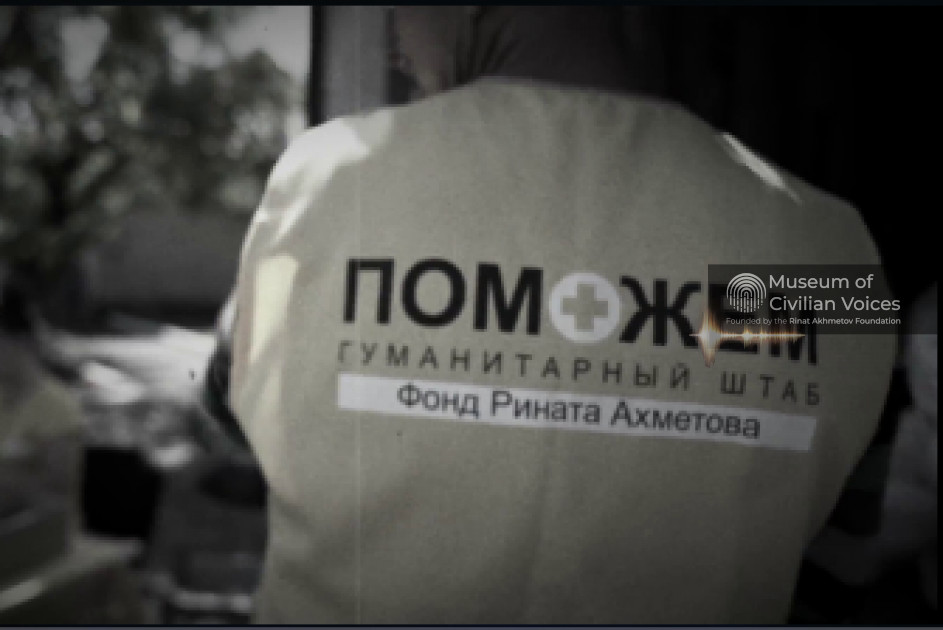 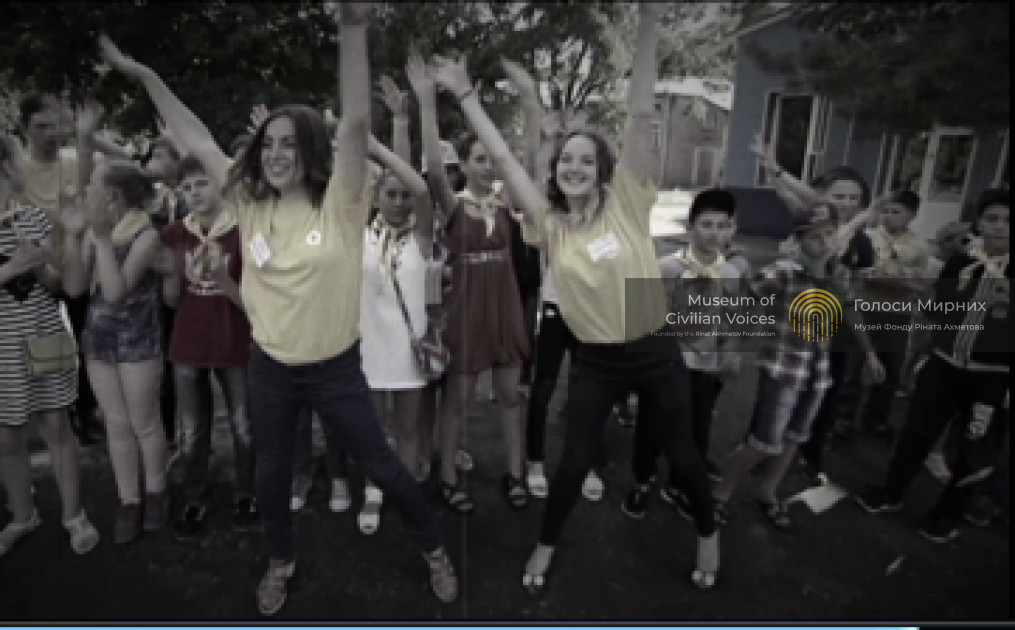 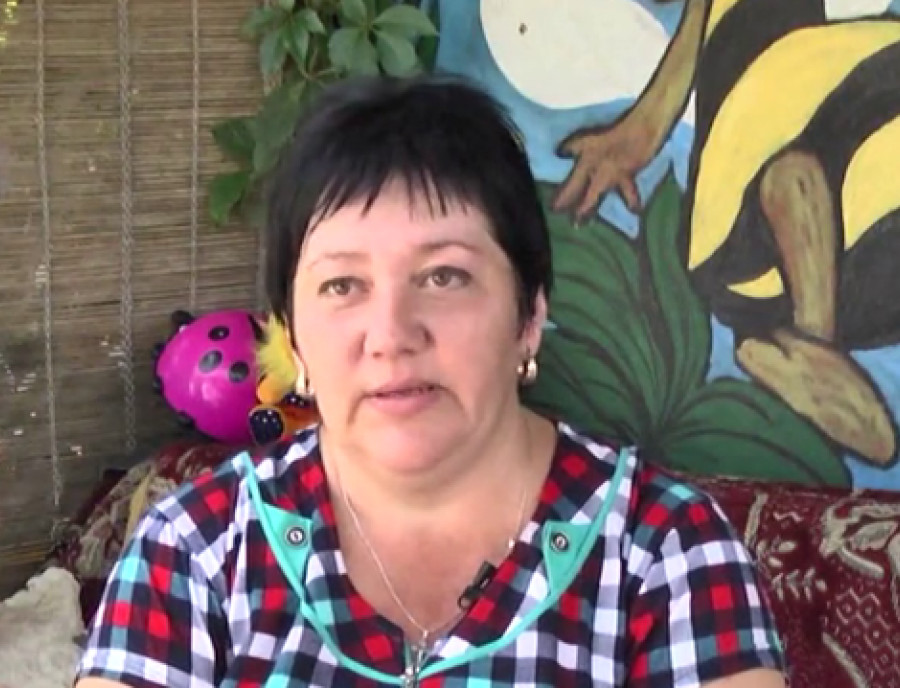 Material added to your library
“Three shells hit my parents' house! My son was there. They were miraculously sheltered in the basement "
Hanna Sklyarenko
Talakivka 2014