1 2
Tell a story
Go to all stories
views: 289
Valeriia Zaretska 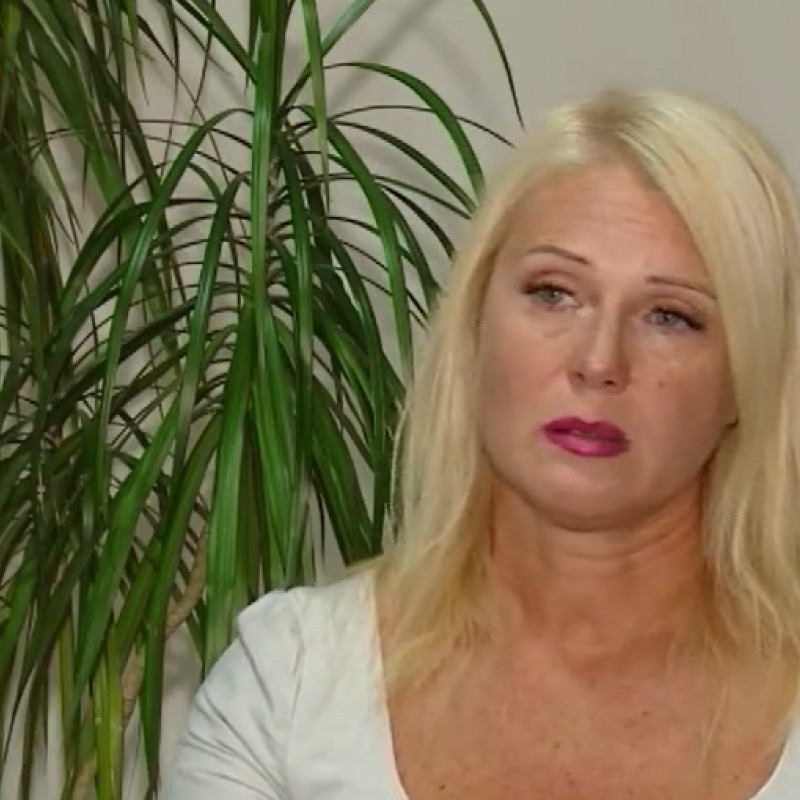 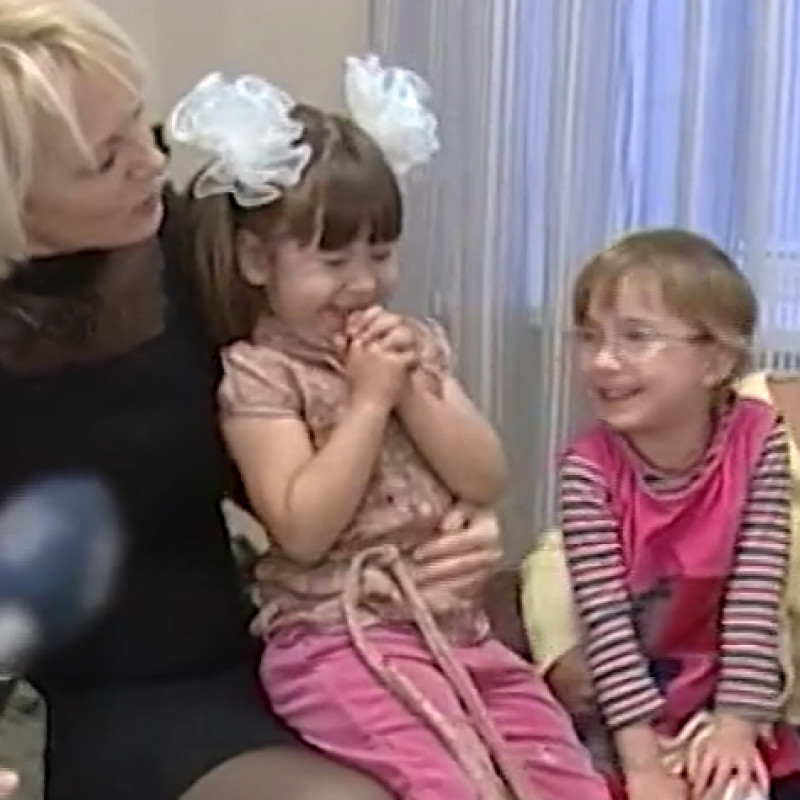 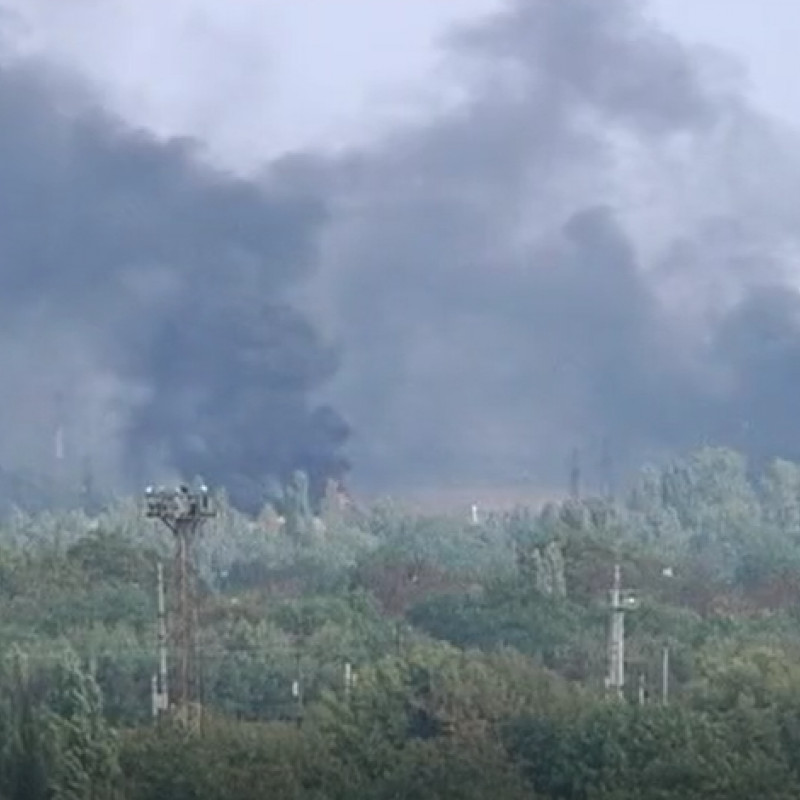 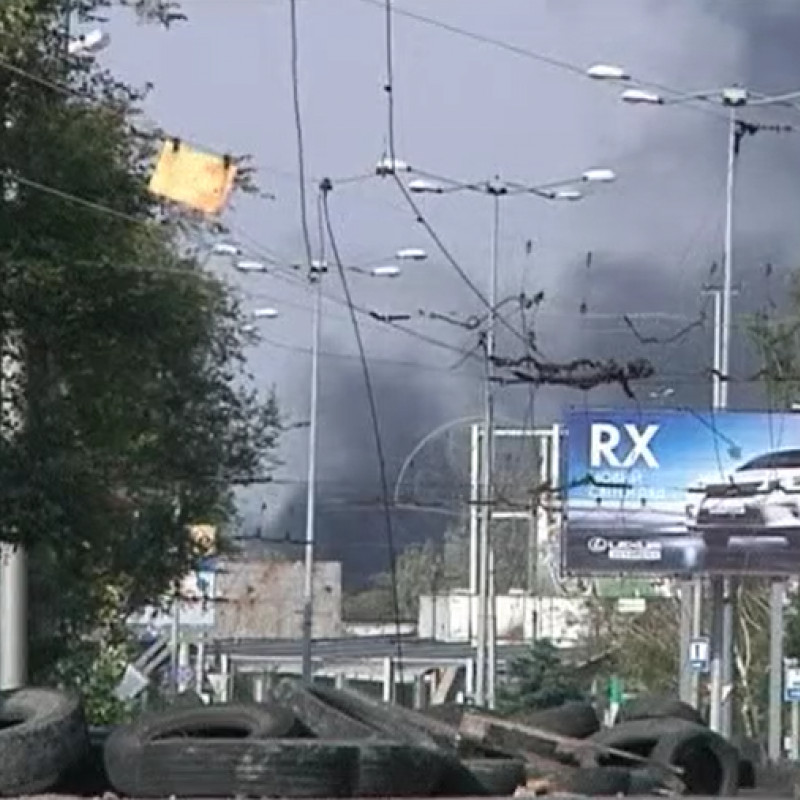 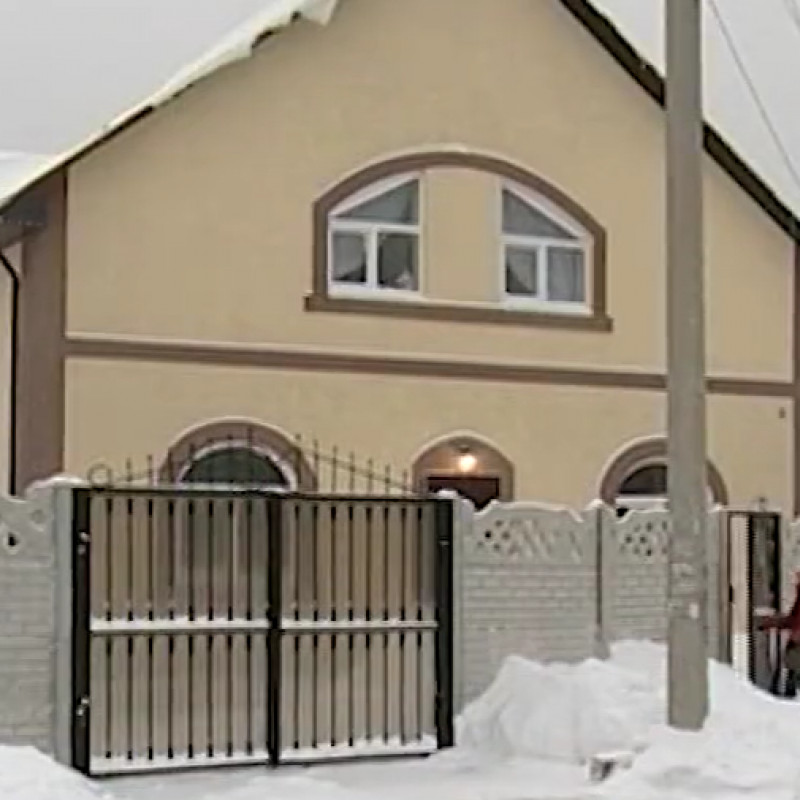 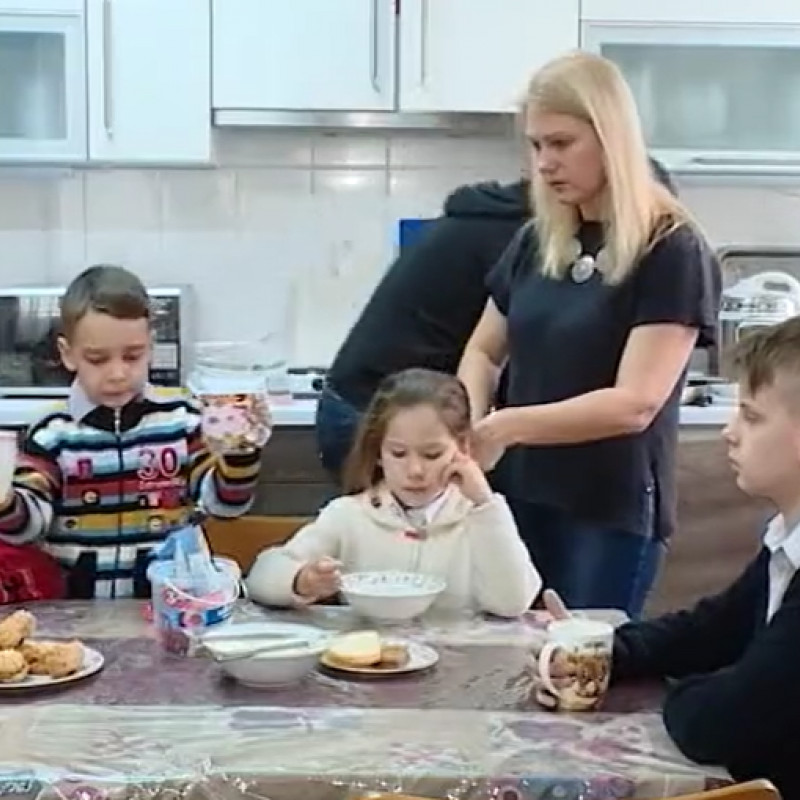 "I thought the horror was over. But that was just the beginning"

The Zaretskyi family with many children endured the horrors of bombing and the bitterness of parting with their native land. Their house is destroyed. They have nowhere to go back. The places that used to be so crowded were now deserted like Chernobyl. And the remaining residents say that they lost everything, even the graves of relatives and friends, because the cemetery was wiped off the face of the earth.

War is a test for everyone. It is a situation when it become immediately clear who is who. Some people send us some help. People come to evacuate the residents. People give food and medicine. Some people rested at a resort or sat in a restaurant.

War is a disaster that tests everyone to the limit. It's like money and power. This is all given to a person to show his inner self, his abilities, what he or she is in life.

The war gave everyone an opportunity to understand what you are and what you can do to prevent this from happening again.

We took our first child in 2011. It was a girl. Our beloved Lenochka Jr. Junior, because we adopted another older Lena later. We lived in an apartment at that time. Just a year later, we had three more children from Kramatorsk.

We made that decision for various reasons. Oleksii is my second husband. We couldn't have children for quite long time. This issue was quite problematic. The inability to have children brought children. We really wanted them. When, over time, children appeared, we still could not get over that issue.

We understood that we were coping, that we were doing well, but we could not move further due to the fact that had little living space. And then, quite by accident, we got a call from the Foundation. We were told, "You won, you will get a house." Wow! It was something amazing! We didn't even believe it right away.

Just a few months later, we got the house. We participated in repairs and upgraded the territory. We did everything for the children there. It was so great! We were so happy.

We lived in this house for about half a year when military actions began. We lived near the Donetsk airport. So we had to leave, because we were very afraid that something bad happen to our children.

I'll never forget when I went out at 04:00 in the morning. Everything seemed fine. The shelling began somewhere in the distance. I looked at the garden, at the playground, and I couldn't believe I had to leave. It was very difficult, but I knew that now the shooting would increase, and we simply had nowhere to go. This beauty will be absolutely useless if we died.

"You can't go home. It is under attack"

My first war encounter… This is a very scary story. My daughter Yeva and I were to the heart center for examination. And when we left the center. My husband called me, "You can't go home. It is under attack." I didn't believe him. I thought he was joking. What do you mean? He said, "Well, it's better to go somewhere else, to wait it out. Maybe it will work out. Let's call each other later."

I didn't listen to him. Yeva and I took a minibus to the railway station. And the closer we got, the more I realised I'd done something stupid. But somehow I couldn't stop.

We went out into the square. There were planes to take people out. People ran everywhere. Some people were hiding in the underpass. There was a crowd standing there. Some people ran away with suitcases. Some fell on the ground. I saw someone killed out of the corner of my eye. I think I even saw blood.

But my goal was to get home with the baby. I grabbed her hand so hard. I remember running with her very clearly. It all seemed like a blur. It was foggy and strange.  I ran home. For some reason, my goal was to come home.

When we ran through the village, I saw people with some string bags, suitcases rushing to the station. We ran towards the house, in the opposite direction.

Then I heard gunmen shooting right next to me. I remember falling into the bushes, crawling with her, lying there. Then helicopters flew by. The shooting was severe. I guess those were mines or shells. I am not sure. It seemed to me that this was some kind of dream, some terrible dream.

We saw someone running with a gun to shoot. And it seemed to me that if I didn't look at them, nothing would happen. It was stupid, of course.

When we opened the gate, ran home, fell to the floor. It seemed to me that the horror was over. But that was just the beginning.

"We tried not to show the children that we are afraid"

We tried not to show the children that we are afraid, that we are afraid and something terrible was happening. We tried to calm them down and smiled. I remember that we even tried to joke a bit. In general, we tried to do what we always did. At the same time, we could hear cannonade. We constantly heard explosions.

When we were eating, gunmen were running around, shooting and saying, "Children, let's sit down, lie down on the floor."

I tried not to look at it at all. It seemed to me that this was a different reality. It would not concern me. I didn't even want to remember that. I tried to erase everything from my memory, from the memory of my children.

We spent about a week like this – the most difficult time, when we crossed the airport and the shelling started. We had a house with huge windows, an aquarium. I thought I'd close the curtains and nothing would happen. But when the bullets started hitting through the windows, I realized that was it.

"There was such bitterness that we left our native land"

We could not decide where to go for a long time. Again, our Foundation helped us. Neither the children's services nor the district and the city authorities called. They did not care about him.

We split up. Dad took us to the train station. We went to Dnipro, because there were no other tickets already. People began to panic. All tickets were sold out. And the attacks continued.

I remember when we left. He was driving us to the railway station, and shells were exploding near the car. We don't know if it was a mine or something like that. I saw smoking funnels literally near the car. We ran like mad on this road. It was horrible.

There was such bitterness that we left our native land, and no one could do anything to stop this conflict. All our aspirations, our whole established life, ended at some point. And the wanderings began.

It was very difficult. Our children survived the attacks very hard. We underwent a long rehabilitation afterwards.

In 2018, when we arrived at the ruins of our home, we didn't have much to look at. We saw how our child, our brightest memories turn into ruins, become entwined with grass. And the trees grew there. The weeds grew bigger than I am. The house panelling began to fall down.

"Even the graves were destroyed"

A woman who knew us very well came out. She lost almost her entire family. And she said that her life was over, "I don't even have graves where I can come and worship my children and my husband. The cemetery was bombed. There were not even crosses. There was nothing there. We have nothing left.

Her house was opposite our house. It was intact. Only a piece of shell sticks out in the ground near her house. That was it. The house was whole and sound. But all her relatives left her, and she, an elderly woman, was the only one left. There was just standing there. There was no signs of life in her eyes.

A lot of neighbors died from some kind of hopelessness, unemployment, troubles.

Many young neighbors have left. And the village looked like Chernobyl... Some people are trying to restore things. However, only a few people were brave to do it. Mostly, everything was ruined. No one cleans the greenery, no one cuts the grass. It absorbs everything around. Wild dogs run around. A lone passer-by passes somewhere once an hour. It is terrifying.

It used to be a flourishing area. Life was great. New buildings were built everywhere. People did some repairs. There was an airport nearby. Now the place was in tatters, in some kind of decline. It is so horrible. I don't want anyone to have such memories and experience such events.

Our family is our future. I would like to have many grandchildren. I was ready to raise children as long as I have the strength.

And we all dream that we will live in our own house, which will have space for our large family. 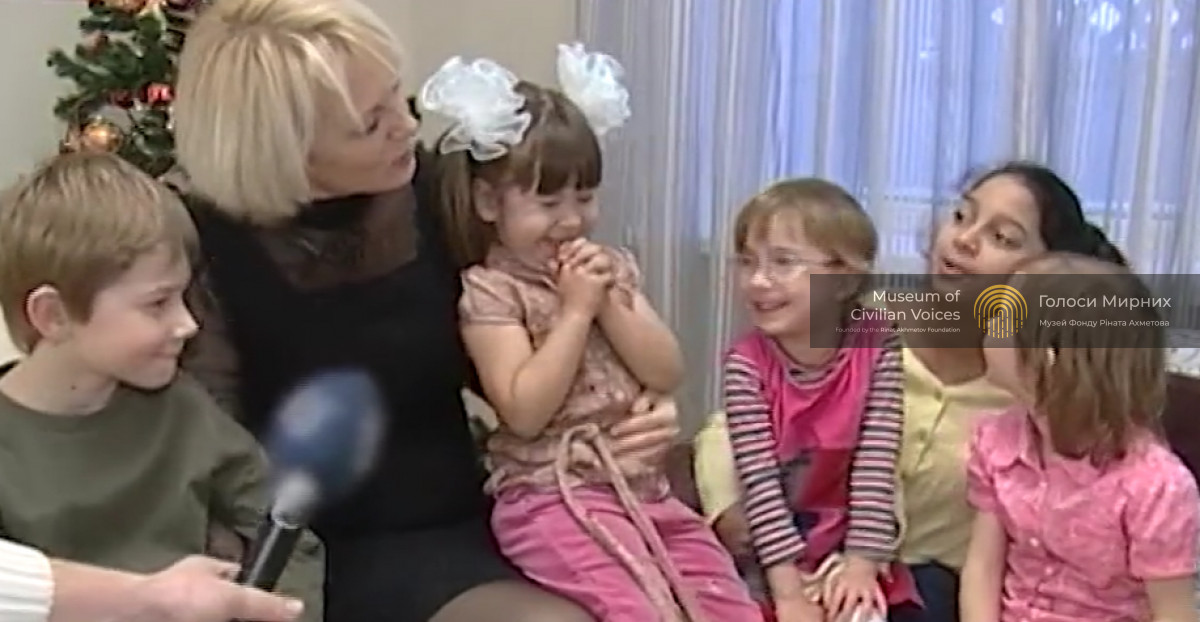 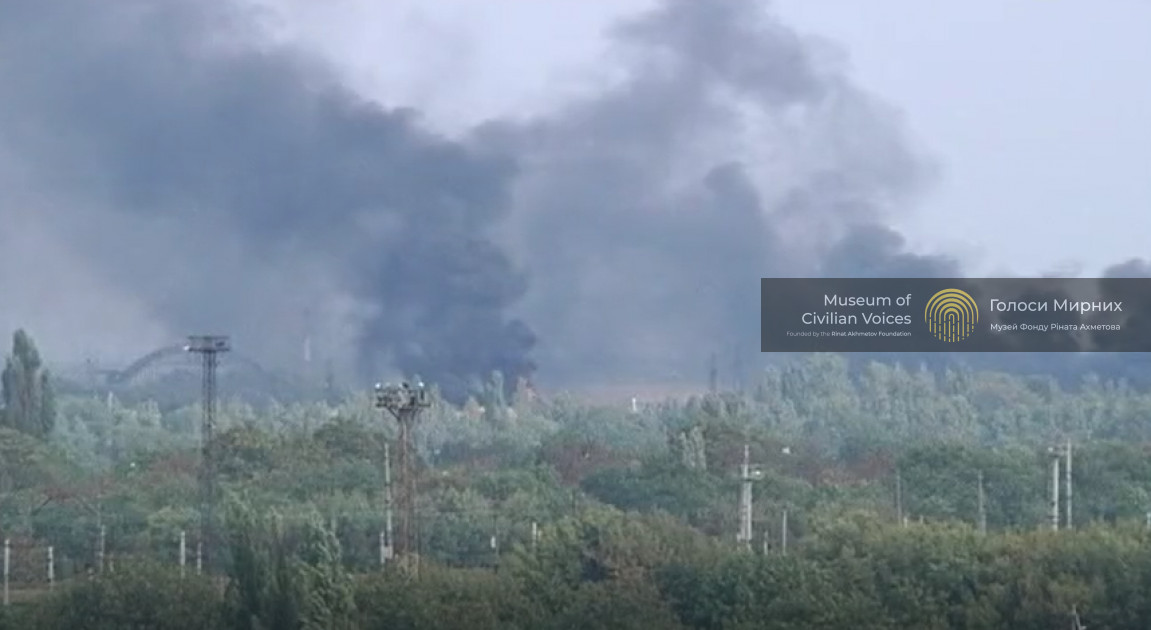 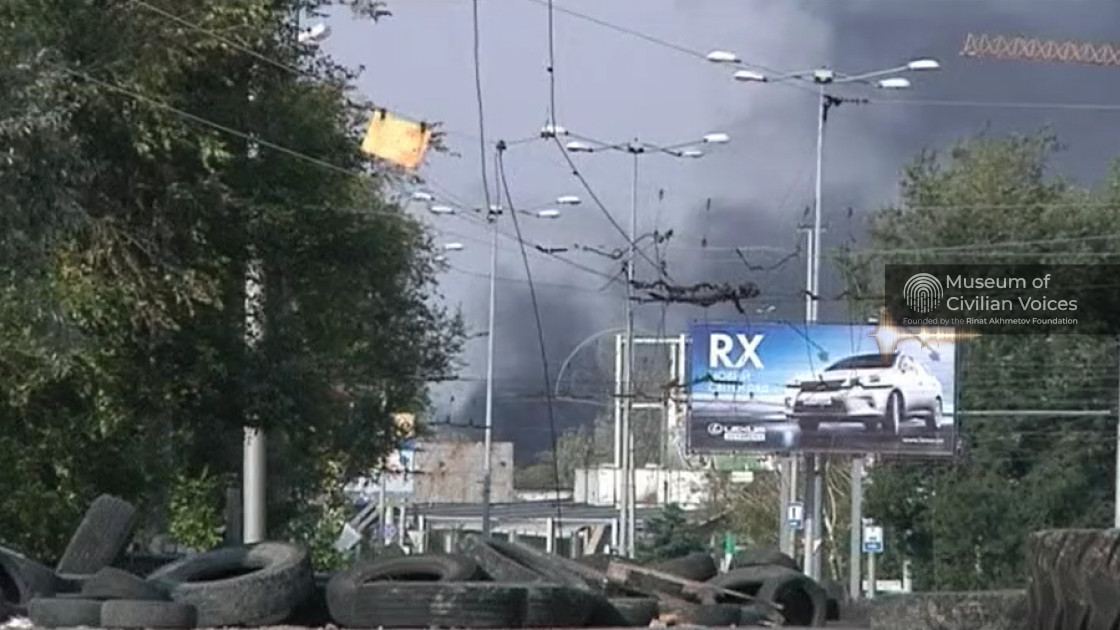 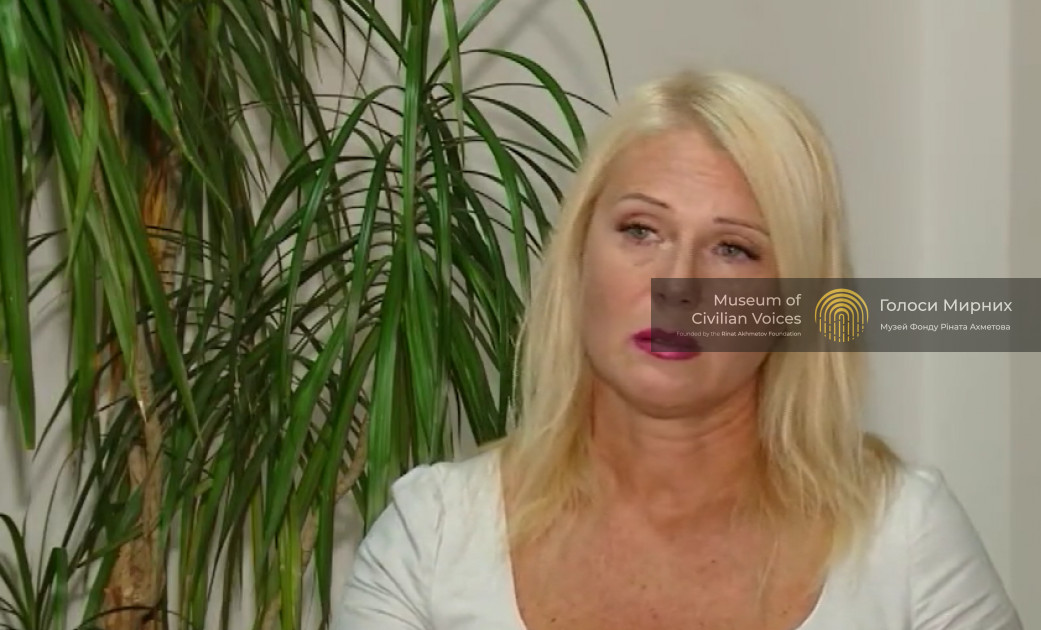 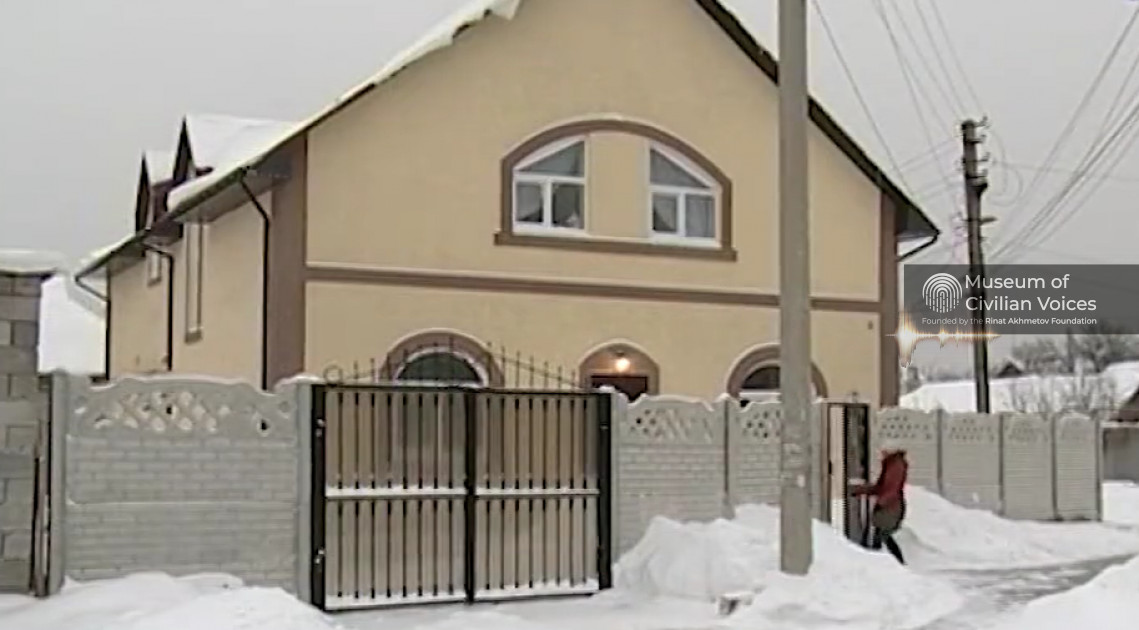 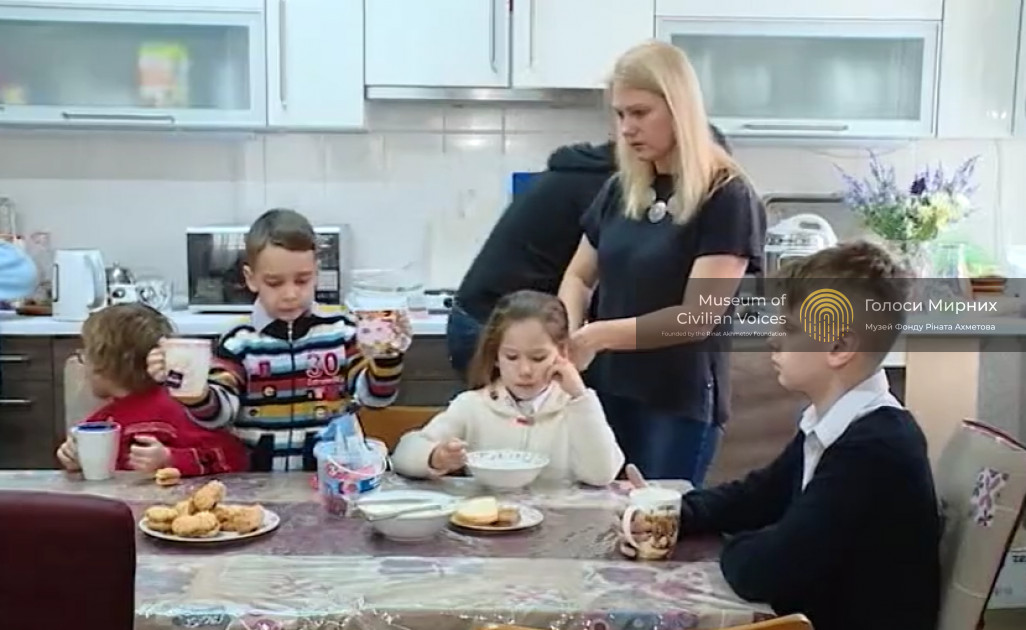 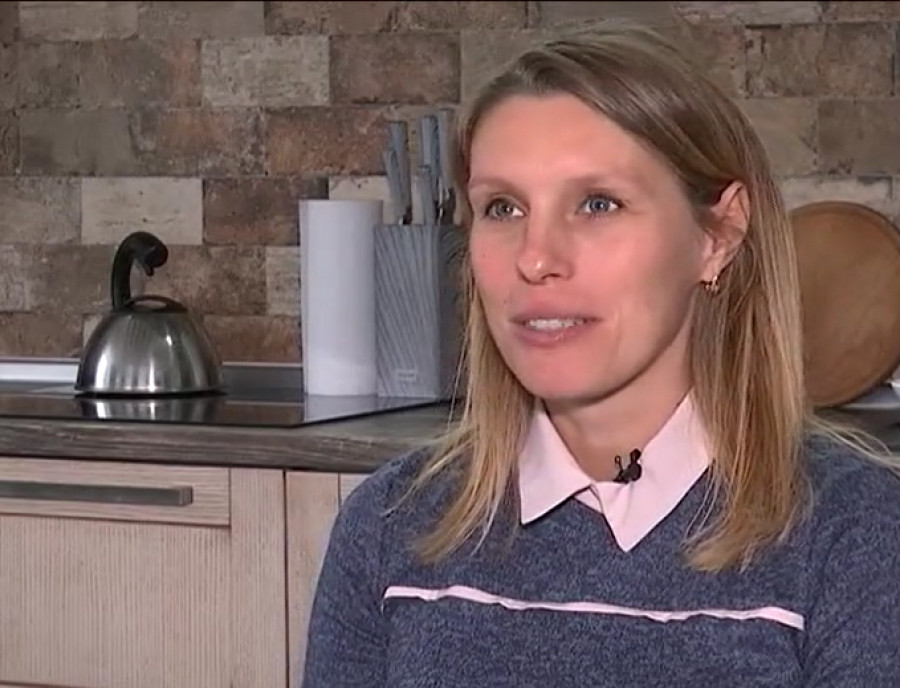 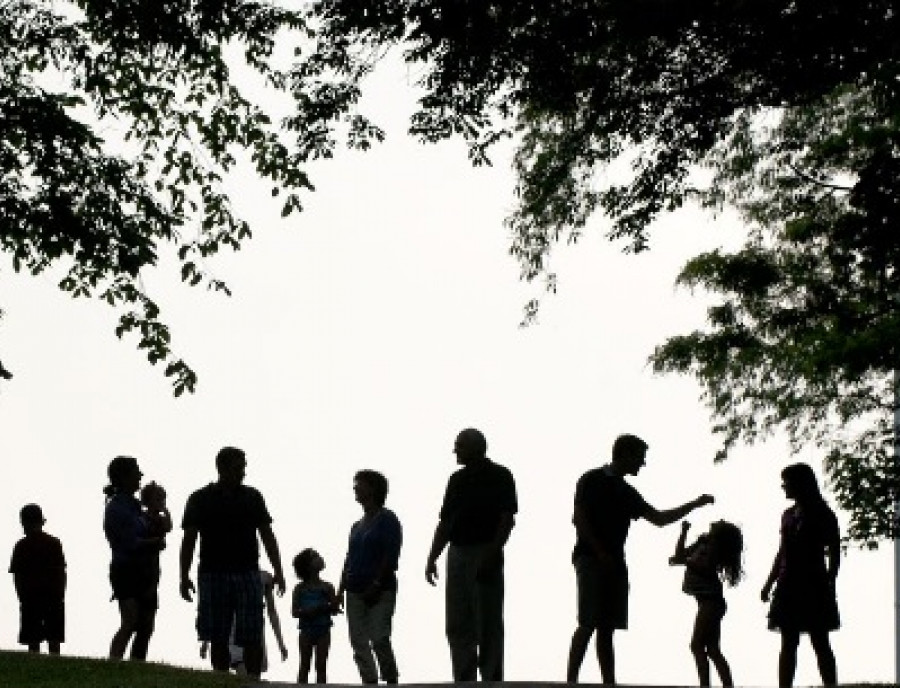 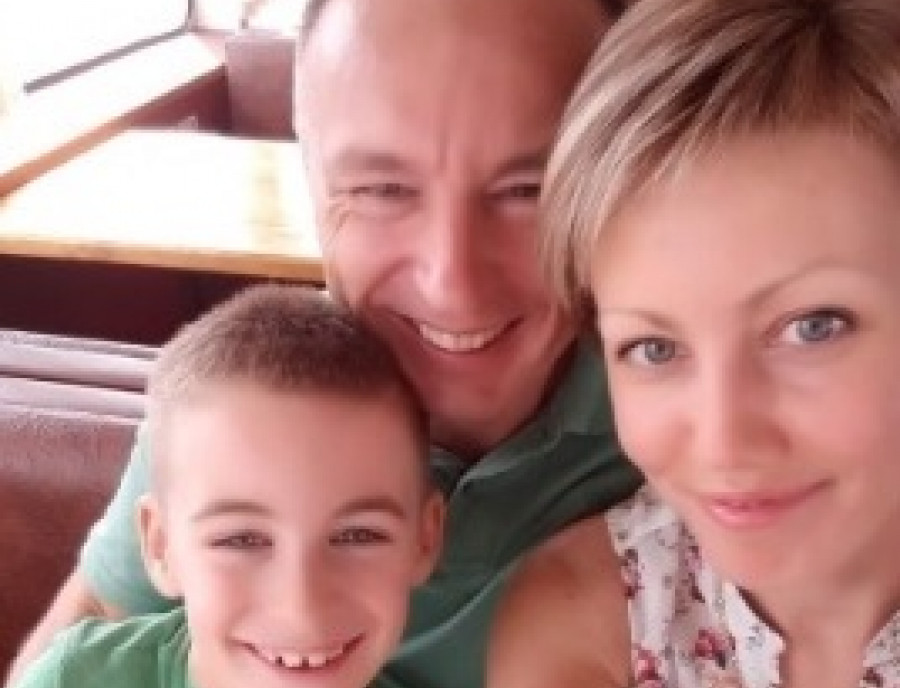 Material added to your library
"War is a machine of death, fear and destruction that awakens people's primitive instincts"
Natalia Hrytsenia
Donetsk 2014, 2020