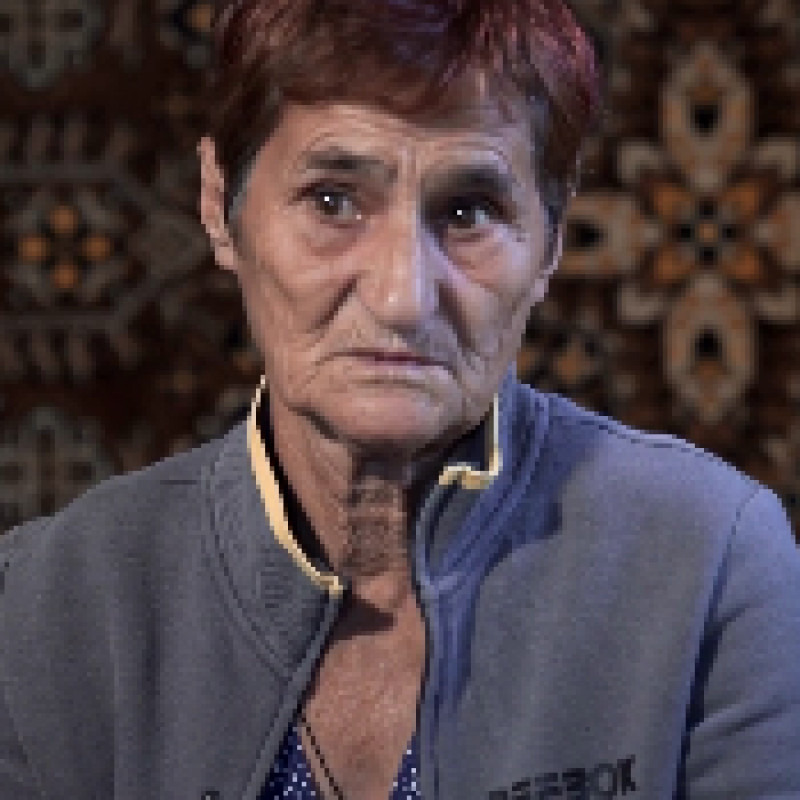 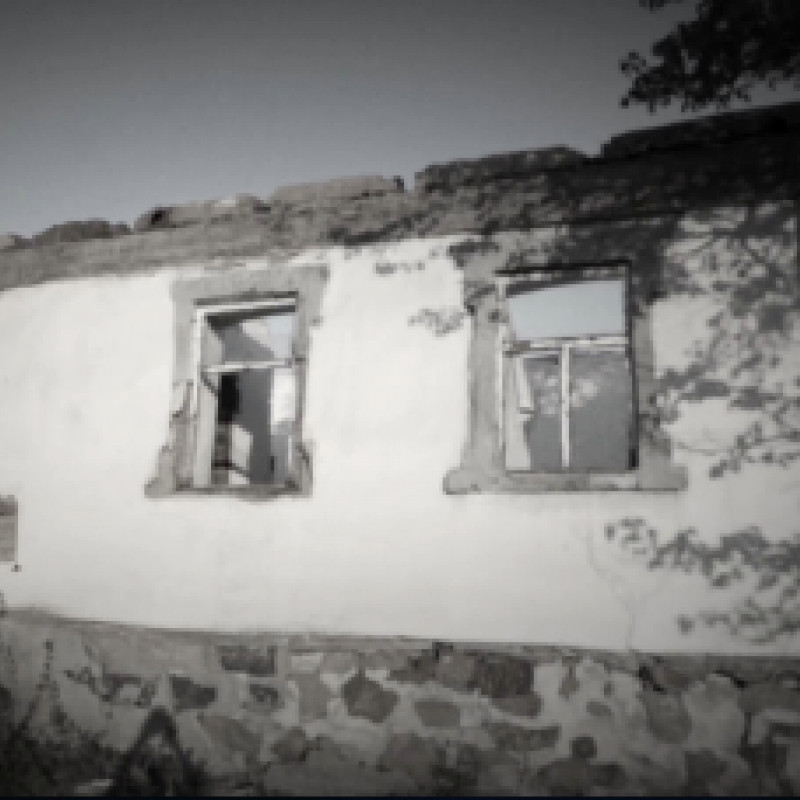 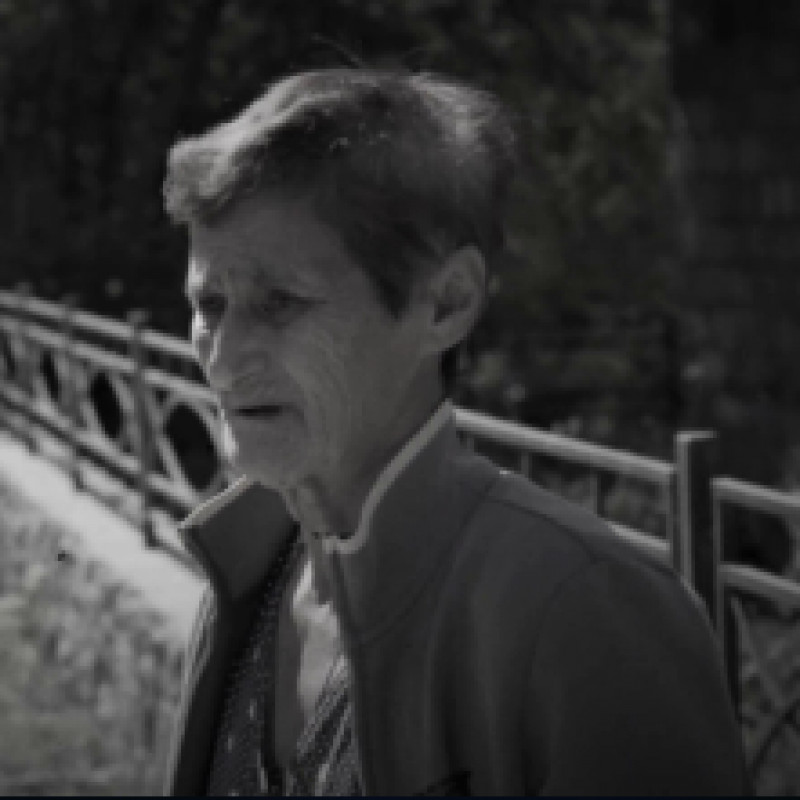 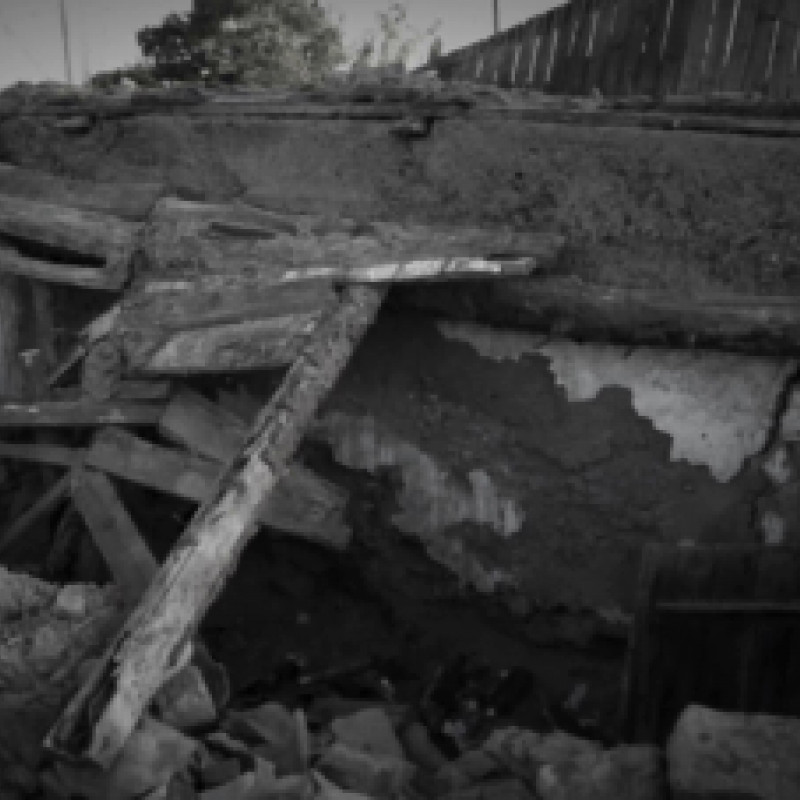 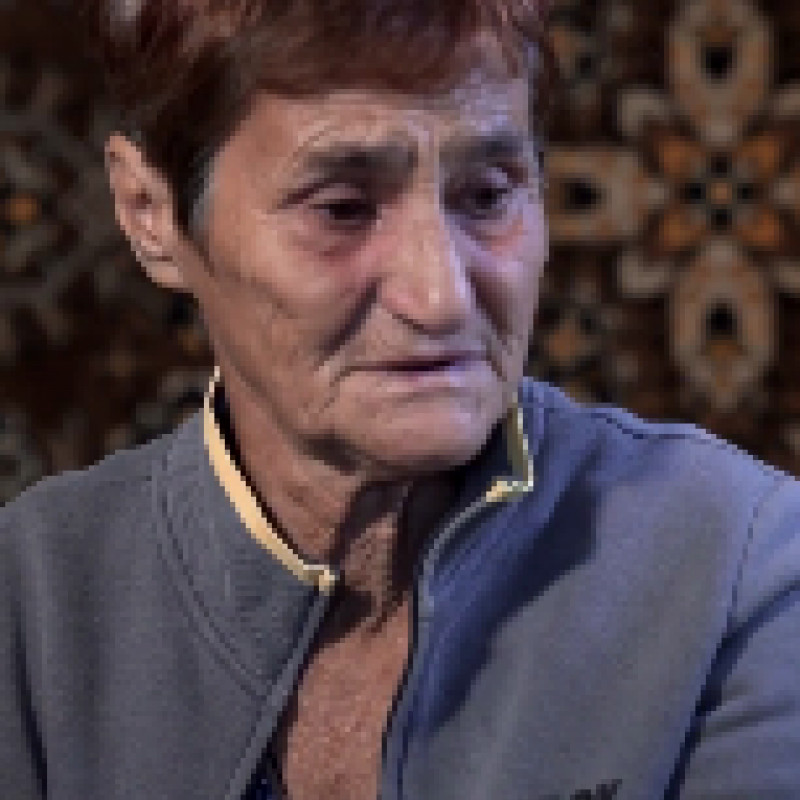 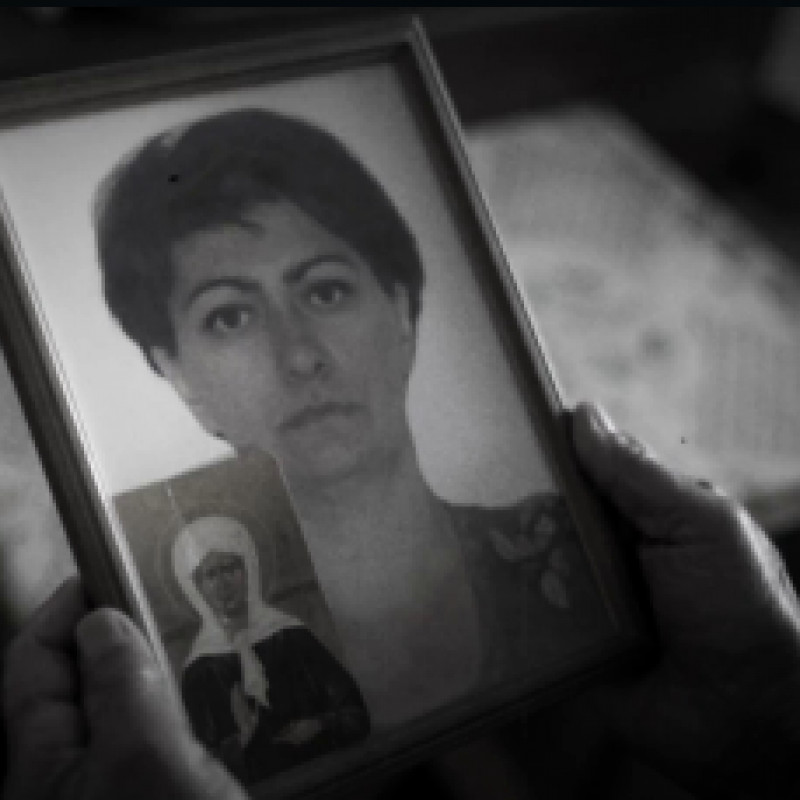 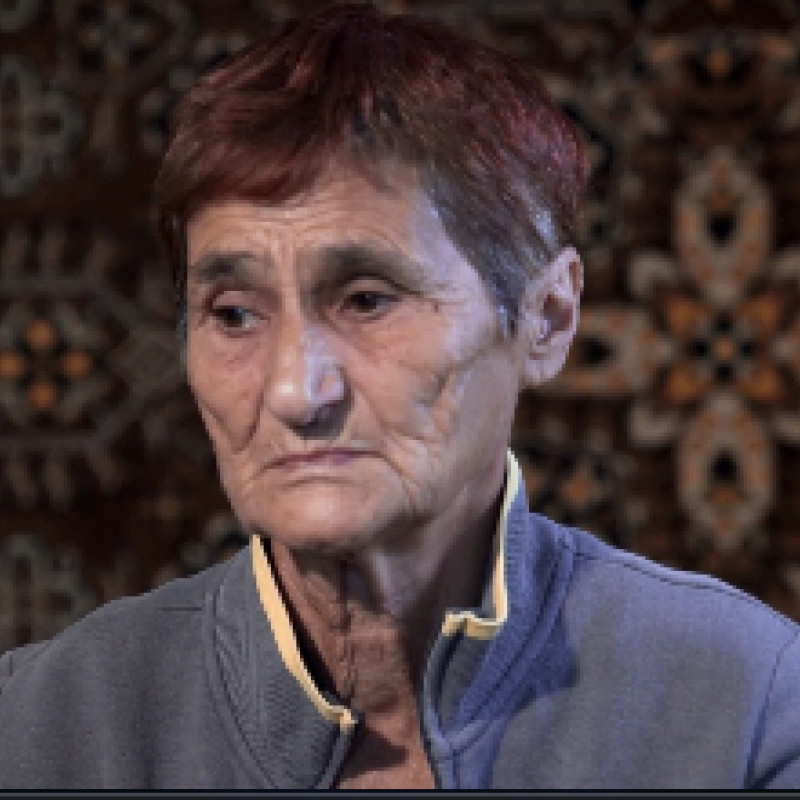 "I wish I was killed rather than Olichka. We had only to make the turn"

She had buried six relatives since 2014. Some had died of the shell wound, some of the nerves. Niece is dead right in front of her eyes, and she herself was injured.

"I have a baby. I was only worried about him. I don't worry about myself any more. I pray to God that everything will settle down, that the children stay alive and the grandchildren — healthy. I wish that war would end".

I moved to Hranitne with my children from Kazakhstan. Children went to school here. My son went to college after he did military service. My daughter studied at a technical school. We lived a normal, common life.

We were warned that the troops were coming here. When armored vehicles and cars arrived, we went to have a look.  We sat here on a rock with the neighbors all the time. When we heard the shooting sound for the first time, we did not really care. We didn't think it would be so serious. And then autumn came. People began to leave as far as they could.

Once, we were to meet my niece Olechka's mother. The three of us walked along the road in front with the cart, and we had bags behind. No one thought it was dangerous. And then two shells hit. One didn't explode, but the other one bursted. We were exactly in that area.

I was a meter or two ahead of my niece. I was hit by a blast wave.

A fragment hit my head, my hand. Some fragments got into my back. And she just screamed, "Mom!" and fell on me, and that was it. She got a splinter in her lung. It went through it. She was 41 years old.

I was concussed, hit on the head through the cap. It got into my head. My hand was also wounded. I felt something hot in it. When I came to my senses, I looked at it and saw blood. I wondered where it came from. Some fragments hit my back. My jacket was torn to bits.

There were no doctors, nobody. Electricity went out, water supply was cut off. A neighbor went to the ambulance and reported about the tragedy. Well, what could they do? They could not save my niece. I heard a noise in my head. I couldn't even talk, I stuttered.

I wish I was killed rather than Olichka. We only had to make the turn, two meters left. That was it... We buried six relatives in six years.

Once my great-granddaughter and I were walking along the road  when the shelling started suddenly. We went down into our basement. It was cold there. And as soon as the shooting stopped, I ran into the house to get some warm clothes. He was so scared, poor child! "Irochka, hold my hands," he said. He was a year and a half old. He was very scared.

The shooting attacks were gruesome. We could not sleep at night. We sat dressed-up. I moved the sofa, made double doors for myself and just sat there. We had pillows and blankets on the head.

The window glass cracked from the shelling. It was a fragment. A neighbor's car got smashed, because a shell hit the fence. Pieces flew through my house. Everyone is surprised that neither the chimney nor the slate was affected.

Houses were hit [by shells]. People from the next street said, "We only left the kitchen when a shell hit  it." That's all.

Where should we run to? I spent a month with my daughter in Mariupol and came back.

Where is there left to run, where is there to hide? I was sitting here and heard all this banging noise here and there. You might get killed right when you walk down the street. You never know where it would hit.

War is so horrible. We heard the shooting sound even last night. They began to bang in the morning! I have a baby. I was only worried about him. I don't worry about myself any more. I pray to God that everything will settle down, that the children stay alive and the grandchildren — healthy. I wish that war would end. 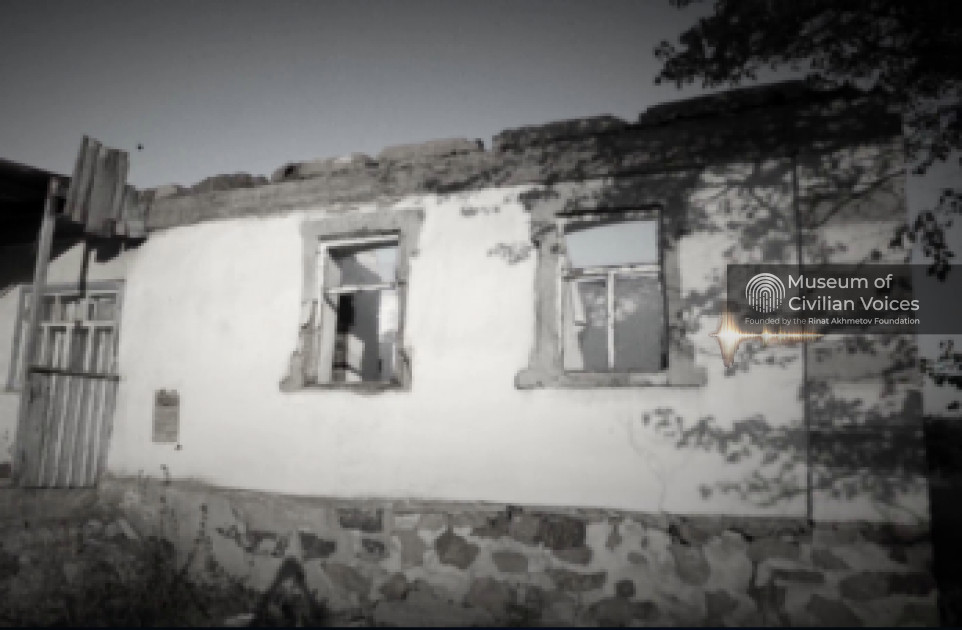 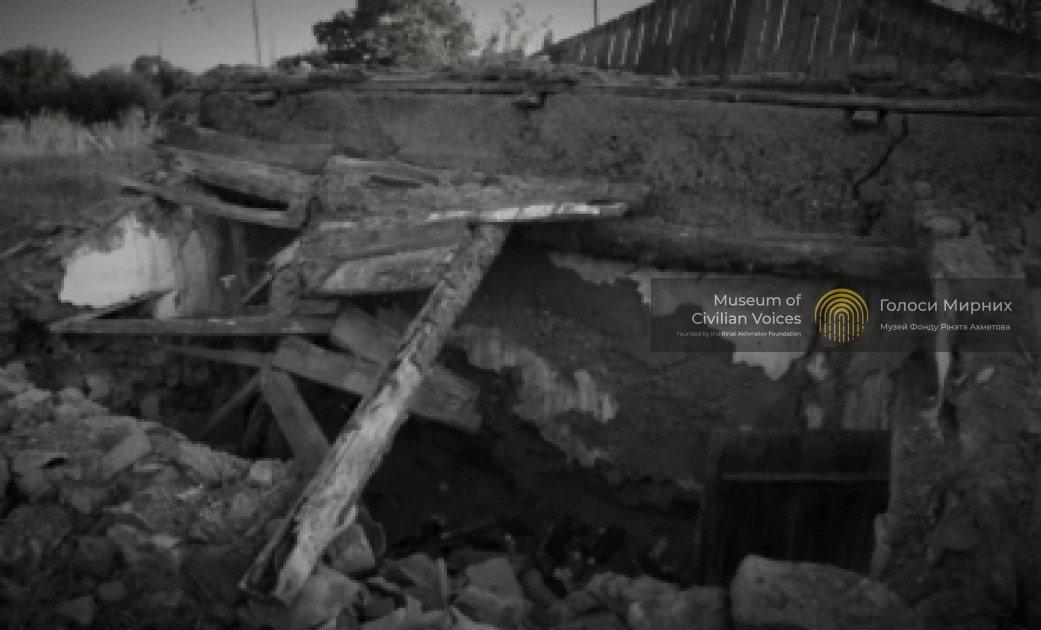 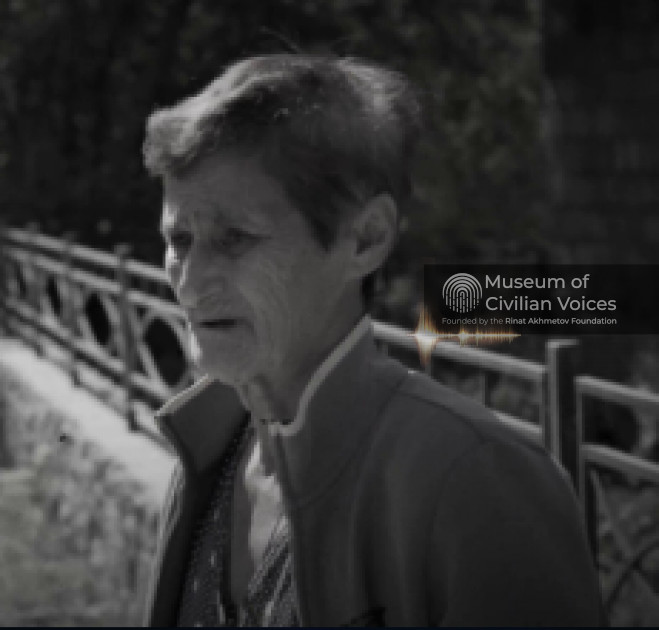 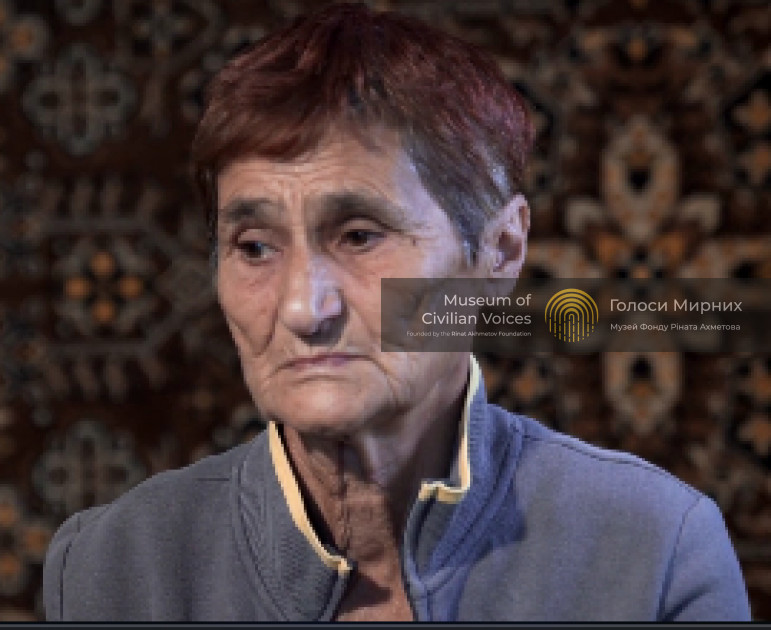 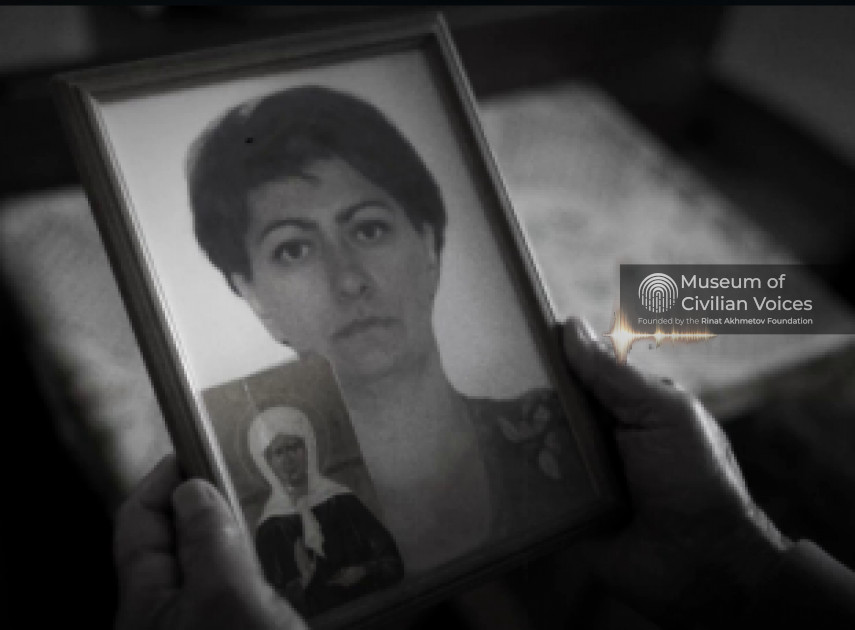 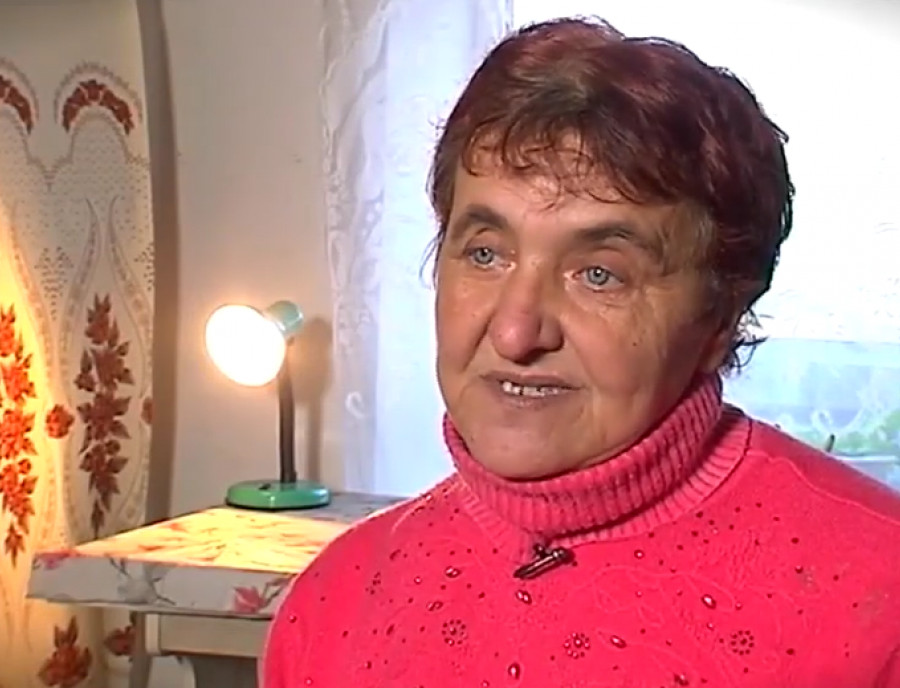 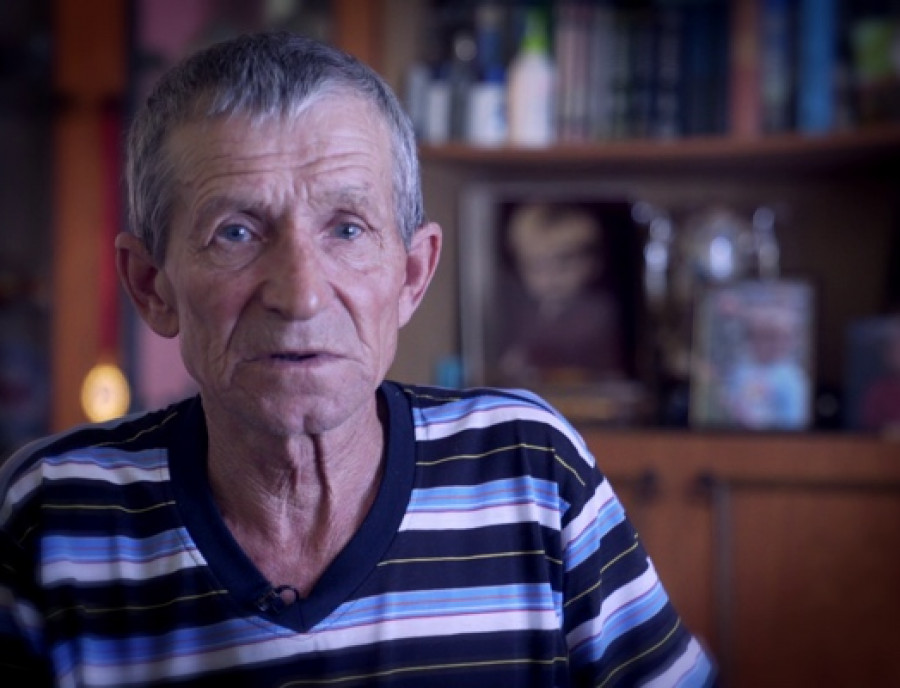 Material added to your library
"A neighbor was coming to meet us, carrying granddaughter covered in blood"
Petro Arsentiiovych Lavreniuk
Hranitne 2014, 2016, 2018 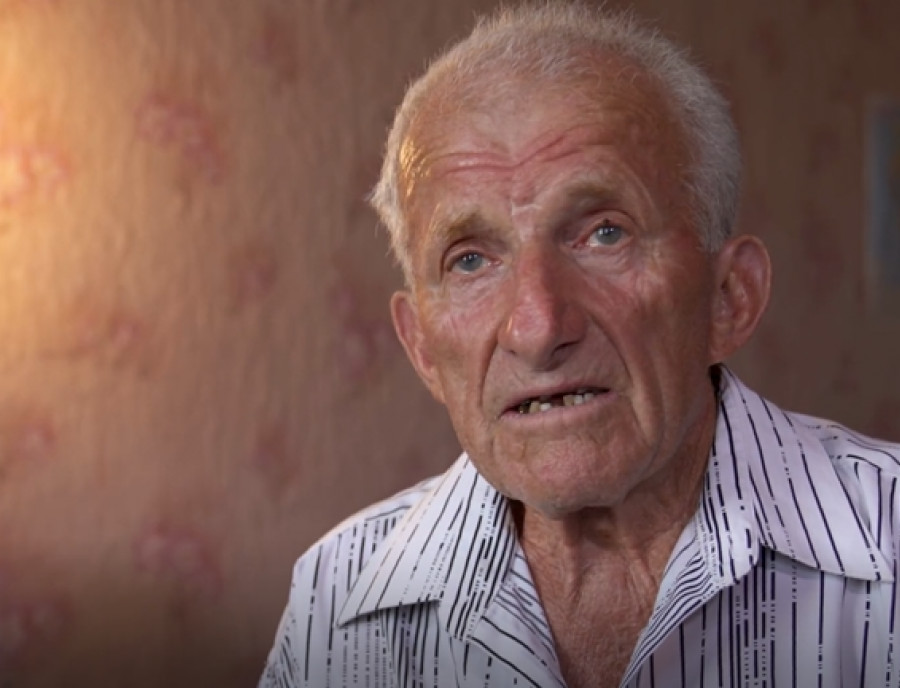 Material added to your library
"I wish shells were never fired. Let them be part of the history"
Oleksii Ivanovych Koriuk
Hranitne 2014, 2015, 2019