1 2
Tell a story
Go to all stories
views: 343
Valentina Kislova 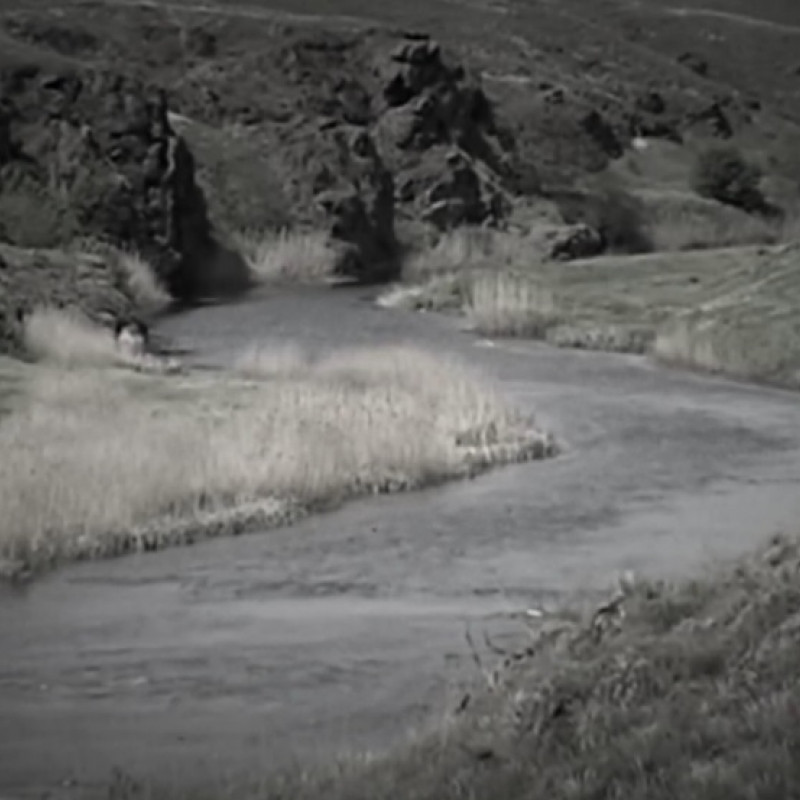 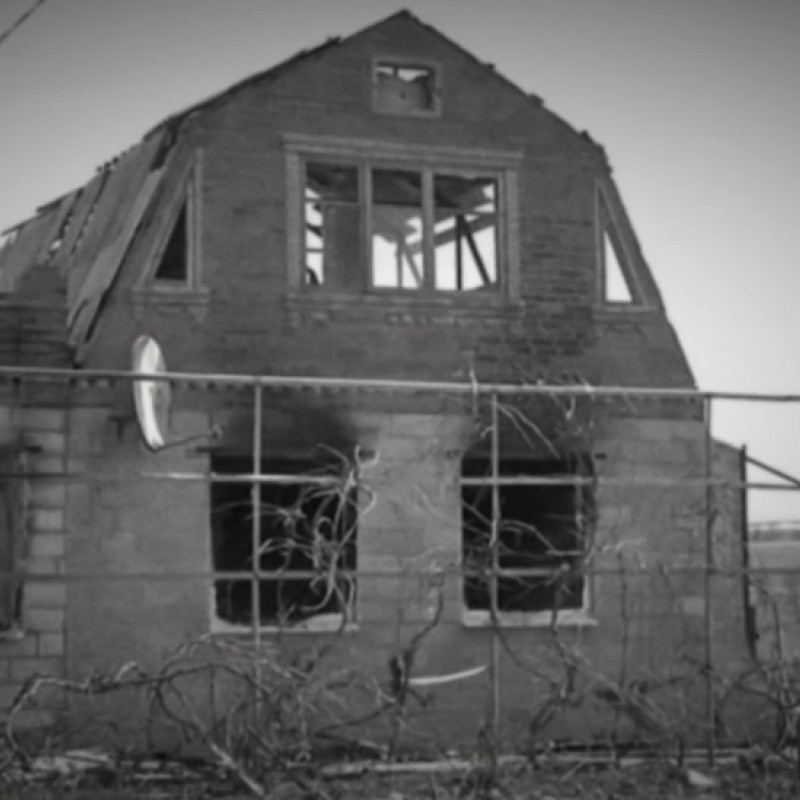 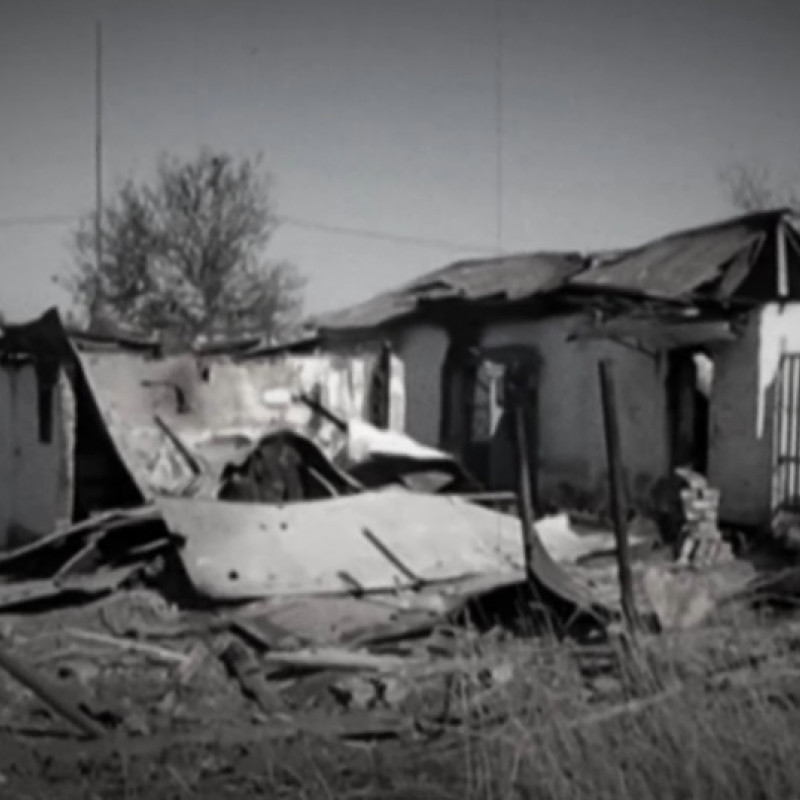 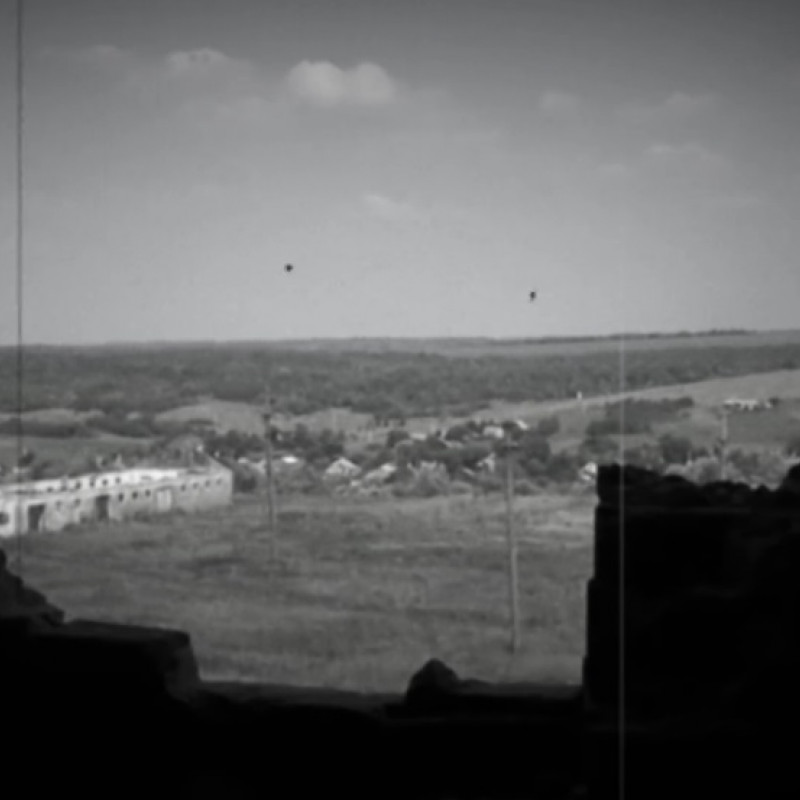 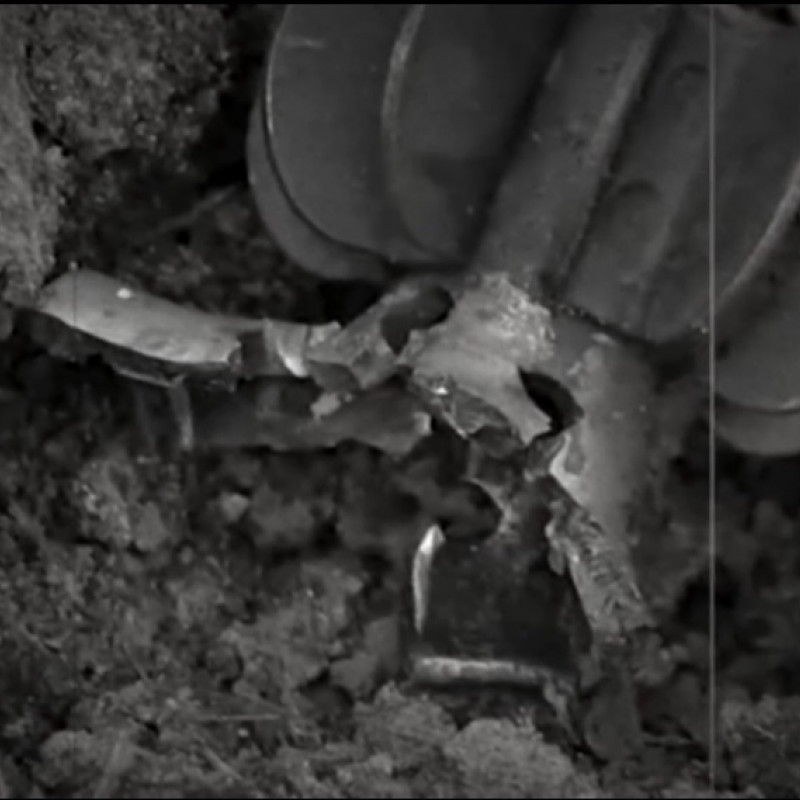 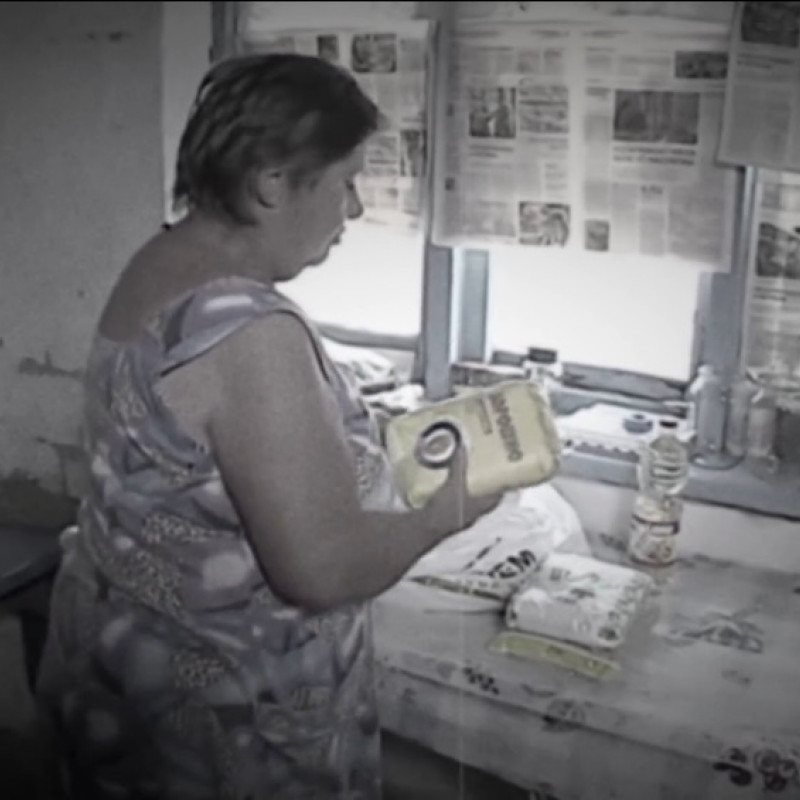 "Where is there left to run? You can't run away if it's all around you"

She used to reside in Pyschevyk. As a result of the shelling in 2014, the house was uninhabitable. She moved to relatives — a sister and niece. Now he lives in an old house in the country.

The tank stopped on the road just like that. It would not start. An hour passed. It didn't go any further, it came back. That's how I found out there was war.

I arrived in Pyschevyk to check on my mother. She has died long time ago. We lived normally, like all people. We planted a large vegetable garden. My sister lived in Talakivka, and I lived in Pyschevyk with mother.

If it wasn't for the war, we would have lived normally. Real war — how is it even possible? And who needs it? I can't understand its purpose at all.

Once I went to wash the carpet in the river. We have a river nearby.

So I put it on the wheelbarrow and went.  I washed it, rolled it up, and put it down. And then I saw air-crafts flying over me. They flew up to me and as if released something. I was shocked. It turned out that those were shells.

And then I went from the river when a tank came out of nowhere! I was completely startled. The tank stopped on the road just like that. It would not start. An hour passed. It didn't go any further, it came back. That's how I found out there was war.

We managed to live somehow until autumn of 2014 when they started shooting! That was horrible.

They bombed severely. And then some military came and said, "Get out, all of you."

." Well, those had a car, did not have many problems. They just packed up and left. They took most of their things. I took just a few bags and went to Talakivka.

They also told us not to lock our houses. Well, that is what we did. Later, we discovered that some lads would go into the houses. They had a sledgehammer. A  bang on the door, and everything would open. They came in and took a refrigerator or a TV-set. They took what they needed. Then they left, but the hut remained open. You could go in and take everything you wanted…

I came stay at my sister's. I lived with her for two years. At first everything was fine, but then she got paralysed. Her daughter, my niece, was hard to live with. So I packed up and left.

I went to the director and asked if there were any empty cottages. There are a lot of cottages here, you just need to come to an arrangement.  The owner said,  "Ok, let her stay. Let her do what she wants, and then we'll figure it out." I started some repairs so as not to get cold in winter.

There are shooting attacks here as well. It is located on the line of demarcation. My house in Pyschevyk was destroyed. There is no point in repairing it now. So I have spent five years living in someone else's homes. I left everything I had in the house. Many things were stolen. Even the fences. There is nothing left. Now I go there.

There used to be cabinets and a sideboard. One day I would come to see that they were taken. Not even a nightstand iis left. This time when I came, there was nothing left, even floors were torn off. It is so horrible... (crying).

When I was at home, a shell exploded. Fragments of glass shattered past me, just like bubbles would burst. It was dreadful. Any strange sound, and I lie on the floor. So much fear and suffering. This is us, the old ones. What about the children? It is so terrible.

Everything is broken. We need to build new houses. But we don't have any money? When I had a stroke, I didn't want anything. When they gave me a dacha, they asked me to chose. It was a gift. However, I had to decline, "I Can't, I would have to work there, but I can't. I only want to just lie down."

Neighbors would sometimes call me, wondering how I am doing.  "What are you doing?" It is winter now. I'm the only one here. So I have to hurry to heat up the stove and cover the floor. To make this place less cold.

All these areas are on the front line. Pavlopol, Pyschevyk, Hnutove, Chernenko, Talakivka. This is the edge. Further is a military zone.

Rinat Akhmetov is the only one who helps us. Once,the Pope sent us some aid twice, and Caritas brought us something as well. And Rinat Akhmetov still sends his food packages — different cereals, sugar, butter, flour. I have lived here since 2014.

I was left with nothing at all. I have no money. I need warm underwear for the winter, I need a jacket.

It is hard. If there were no war, we would talk differently. At least there was no fear then. And now it's all over the place. They don't seem to be bombing here yet, but you can hear them banging in Vodiane. Shells whistle so clearly. You can distinguish this buzzing sound. It seems that everything would collapse if it falls.. "Where is there left to run? You can't run away. Where can a person run if they shoot constantly? If it blows around.

I want this war to end soon. I would really much like to live in peace. To know that nothing would hit your house any moment. One day I saw a show, and some children said, "I'm so scared when they shoot. I hide somewhere in the basement. I'm always afraid of being shot. One thing we all need is to stop all these attacks." That is exactly how I feel. 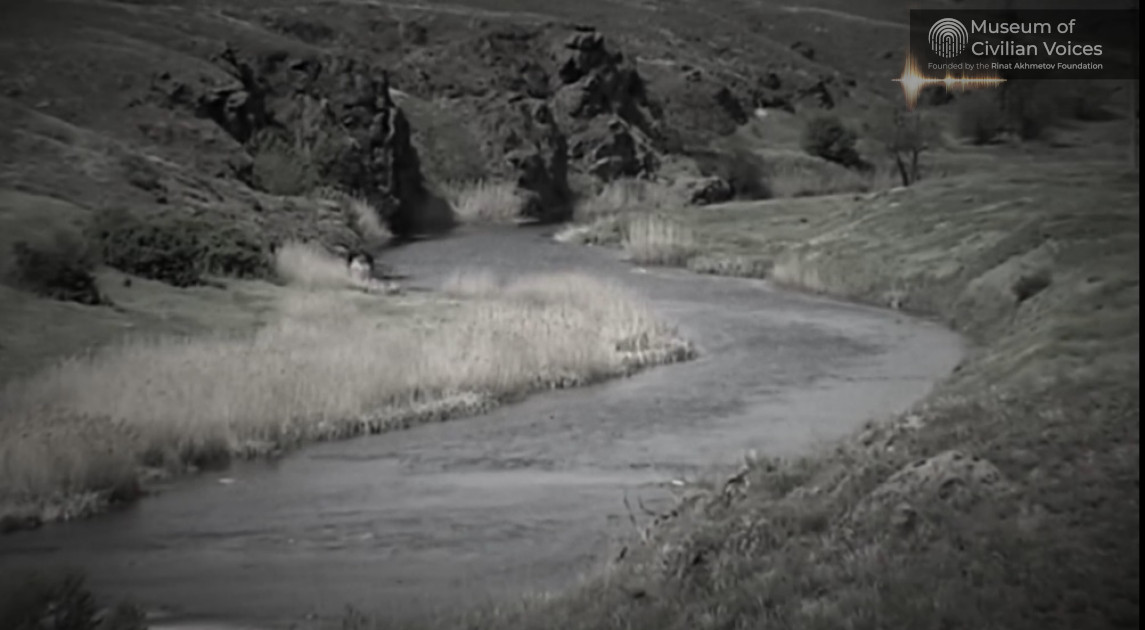 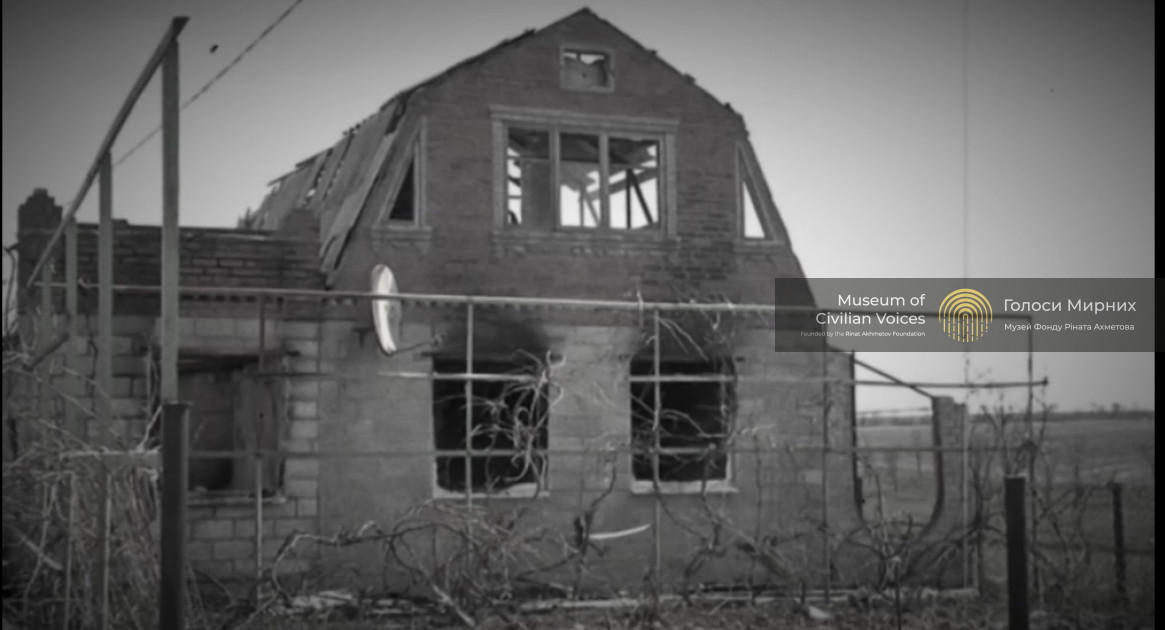 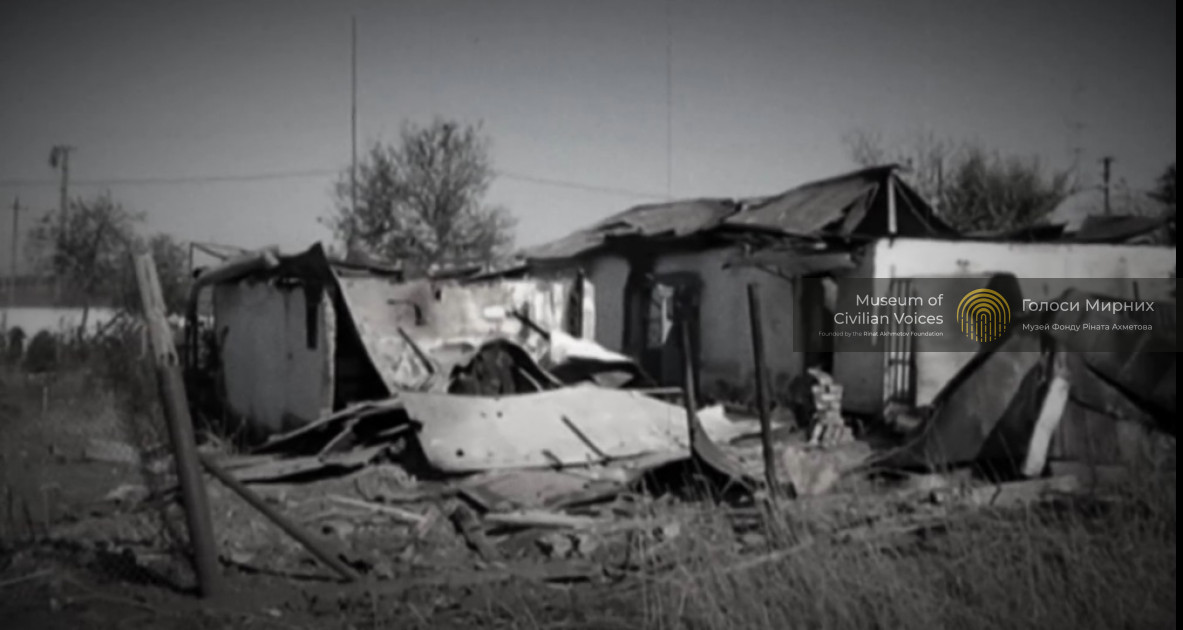 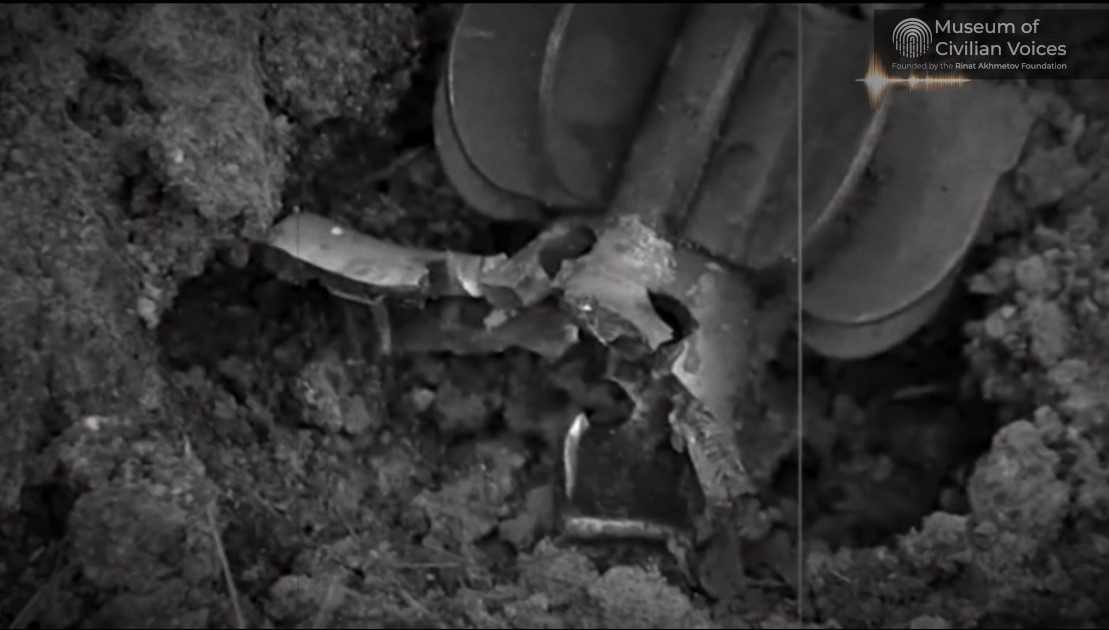 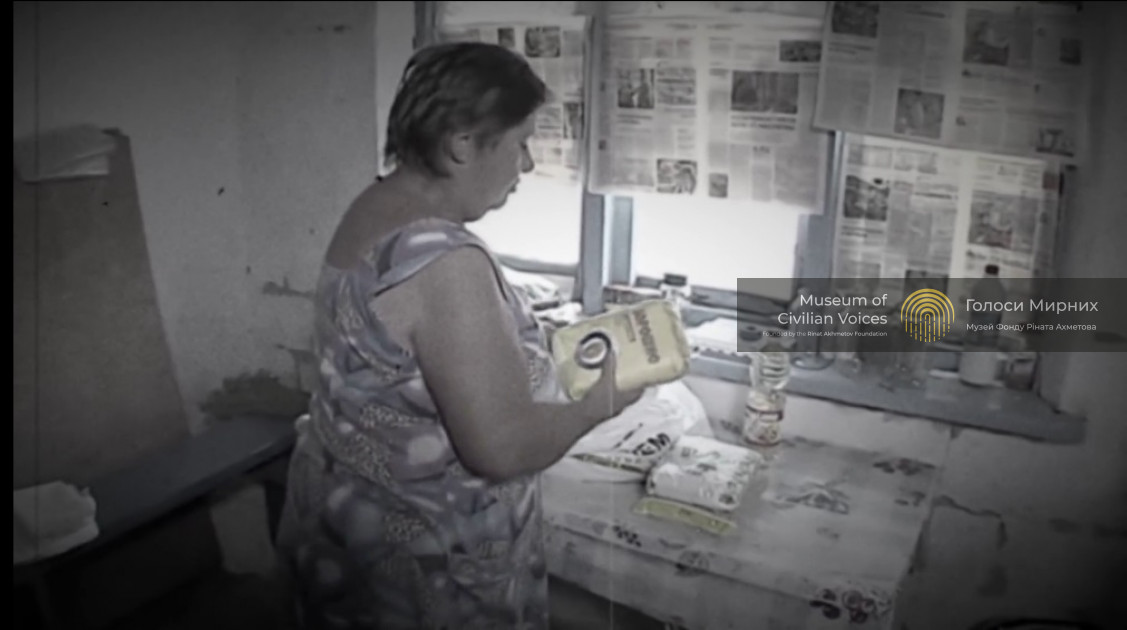