1 2
Tell a story
Go to all stories
views: 891
Svitlana Fedorova 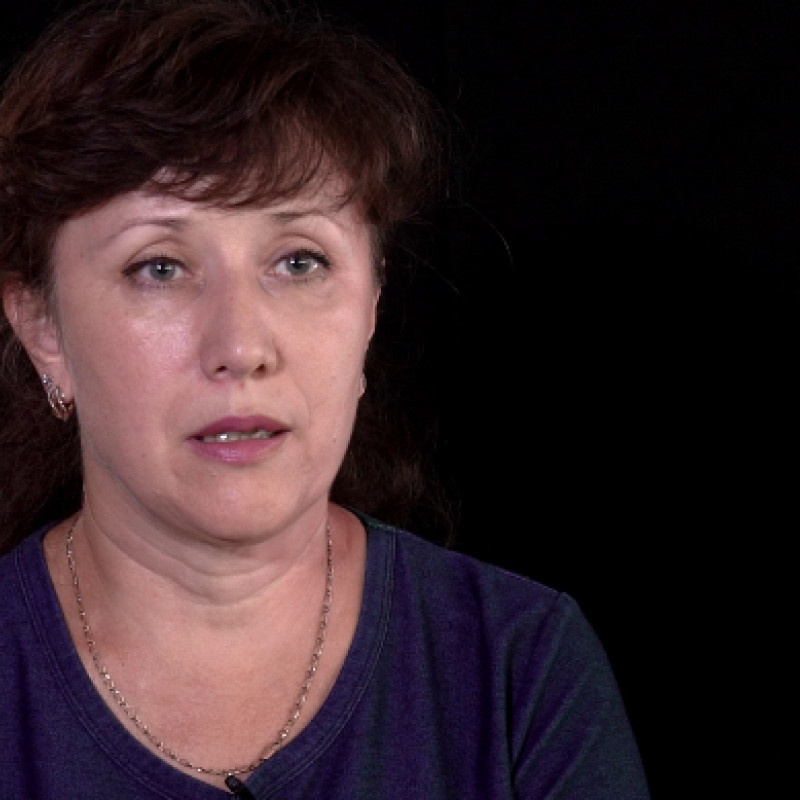 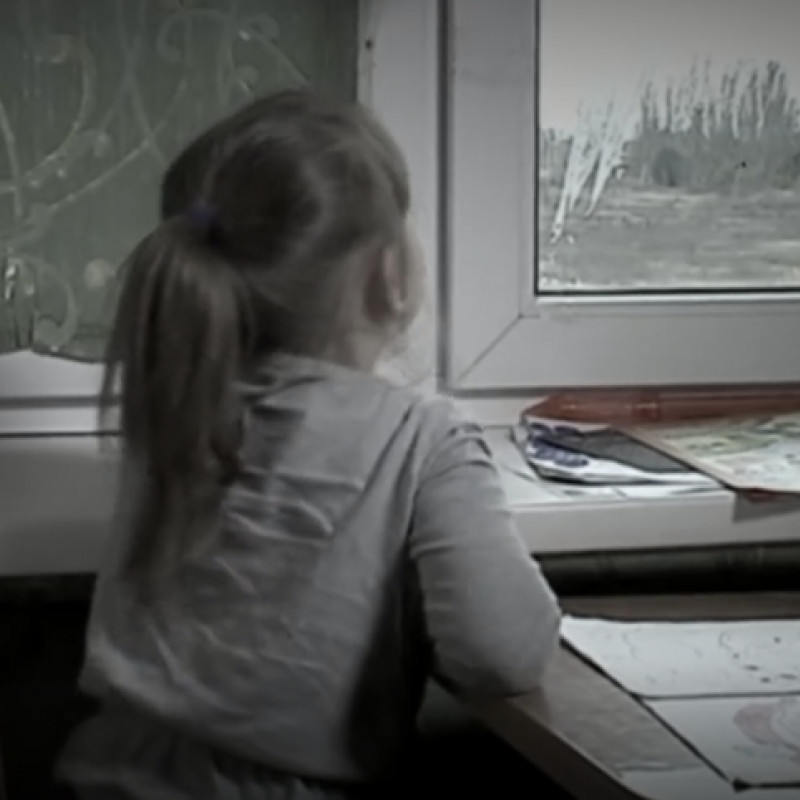 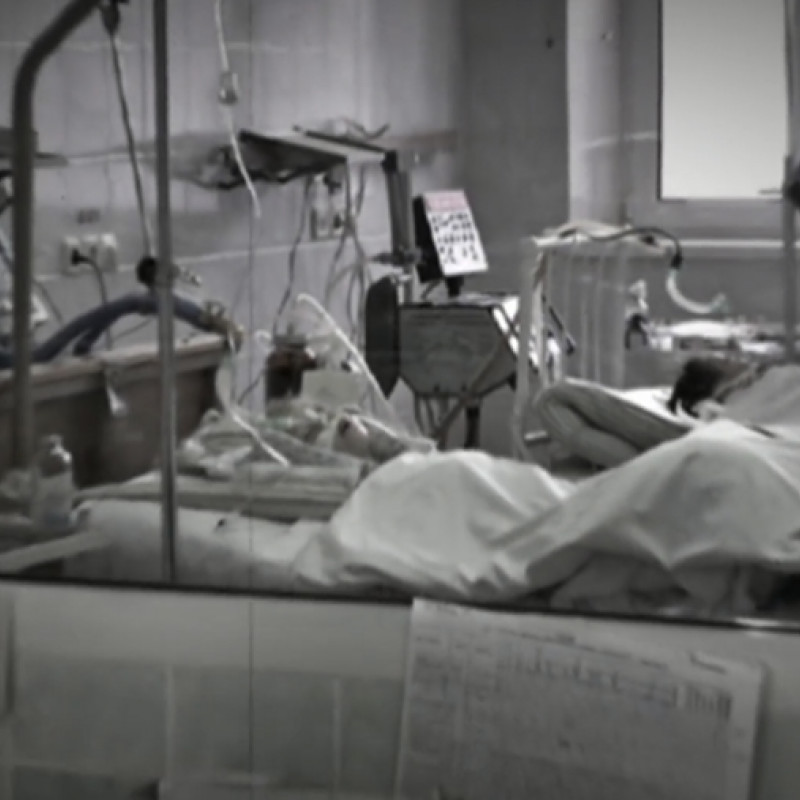 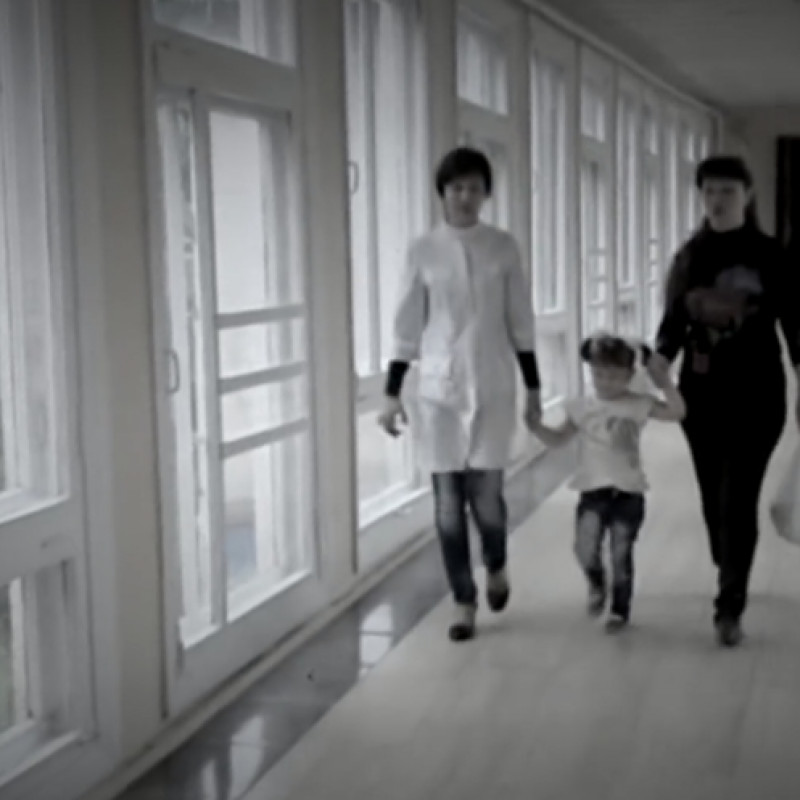 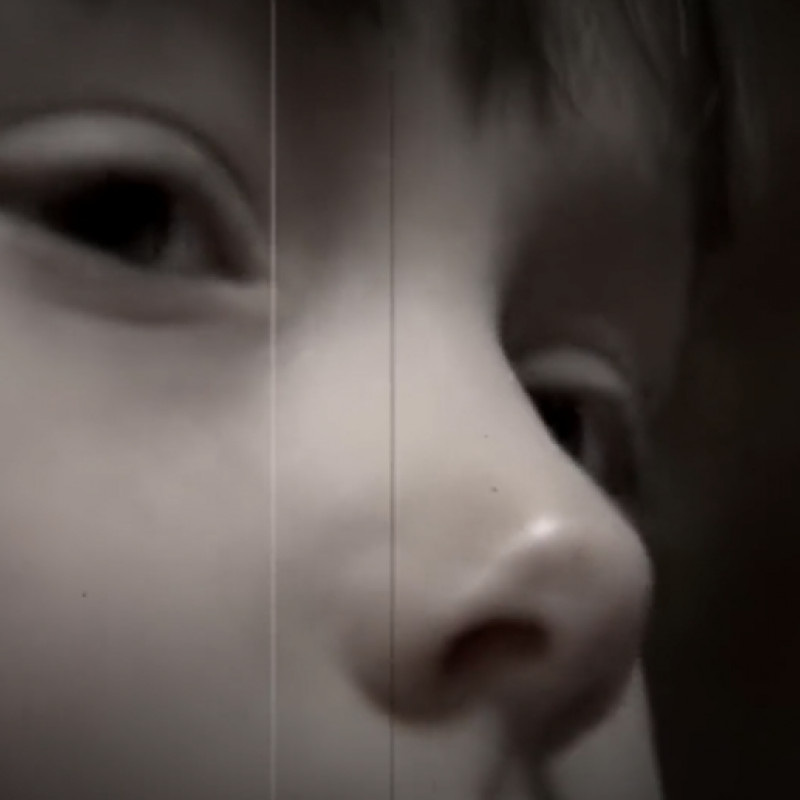 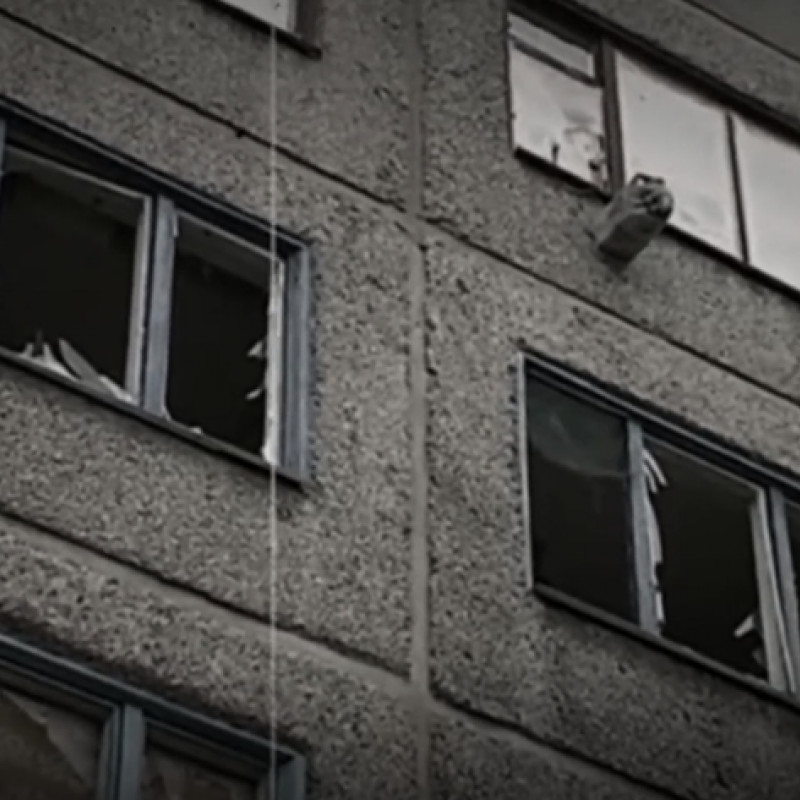 "My daughter whispered, "It hurts." She cried"

On 17 May 2015, her two-year-old daughter fell from the fifth floor during the shelling. Long-term treatment and rehabilitation have paid off – the girl is recovering now and preparing for school.

At times like this you begin to value your family very much. We used to have some family squabbles all the time. Now the family comes first. You start to think about whether you said the right thing, so as not to offend the child. Saying something wrong in the heat of the moment may affect other people. The value is that we are all together. We appreciate that we are alive. We probably wouldn't have survived without God's grace. We often pray.

We left in July 2014 as soon as the war started. But I have a little  child, and no one wanted to take us to the apartment. You can't go far without money.

I was born in Uzbekistan– the city of Jizzakh. It it is very far away. I have no relatives there either, since my mother was in an orphanage in Tashkent during the war. So I have no one there.

So the only option left was to go home. Moreover, my mother stayed in Krasnohorivka. You can't leave her alone. That's how we experienced this war together.

We live on the fifth floor. You can see Marianka from our house. The first meeting we had with the war, when in Marianka on 11 July 2014, it all started... It was very scary.

We were shocked. We did not know if we should collect our things or not? What should we do? How should we continue to live?

And on 13 July, the attacks in Krasnohorivka already began. We immediately cut off the gas, turned off the light. There is still no gas now. It is already 2019, and there is still no gas. They promise, they tried to do it, but it doesn't work. We don't know why. So we try to live slow and steady.There was only one school.

Children studied for 15 minutes. My daughter, Snizhana, already finished Grade 10, and we had to take her to Heorhiivka. We drove her under fire. We agreed with the Director and teachers: to give us more homework if it was possible. We were able to come twice a month or once a month to take assignments. We stayed at the school until all the teachers accepted us.

We endured it for a year, but we couldn't stand it any more. She went to Krasnohorivka to study at our agricultural technical school.  I finished it this year. It was also difficult. The school was very cold, because the heating was cut off. They hid there in basements, ran to the bomb shelter.

The kindergarten has opened, so  I submitted all the papers to register Sofiika. I need a speech therapist because her speech is impaired. There is no communication with anyone, she is only with us in the apartment all the time.

The kindergarten is very far away. 30-35 minutes to go to the kindergarten with Sofia, but it is no big deal. She often gets sick after the injury, and her immune system is weak. It's so hard for her.  If one of the children coughed – she immediately starts to get sick, and we leave the kindergarten for a month or two.

Daughter Snizhana has anxiety and heart problems.  She constantly needs to consult a physician to take medication.  I myself am also under a lot of stress.

At times like this you begin to value your family very much. We used to have some family squabbles all the time. Now the family comes first. You start to think about whether you said the right thing, so as not to offend the child. Saying something wrong in the heat of the moment may affect other people. The value is that we are all together. We appreciate that we are alive. We probably wouldn't have survived without God's grace. We often pray.

They were afraid of everything. It was very noisy. And we could see all these actions through the window...

We ran and did not know where to run.  Sometimes it seems that we were more protected at home than on the street.

Although you can run into the building on the street and hide in the basement.  However, we felt more fear when were are on the street.  It was very strong. You don't know what to do. You just worry that the children would not be hurt.  I wish we would stay together and survive this.

A friend of mine had a [projectile] hit the next balcony. Her son-in-law protected the young children with himself. They are hit by fragments, but they are still alive. They were sent to the hospital. That was the worst part, too.

In general, it is always scary. Still, I will never forget it even if I really want to. This will stay with us for a long time. Even now at home, if someone accidentally drops something or the wind slams the door, we just jump up. This can't be tolerated.

"She would climb on the chair and the table. And then the blast wave threw her out of the window…"

I don't want to remember. We are happy that everything is good, that the day has passed, and the children are growing up.  And daughter had become more cheerful. She starts school this year.

So we try to live in the future and just remember less bad.  Because it's hard when you start to remember. It is psychologically so difficult. You just want to cry sometimes. You just wonder if things could be have been different? Why is that? Why is she with us?  On the other hand, you begin you calm yourself down: we are not alone, many people have been injured.

We did it on 7 June 2015 during the armed hostilities.  She was two and a half years old. She would climb on the chair and the table. And then the blast wave threw her out of the window...

All the houses were damaged. We had no electricity. We were going to cook and eat outside. We laid out the stove with bricks, we already had everything ready there, and we thought that we would go now. We took the pot and were going to take what we needed: potatoes for the soup, milk for the porridge. We were all at home and got distracted. And when we lashed out, she wasn't with us.

An explosion went off. Then I saw that Sofiika was not with us. I shouted, "Snizhana!" The daughter runs out of the other room – the youngest is not there either. I thought she was probably in the kitchen, came back for the candy.  But she wasn't there either.

I thought I was going to die. You can't describe the feeling. It was very scary.

It turned out that Sofiyka was sitting near the window and fell  directly on the asphalt from the fifth floor. She hurt her entire left side. Praise be to God, she was saved. God helped us.

I ran out of the house. Snizhana was behind us. I remember that I took Sofia in my arms. She looked at me and spoke quietly, "It hurts." She cried.

And then a military machine came. There was a familiar volunteer. I immediately asked her, "What should we do?" She took us to the brickworks. There was a doctor who gave my daughter an injection and rendered first aid. And he got into the car with us, and we were taken to Kurakhove.

In Kurakhove, all the doctors gathered up. Both military and local doctors looked at her, scanned her and checked all her bones. She was screaming all the time: "Where's mom?" And even though the doctors kicked me out, I still had to show her that I was here, next to her.

They agreed to send us to Dnipro. There was a place, we were admitted. We drove with transfers: their ambulance drove to meet us, and we set off, too. We were driving along with an ambulance, and I prayed that we would be taken up well.

We spent three days in intensive care. Then we had to prepare for the operation. The doctor began to calm us down and supported us. I walked around this hospital, sat on a bench. We don't have anyone there, so we sat on a bench.

The doctor came out and spoke to us again, saying that she is doing well, that her breathing is normal, stable, that everything would be fine. He asked us not to worry.  This, probably, gave us great strength to live.

We didn't know what to catch hold of. The doctor said that they did not have plates, and the hip was  completely destroyed. We needed plates. We found the phone number of Rinat Akhmetov's Headquarters – and thank you to the employees who spoke to us on the phone.

We are very grateful to Rinat Leonidovich. If it wasn't for him… After the operation, we needed a very strong rehabilitation in 2016. He offered us to take treatment in a sanatorium in Sloviansk.  There was both physical therapy and arm stretching. Sophie's arm was bent. Now her hand is has restored. It is as healthy as the other hand!

In 2015, she was two and a half years old.  Now she is 6 years old.  We hope that we will go to school this year. It is being restored at the moment. I think that this academic year will begin in this school. Children will wear vyshyvankas.

I wish that she would grow up and become not only a good person, who would help other people. Those in need. She always said, "I'll be a doctor." Well, I hope to God. Maybe she can help someone. 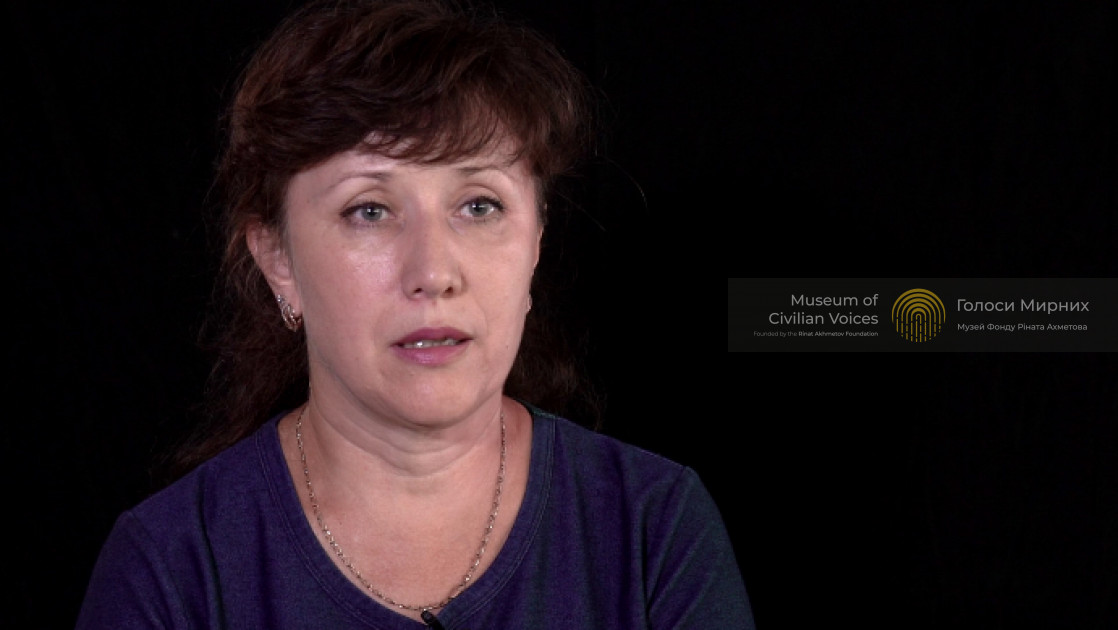 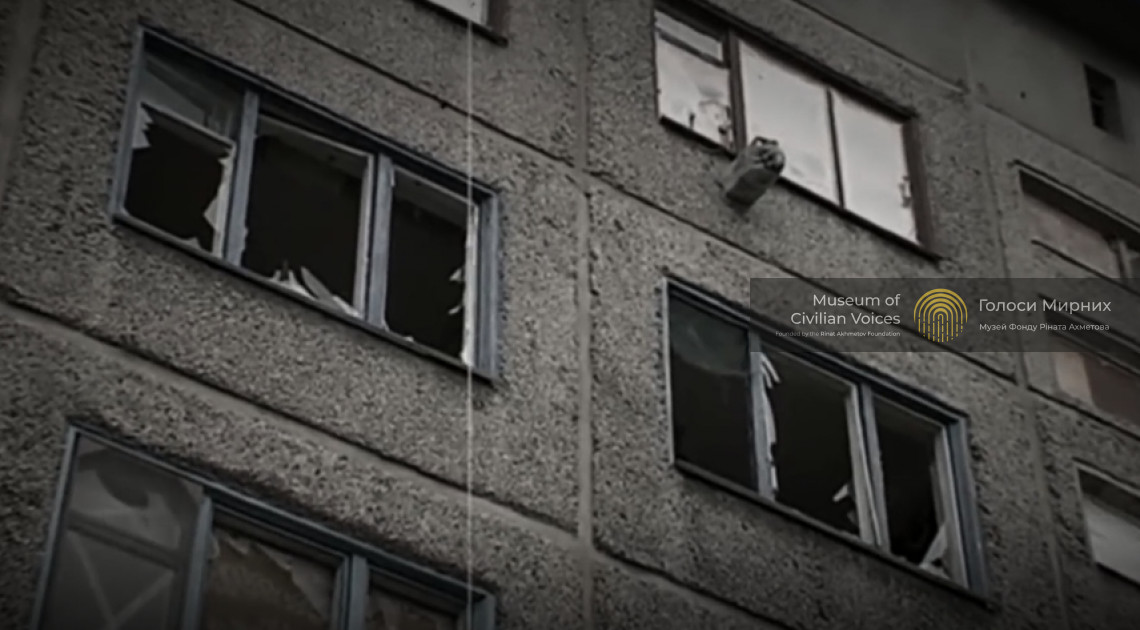 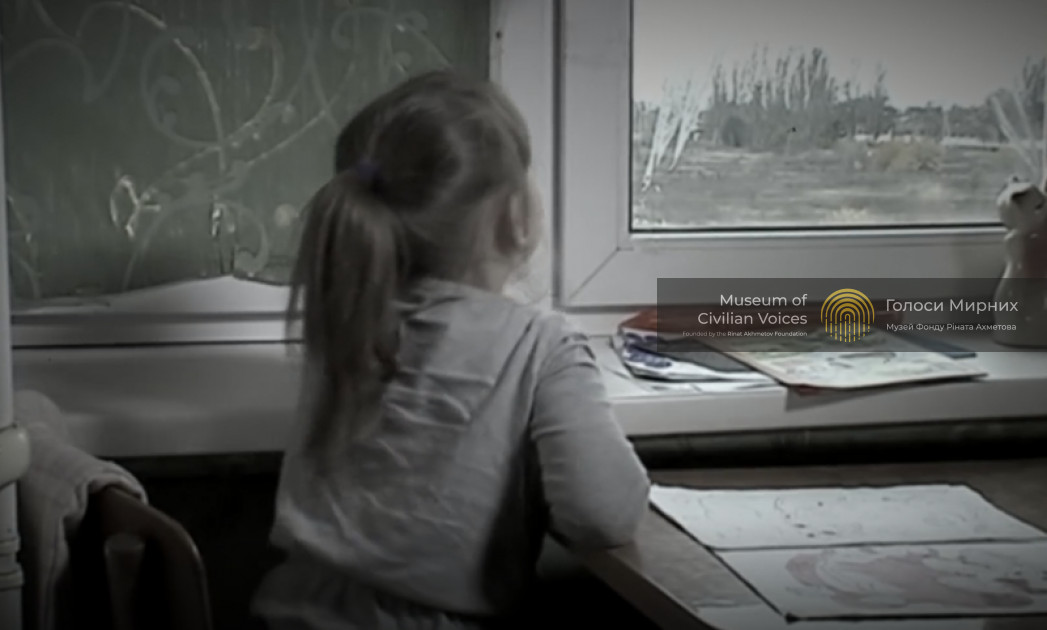 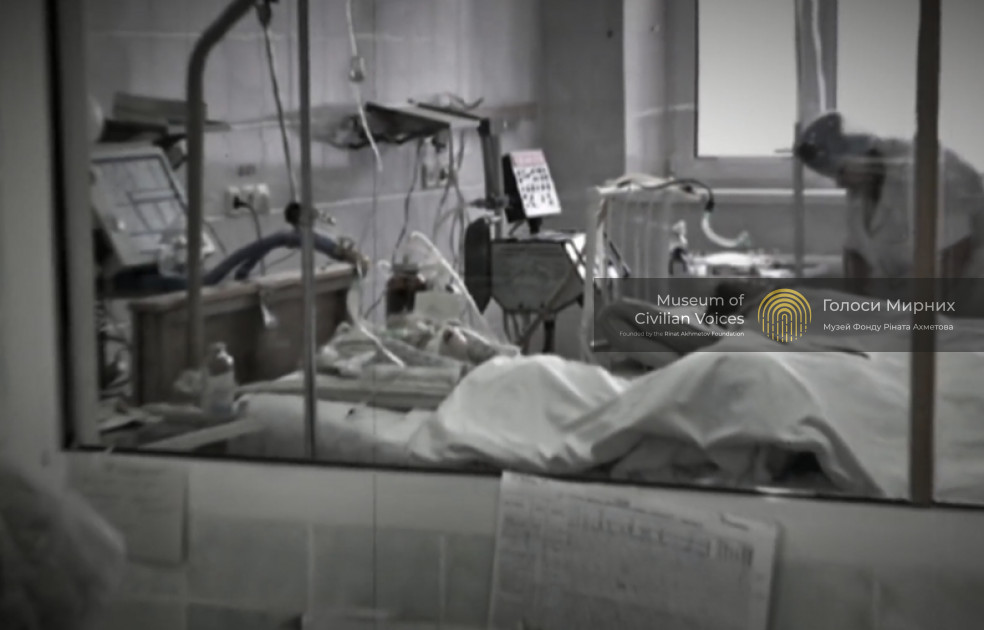 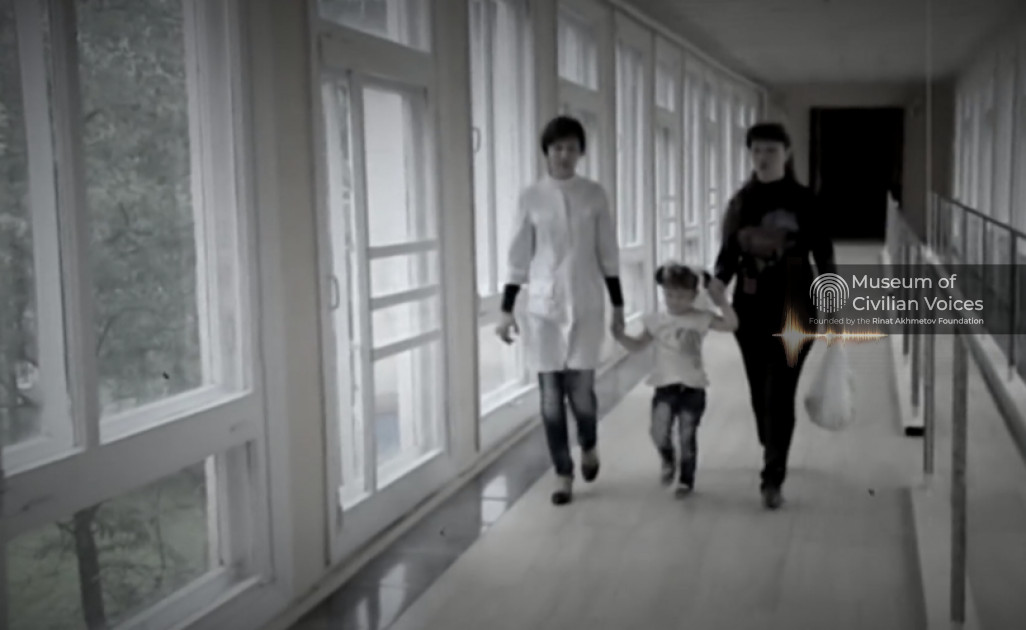 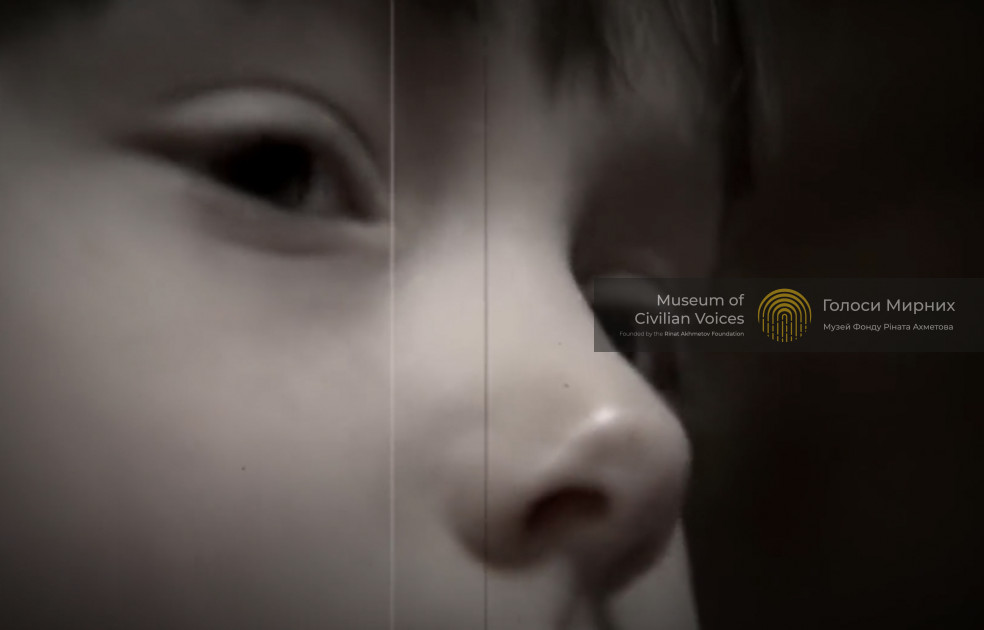 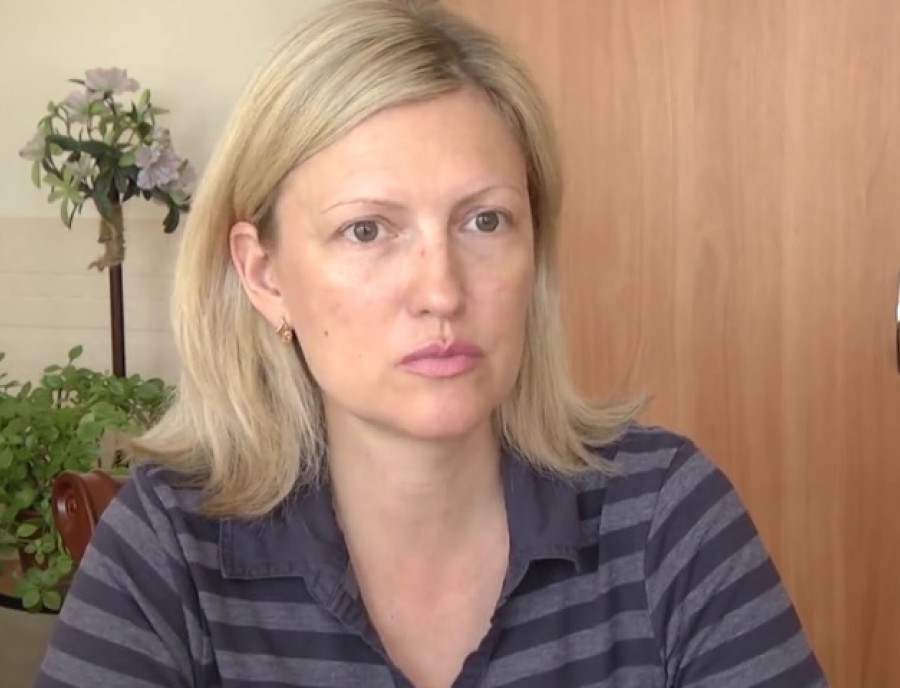 Material added to your library
"We could not inquire into the coronavirus – equipment remained in Donetsk"
Tetiana Hololobova
Krasnogorivka 2013, 2014, 2020 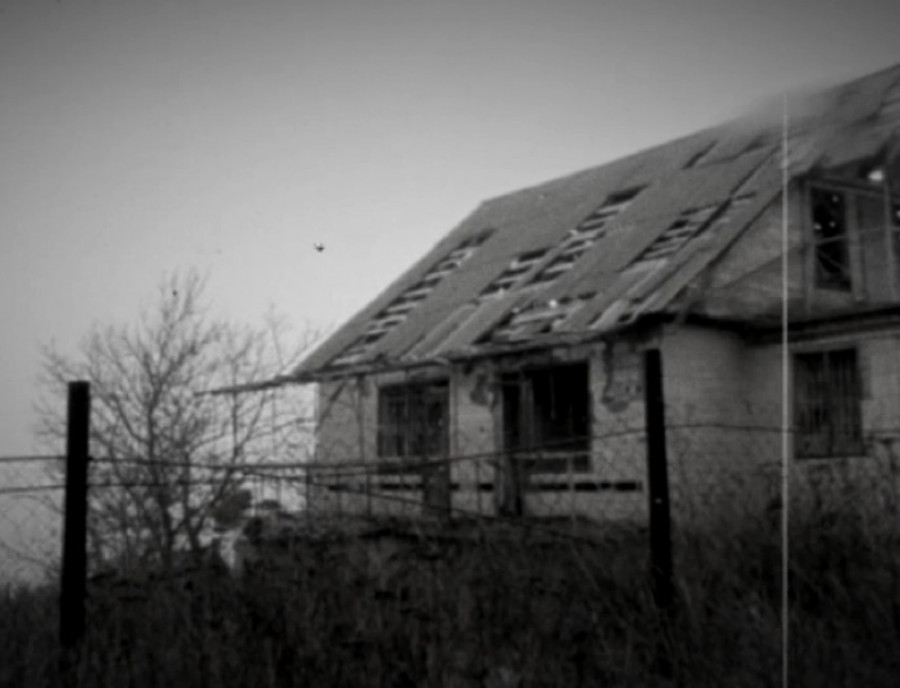