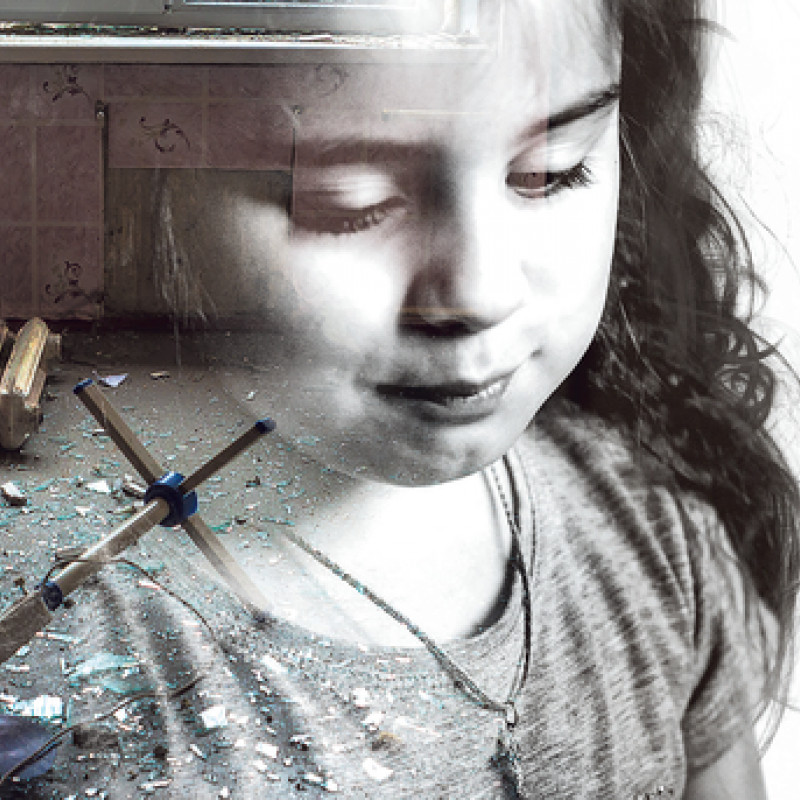 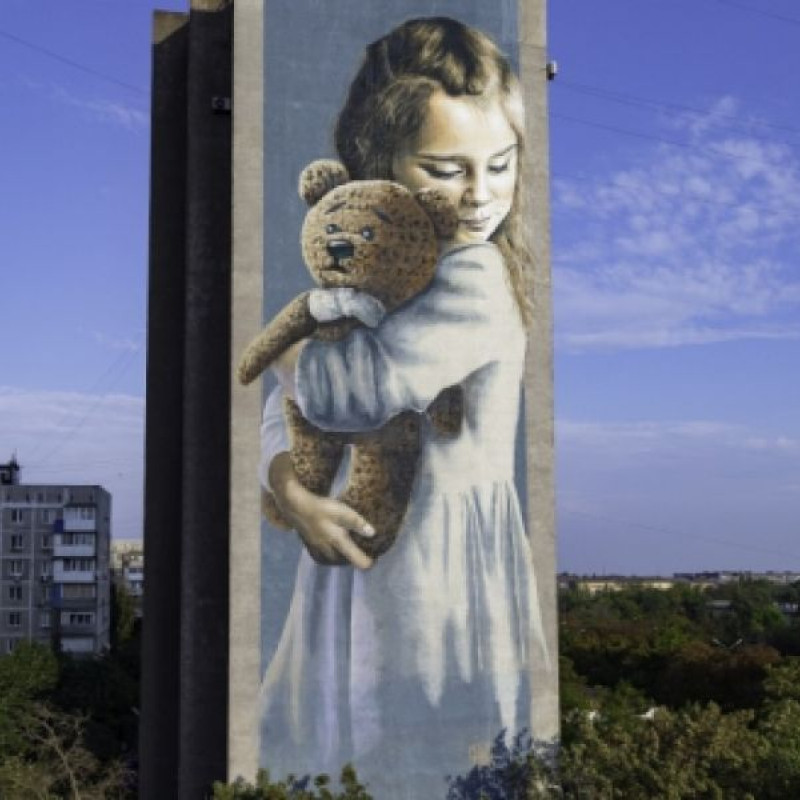 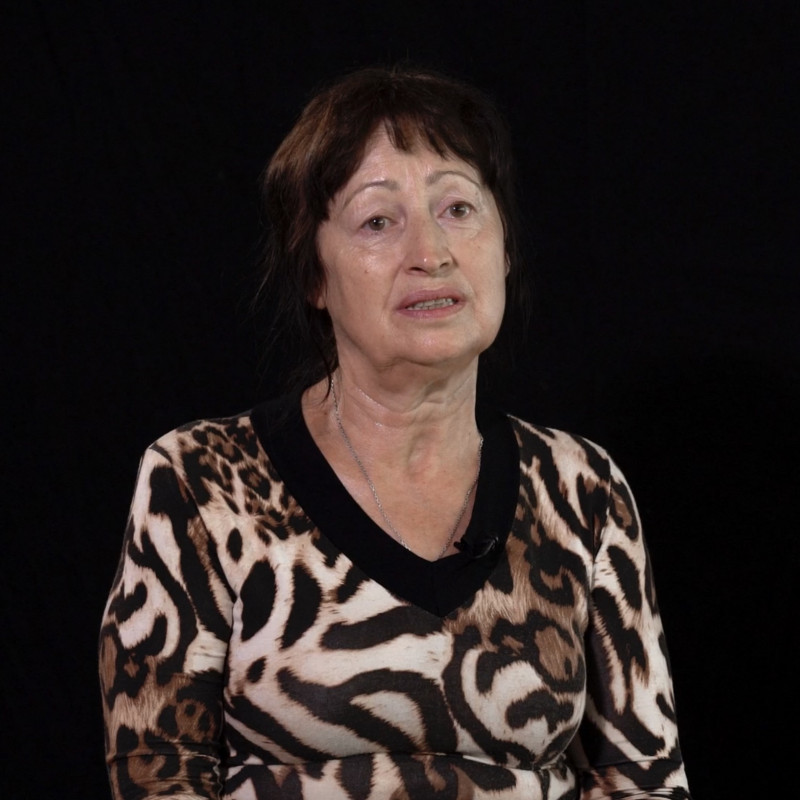 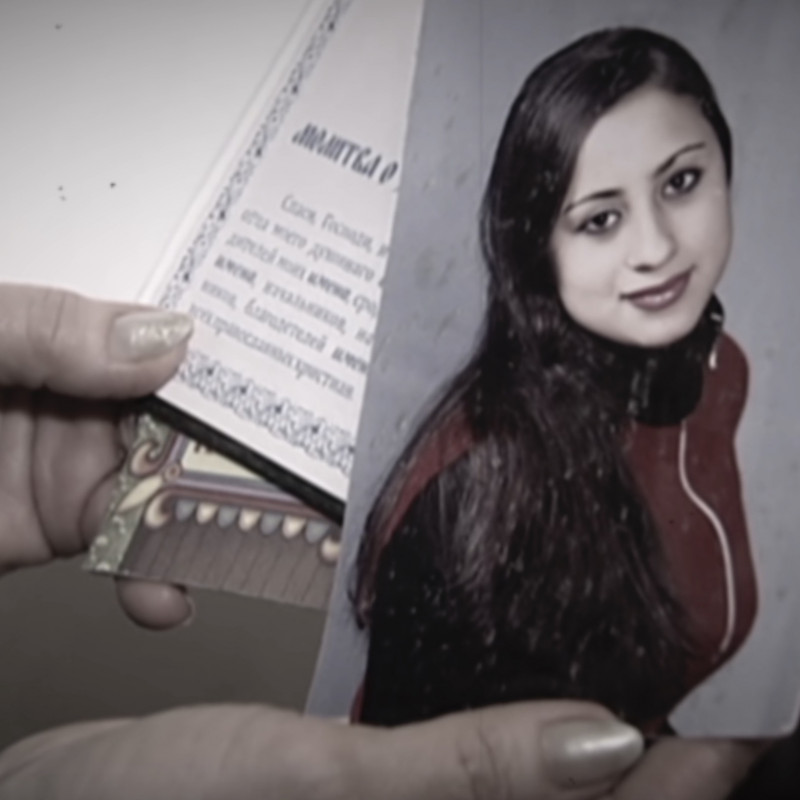 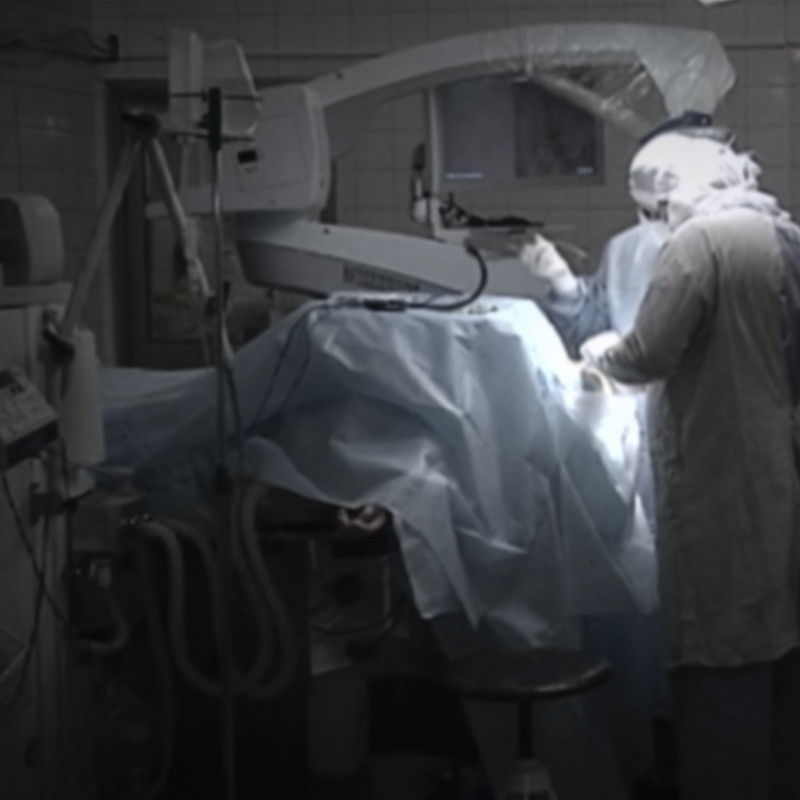 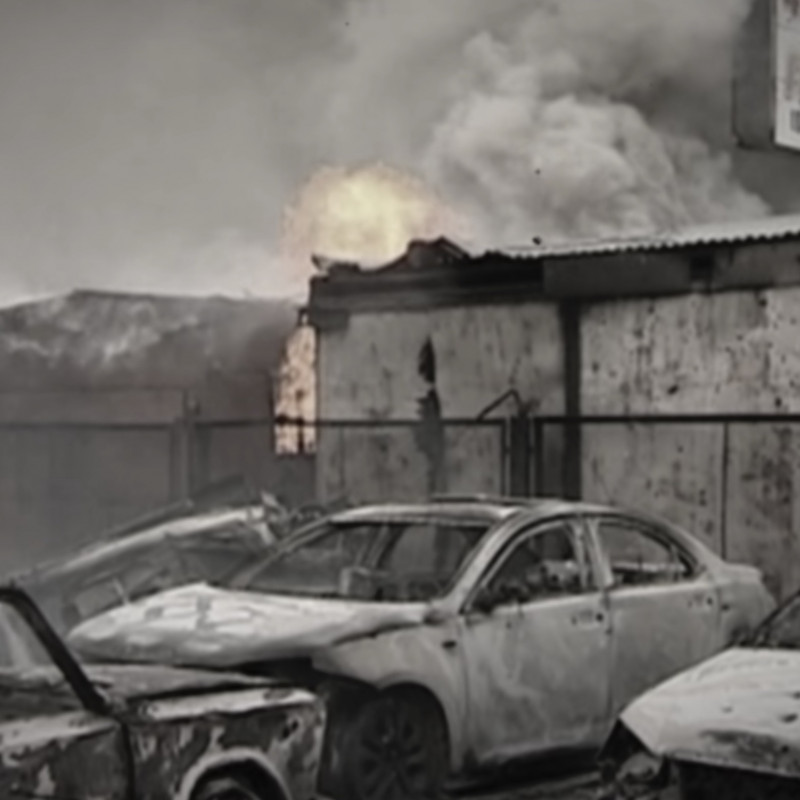 Olha Ivanivna resides in the city of Mariupol. I lost my daughter during the shelling attack, taking place in Mariupol in 2015. A three-year-old granddaughter Olha Milana was found under debris, lying next to her mother, who was already dead. Luckily, the child was rescued by a passer-by.

"The last time I spoke to my daughter Olichka was at 07:20... She and my granddaughter Milanka were in the store at the time of the attack. And a moment later... Everything collapsed after the explosion – doors, windows, everything"

We are from Mariupol. I have two children, Oleksandra and Olichka, who died during the shelling…

Grandma asked, "Is it a good movie when tanks go around?"

Everything was normal for us before the war. A tightly knit family. I loved my children very much. I raised them to be kind and responsive. And they are so loving. Olya generally protected everyone — big and small. I was still a little girl, but I was always a defender.

War is so horrible. I  learned about it only through stories. My father fought in the war, had many awards, and even reached Königsberg. So we only knew about the war from  books and my father's stories.

We went to the cinema once when we were still in high school. We returned happy. And my grandmother Khrytya would ask, "What were you watching? What was the film about?" "Oh, grandma, it was about war and tanks." Then she said, "Why are you so excited? Is it a good movie with tanks in it?"

And I remembered that someone even jumped out of the hall. A tank was going along with its muzzle pointed at... And people jumped out of it and went to battle. Grandma said, "War is scary. So the film you watched cannot be good."

I always sympathized with people if they had to witness a war. And I always told my children, "Thank God we don't have a war." It is very important to live in peace and in love.

I remember when I was little I lay next to my grandmother when they bombed Hiroshima and Nagasaki. I don't know how old I was. I was probably as old as my   granddaughter Milana is now. When she was three years old, she felt it, she saw the war first-hand, in her own eyes. It was Grad (The BM-21 Grad is a Soviet truck-mounted 122 mm multiple rocket launcher. - Еditor's note)…

I remember snuggling up and my grandmother hugging me, because  children died there. I never thought that this could happen here. It was very sad. So many children got injured. I lost my daughter.

"A man answered my daughter's phone and said, "She' is in the morgue"

It all happened on 24 January 2015. I went to the village that day. Mom has just had a heart stroke. I didn't really want to go. It was as if my soul ached as I felt it. But I had to do it. The bus arrived right on time. The last time I spoke to my daughter Olichka was at 07:20...

She and my granddaughter Milanka were in the store at the time of the attack. And a moment later... Everything collapsed after the explosion– doors, windows, everything. The witness who saved Milana, whose name is Yuriy, heard a child's voice. Then weeping.

Milana was crawling and crying. She said, "Help, help my mother. Mama's got blod (blood)." She was three years old.

When the attack began, Yuriy fell on the steps. He says that he would have been dead if he had gone inside. He called for help because he couldn't lift the debris himself.

I felt something was wrong. When I was on the way, some guy said, "God, Skhidne is now being  heavily bombed." I had that sinking feeling...

They didn't tell me anything at first. Sasha had already gone to the place, found Olya dead, and Milanka was not even there. She screamed and called for her  there and in our yard. It happened near our house. In the end, she found Milanka in the hospital. The first responders on the radio found out that she was in the city hospital and her leg was amputated. .

I couldn't do anything. I just stood there like a zombie. Mother's heart feels when something is wrong. Before that I had a strange dream…

So I kept calling Olya again and  again — and no answer. And then someone picked up the phone. Sir. I didn't understand. I asked, "Where is Olya?" And he said, "In the morgue."

I was hysterical. They wouldn't let me in the morgue. Sasha met me. I asked, " Where Is Milana?" I couldn't even speak properly. She answered, "Milanka will not be  able to dance any more... She does not have a leg, it was amputated. She is in emergency room, but praise be to God that she's alive."

A shell fell into our kindergarten on the same day. It's a good thing the kids weren't there on Saturday. However, there were casualties. A girl died in the pharmacy,  a twenty-year-old girl, who had a little daughter, died at the bus stop.

War is so horrible. And that is the province of adults. They seem to forget that they have their own children. Innocent children and old people are killed.

I didn't know how to tell her about her mother. I said, "Mother is in the sky. And when the doctors let us walk outside, I'll show you the brightest star. That is mom."

Once, the Afghans took care of us in the hospital and took us to a family with three children. We listened to music, the children made performances, they did everything for Milana. This is such compassion, love, participation in life!

And she was given some balloons there. And Milanka let them go and said, "Mommy, this is for you." She said, "Sometimes there are clouds in the sky, and I can't see you."

Then the psychologist told me, "You have to tell her where her mom is. You need to show her the place where she is burried." And so we did. When Milanka grew up a bit — she was already five and a half — we went to see the grave...

There was no monument there yet. We went there again when the monument was erected. She said, "Hello, mother. I miss you very much, but I know that you are in heaven and you are alive." I told her that mother was the Archangel warrior, because she always protected everyone.

I am a believer, and I always say, "Oh, Lord, may the people who gave us hope and mercy be blessed." In this particular case, I am speaking about the help of the Rinat Akhmetov Foundation and other people. When we got to the hospital, so many simple folks came to visit Milanka… There is still good in the world! After the incident, the first one who came to our rescue was the Rinat Akhmetov Foundation. May these people be blessed.

Milanka wa taken to the Children Clinical Hospital (Okhmatdyt) on the third day. It was hard. The doctor said, "Let's stop in Dnipro," She had her second surgery there. And there were so many people, so much kindness and mercy. The Rinat Akhmetov Foundation responded as well. Medicines – everything that was needed, they passed it all.

I want to thank the prosthetists and all the good people. May God bless and protect them. Now they have made a good prosthesis.

Milanka's leg was twisted in the explosion, and it turned out that the knee was dislocated. The doctors advised with the Germany doctors, and they gave recommendations. Thus, she immediately got a prosthetic appliance for a knee to hold it. She puts it on herself, and I'm very happy about it. She says, "Grandma, watch me walk."

"Children must not suffer!"

I dream that everything will work out for Milanka. I wish that her dreams came true, and she grew up to be an honest, fair, and good girl. I wish she achieved what her mother didn't have time to.

Sasha graduated from University, and Olichka didn't. She said, "Mother, you can't handle this (my higher education) alone." I wish I raised my granddaughter, and I had enough strength that God gave me.

I try to bring Milanka more to something good so that she would remember only the good things. She is doing swimming and drawing. She loves to draw, sculpt, and quickly finds a common language with adults and children.

She has recently had a third surgery in Okhmatdyt. There were many children in the ward. And she supported them even though she herself is afraid of doctors. But as soon as she came into the room, she met everyone while I was filling in the admittance form. She calmed others down, cheered them up, gave candies. I am very glad that she is like that.

I wish all the children were happy. So that they would not remember the war but forget it. They were so seriously injuried… This is unacceptable. Children must not suffer! 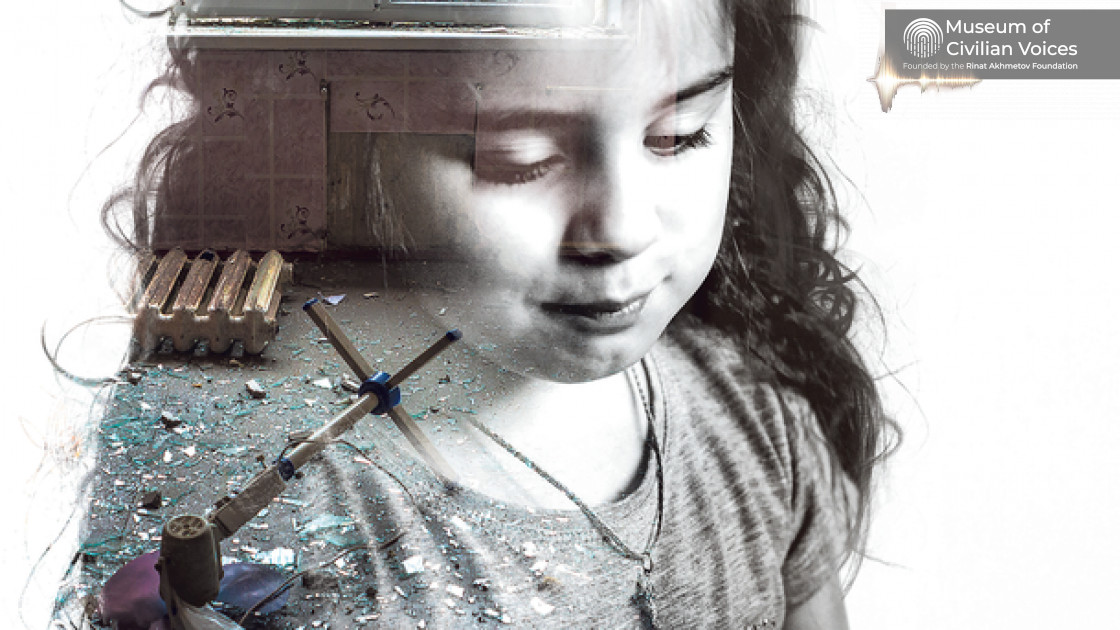 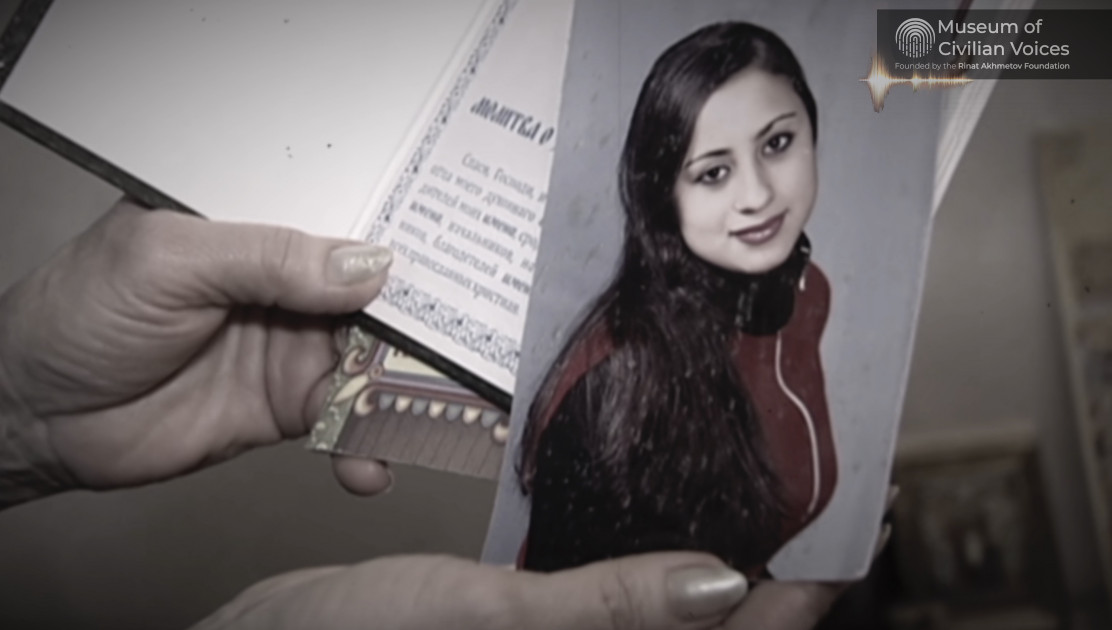 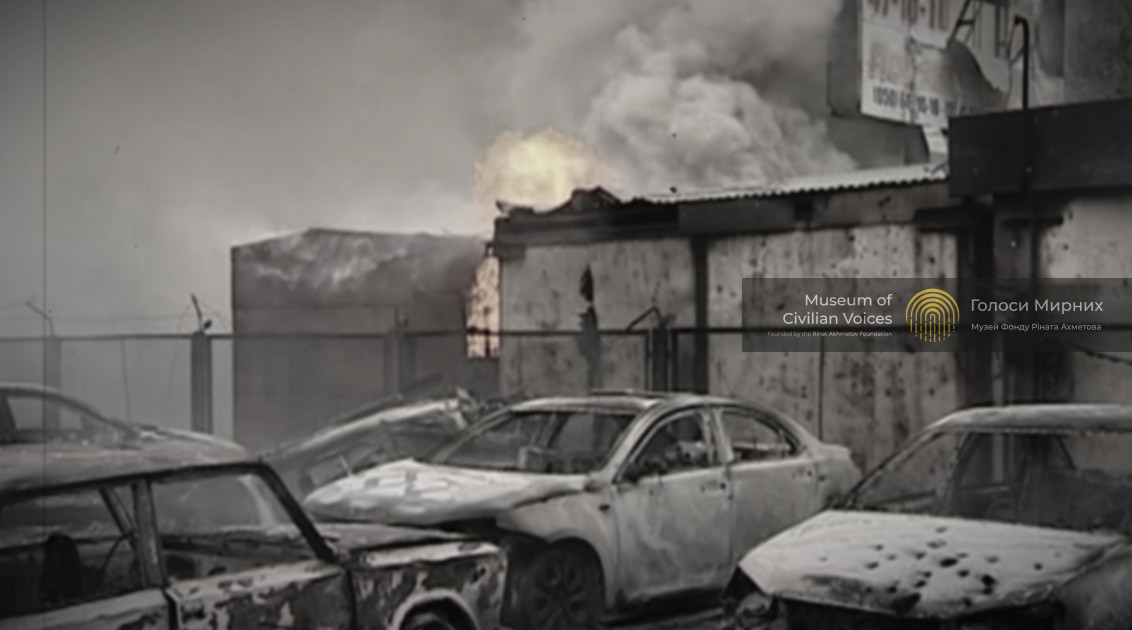 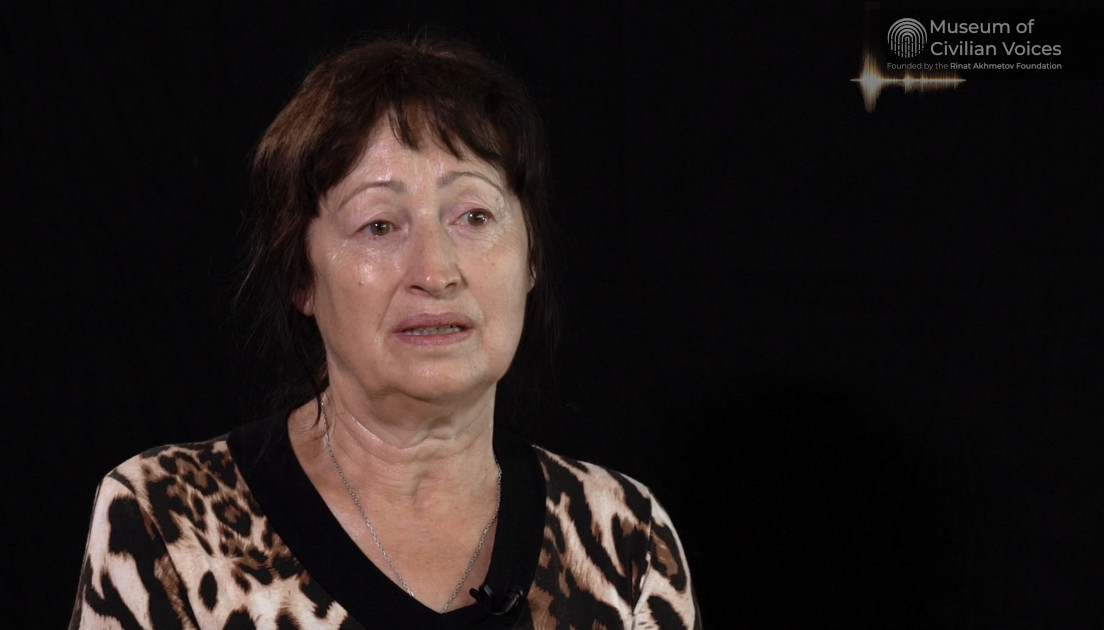 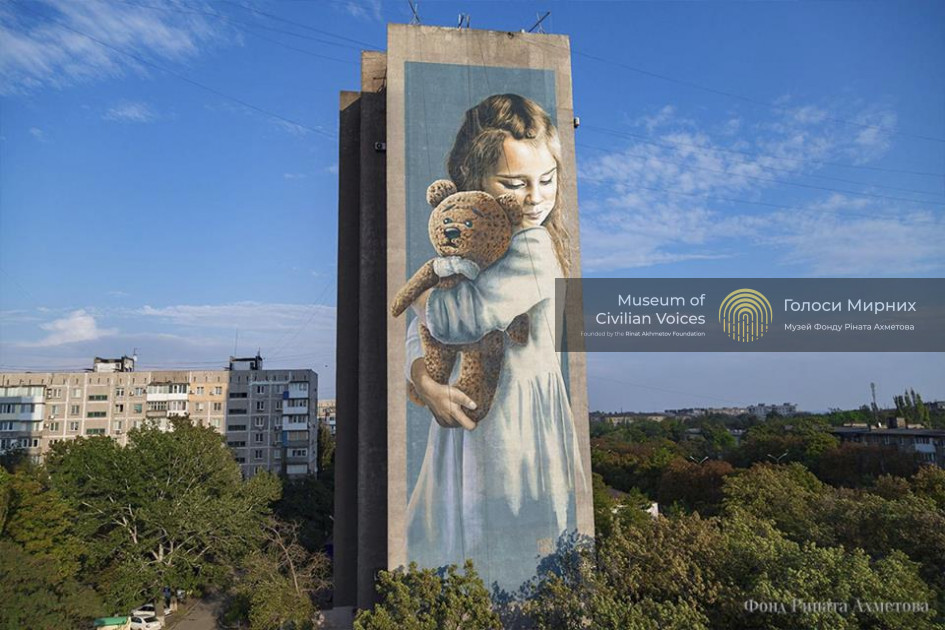 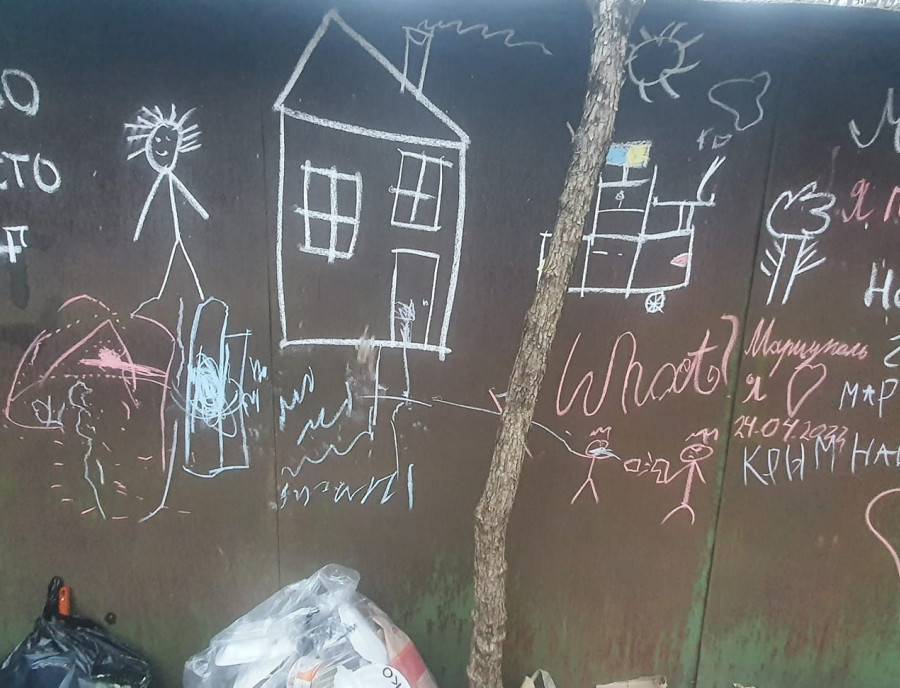 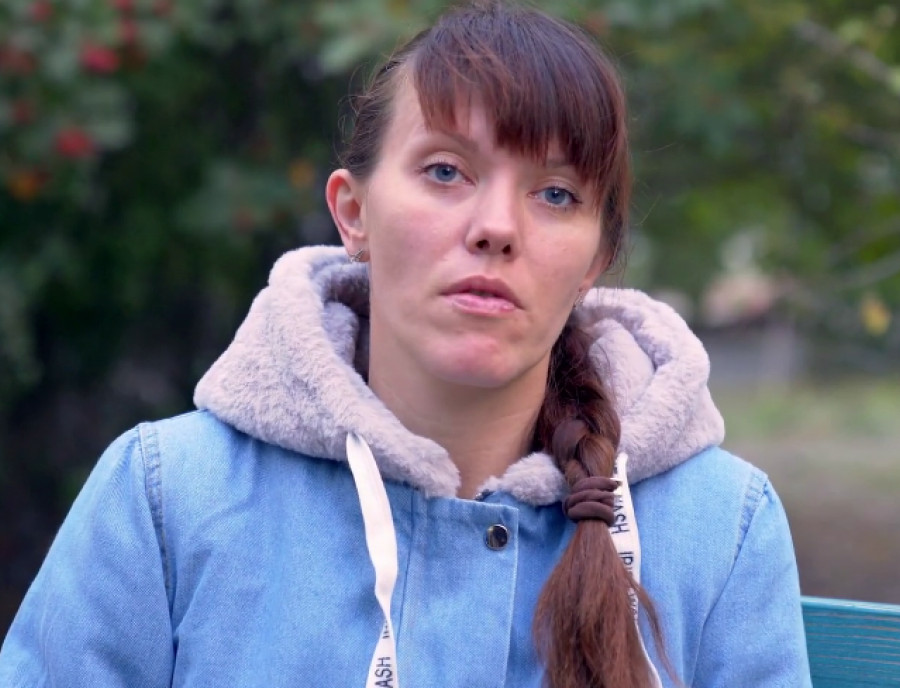 Material added to your library
"A friend looked at my daughter and said, "Masha is covered in blood!"
Yana Mykolaivna Demchenko
Mariupol 2015 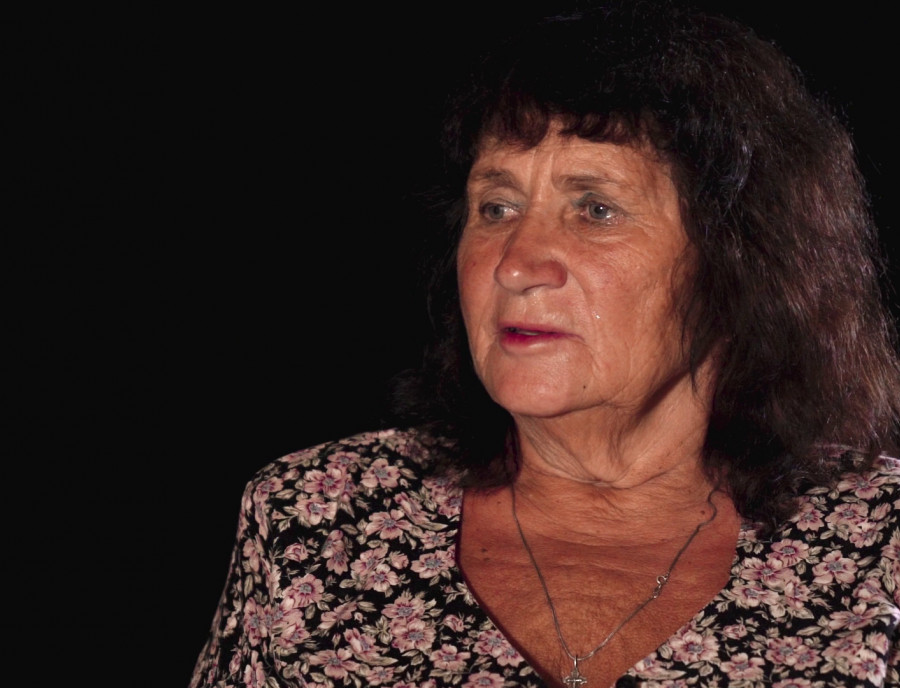 Material added to your library
"Granddaughter says, "Grandma, what is this war for? I hate it! Mother was killed"
Valentyna Andriivna Kunina
Mariupol 2015, 2017, 2019