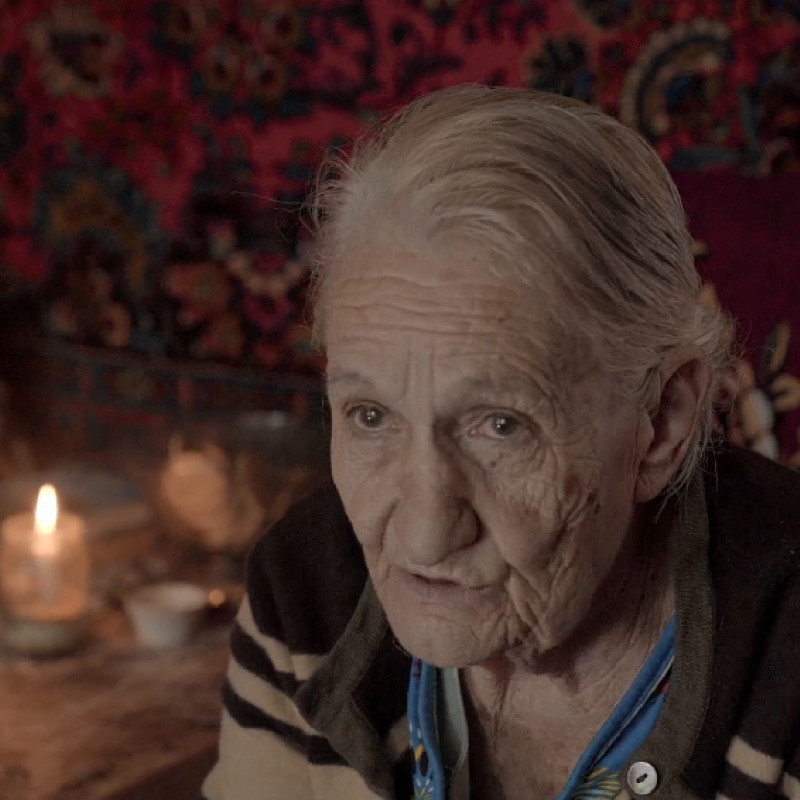 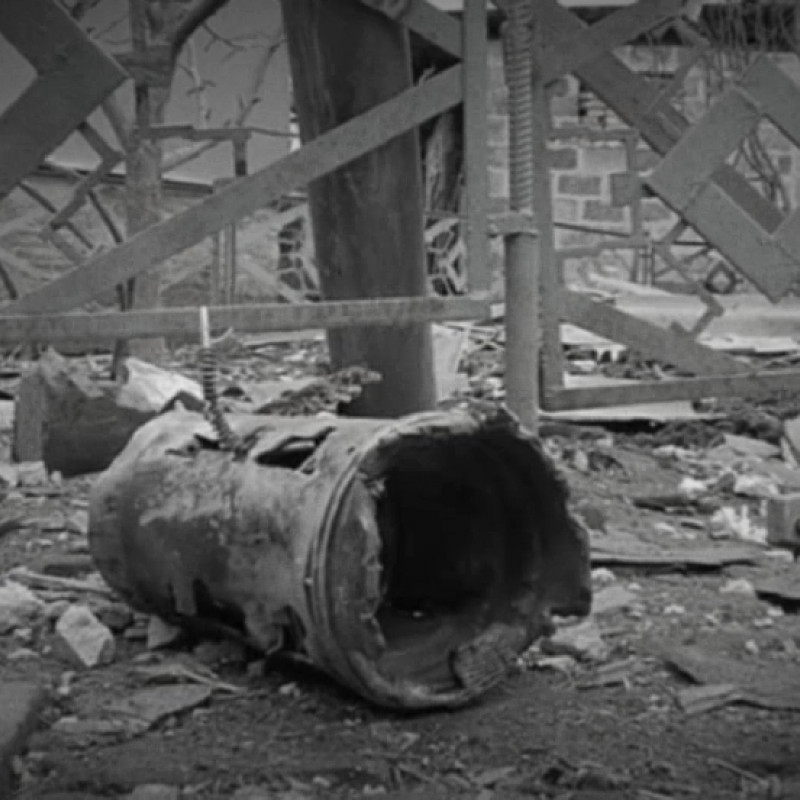 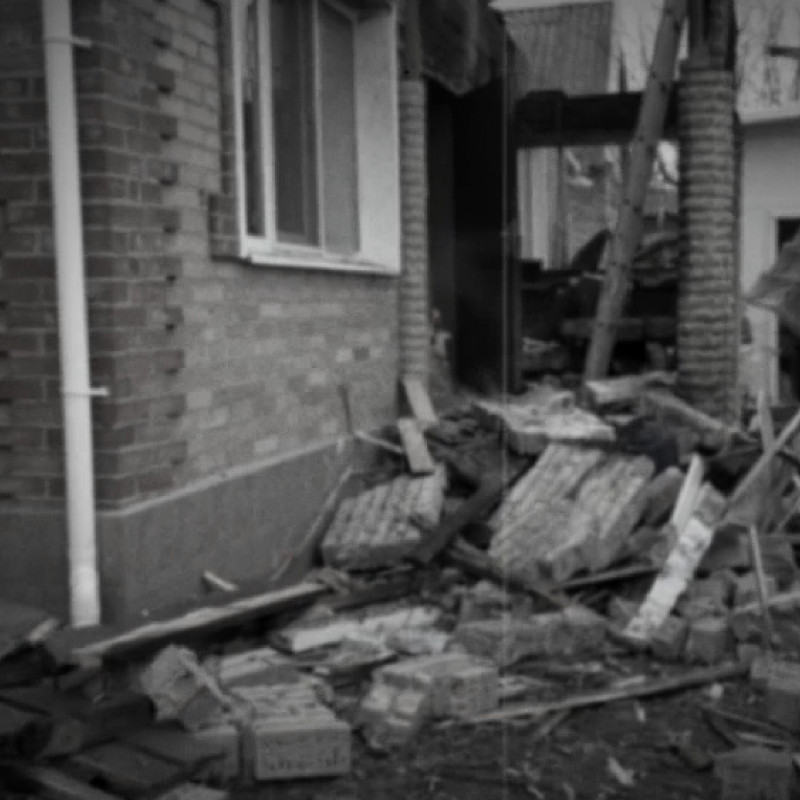 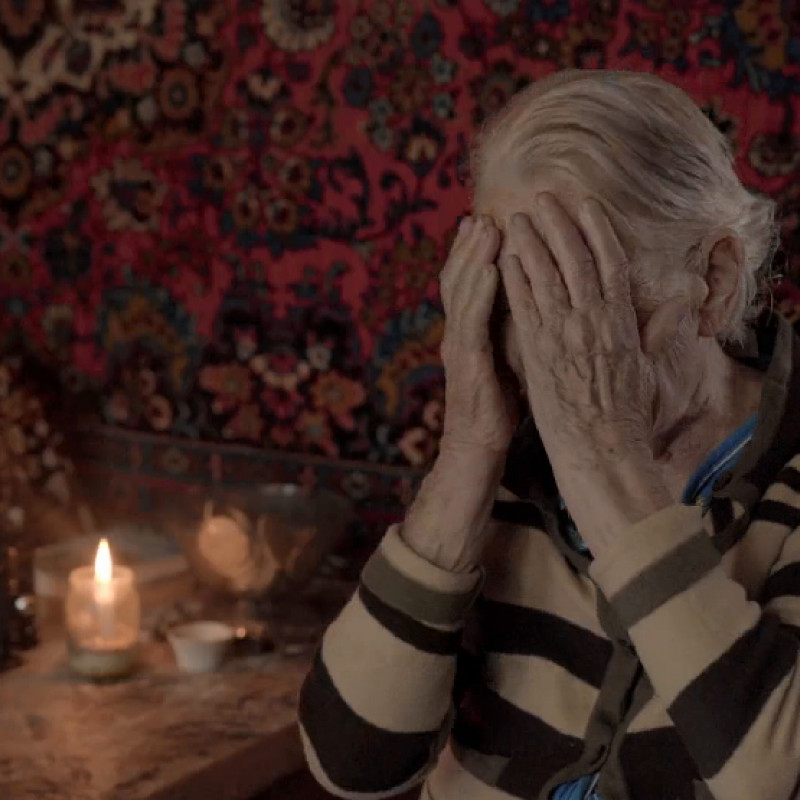 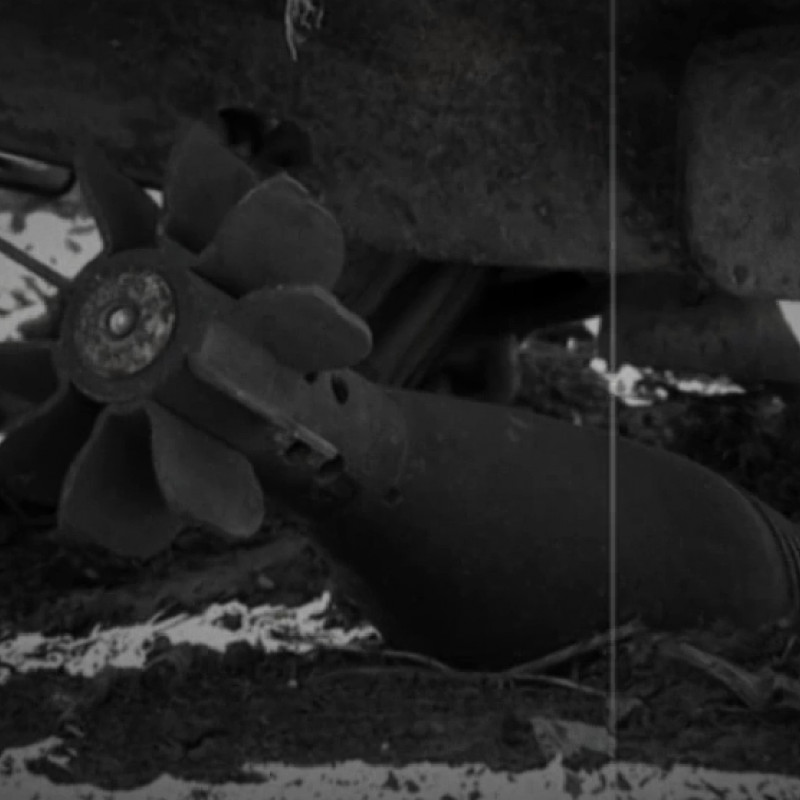 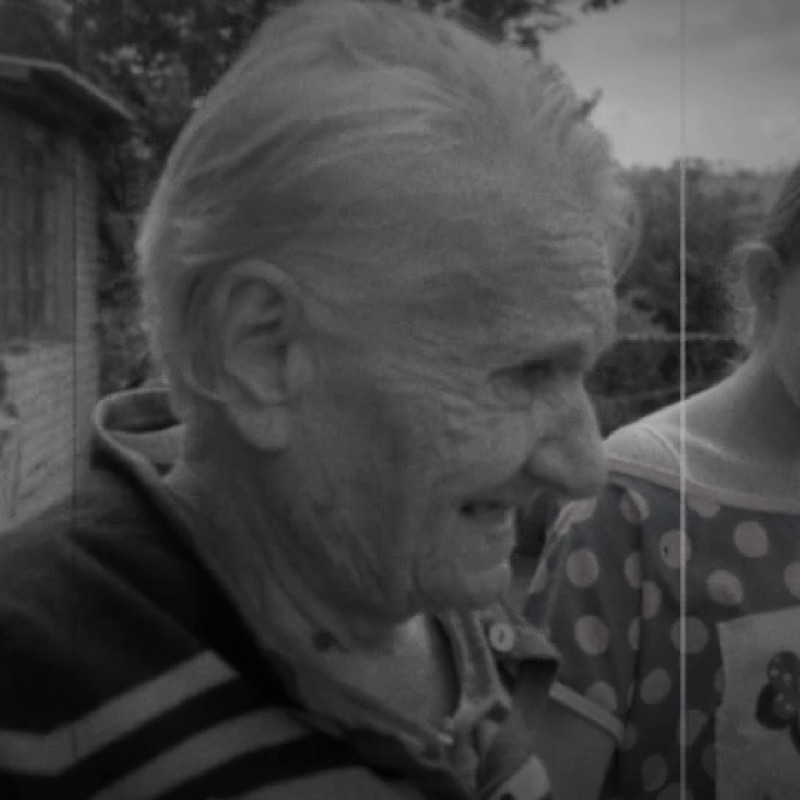 "I fell and did not reach the basement"

She cannot forget the heavy shelling, which took place on 14 February 2015. She did not have chance to hide in the basement, fell and injured her leg.
She wishes that her daughter would find a job again, and her granddaughter would have a radiant future and was not afraid to go to school.

I wish peaceful life would come, and they would go to school with peace of mind, like we used to in our youth.

I was born here [in the village of Novobakhmutivka]. I was baptized here, and I will have to die here. I worked in a collective farm, milking cows, feeding chickens, and working in the dining room. I live by myself. I separated with my husband –he went to work abroad. I live with my children.

I live with my daughter Lyuda and granddaughter. Son died a year and a half ago. Another granddaughter lives in Horlivka, which is far away. I also have a grandson, who lives in Donetsk, and it is the other way round. Daughter can't find a job. We do not have a car to leave, and buses have been cancelled. So we live on pension payments.

No one would have thought that war would come. We saw what had happened in Kyiv. However, we were convinced that that would not occur here. Then we heard that the situation was escalating in Sloviansk.

"We wondered if we would be alive"

In February 2015,  there was heavy shelling right on Valentine's Day. I remember it, because it is my name's day —Valya, Valentyna. When I rushed to hide somewhere, I got grazed to the wire or something similar, and injured my leg badly. I fell down and did not go down the basement. There wa no time.  I could barely manage to reach the house.

The shelling attack was so strong that windows shattered here and there, everywhere. We just wondered whether we would stay alive, whether we would be buried here, underneath our house. When will this end? When it seamed that the shelling was over, the rattling sound would be heard again, signalling about the new attack... We had no time to have a rest.

We could not go to the hospital: rattling, rambling, firing was eveywhere. I have to take medicine. It helps to calm the pain. At first, I was tied to bed since I could not get up. Then I started to walk, using crutches. Whenever I felt better, I used only one crutch. I held to it and tried to walk.

All our windows have been broken. Luckily, they are fixed now. There was no glass here, everything was shattered. The place was raving about when a shell flew by. It was so scary. Thank God, things settled a bit now. We can still hear these rambling sounds, but they are far away.

''When the shooting attack was on, we did not even hide any more"

People hid when they shot. When the shooting attack was on, we did not even hide any more. Where was I to hide? Granddaughter hid in the basement.

You know, a basement is not the most reliable place to hide. My basement is made of plates. So when something hits, the place will collapse. They are not professionally built. Right? When a bomb is dropped, we will be buried beneath the blocks.

We couldn't sleep. How could we if the rattling sound is no loud? Then we got used to it. If the sound was not that loud, it meant that the shells would not reach us. So we were not that scared. I mean, we were afraid but as before.

"You could go to the forest to bring some wood. Now everything has changed"

We live step by step. Two thousand UAH we receive do not really help us out.  Today we are concerned that winter is not that far ahead. So we have to buy coal. We have to make all arrangements for school.

Everything is so expensive. We have no electricity. And we have no money to pay for it. We do not know how we are going to pull through. Last year we received fuel bricks. I do not know whether we will get them this year. We could go to the forest before the war. Now the area is mined.

Everyone had to figure out how to get through it. We ate everything we could.

We had  a shop. The owner tried to bring us bread at least, no matter the weather or the firing. She brought a loaf for everyone. We shared food. That is how we lived.

Luckily, we had vegetable gardens. The assistance from Rinat Akhmetov is the only thing we get.  We are very grateful to this generous man. He really understands us. He actually helps us. He brings sugar, pasta, cereals, buckwheat, oil. Thank you very much! This aid is crucial to us.

"I wish peace would come"

Nothing else. I wish peace would come. How much longer can this war last? So many young boys have to die! For God's sake… We have a granddaughter. I do not worry about me. I am old. Granddaughter is so young. Her whole life is ahead.

We pray for the best. Perhaps, war will end soon, and peace will come. Perhaps, we will be able to go somewhere. I have a grandson in Donetsk. He sometimes calls us. Daughter has a chance to find a job in a better place. Granddaughter will finish school, and she will probably want to continue her studies.

One day, I remember, some children were on their way home from school. They cried and cried. Luckily, they came home unhurt.

I wish peaceful life would come, and they would go to school with peace of mind, like we used to in our youth. We would go to school with flowers in our hands after the war in 1941. We had no clothes or shoes, but we knew that we would not be fired at. I went to bed and woke up comfortably. This is what I want. All this rattling sound to stop. 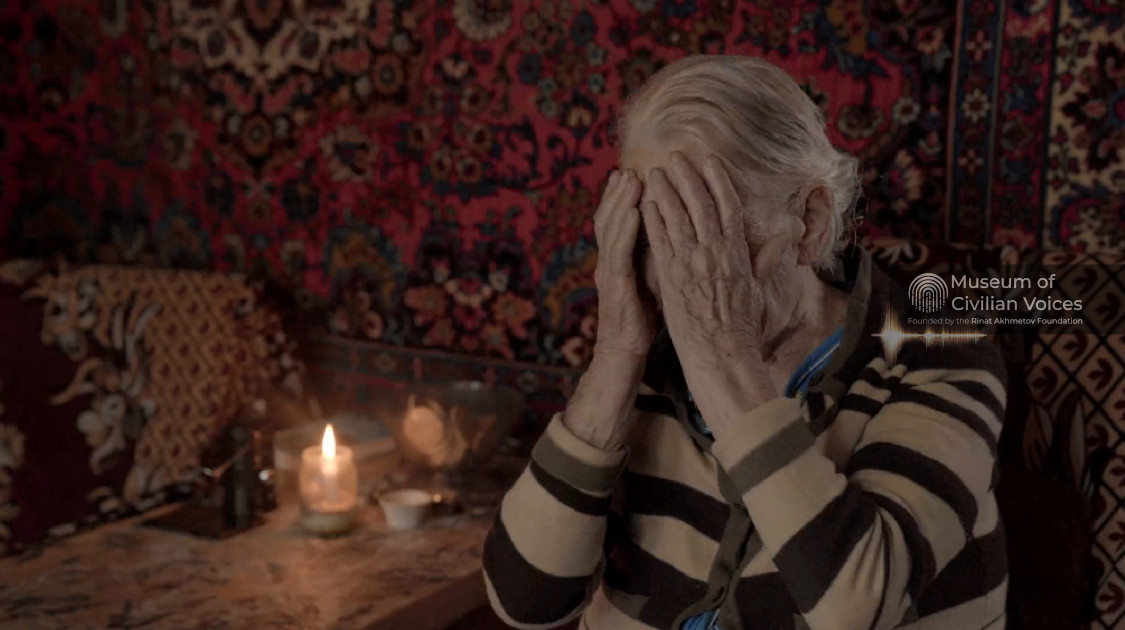 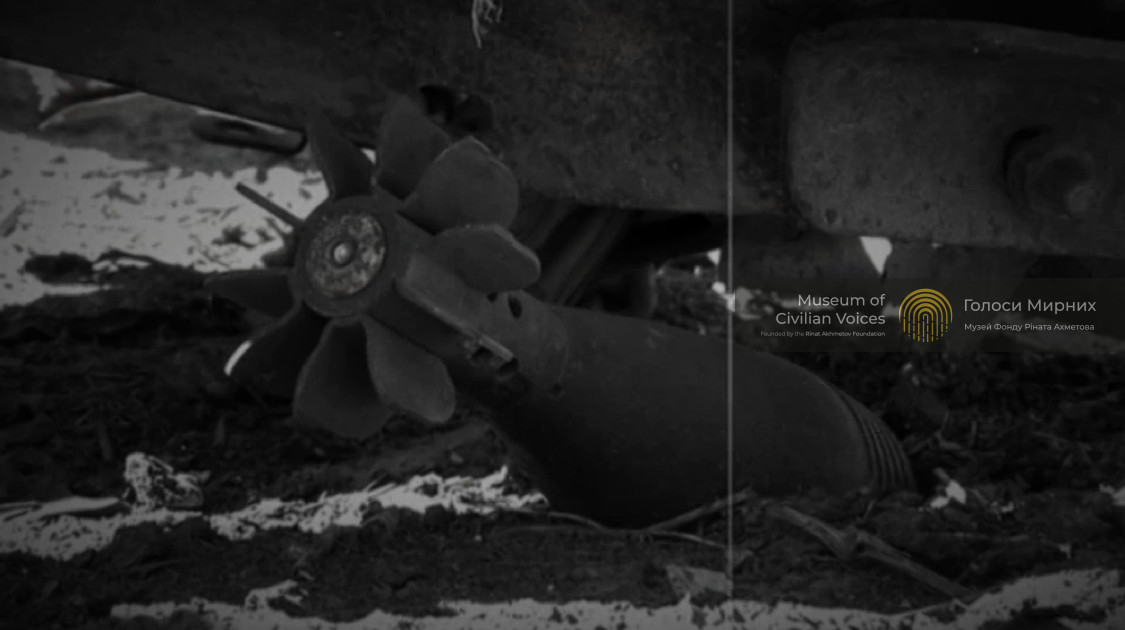 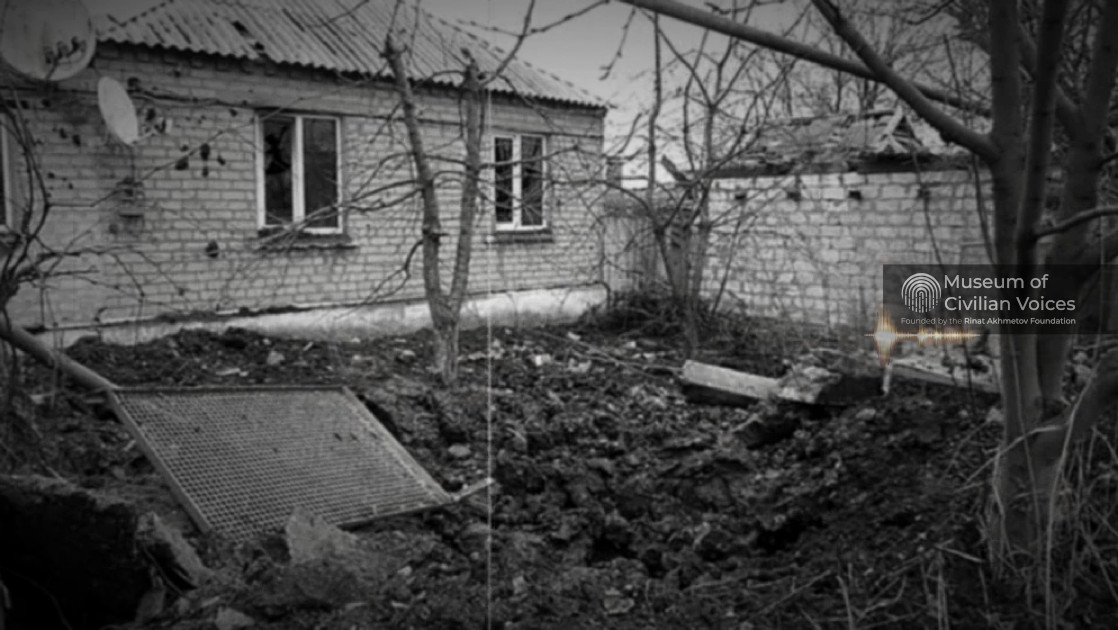 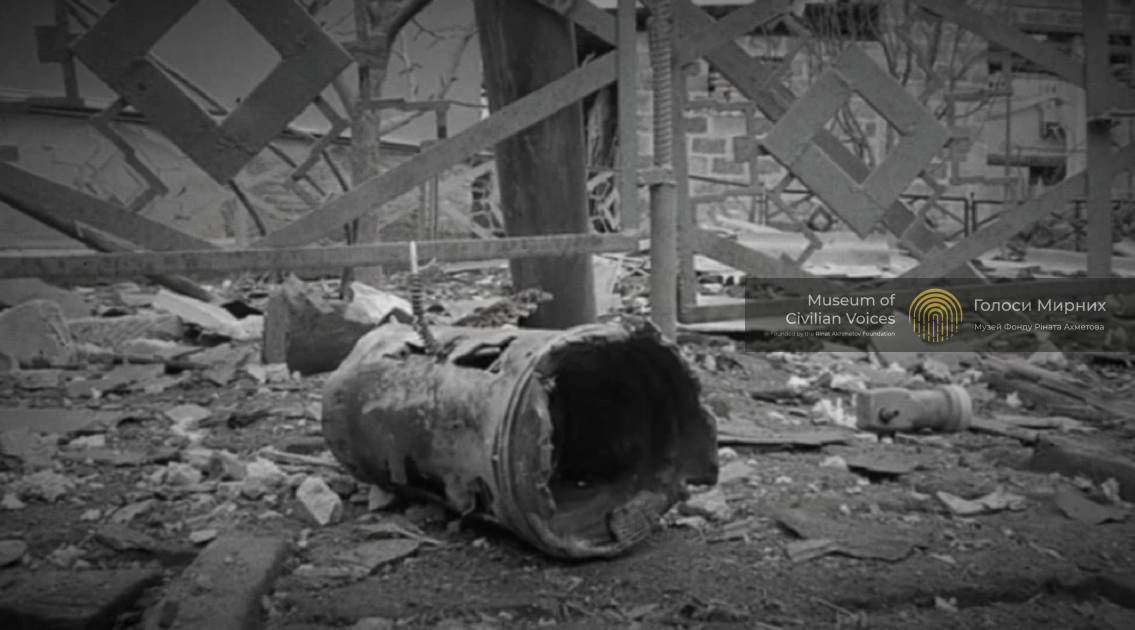 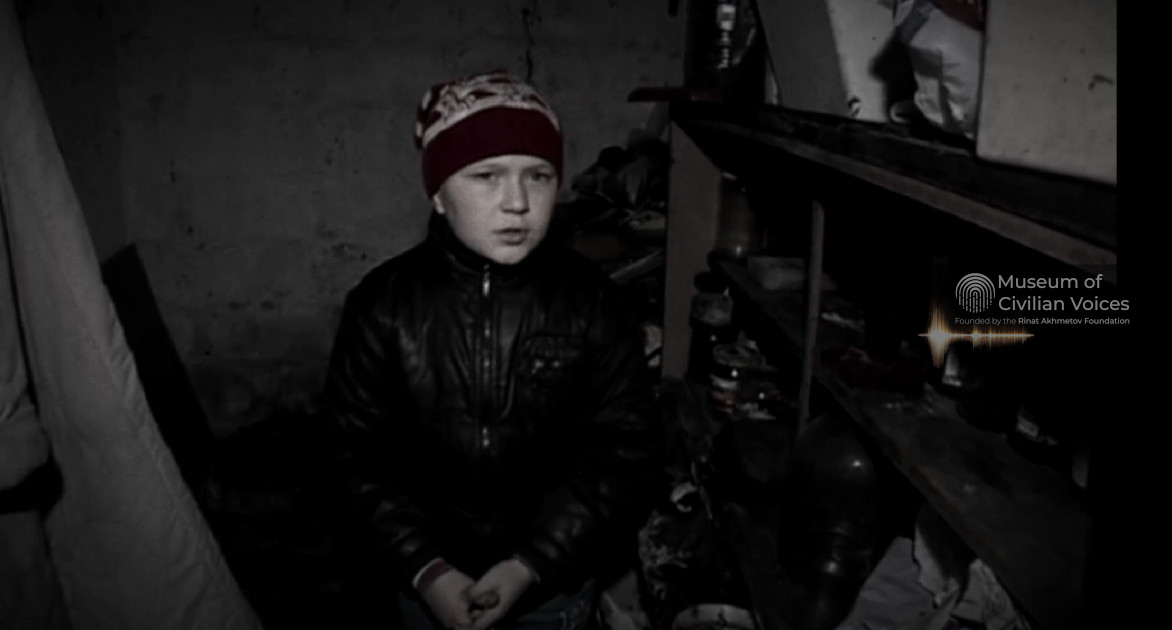 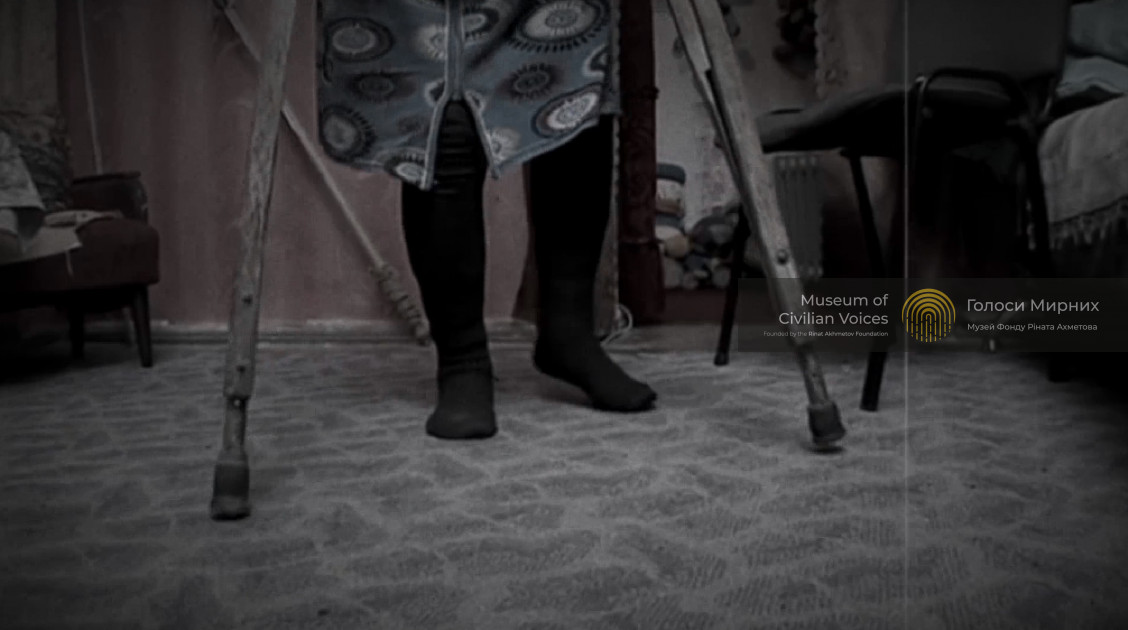 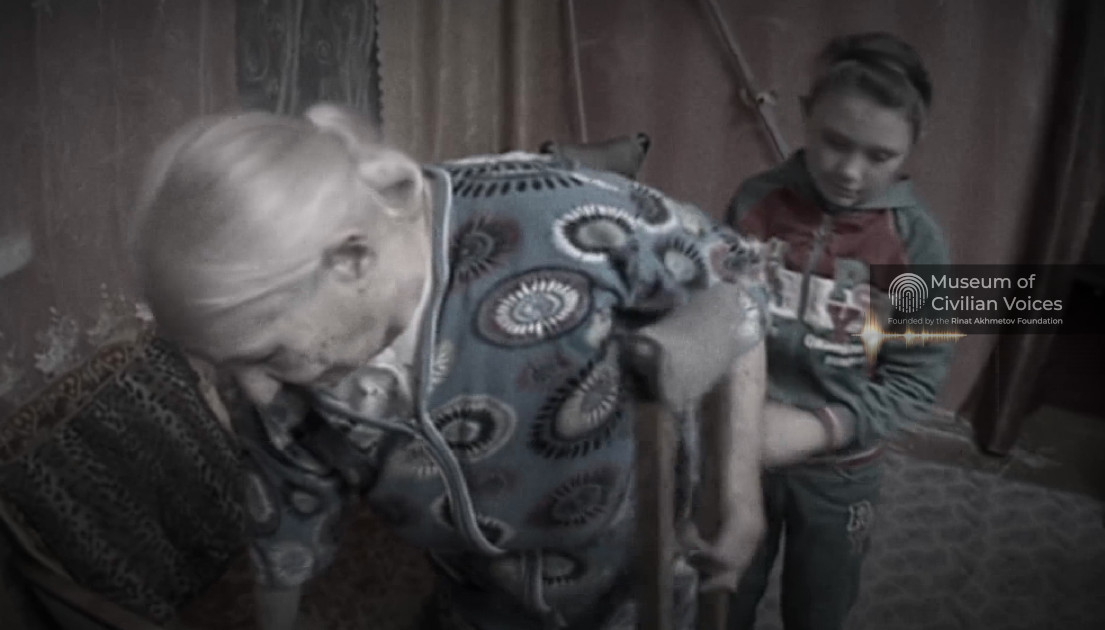