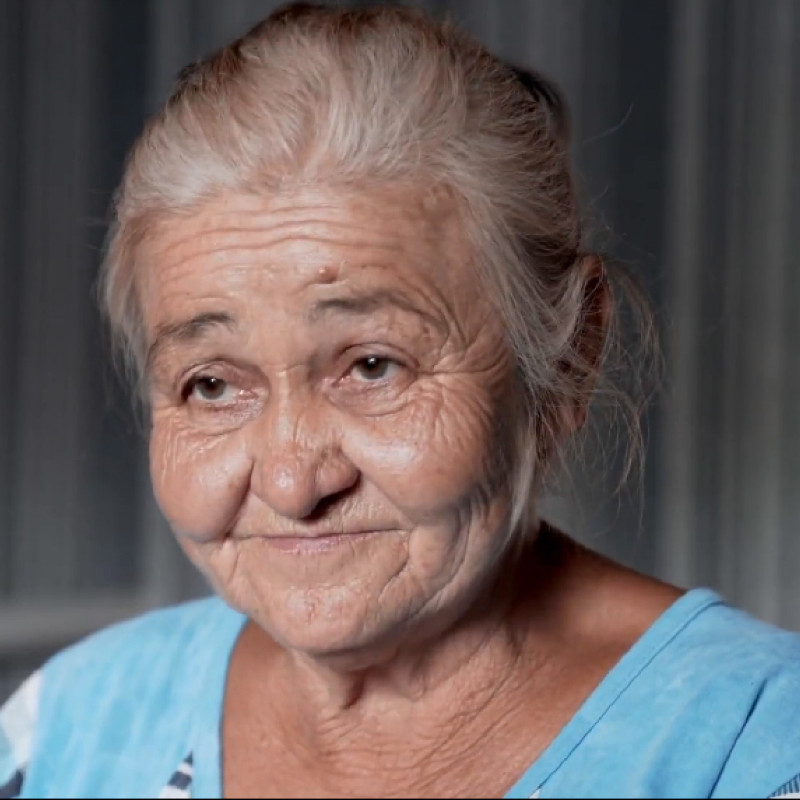 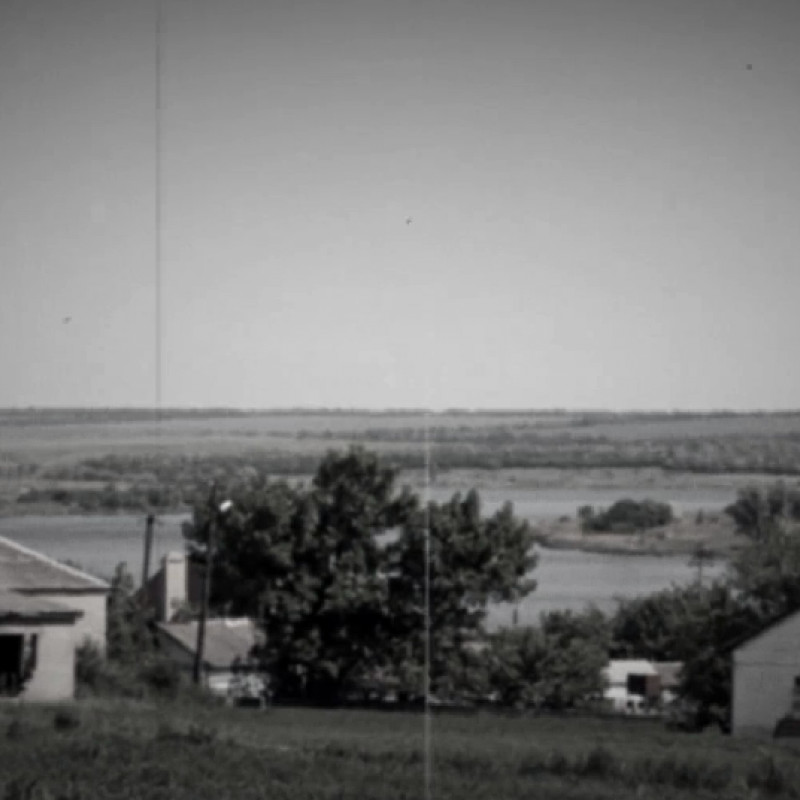 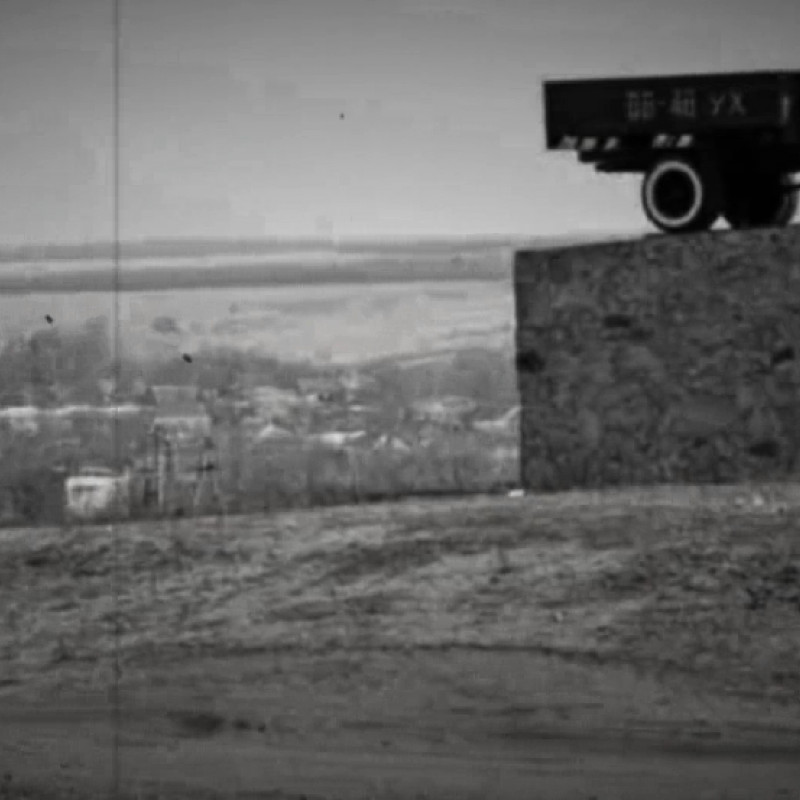 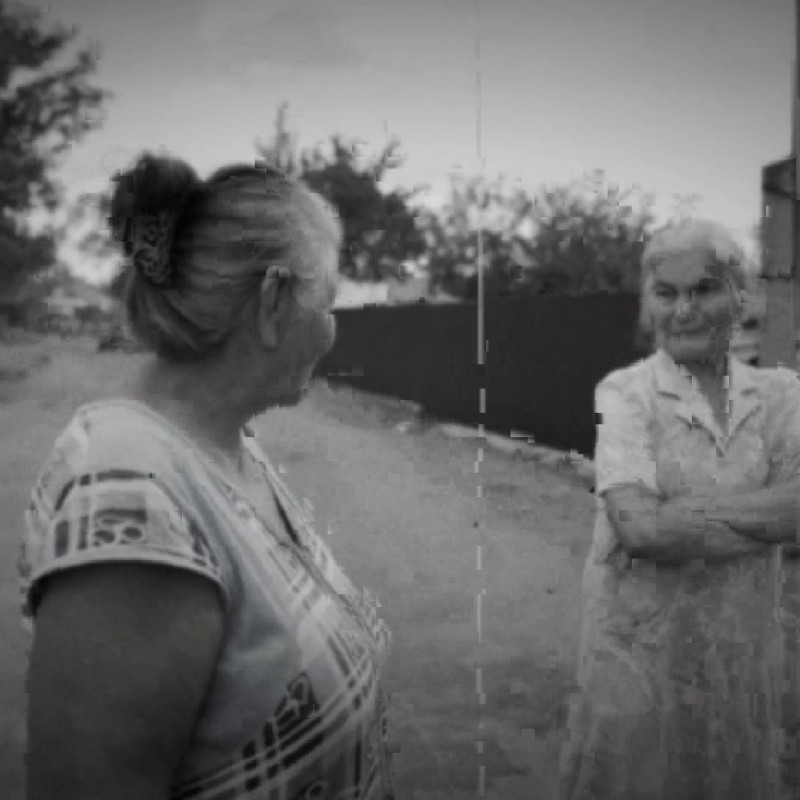 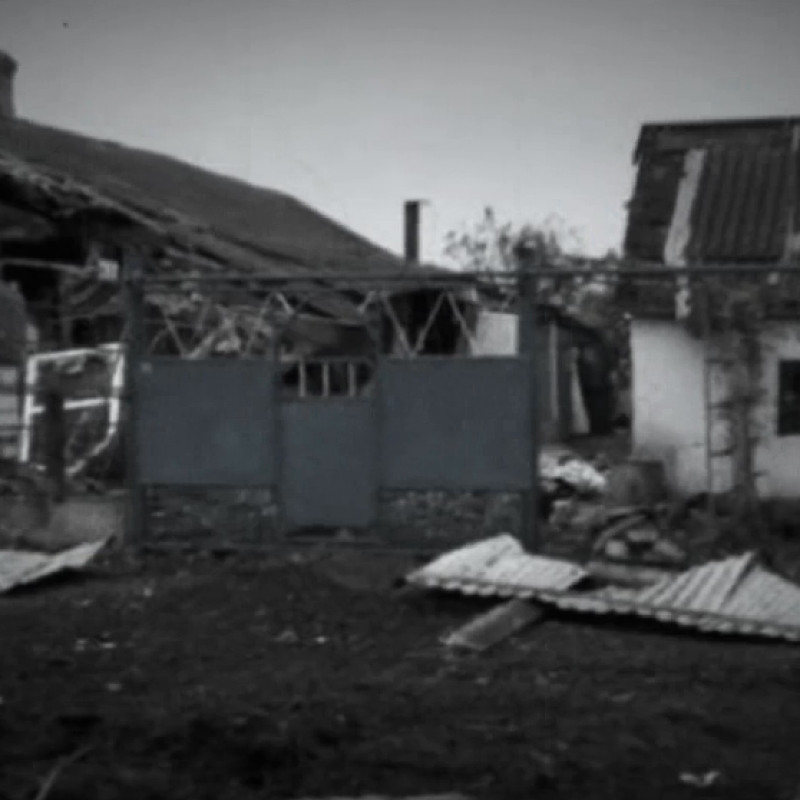 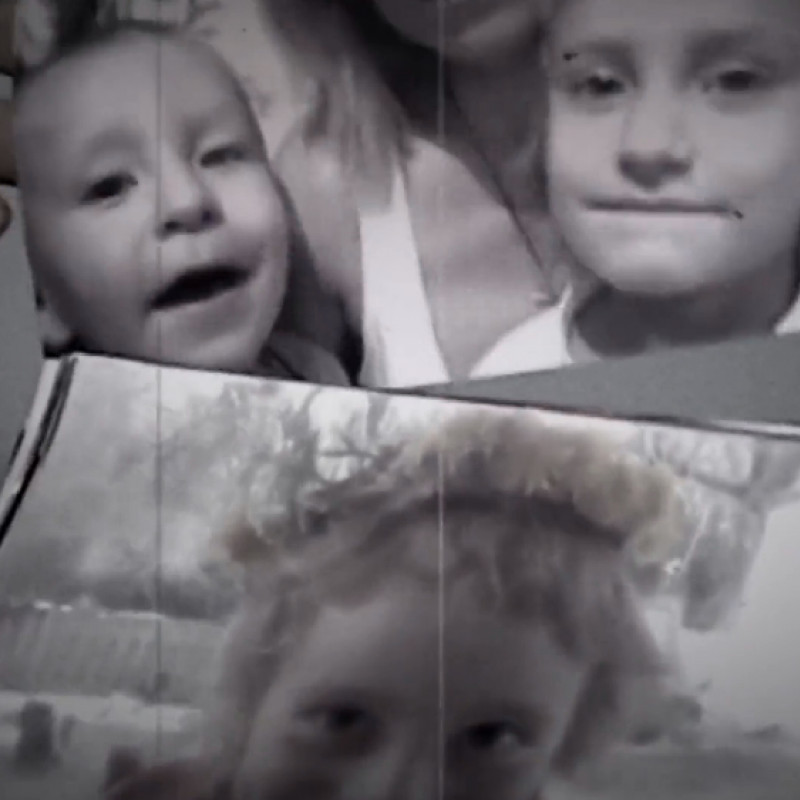 "My grandson couldn't sleep and counted the shots"

She lives in the village of Hranitne. In 2015, I found myself in the thick of the shelling attack.
I rescued myself the first time. The next time I even saved my neighbour.

Everyone would call me and say, "Asya, do you remember how you said there would be no war?" I said, " Well, I was wrong."

I come from Uzbekistan. I got married here 38 years ago, and I still live in this house.

Our village was exceptional and magnificent. People are good. However, war brought devastation, people all went away, and we are still here. I am not certain, but I think that half of the residents have left.

We often took the train. It was 2014. The beginning. We were on our way to Donetsk, and everyone was scared. I said, " What are you afraid of? It is 21st century, we are in the center of Europe. What kind of war are we even talking about?"

Everyone would call me and say, "Asya, do you remember how you said there would be no war?" I said, " Well, I was wrong."

The first thing I felt: I was asleep, 4 o'clock in the morning, the windows were open – that was the beginning... the buzzing sound was heard so distinctly… So they started shooting in our village. I don't know what it was. Whether it was Grads or what… The first thing was this. Then they went both from us and to us – everything was terrible.

I went outside and immediately called the girls in a neighboring village. They said, "Asya, it is here, we can't even talk yet. Some people had their pigs wounded, others had their cars damaged, or a stack on fire." It was the end of August, and we already had hayricks. They were the first to get damaged.

They fired in Hranitne sometime in late August. Once, the attack lasted the whole day… This happened  probably on 5 September. Minsk was just holding a session. They were shooting all day long, all day. When we heard a shot, we knew where it knew where it would  hit. My friend called me one evening and said, "Asya, calm down, Minsk has negotiated and agreed on a truce." Then the light went out immediately, we had no electricity for months…

I sent my children to Crimea. Well, you know the situation there… Who needs us? Then they came and saw it, too...

It was 2015. I felt very scared twice. They fired from here, right outside our house. And I had to get out, go to the basement. It was 01:30 a.m. at night. I grabbed my clothes and thought that I had better get dressed in the basement. It was a snowy winter. I just went out into the corridor when  it fell right here. I thought that I could make it. I went out and got confused. I did not know whether to sit down, go out, or go in. So I stood there. Luckily, I was spared, but as it exploded, its hot pieces flew everywhere and then lodged on. Some got on the roof, others somewhere else.

The second time was similar. We have a shop. At around 09:30 a.m. I went to buy some bread. I managed to get there and get bread. On the way back, I decided to visit a friend of mine, Halyna Andriivna. I didn't see her yesterday. Here is her house by the road.

Once I came up, the shelling started, things were flying right over my head.

I managed to push it and go in myself. That is it. Things escalated, everything was collapsing.   I went out and saw a huge hole — right here, I might have been "captured". So I have survived dangerous situations twice already. iI was scary all the time, but these two times were drastically scary.

I can't think about anything any more. We will see what is meant to happen as long as it does not hurt. It had better be quick and painless. Just imagine being wounded very badly — a leg or an arm torn off. Our aunt died on 24 November. I got a call and I couldn't go. We were under fire. So I couldn't go sit and visit her. It turned out in the morning that we had to go to the funeral.

Here is the place where the Alimovs live. I went out and saw grandfather crying. I asked, " What happened?" "Our granddaughter was shot..." A shot came through the window. Who was that? Who knows? So they aimed at the window. The girl stood in the corner… Grandmother walked and cried, "She was just here. And now she is in the cemetery." Then she started crying. So the funeral was on the same day: the aunt, girl and granddaughter.

I feel sorry for the children. What do they see? We have recently had another attack. My grandson was with me. He asked, "What should I do?" I said, " Nothing. Just sleep." "How can I sleep if I can't do it?" He said that he was counting the shots. He counted for a very long time until the firing stopped, and he fell asleep. It happened not so long ago, ten days ago, maybe less.

One can get used to everything, And adapt somehow. We have to heat water if we want to wash.

Worst of all is that there is no coal. I don't know what we'll use for heating. The very first priority  question we have is coal. Electricity is expensive, and we don't have mush around here. As well as no coal. I get 1600 — 1624 UAH of pension payments. Coal costs 8000 UAH per ton. I need at least two tons. Where can I get them?

I wish the war would end soon, and our children would live normally, work, go to school without fear, and sleep peacefully at night.

People who did not experience this will not understand. You begin to understand the meaning of these words more. They surprised me when I was a child. The slogan "Peace to the world!" What kind of slogan is this? Now it is really essential. Peace to the world!

You begin to value peace, you begin to value silence. I have a grandson. When he was in the first grade, they were videoed at school. And they asked him, "What is the most important to you?" He answered, "Peace." This child knows at this young age that peace is crucial. 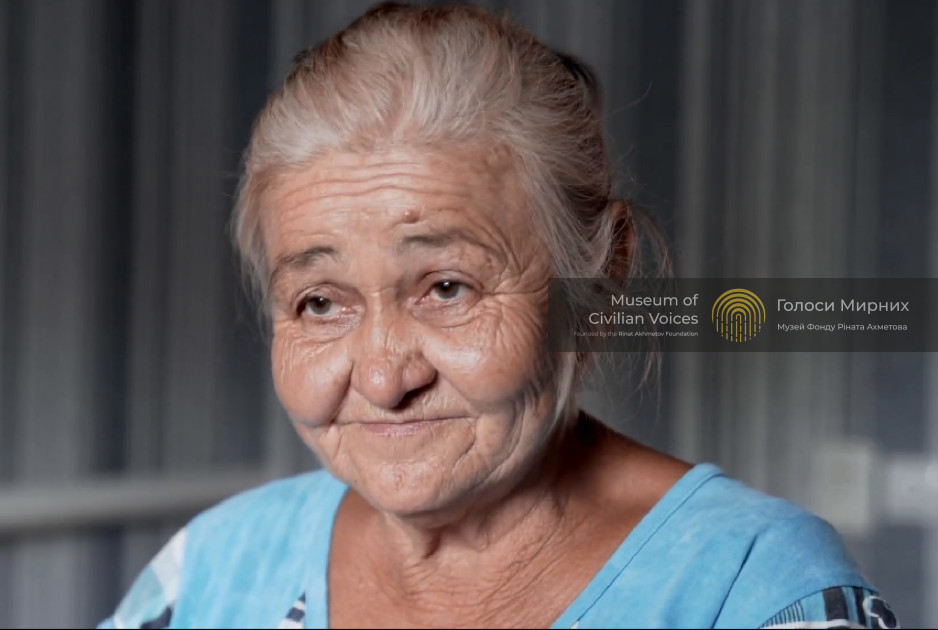 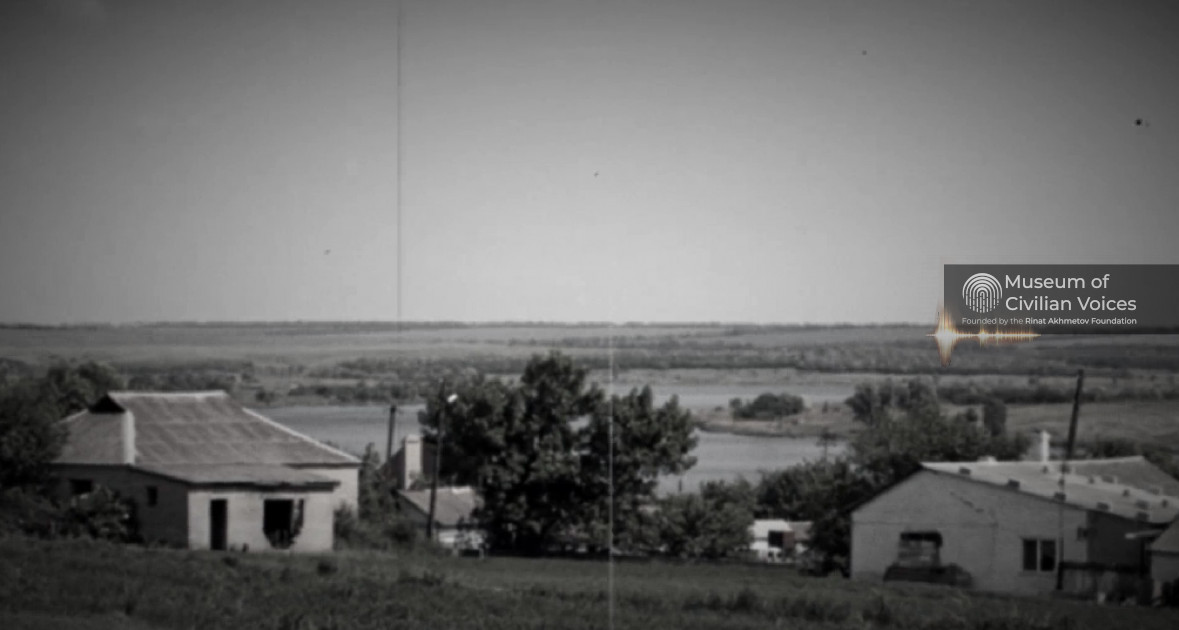 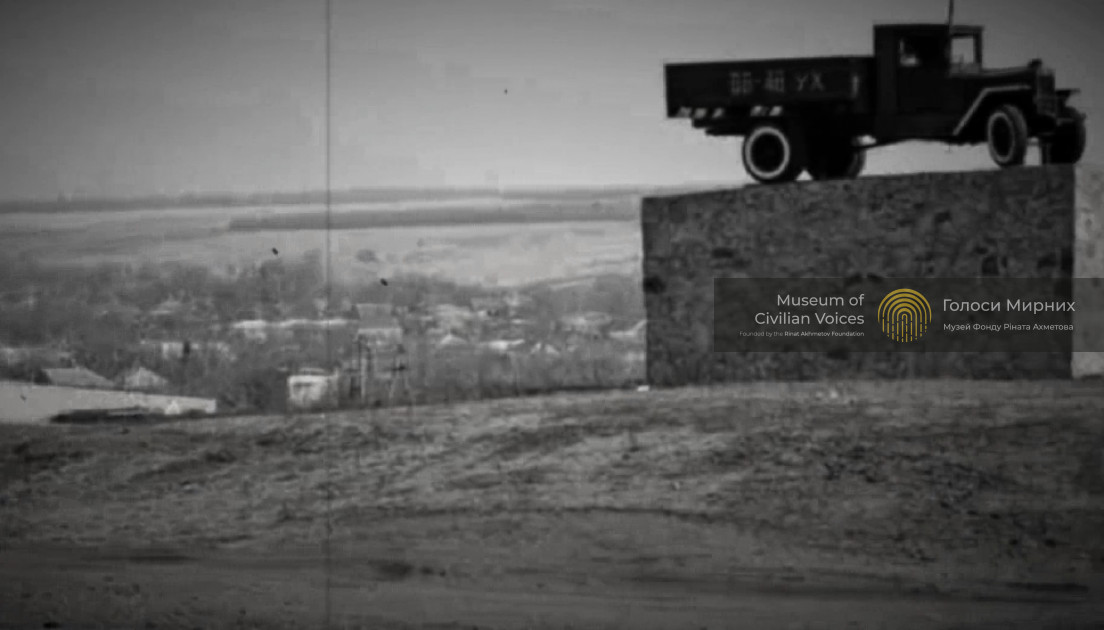 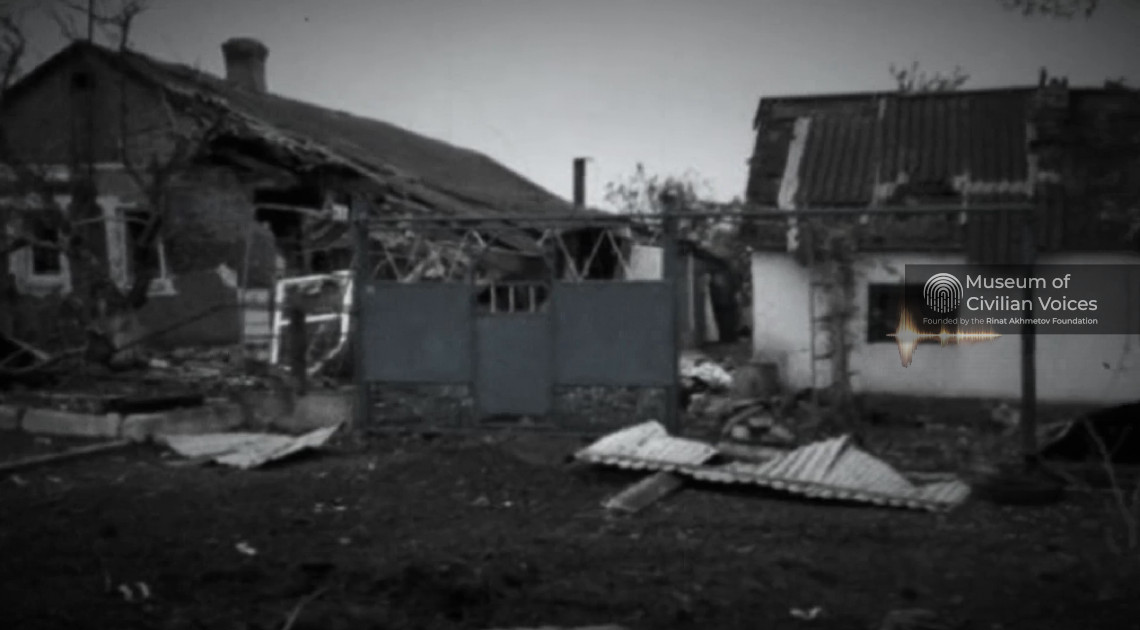 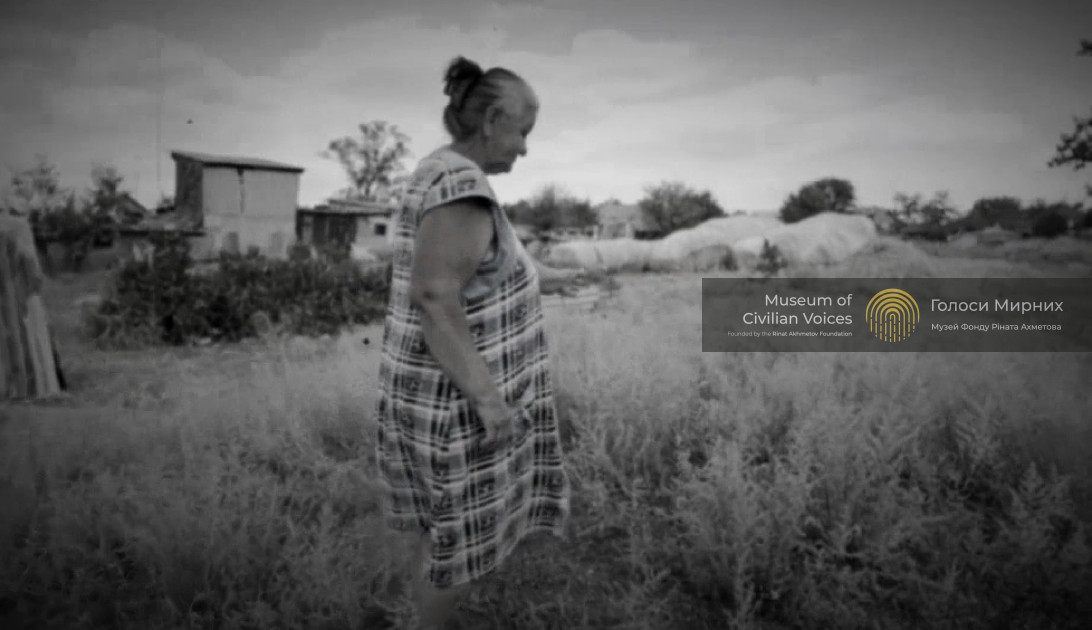 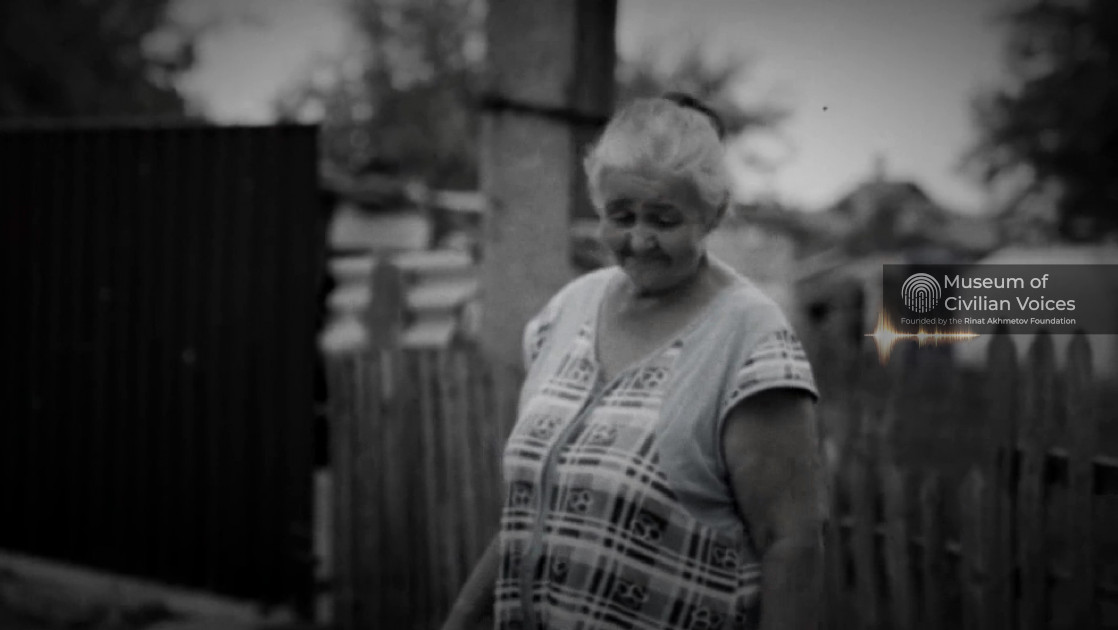 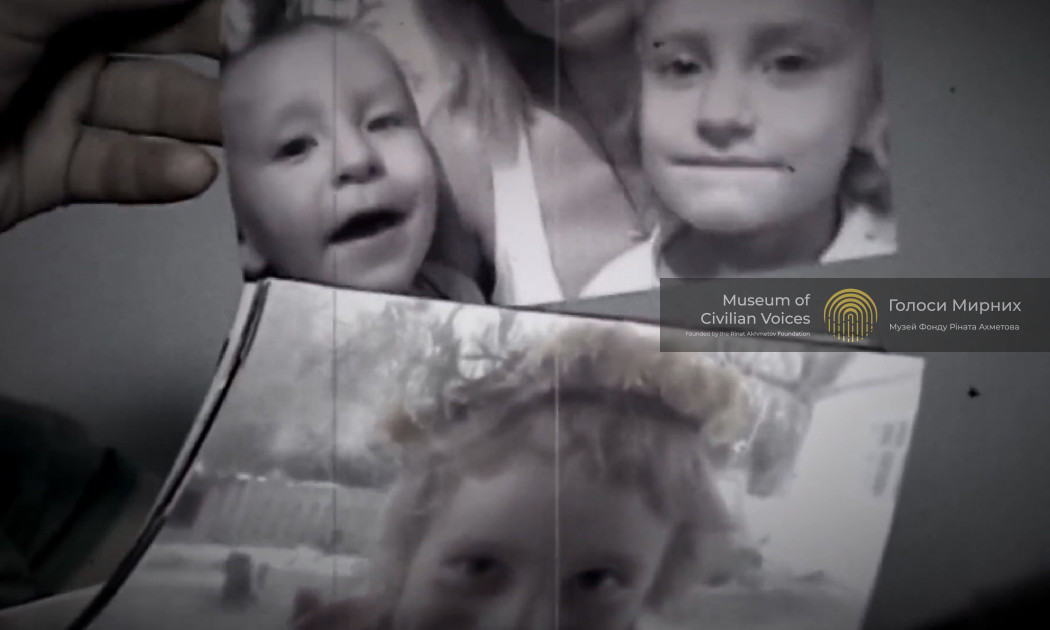