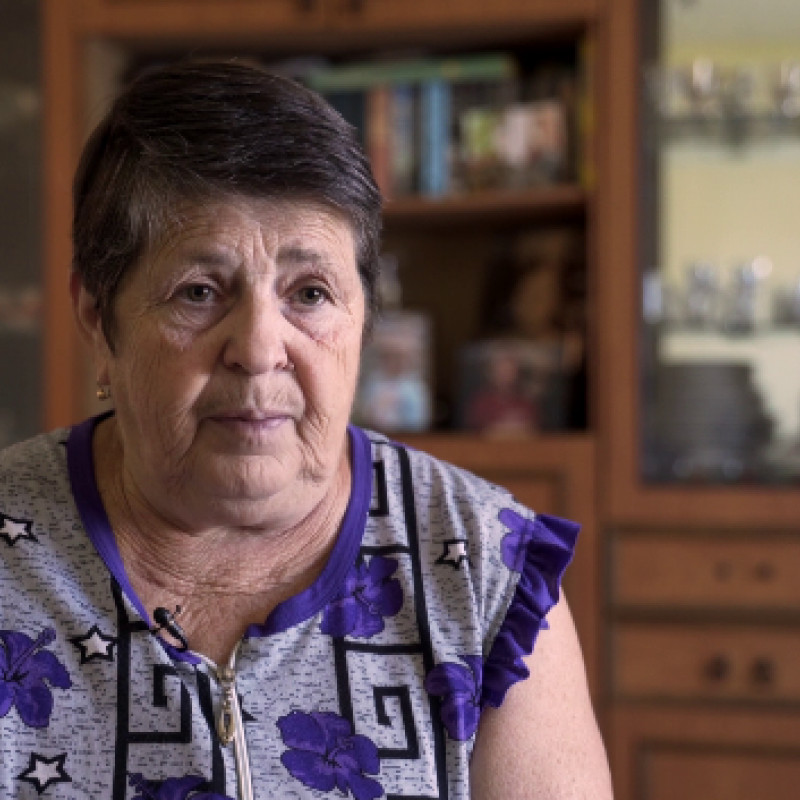 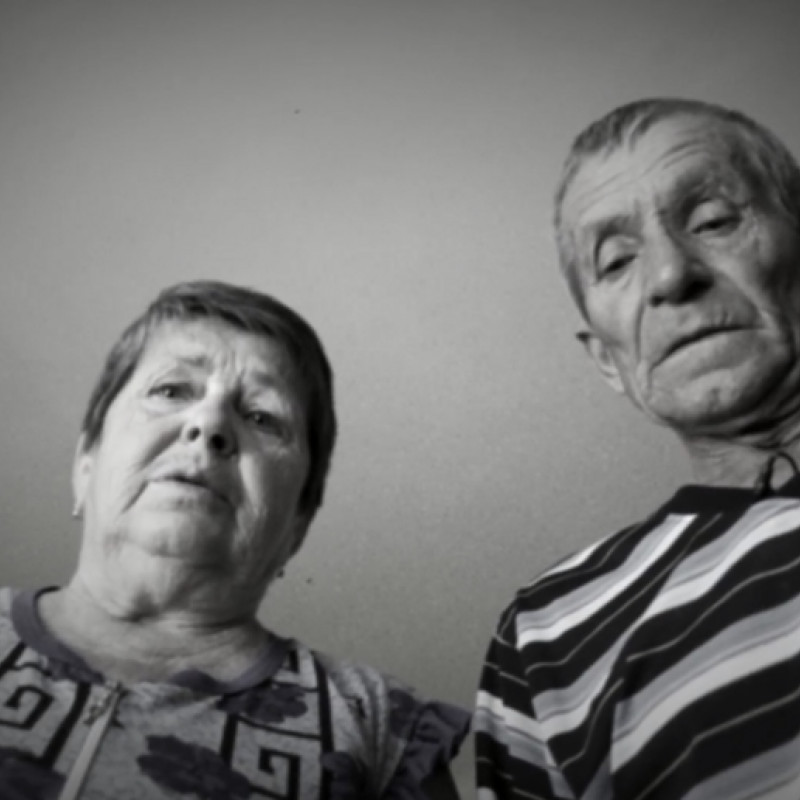 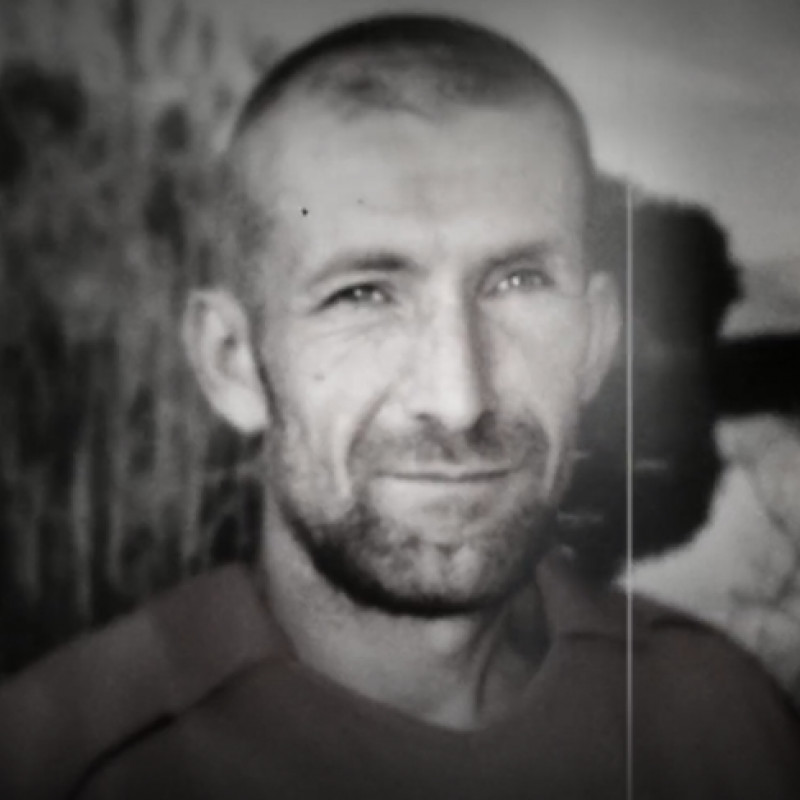 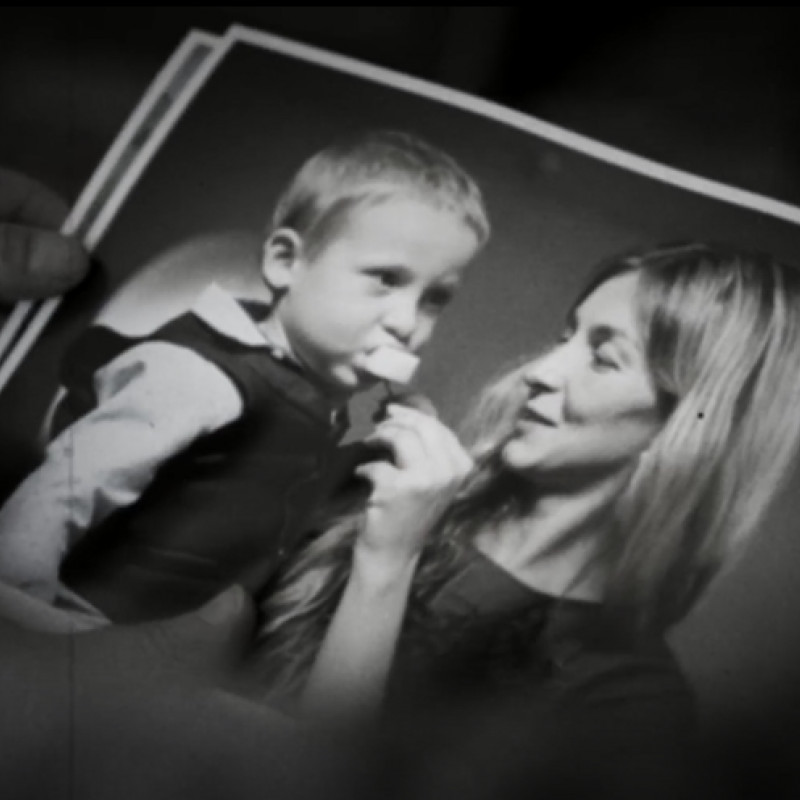 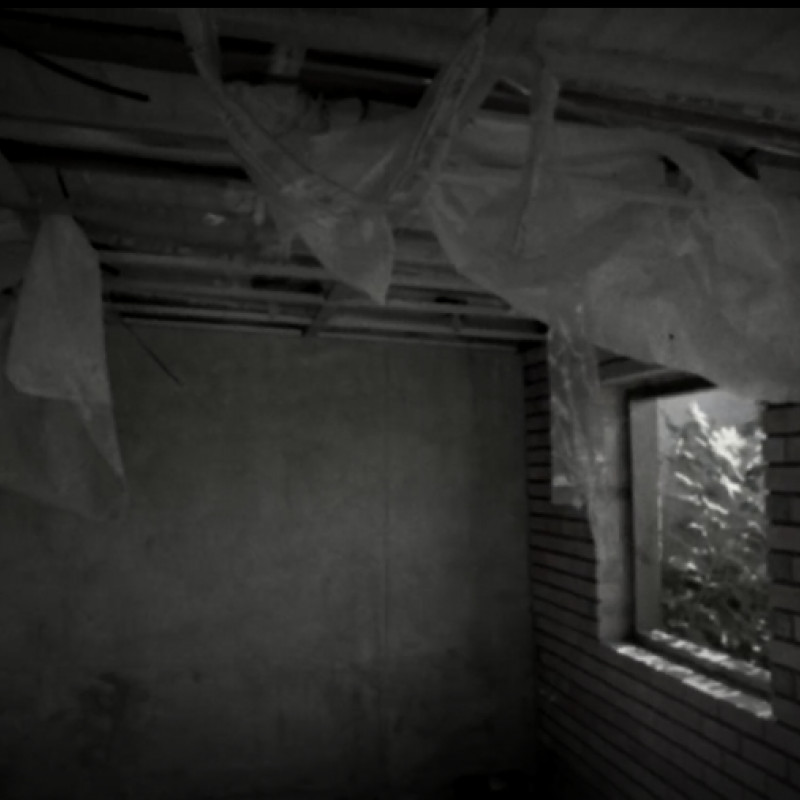 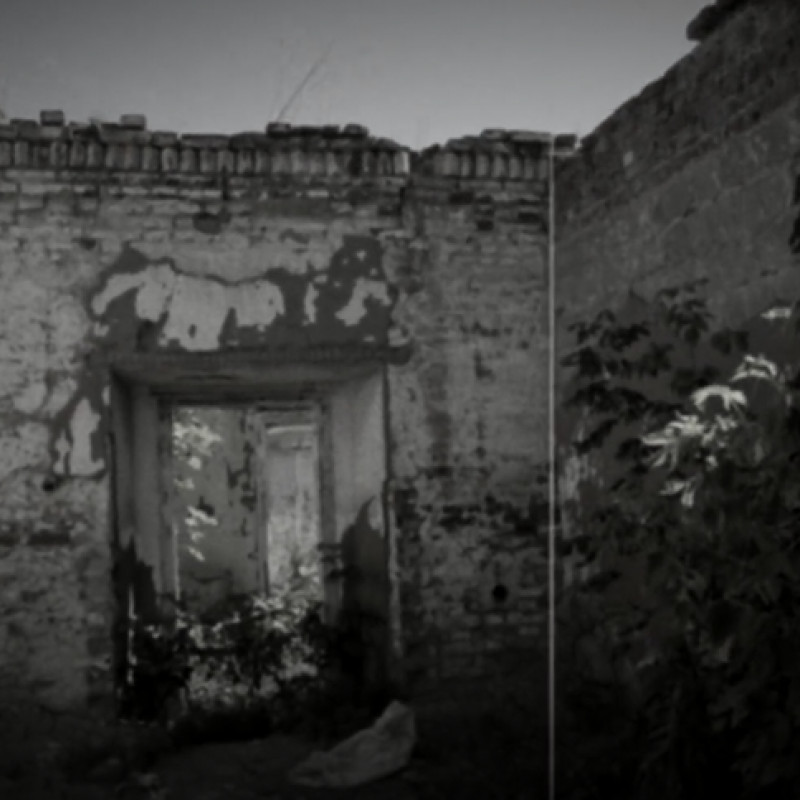 "Granddaughter died in my arms, and my son went missing"

She lives in the village of Hranitne. She lived in the basement almost the whole year of 2015 due to the shelling. She lost her missing son: some gunmen took him straight from work in 2014. In 2015, after a direct hit in the house, she lost her granddaughter, who died in her arms.

I wish war would end soon. I wish I could go wherever I wanted. That there were no posts. I dream of peace.

I had two children. A daughter and a son. My daughter is married. She lives in Volnovakha. She has two daughters. My son had a wife and children. His wife had a child from a previous marriage. Then a girl and a boy were born. When war started, everything collapsed. Granddaughter died in my arms, and my son went missing.

Son was taken away on 23 October 2014, and we have known nothing about him ever since... And granddaughter died in 2015. A shell got into the house and injured her. She died on the way to hospital.

"I couldn't sleep, I could hear myself screaming all the time"

We cannot mourn our son, because we do not know whether he is alive or dead. I would just like to find his remains to bury. He was at work grazing sheep. Some men came, bound him and  took him away. That was it. We all rushed to look for him and found only the flock. We were told that some people saw him being taken away. But we did not find any clues.

We didn't think it would turn so much until the shelling started. In 2015, we lived in basements. We slept and ate there... There was no electricity. Every day shells flew over the roof, and we wondered whether they would hit us. We were very terrified.

One day I went to the coal pit, got some coal, and went into the house. I was thrown away by the blast wave from the pit to the very door of the house (just as the shelling was taking place). It's a good thing the doors broke, and they just opened.

My husband jumped out, saying, "What? What?" And I could not hear anyone because I was screaming so loud. They took me to the basement quickly.

I guess I was lucky to carry buckets with me. It gave me more weight. I couldn't sleep or do anything. I just heard myself scream. When I close my eyes, I can hear my own scream. It was so terrifying.

"We buried our granddaughter, and three days later a shell hit her grave"

The granddaughter died on 13 January 2015. She died in my arms when I was taking her in the hospital... We were on our way to Volnovakha to register our grandson, he was about three months old. So we left granddaughter with a neighbor so as not to take two children with us.

A neighbor called us and said, "Drive carefully there, they shoot hard in there." They did, indeed. I prayed to God that we would get through.  When we drove to our street, we heard a loud shot. We reached the middle of the street and then looked. A child was carried from our neighbour's house. I said, "Dasha.

We stopped the car and started running towards her. Our houses are all destroyed: doors were open, windows were broken. There were dust and smoke everywhere..  The neighbors called an ambulance. It arrived immediately. My daughter-in-law left with a baby, and I went with her.

The neighbor herself was wounded in the shoulder and head. We were in the same ambulance, and she was sitting there like a zombie, not thinking straight. She was thrown to one side and granddaughter to the other…  The girl died on the way. I screamed and cried. I could barely get through,  that is it... Dasha is no longer alive.

When we buried the poor girl, a shell hit her grave on the third day. Everything was torn to bits. No cross, no ground...

"We are not going anywhere. Whatever happens, will happen"

There were shootings after that. Something hit right in the window in the middle of the night, at 12:00 a.m. I told my husband, "Can you hear the shooting?" He responded, "Yes, I can." We could not sleep any more. We wondered whether we should run or stay? Then we heard a crashing noise. I said, " Petya, your tractor must have been hit,. That is what that noise came from." And he said, "No, it's not in the tractor. It is our window." We jumped out, went to another room – indeed, the window was broken. I was hysterical. There was a window next to it, too. If it had been hit, it would have got into my head.

We were told, "Close the house and move out. A bullet hit today, and a shell will hit tomorrow."  But where would we go? We've been building this house all our lives, stone by stone, you know. And  now what? Should we leave? Or come to these ruins later? Everything will be stolen and looted. So where is there to move to? Well, we might go to visit relatives. A day or two is nice. Then what? The war has been going on for five years. Staying God knows where for five years? We are not going anywhere. Whatever happens, will happen.

Things settled a bit now, but there was good shooting at dawn again the day before yesterday. They don't let us forget.

We lost our son. My husband got sick. He had a surgery, and they told us that stress was the trigger.

I had hope was for my son We repaired the house before the war, hoping for a fine old age life. And  now what? We are left alone in our old age. Daughter helps as much as she can, but she rents an apartment and has to take care for her daughter. Daughter-in-law took her son and went to Zaporizhzhia Oblast.

I wish war would end soon. I wish I could go wherever I wanted. That there were no posts. I dream of peace. 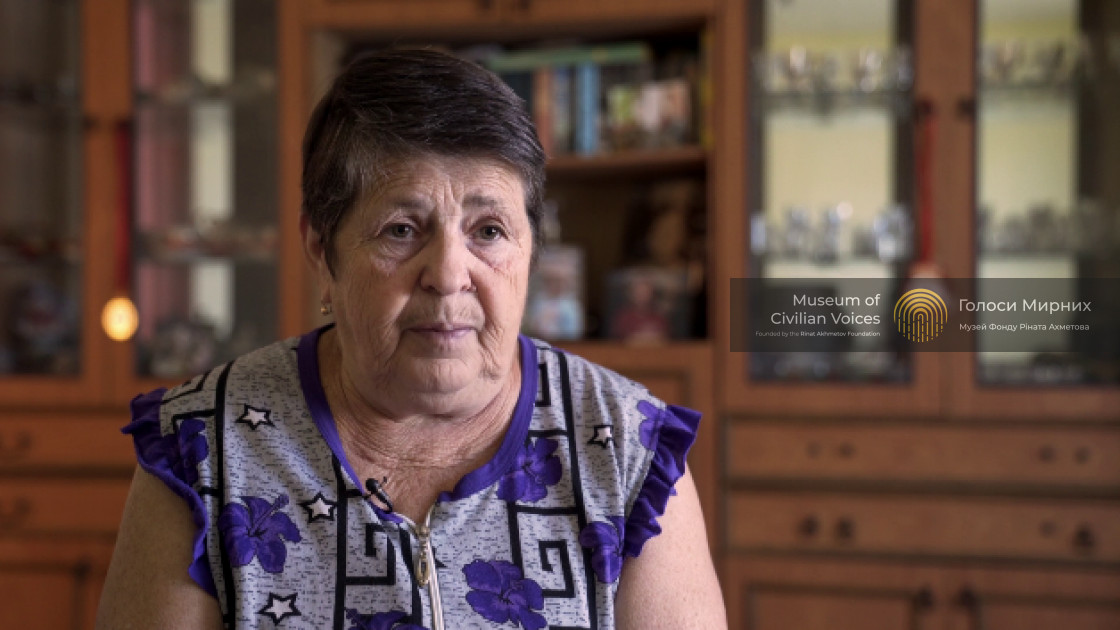 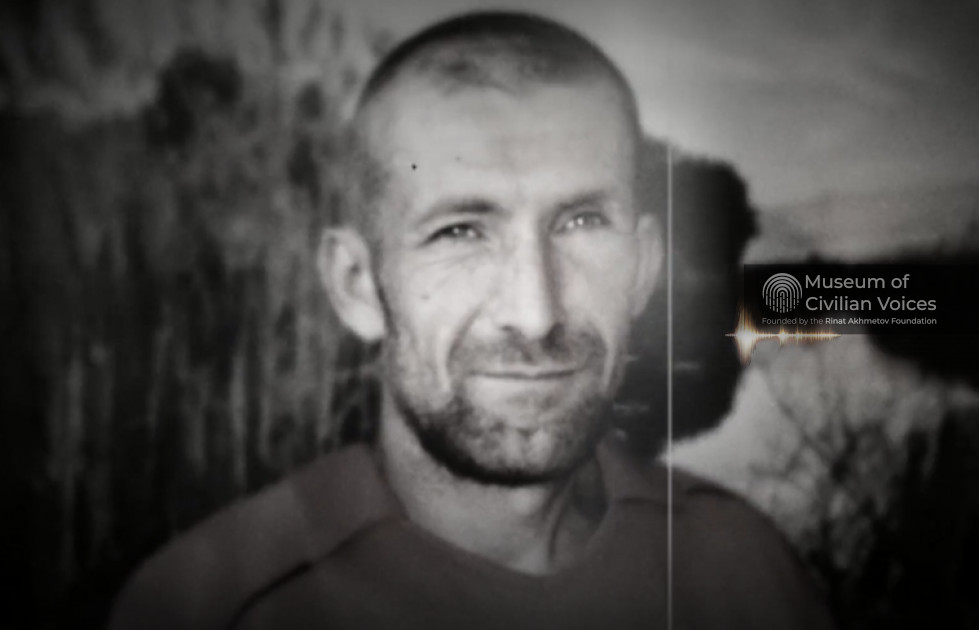 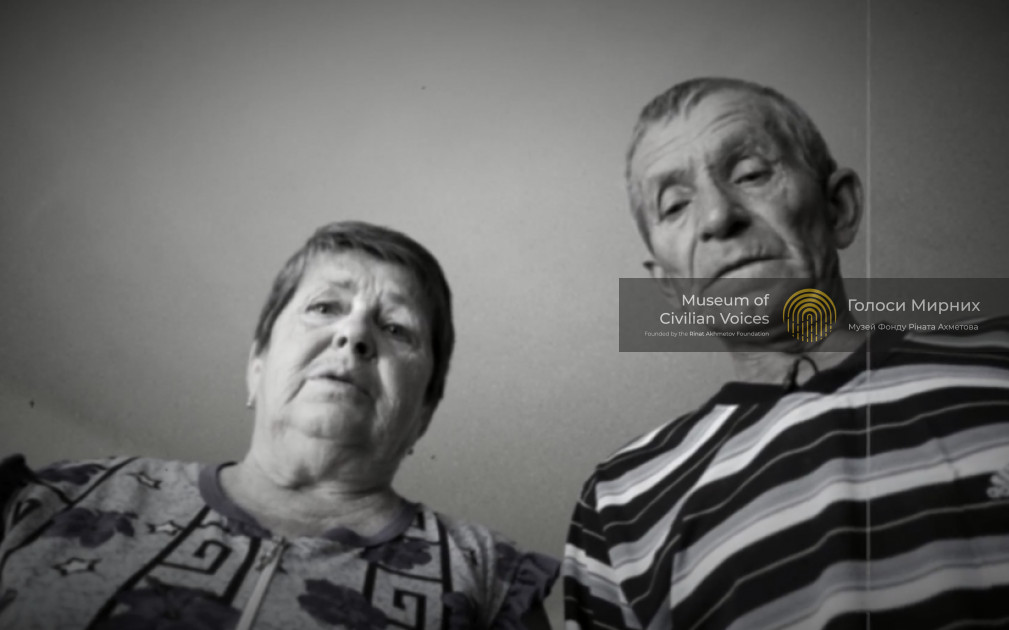 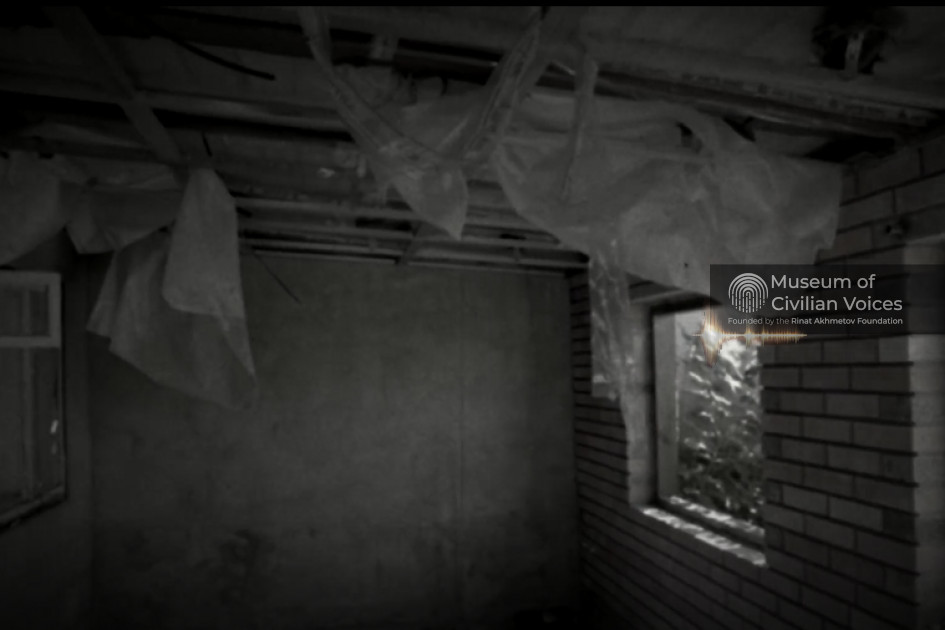 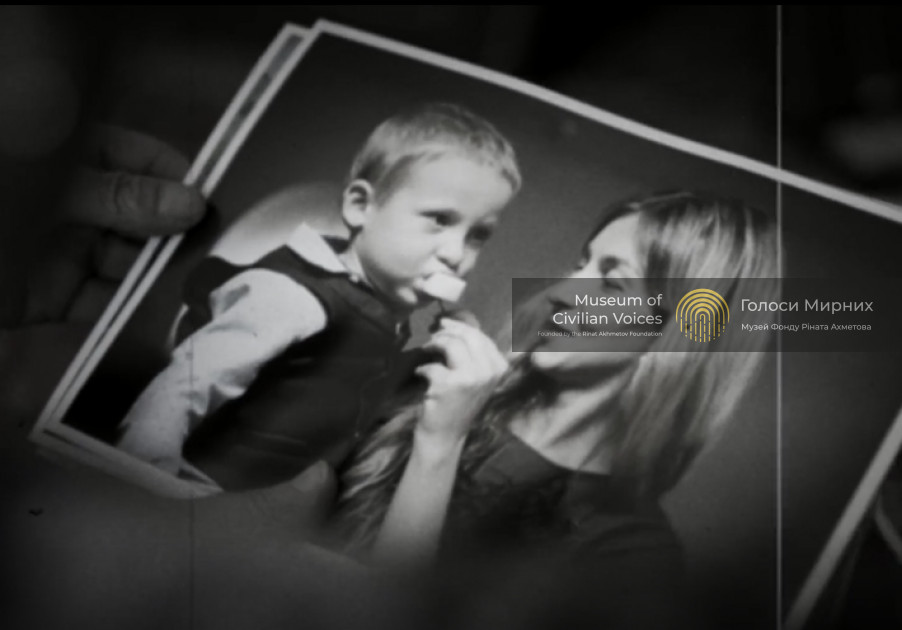 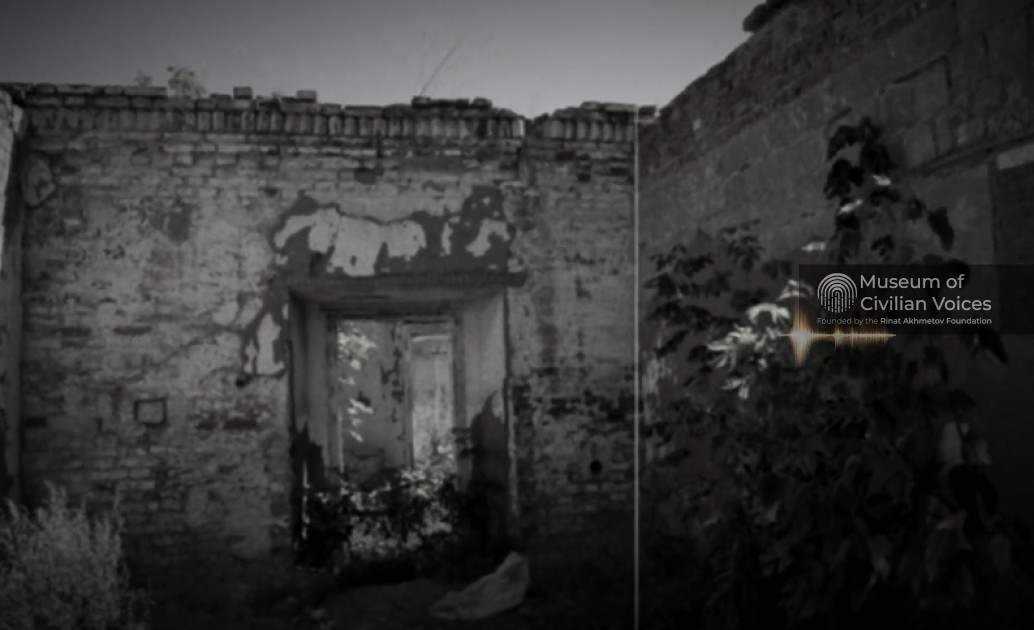 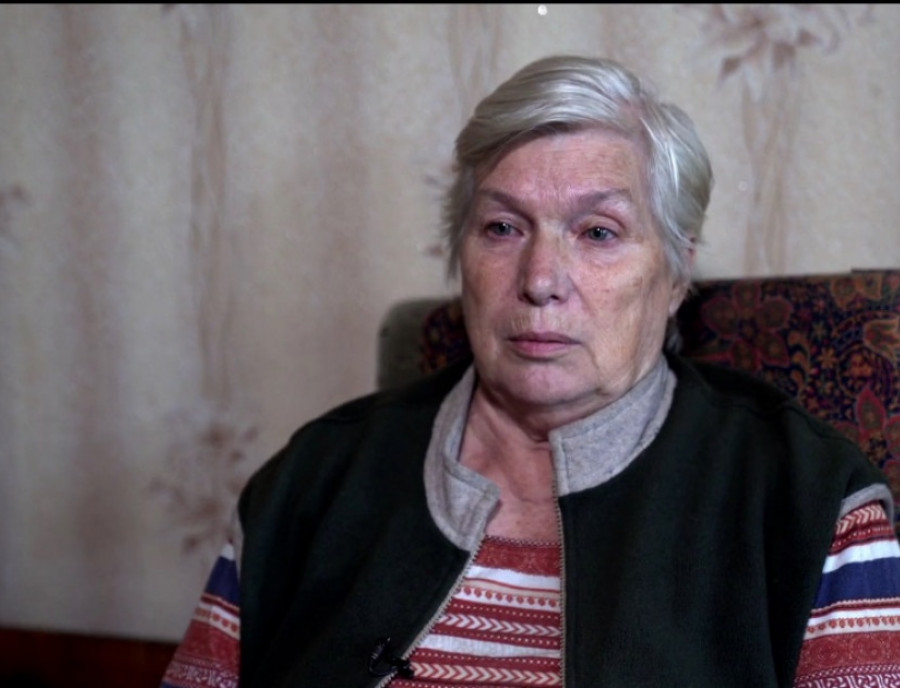 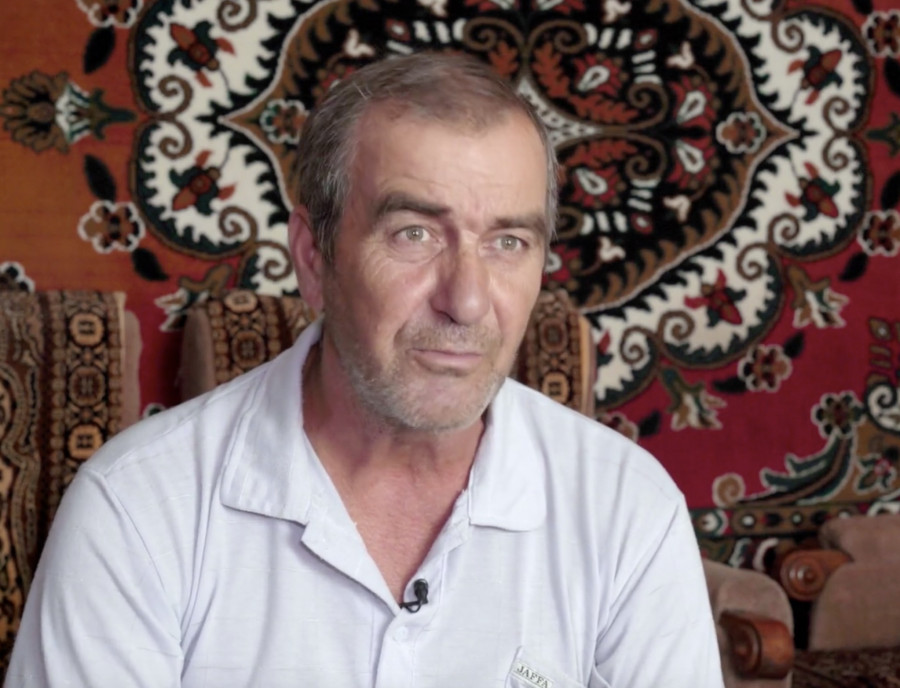 Material added to your library
"I said in the morning, "I am the most beautiful, the healthiest, the luckiest person"
Fedir Marynovych Pambuk
Hranitne 2015, 2017, 2019 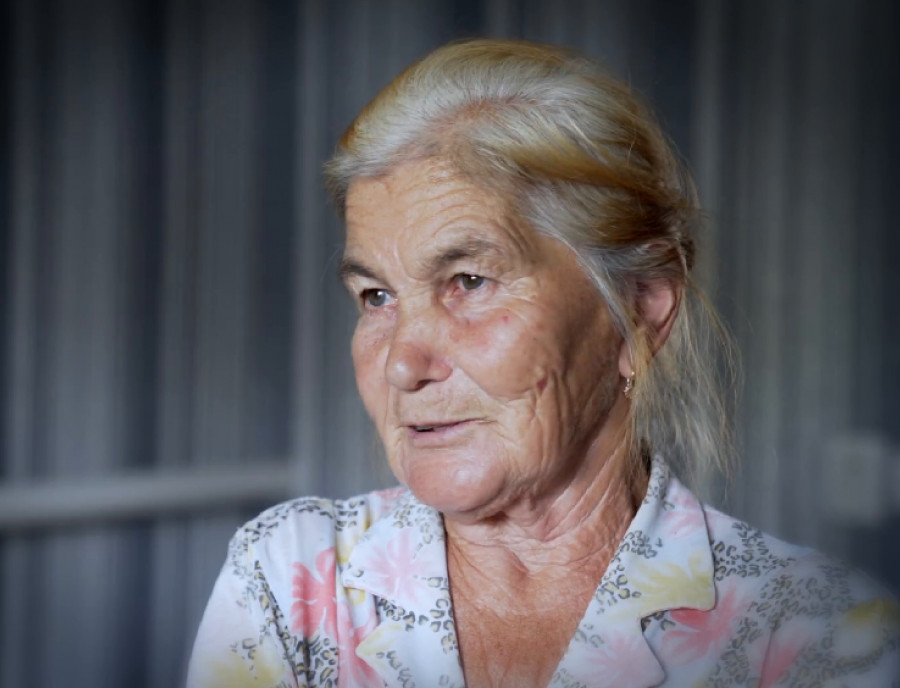 Material added to your library
"I slept wearing my common clothes after that night. Full alert"
Gulsum Ablyakimova
Hranitne 2014, 2019