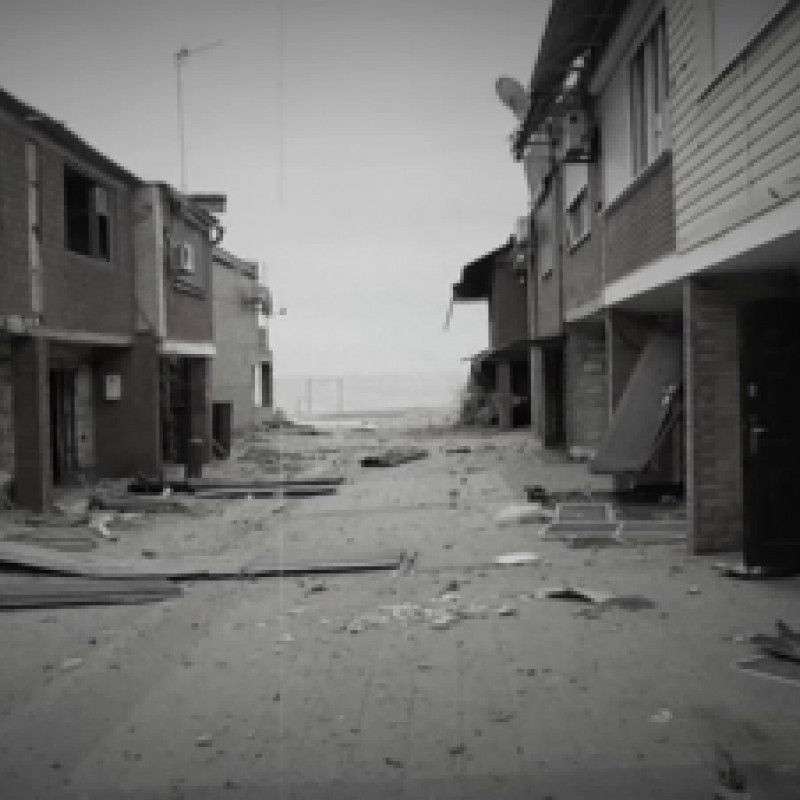 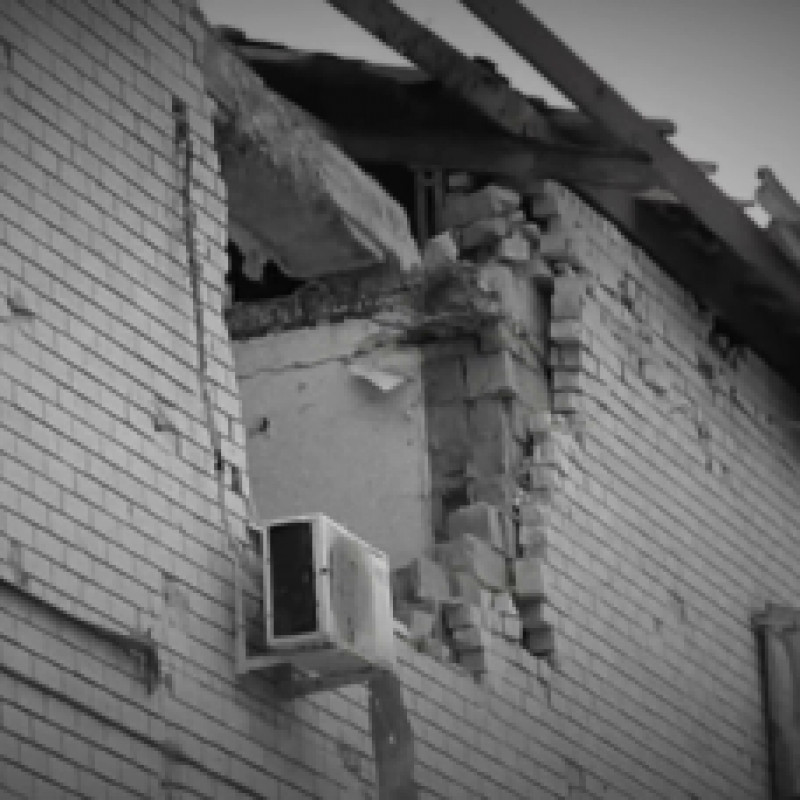 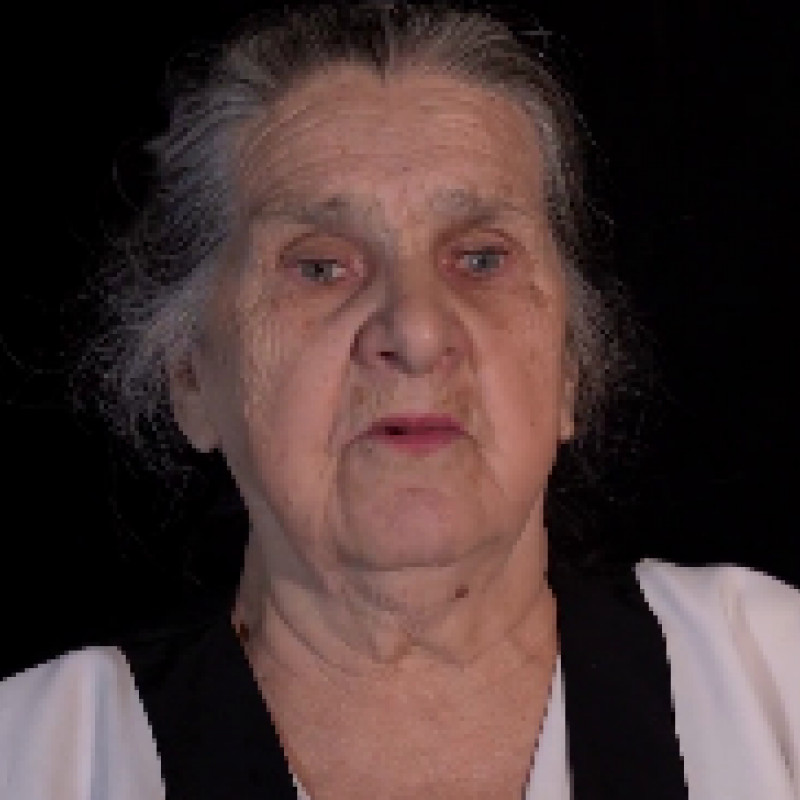 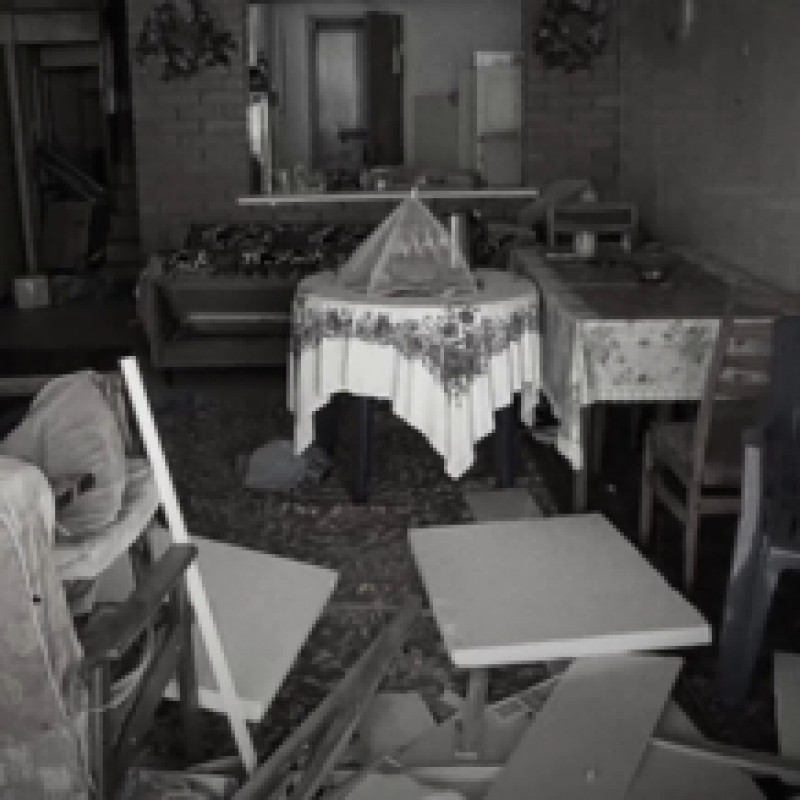 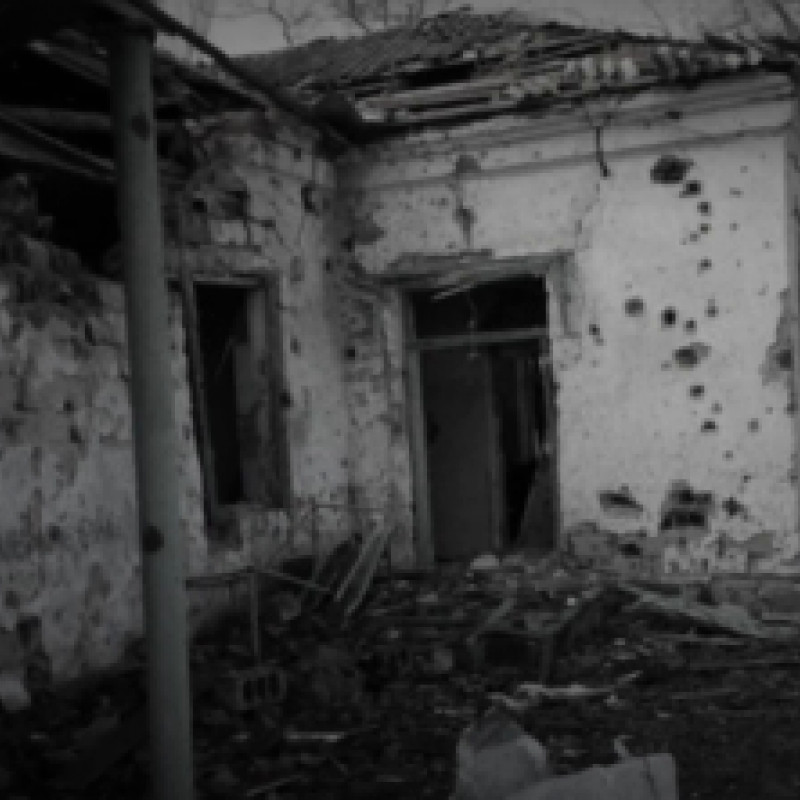 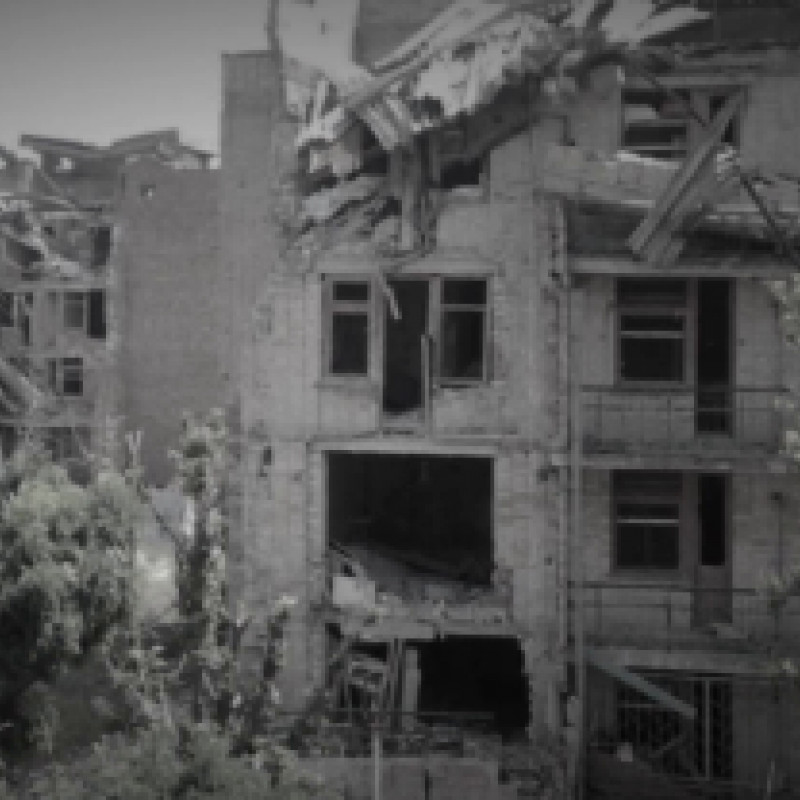 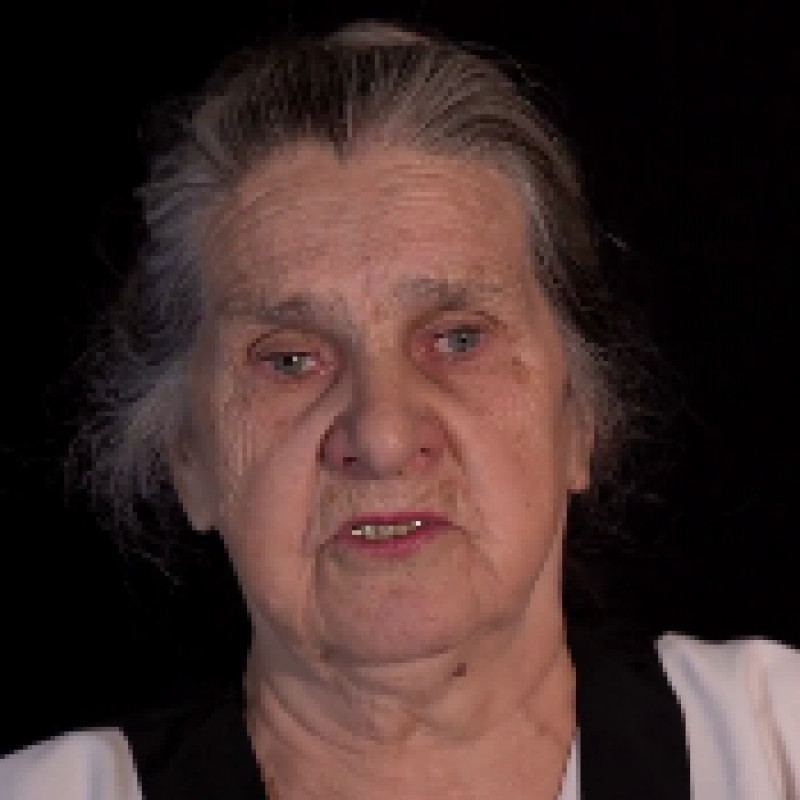 In 2014, the family lived under fire, but her only dream now is to return to Shyrokyne, which she left for three days ... But she hasn't been home for many years.

Then the situation escalated. It was unbearable. We could no longer take it. This shooting range! We could not stay in Shyrokyne any more. Thus, solders helped us to leave the place. We did not do it willingly, we had to do it.

My parents and great-grandparents are indigenous. We raised three sons. One son lives in Donetsk. The other son has already retired. There is one in Mariupol. He is also an emigrant, who arrived here with his family. His wife, son and granddaughter, 21, lived

in Shyrokyne. They had everything they needed — a household and a great house. It all probably started in 2014. Some houses have already been destroyed. We could not have believed it that there would be a war. We did some repairs. We thought it was not just so serious. And then everything changed.

In 2015, we did not leave our basements. We practically lived there. Once we left, the shooting would start again. We had no electricity. Just some gas supply remained. We just went up cook some food when they started to shoot again. So we had to go down the basement. When we came out, the food had already burned.

Then the situation escalated. It was unbearable.  We could no longer take it. This shooting range! We could not stay in Shyrokyne any more. Thus, solders helped us to leave the place. We did not do it willingly, we had to do it.

On 12 February 2015, we were taken to Mariupol. Soldiers went and said, "Let's go, pack up, you have 10 minutes" We did not even have time to change. "We take you for three days," they said.

There was no opportunity to stay. We got sick, could not sleep at night. Our route was: from a basement to another basement. It was cold....February.

We did have food — basements were stocked. Up to a thousand canned vegetables was in the basement. We had vegetable gardens. Plus, we kept household. Two or three pigs, birds… At this moment, when we were taken out, we had two hundred birds, if not more. We also had a boar.  I do not know where this all is now. Why did someone take that? Or maybe it just died. I do not know.  Perhaps, someone took it.

When we were taken away, husband stayed at home. Someone had to take care of the household. I, my daughter-in-law and granddaughter left. So what? We were taken out on 12 February. On 17 February, he received aid. They brought some packaged to the village. Lots of people stayed. Then, on 21 February, someone came. Though I do not know who it was. He did not let them in. So they beat him and threw him into the basement. They took everything. The house has no sofa, no bed, no dishes. no nothing. Everything is empty. The chandelier remained, but has been cut down. The boiler was dismounted, and the refrigerator was taken. Everything was taken…

On 24 February, husband was found in the basement. He was taken to Novoazovsk hospital. He told the doctors that he had been beaten up. They started dripping on him, but he died.

And we did not know what had happened. My godmother's sister worked in the hospital. So she said, "There is another patient from Shyrokyne. They do not know his surname." Then, in the morning the daughter-in-law ran to us, crying, "Father is dead".

We buried him in Shyrokyne. The ceremony was awful. The boys who stayed to dig a hole did it under the shell sounds… They fired, and the boys kept on digging. Then projectile attack was heard. When we stayed to pay our respects, the attack was still on. We hurried. Then son took us home by car. We haven't been here for five years. Our foot hasn't set foot in Shyrokyne for five years.

There is nothing for us here any more. The owner of the house, my husband, is gone. Everyone will remember what a great person he was. We raised three sons. Everyone had a fine life. Now we have nothing.

We saw photographs of that place. At first, houses were intact. Then in 2017 -2018, they were emptied, robbed. Ground is covered with weed. Where is there to go back to? We rent apartments. The rice is constantly raised. We receive 1000 UAH of benefits, plus a pension of 2000 UAH. It is hard.

What concerns the old age? I will be 88 years old on 14 September. What is there left for me? We applied for an apartment, but it seems that we have been forgotten. A one-room apartment would still be good. It is better than living in someone else's. What if the owner comes back from prison? Then what? Where should we go then?

What would leave for our children, grandchildren? No album, no photo, no documents— we left everything there. And they told us that it was temporary (three days)... I need to make a will, but I cannot do it. I have been pursuing legal actions for two years already, but without any luck. So, now what? You do not know what to do in the morning, where to go. I can't see my grandchildren, great-grandchildren.

Akhmetov is the only person who cares. No one else is worried about people like us.  We really appreciate this. We also had free medical treatment. Doctors were were nice and respectful. They came every month and brought us medication.

I just wish to come home. To come home to Shyrokyne. Maybe it can be restored. Maybe, peace will came ,after all. We are waiting for that. We haven't been to Shyrokyne for five years. Not even once. I would like to go to the cemetery, to see my family. Everyone is there, our fathers, mothers, everyone. We are left alone.

We are Shyrokyne citizens: hard-working and friendly. We used to gather up every holiday. And now when we see our people, we hug and cry. We are glad to see someone here. We would even return and live in a basement if it still stands. We believe that God will help us. Children will help use rebuild.

What is there for us in Mariupol? We can't get an apartment, but we don't know how to live further. I can't find a job. I would. I have been working my whole life. I love it.  However, I am too old now. I just want to return to Shyrokyne. 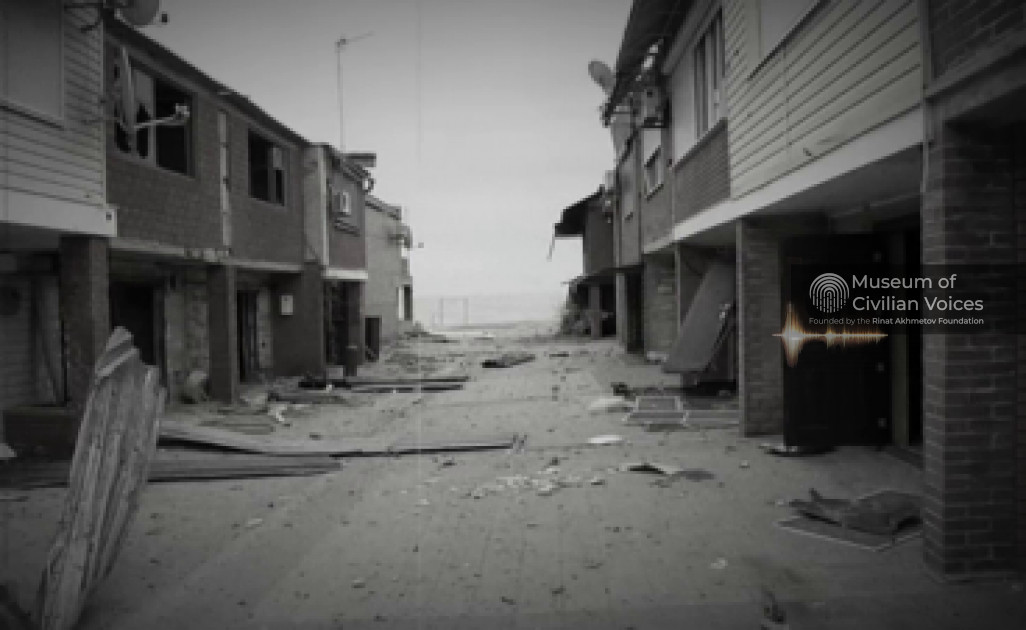 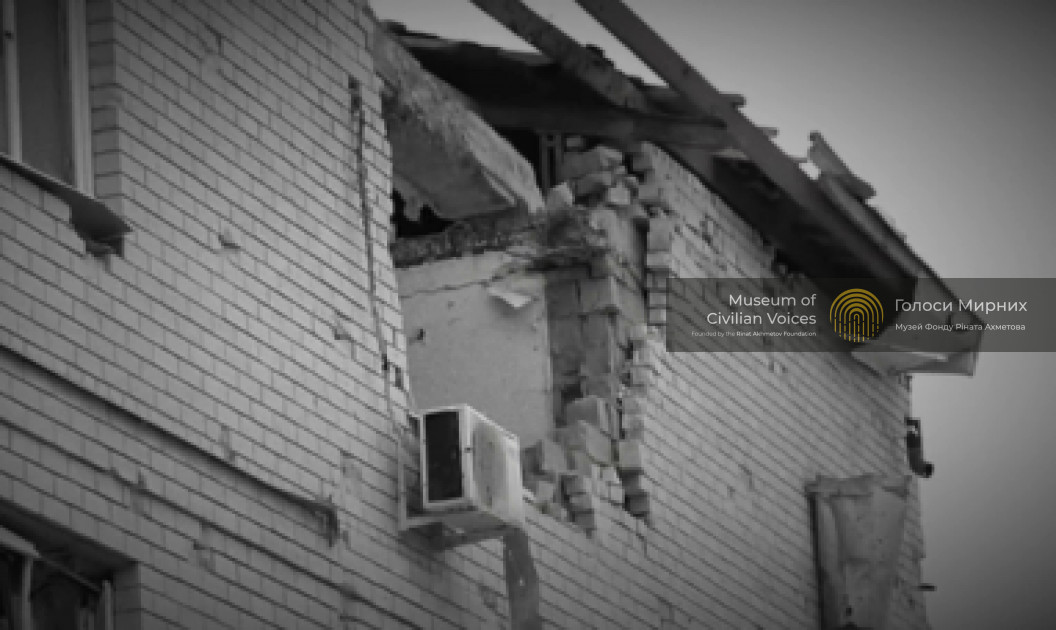 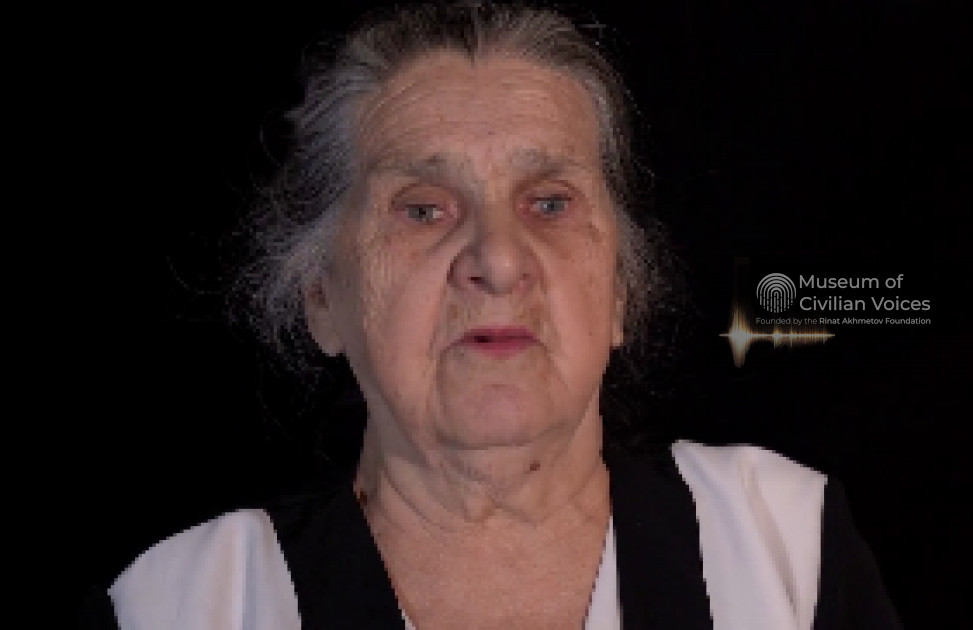 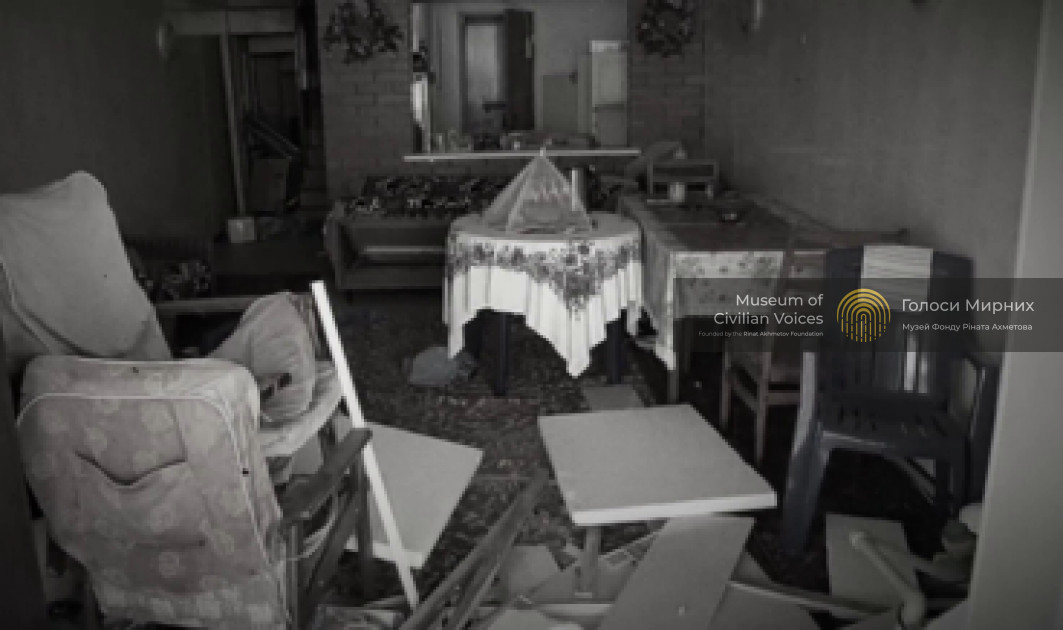 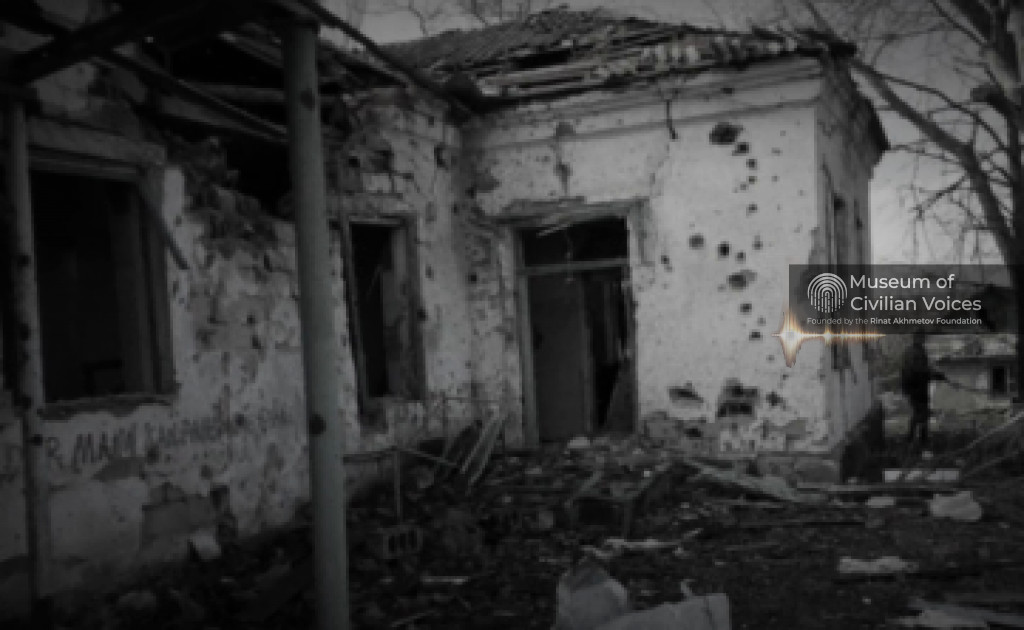 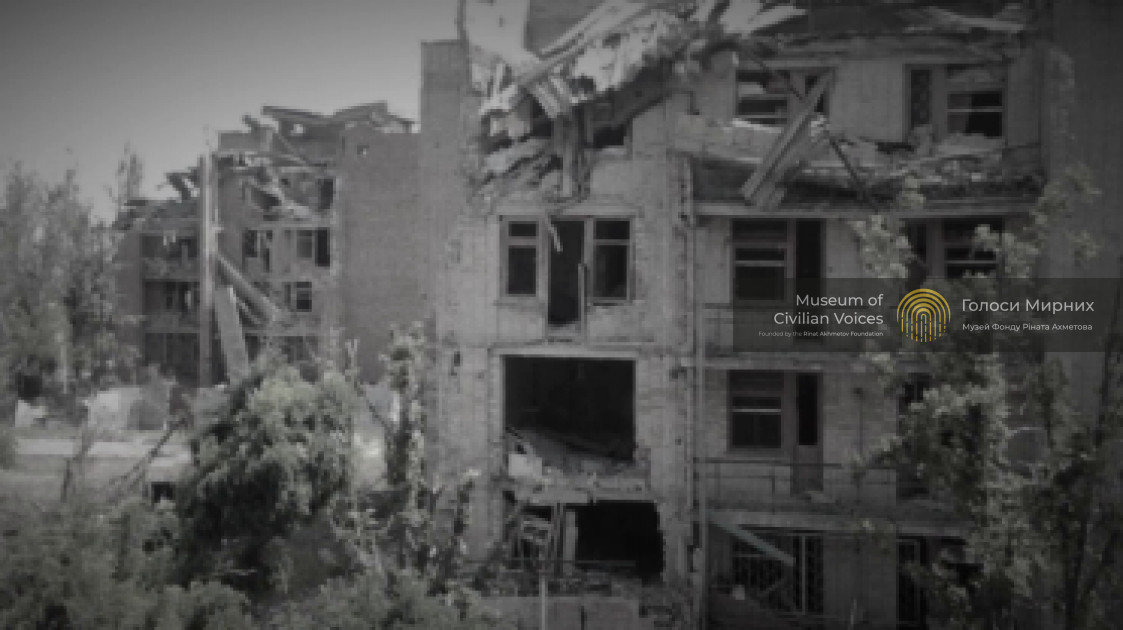 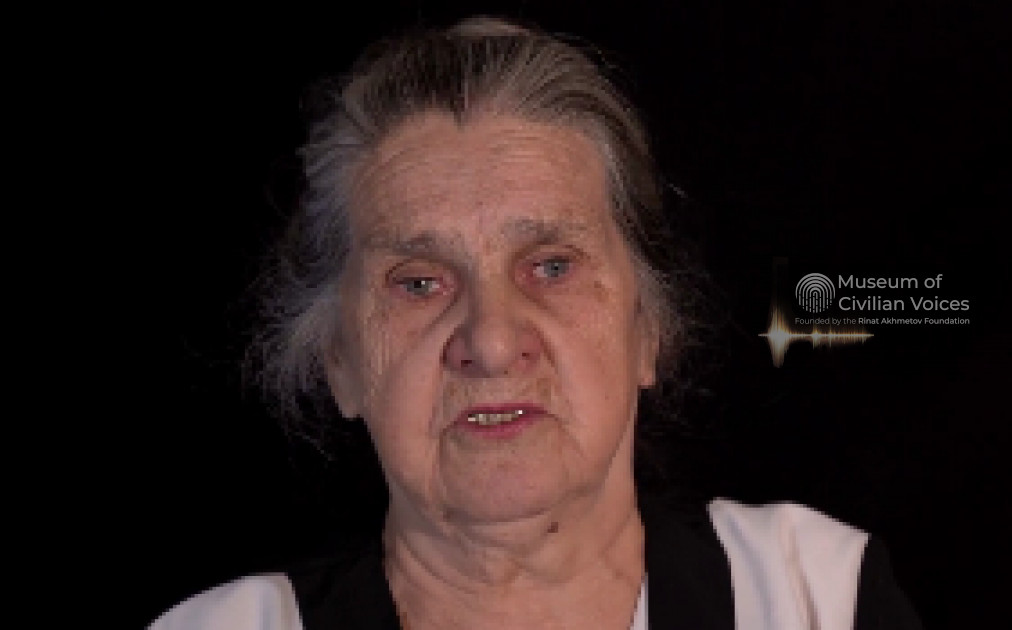 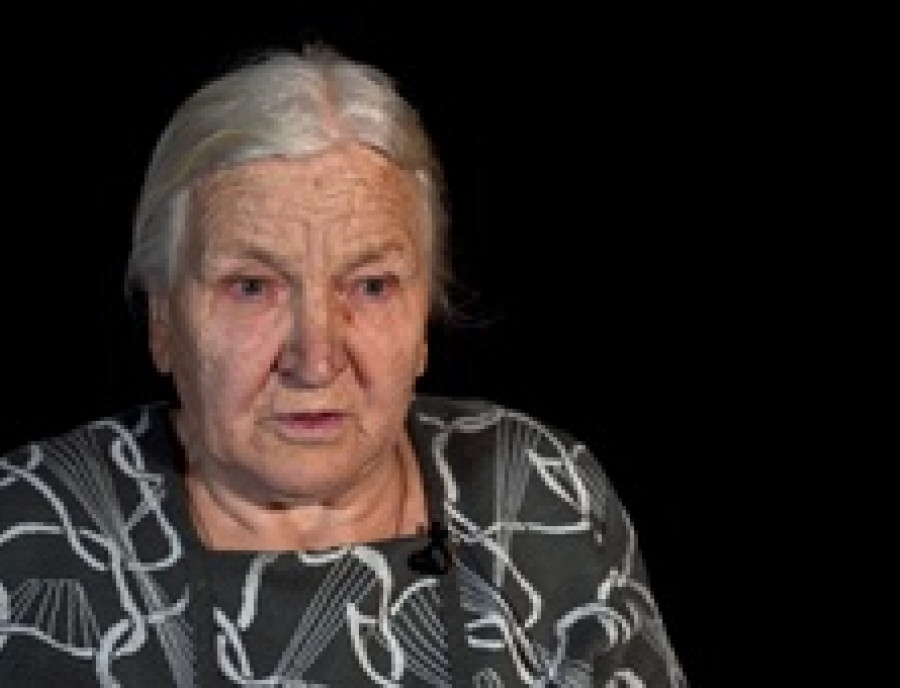 Material added to your library
"My only dream is to be buried at home"
Valentyna Yasynetska
Shirokino 2014, 2019 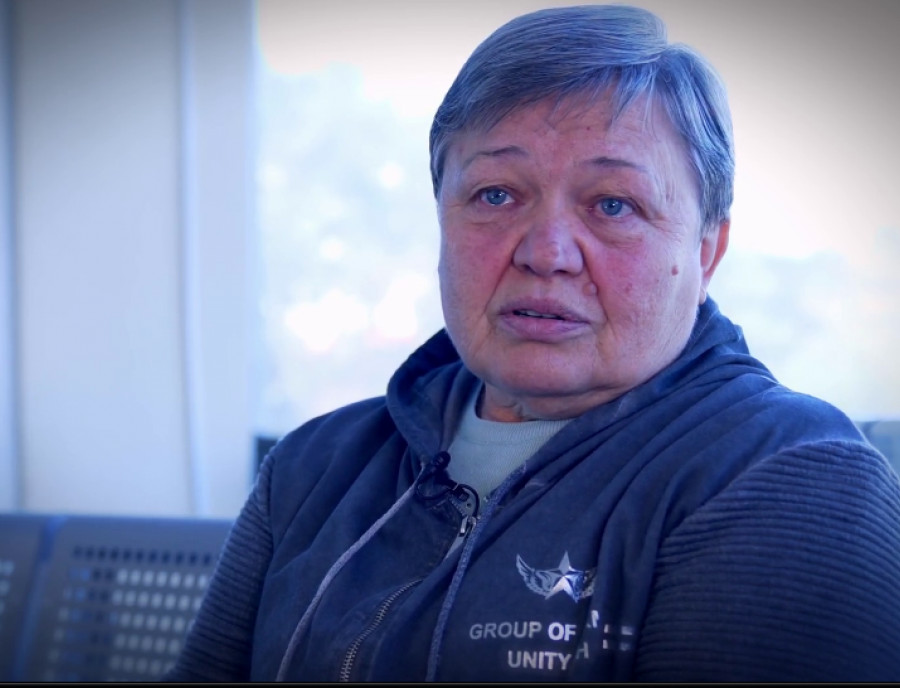 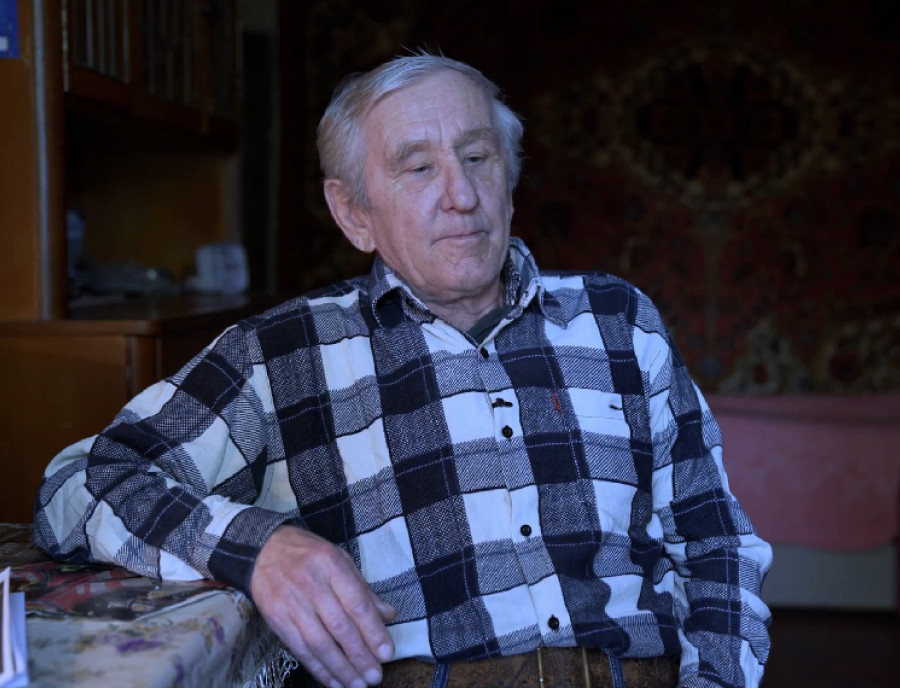