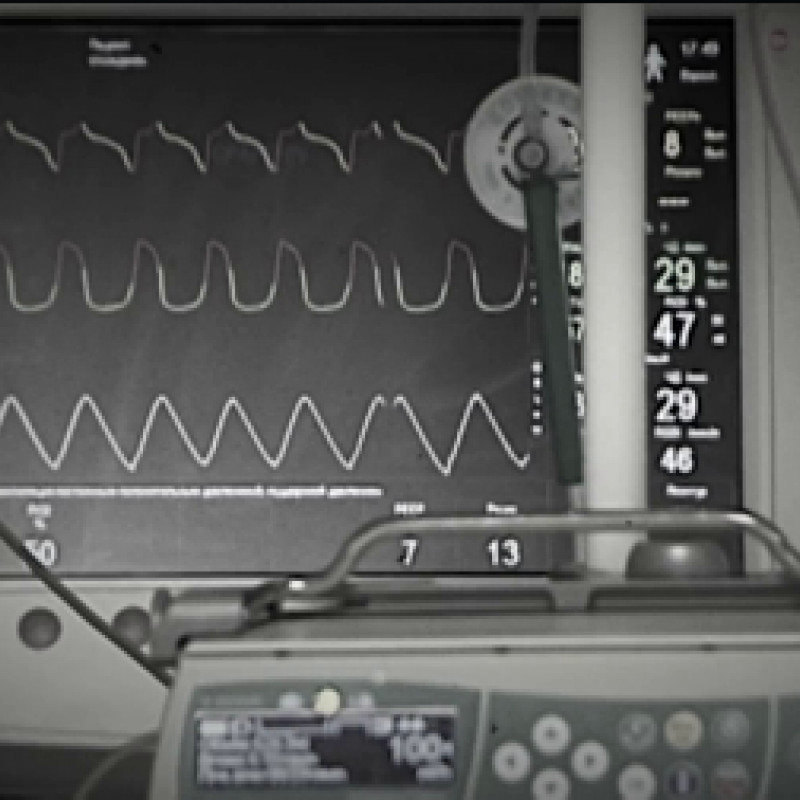 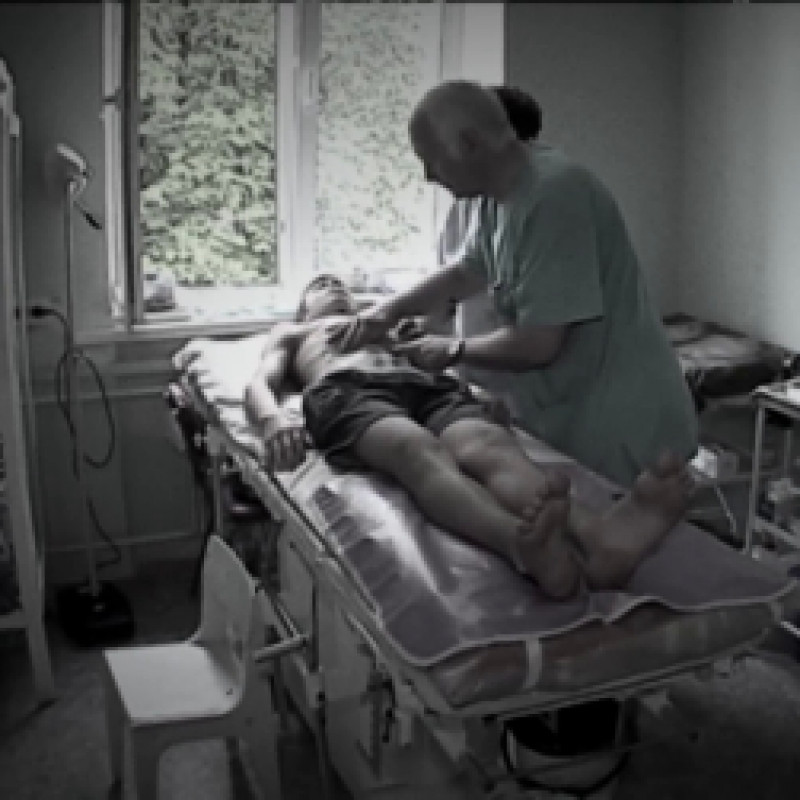 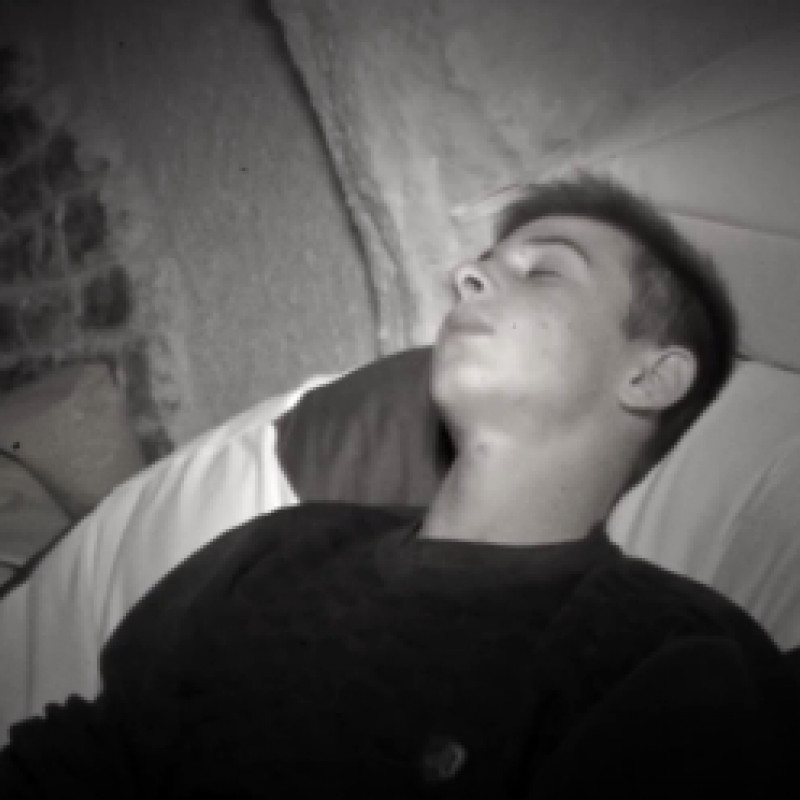 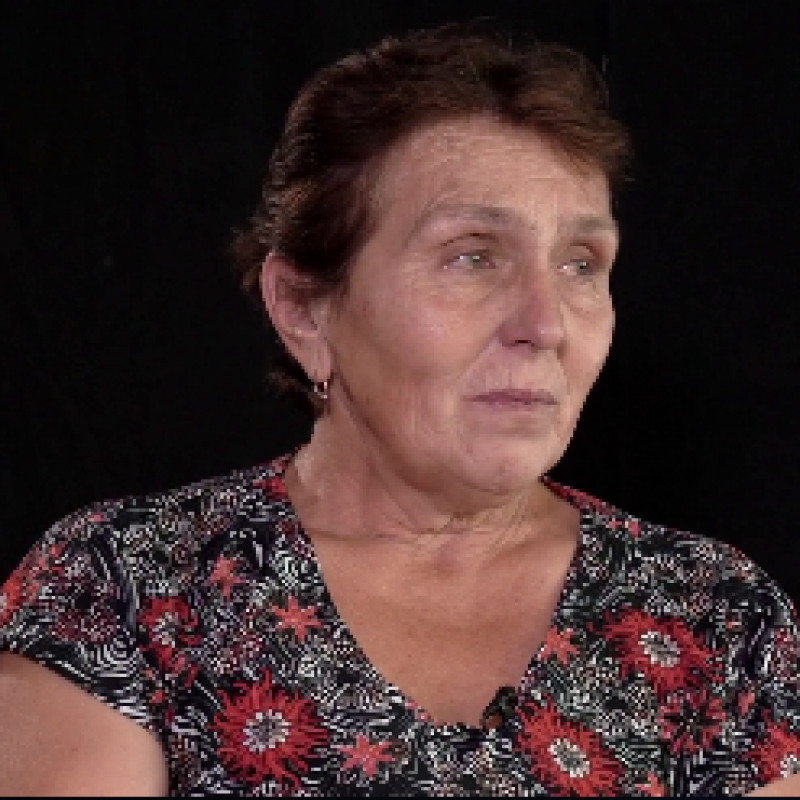 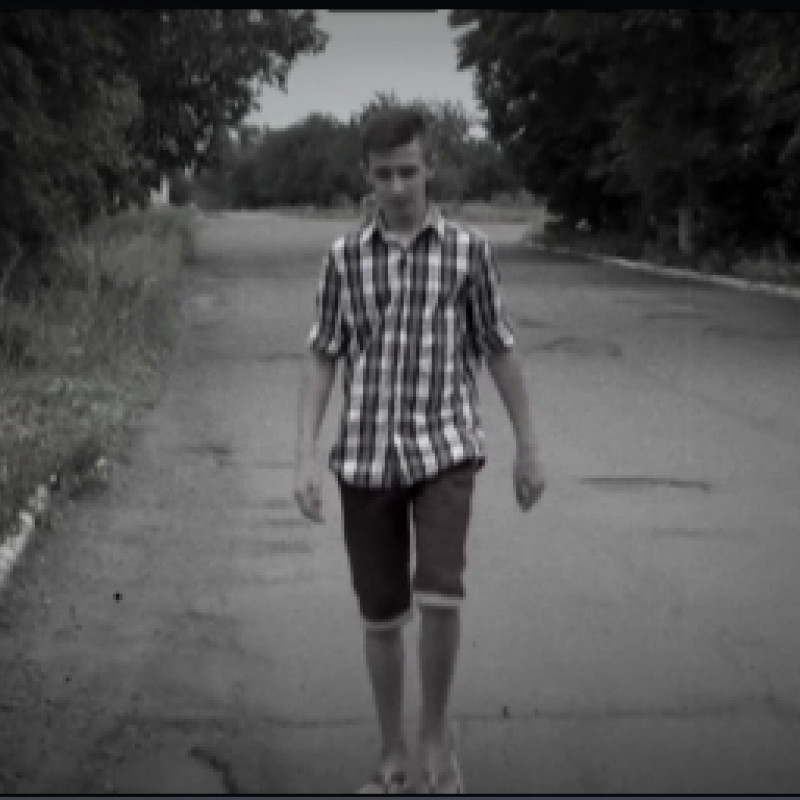 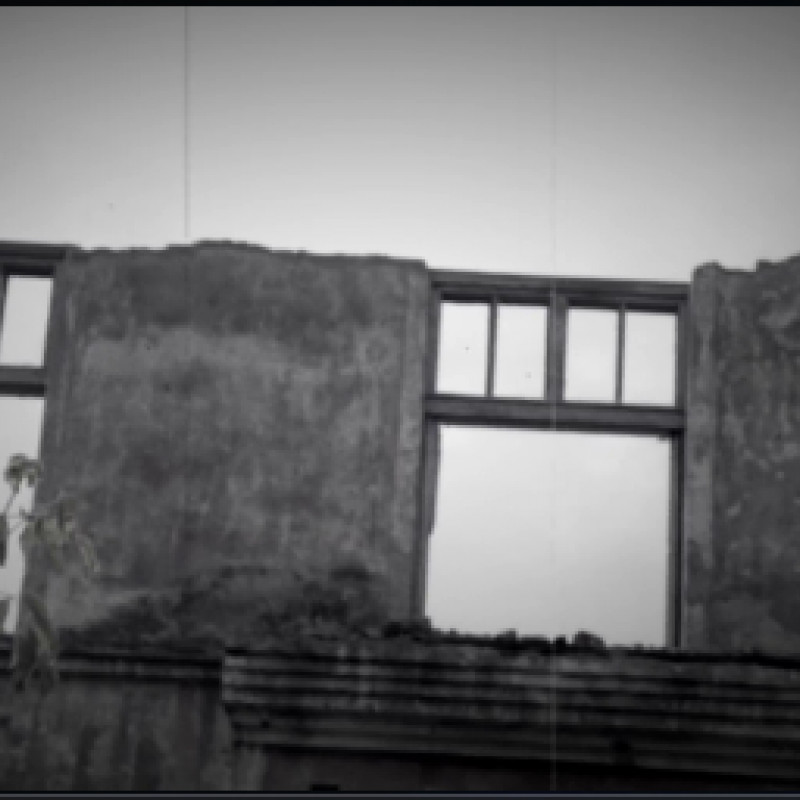 Their village was shelled. However, they encountered war on 2 July 2018, when her granddaughter held a detonated explosive. The boy found it on the street and decided to look what is inside...

When I found out about what happened to my grandson, I was as pale as a wall. I couldn't say a word.  A neighbor looked at me and sat me down. We were to horrified when he was taken away.

I have lived in the village of Zlatoustivka in  Volnovakha District, Donetsk Oblast, all my adult life, since 1964. I have two children, and a husband. We have worked on a collective farm all our lives. They kept homesteading.

Children grew up and got education. They got married. Son lives in one village, and daughter lives in Mariupol. We already have three grandchildren: one in Mariupol is finishing technical school, Dima started Grade10, and the youngest Alina reached Grade 3. Husband and I have live on pension payments and keep household.

"If you didn't know that, you wouldn't even say that a war was on"

We are on the sidelines, we do not have extreme situation here. However, our grandson was injured. I can't remember all this without tears. His curiosity was unhealthy, which caused trouble. Thank God, he was saved in Mariupol. Thank God my son came home from work early. Luckily, everything is fine. He can run and jump again. He returned to his studies, full of energy.

We didn't have any attacks in the village. The situation escalated behind Volnovakha. We live 30  kilometers away it.  They fired at Volnovakha from Dokuchaievsk. Our Donetsk-Zlatoustivka bus was under fire. Thank God that our girls didn't take it that time.

We only hear the rattling sounds, coming from Mariupol, Hranitne, and Novotroitske. If they hit hard, you can hear them, and if they don't, you can' barely hear anything. If you didn't know that, you wouldn't even say that a war was on.

"An explosion happened there. A kid is shouting in the street!"

When this happened, military columns were still coming past by the house. Sometimes they lost boxes on the way. We picked them and gave them to the soldiers. Grandson found something unknown. So, he wondered what it was. He was lucky to be alone. A friend was supposed to come by, but he was delayed. It is fortunate that no other children got injured.

So took his discovery to the garage in the yard. He unscrewed it, looked at it, and got... Neighbors heard that the explosion occurred. My grandson started calling my son, dad. At that time, he was standing in our yard, talking, and the phone was in the car, he did not hear the call. Then a neighbor came along, riding a bicycle, "Pavlik, something exploded. Your kid is shouting in the street!" Pavlik jumped­ into the car straight away. He rushed very quickly. The child was sitting in the neighbor's doorstep, holding it in his hands… His hand was ripped.

Grandson said that when everything happened, he went to the house, found the phone, and started calling father. Dad didn't pick up. So he started calling mother. The he got through and said, " Mom, I'm dying." At first, she didn't understand anything. Then she asked, "Is this a joke?" And he said, "No…" He went outside and started shouting. Neighbors ran out…

He sat on the doorstep and said, "I'm so thirsty." The neighbor wanted to bring him some water. And then he told me, "I suddenly remembered that you can not drink water when you are wounded in the stomach." And then Pavlik rushed to his car and to the hospital.

When I found out about what happened to my grandson, I was as pale as a wall. I couldn't say a word.  A neighbor looked at me and sat me down. We were to horrified when he was taken away. My daughter works in Mariupol, at a sanitary inspection room .When I called her there, they rushed there. They were already waiting there.

The surgery was not successful. The following day, they did another surgery. Thanks to the military surgeons who performed the second surgery. They did it, thank God. Grandson sang songs in the intensive care unit on  the fifth day. He was back on his feet in seven days.

We really appreciate what all the volunteers did. I never expected so much help! I am grateful to all the residents of our village who brought money. I was shocked that our people could respond to a disaster like this. This assistance was provided by both residents and our leaders. The director of the collective farm and various associations gave us money. They said, "Please, feel free to contact us any time." And there are volunteers, military and civilians, who supported us in Mariupol.

The Rinat Akhmetov Foundation helped us with medicines.  Last year, my grandson went to Kuyalnyk, Odessa – he received  a free travel permit. And they call and ask, "How can we help you? Is there anything that you might need?" The Red Cross also sometimes calls, asking how the child's condition is, and what can they do to help? I am very grateful to Rinat Leonidovich for his humanitarian work. He is doing a tremendous job. No one else does as much as he does, and it shows.  Thank him, God bless him. I am so grateful to these people! They did not leave us in trouble. If it wasn't for them, we wouldn't be able to pull the grandson out.

War changes people. You begin to see things differently. I really wish that peace would come. This is the most important thing. I dream that my children will always be healthy and people will get sick less. I wish it would all finally stop. I wish that all would be well.

Grandson grew up very quickly. He began to treat everyone very differently. He is very active in the village. He plays drums and does folk dances. He likes fishing very much. He is always restless, very curious. He has grown up a lot and understood what life is and what it is worth. 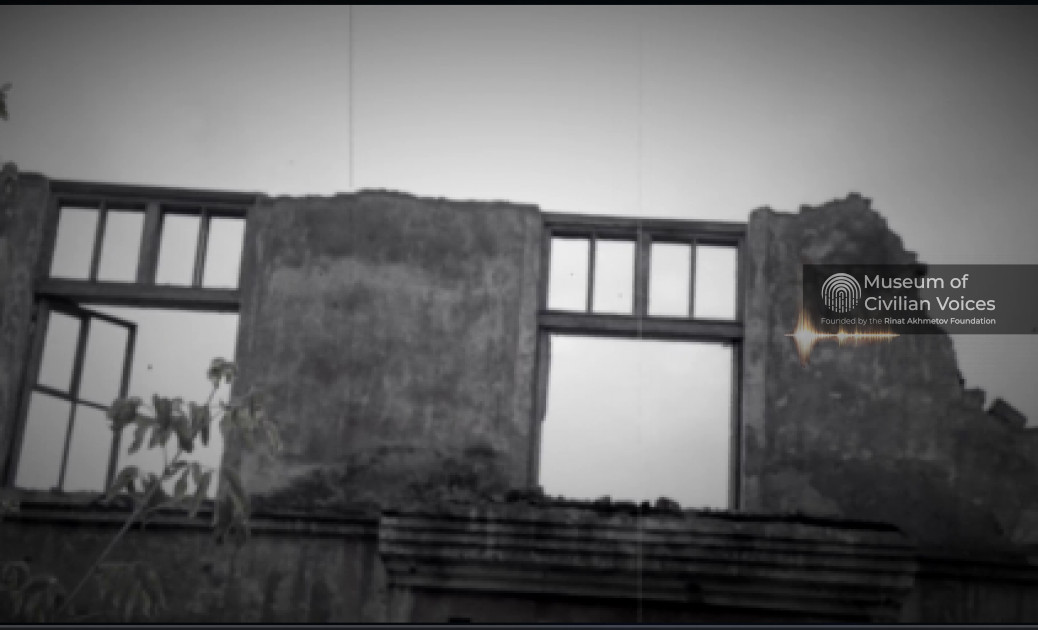 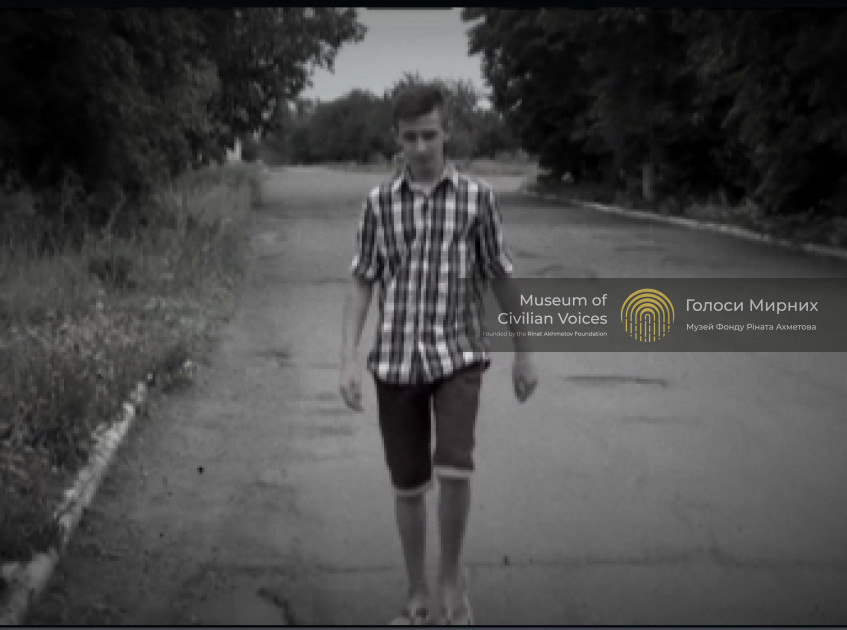 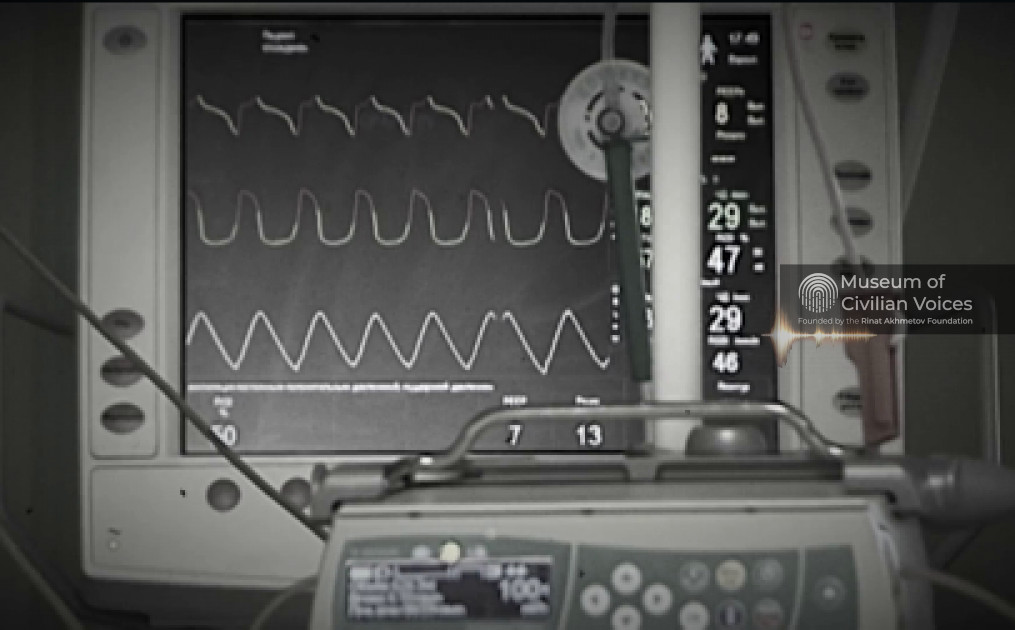 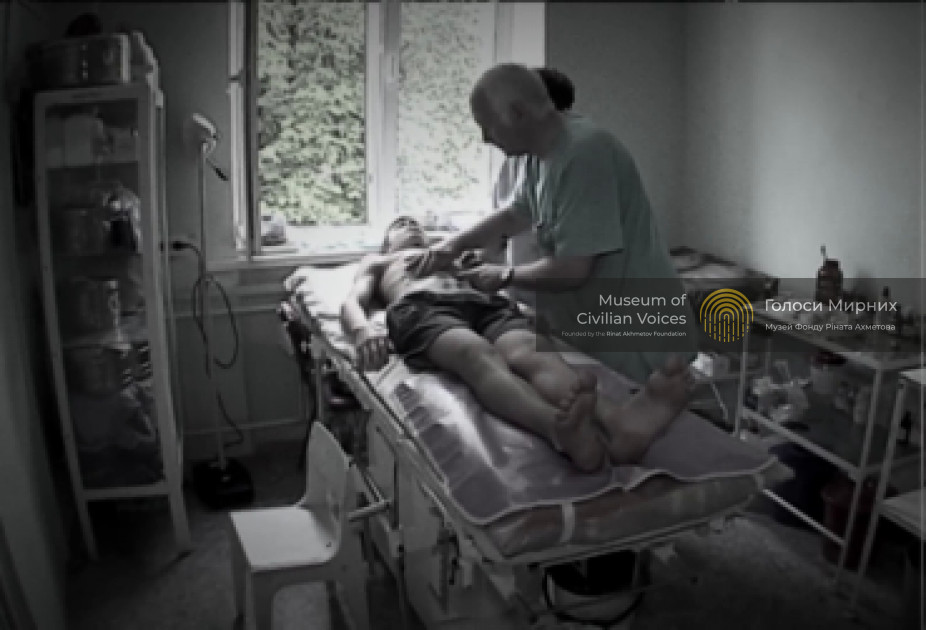 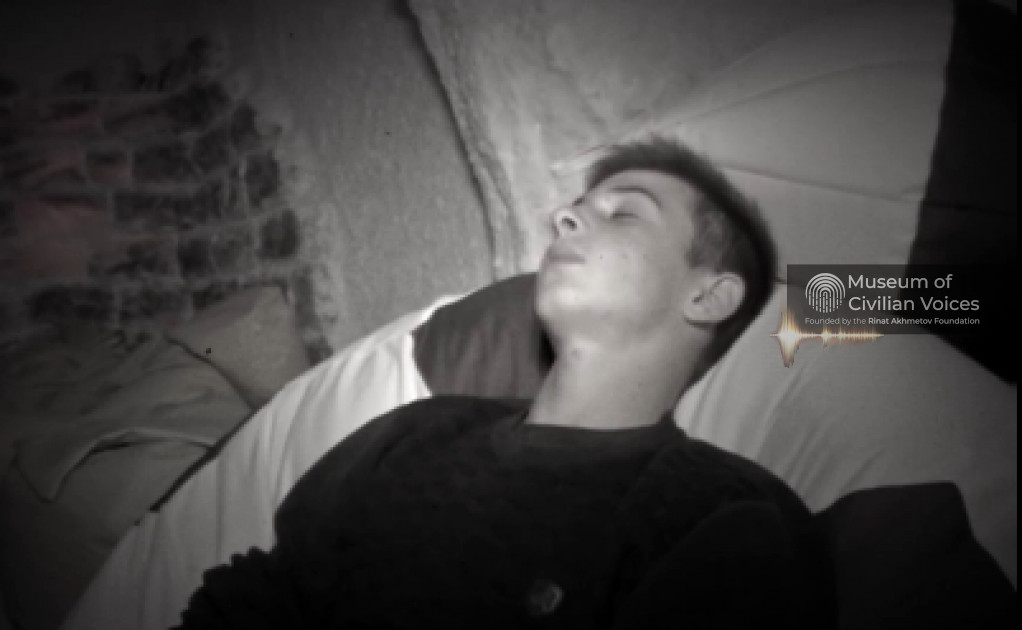 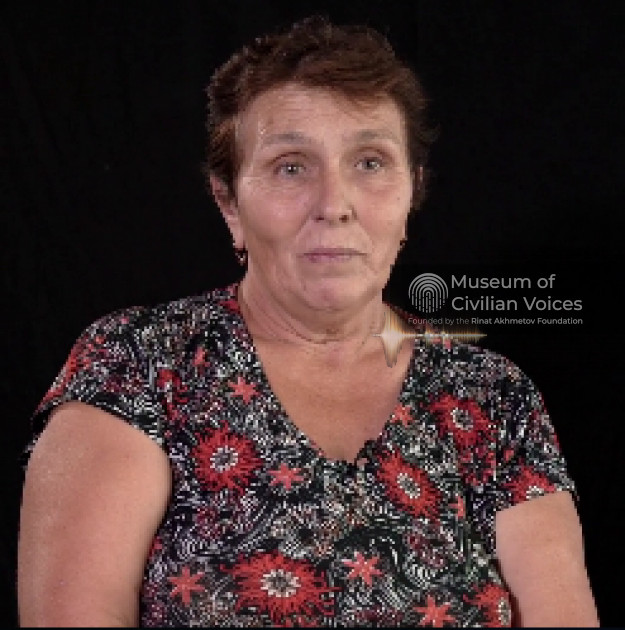