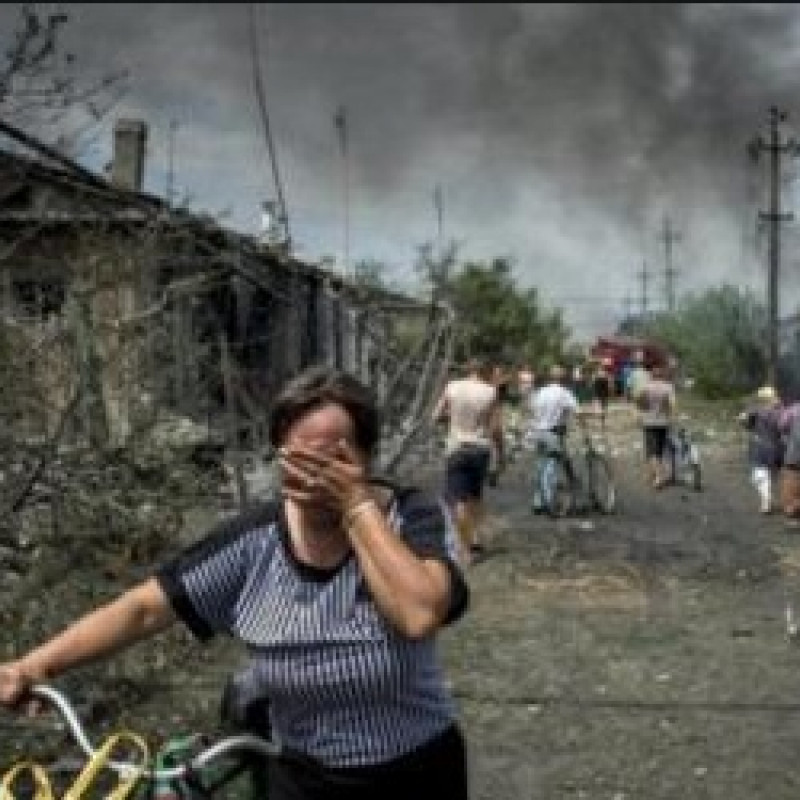 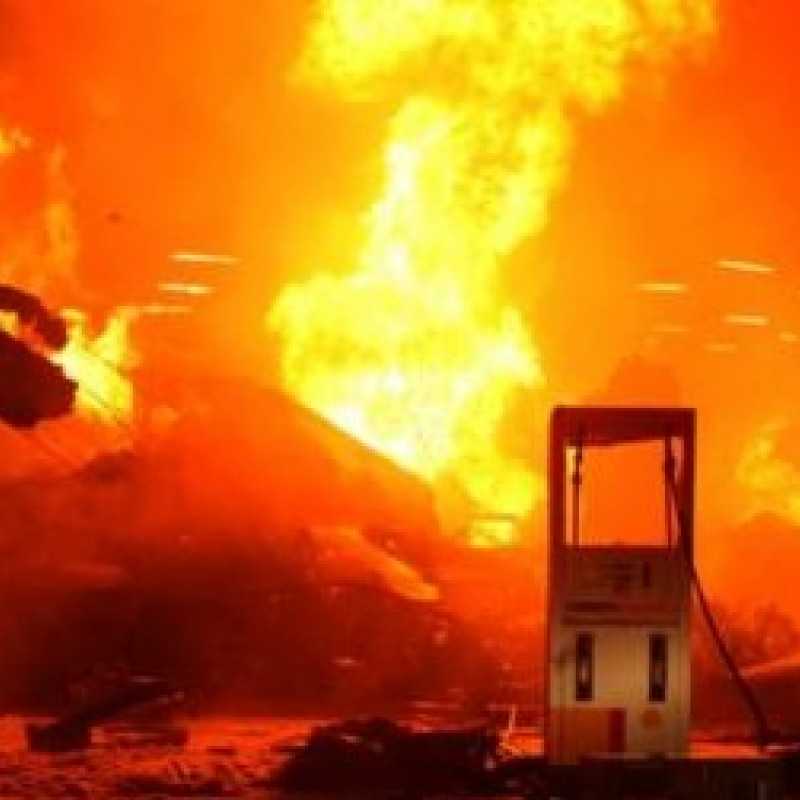 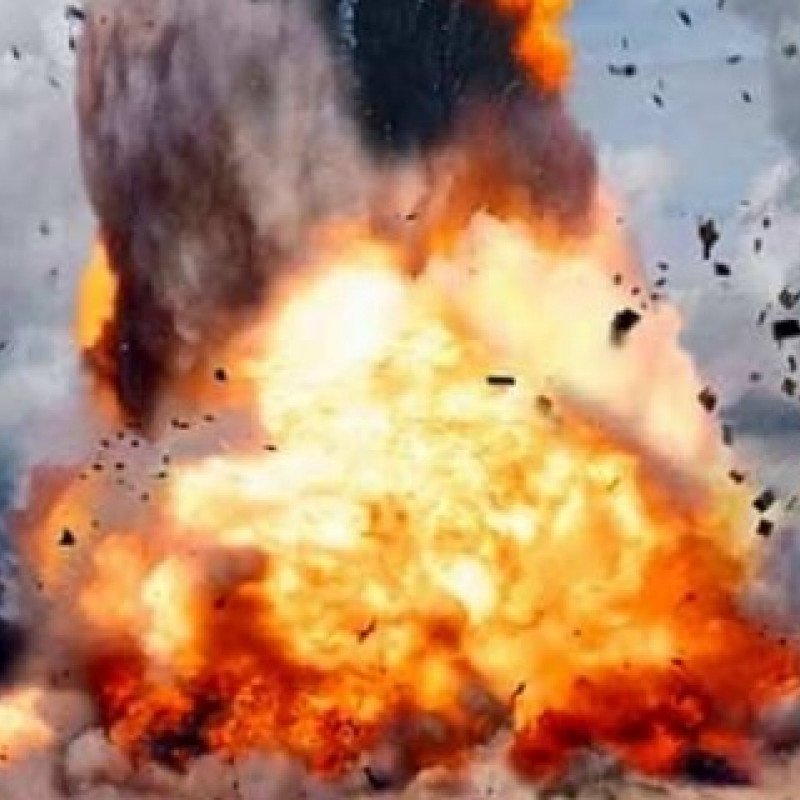 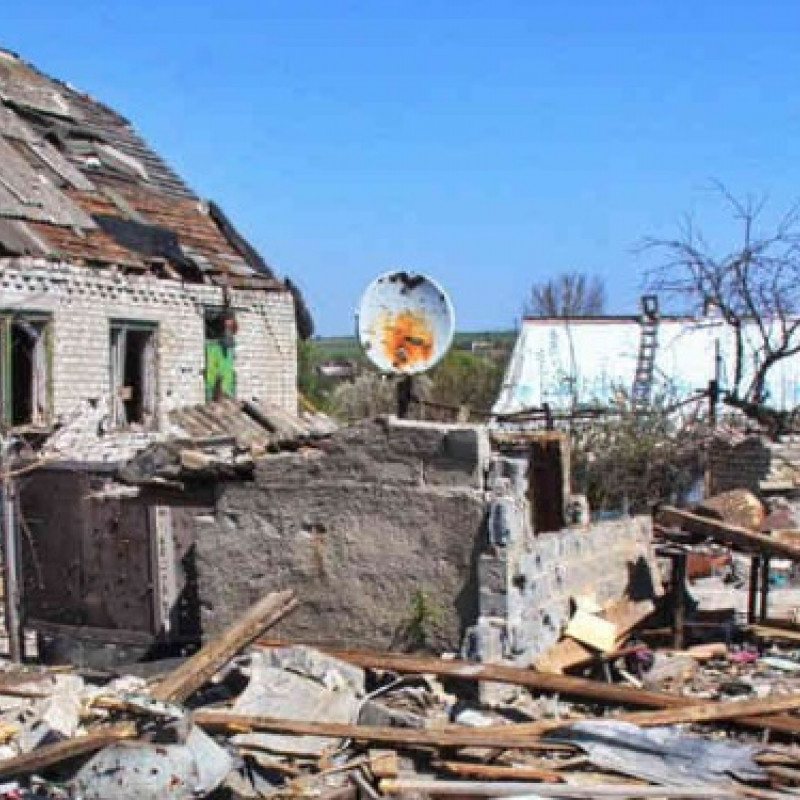 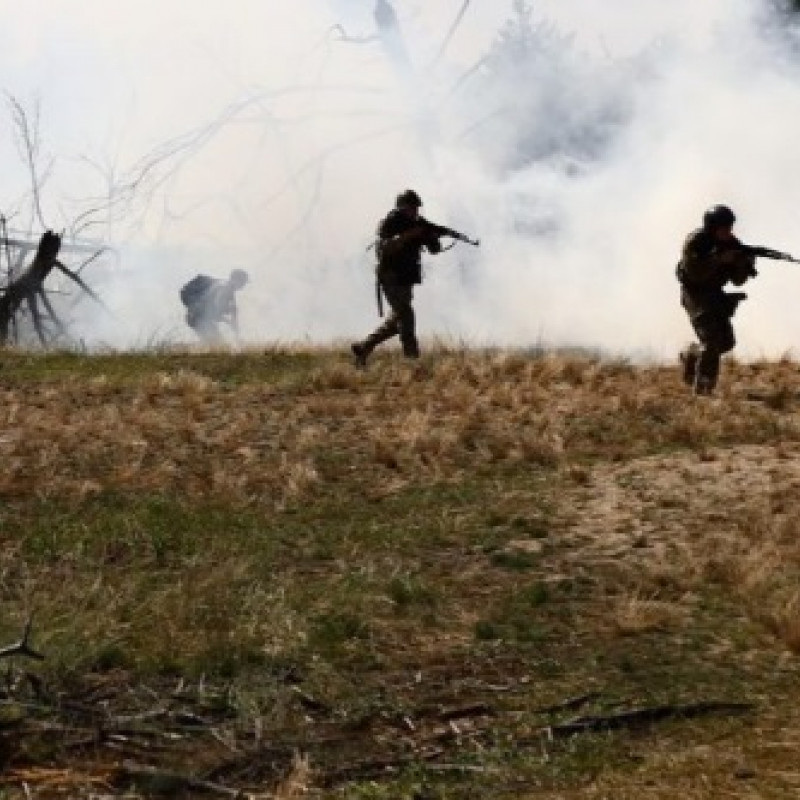 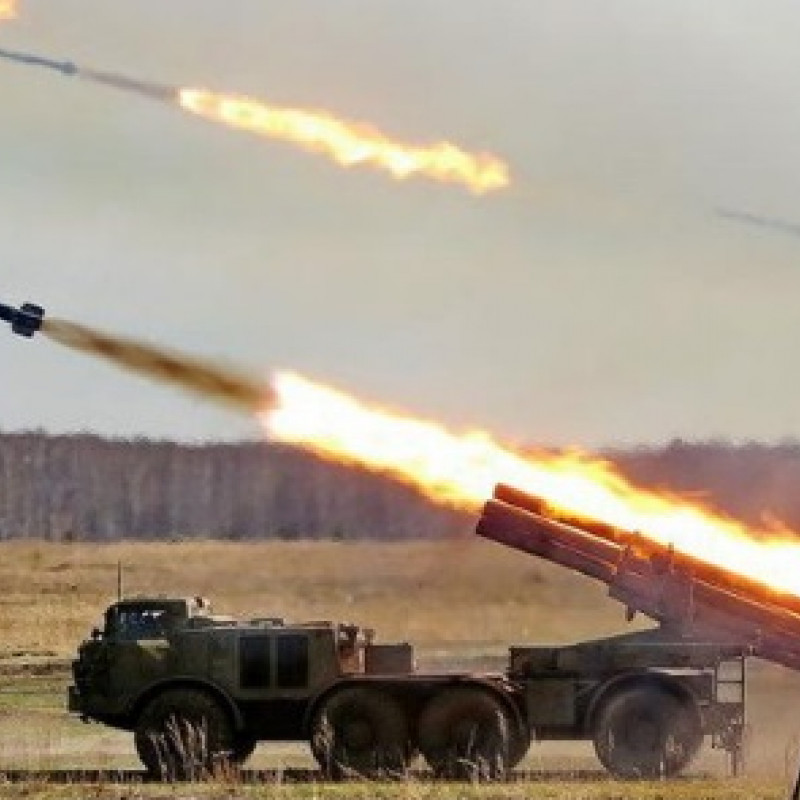 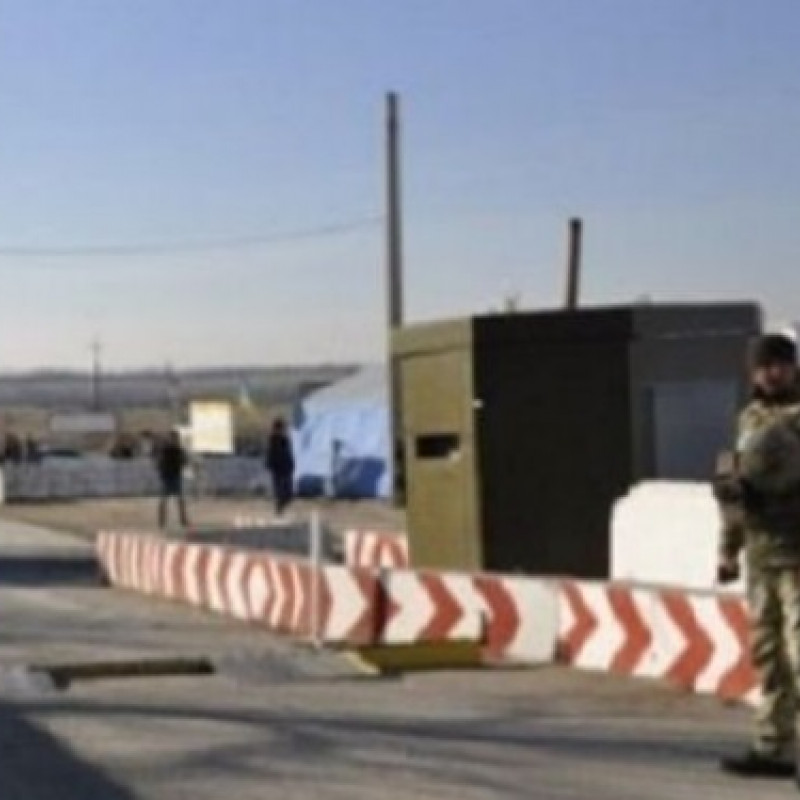 "What are they killing us for?"

The heroine kept a diary from the beginning of the war. From the village of Netaylovo, the family first fled to their relatives in Pervomayskoye. Then strangers gave hem keys to their apartment in Donetsk, where the family had moved. They survived the attack on Donetsk with children and grandchildren, slept in basements. They tried to return to their native Netaylovo several times, but the house was dilapidated and there were no people left.

Explosions were heard more intensely; I began to wake my son up to go into the basement. Scary, no one could believe that shells could be shot at us.

At 4 in the morning, a battle started in the village of Karlovka. People were hiding in basements, locked in houses. The dead were lying right on the road.

May 28, 2014. The shelling in Karlovka continues. I am afraid for the children and grandchildren. I collected them in an hour and sent them to the sea. I don't know what will happen next.

It was cold, damp, we couldn’t get to the sea, but we had to go somewhere.

July 4, 2014. Explosions were heard more intensely; I began to wake my son up to go into the basement. Scary, no one could believe that shells could be shot at us.

"My sick mother was dragged from basement to basement"

My son went to brush his teeth, and my husband and I in pajamas with documents stood in the hallway. The third shell fell very close: in a second we all three were in the basement.

Shrapnel flew all over Netailove, they were shelling us. Were they killing us?

From May 25 to the that day, people spent the nights in basements, people could not stand it and left, there were those who had nowhere to go.

The fight did not stop. We decided to leave, pick up mom. What to do with animals - cats, dogs, chickens, rabbits? The dogs were untied and left.

We went to our relatives

June 4, evening. We left for the village of Pervomayskoye to visit our relatives, here all our relatives gathered. I had only a bag with documents, even nothing to change into, everything was left at home. Mom's legs were very swollen, she sat in a chair, there was nowhere to put her, there was no bed.

They started shelling, fragments reached Pervomayskoye, a herd of cows was beaten, there were wounded people.

Les had been calling for two hours already. From Avdiivka she heard how they were bombing us, I was calling her. We decided to come to Avdeevka. My mom couldn’t stand it here. Sugar level had already risen, pressure too.

Night, everyone was asleep, finally, we washed and ate for the first time. My mom was sleeping on the couch. We were on the floor next to her. We had some sick cat with us.

"I cried, there were no more tears"

We got homeless at 50. I cried, there were no more tears. What were they killing us for?

"Food was cooked on bonfires"

June 7, 2014. In the evening I took people to the nearest villages. Today I will take water and bread to the remaining people. People are sitting in a bomb shelter at the school. There is no electricity or water in Netaylovo, the shops are empty. There is no bread, people are hungry, food is cooked on fires in moments of lull.

There are almost no people, the village has become like a ghost, there are more dogs than people, they run around Netaylovo. The rabbits we were breeding are dead.

"Strangers gave us keys to their apartment"

June 8, 2014. Fights are approaching Avdeevka. We decided to go to Donetsk. Strangers gave us keys to their apartment in Donetsk.

June 9, 2014. The husband and son went to work. I decided to go to Netaylovo. I am not allowed through at the checkpoints. My husband does not know that I am going to Netaylovo, if he finds out, he will take the keys to the apartment. We need to go, carry bread, water, feed the remaining animals.

June 10, 2014. I was going with my daughter Yana to Kiev, to apply to the Academy of the Ministry of Internal Affairs of Ukraine.

June 11, 2014. Today I screamed at the whole train car, frightened people. I dreamed that they were shelling and we were all hiding.

From June 12 to June 15, 2014. Yana had entrance exams, it's hard to pass when there is a war near your house, and we may be left without anything tomorrow or now.

June 12, 2014. My daughter and I went to the Kiev-Pechersk Lavra, ordered a prayer service for the salvation of all the inhabitants of my village and their homes. I bought a lot of icons of all saints. I'll take it to Netaylovo to give to people.

"Kyiv does not even suspect what the war is"

June 16, 2014. Yana entered, the exams were passed. I'm leaving home, Yana stays to attend the lectures. I am leaving on the evening train to Donetsk. Kyiv does not even suspect what the war is. People all walk, smile, have fun, planes fly, which I am terribly afraid of. Donetsk is my favorite and most beautiful city.

June 18, 2014. From the train I got into a shuttle bus, I wanted to get home to Netaylovo, but the shuttle bus was turned back. I handed out icons to everyone in the shuttle bus, and hung them on the windshield for the driver. I asked everyone to read the prayer "Our Father" aloud. And we tried to go again. With God's help they let us through.

"My husband was almost shot at a checkpoint"

June 19, 2014. It’s shorror, there are no people in Netaylovo, the dogs are running around. The village is empty. The remaining residents warn me that there will be a battle now, they offer to stay in their basement.

There is already transportation to take, nothing works.

I want to go to my home, and I go home. And I understand how I will be alone in the basement without light, without people. They start shelling. And then I see my husband's car, he came for me. Later he said that they wanted to shoot him at a checkpoint: “We’ll shoot you here, the sniper will shoot you over there anyway”.

"Burnt houses; some burn, some smolder"

June 20, 2014. At one in the morning they called and said that a tank was shooting at houses, that there was no street, my house was not there. I can’t sleep anymore, I’m not sleeping. The main thing is that everyone is alive and well.

June 21, 2014. I came to see my daughter Yana coming from Kyiv. We will try to drive to Netaylovo, see what is left over.

June 22, 2014. Hell is pitch-black - in the village of Izmailovka, half-burnt houses, some are still burning, some are smoldering. The tank is broken, the tower is torn off, there are corpses nearby.

At the entrance to Netaylovo, a passenger car was torn apart, probably, a shell hit, there are no people anywhere. I tried to drive to my street - I could not, everywhere on the road there are bricks, a broken wire. Yana asked me not to cry.

We tried to film with the phone. At the checkpoint they made  us erase everything. All the doors and windows in my house were torn out, the roof was smashed, my beloved dog was killed with a fragment, the second escaped in the house. Three tank shells fell. Are they monsters, non-humans – those who started this war?

June 26, 2014. We make a decision to return to Netaylovo while there is an opportunity to somehow get through.

June 27, 2014. The fragments are flying across Donetsk, it's hard to leave the city. I drove, not observing any signs or rules, a feeling of fear ran ahead of me.

August 1, 2014. My daughter Julia returns with the grandchildren, they  are tired of wandering. Finally, we are all together.

"New Year has come, but there is no joy"

June 1, 2016, 10.00 a.m. In the evenings, shelling began, everything trembled, the grandchildren watched cartoons next to a large window. I went outside to see what was happening. At first, the shells fell far away and suddenly began to fall 50 meters from our house.

I ran home to save my grandchildren. Sick grandchildren were wrapped in blankets. I began to faint in the hallway. The husband shouted: "I can’t carry everyone at once!" I brought my grandchildren, and I went out myself.

In the basement, a neighbor gave me Corvalol, and I felt better. After the shelling we went back to our house.

"Now we are a "gray zone" and nobody wants us"

This is how we are living now, only the shelling is less frequent; sometimes it is heard far away, sometimes it is closer. Only now we are a "gray zone" and nobody wants us, there is no work, transport does not work. 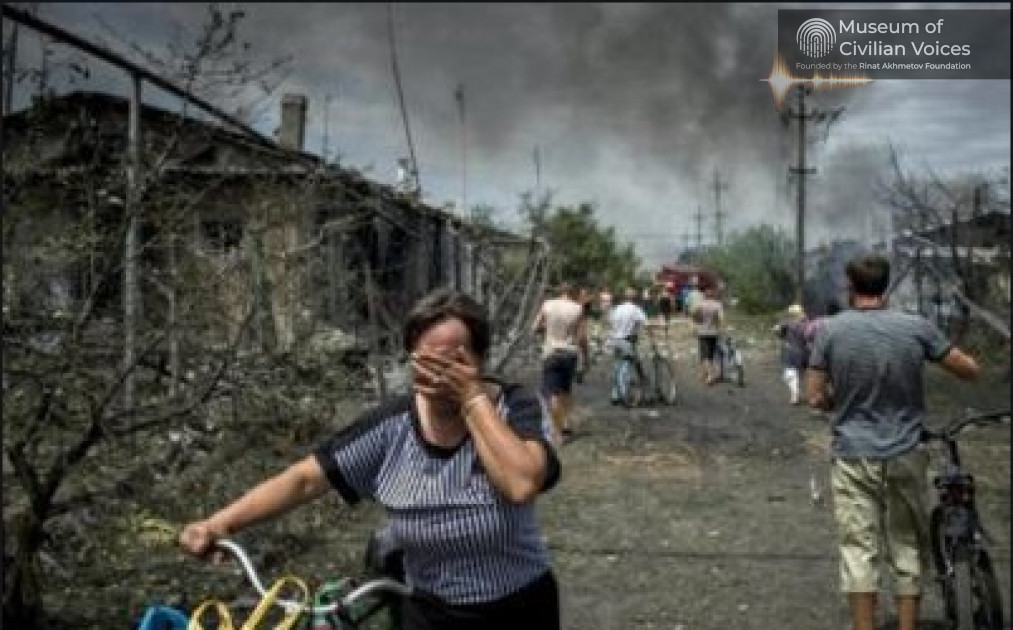 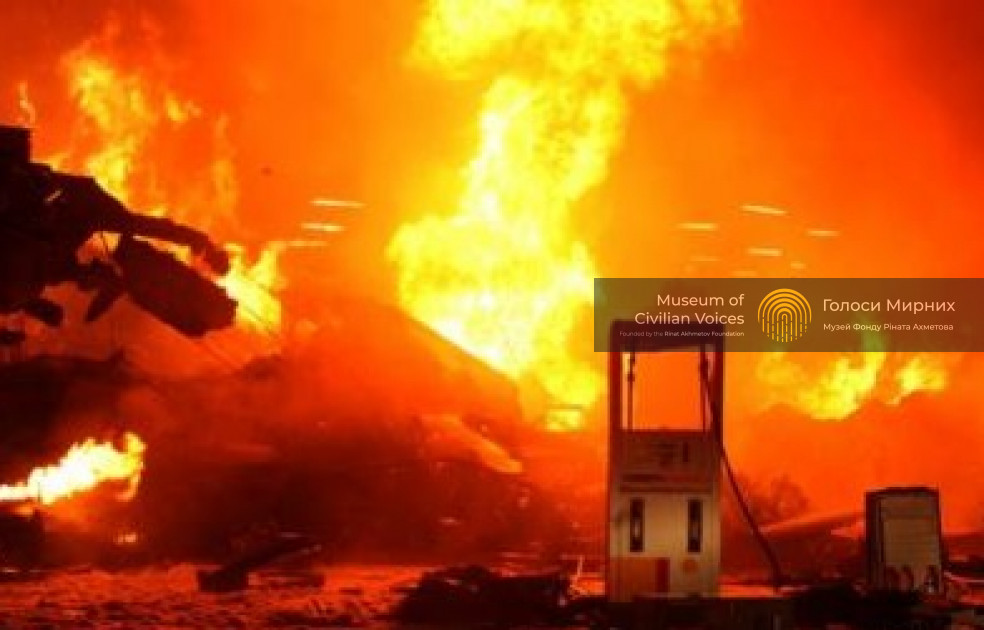 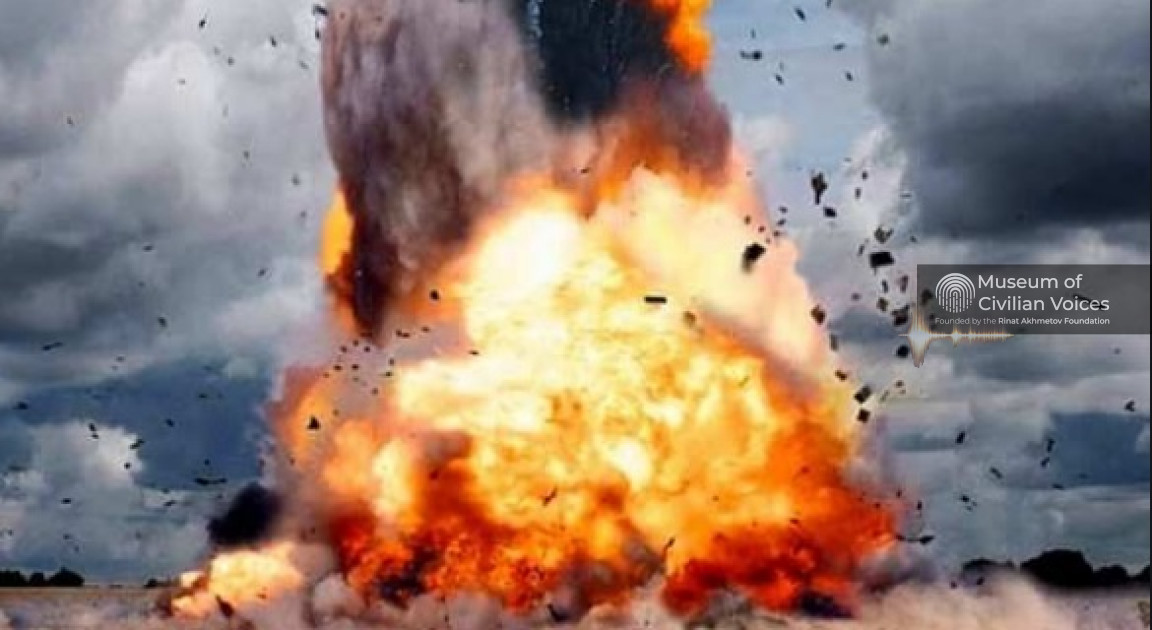 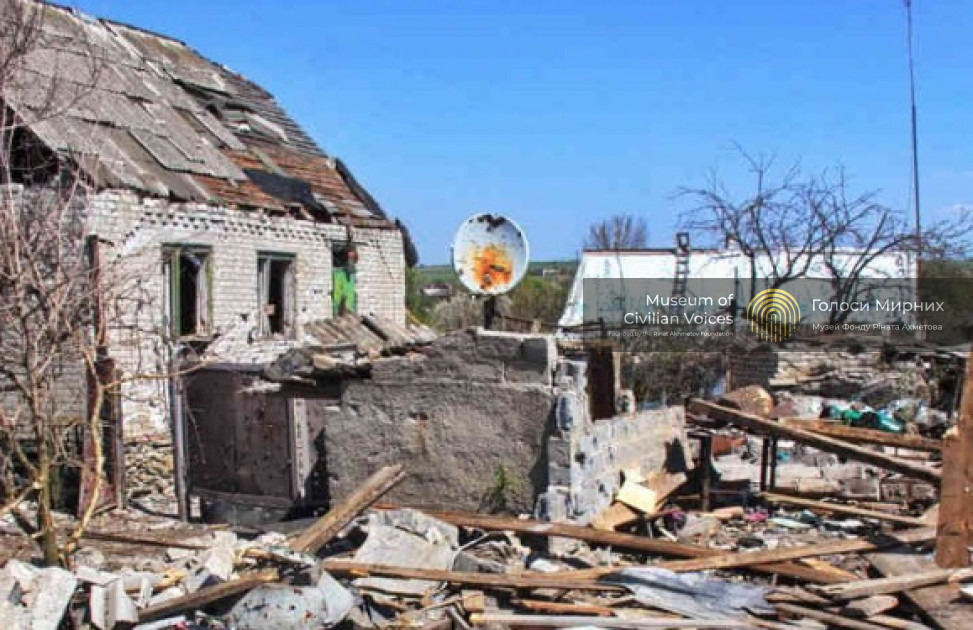 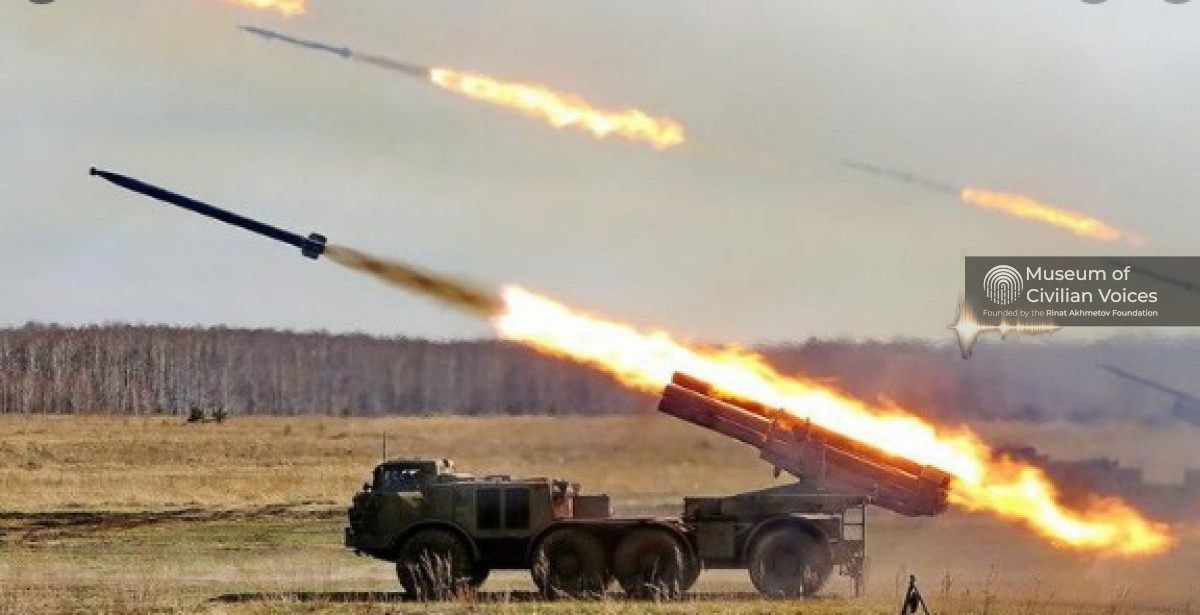