Tell a story
Go to all stories
Sofia Turchenko

‘We have become the hostages of a new reality’

In the "One Day" essay competition, her work took 2nd place.

War. Pain. Huge losses. Mutilated souls. We all know about them from history textbooks and sometimes from news. It has always been something distant that cannot happen in the modern twenty-first century. After all, people should already learn it that war brings only death and that everything can be resolved peacefully. Could I think at the age of eight that war could affect me too?

So, I was only eight years old when it all started. In fact, my childhood was more than just perfect...

...but the day of 26 May 2014 decided everything. It was then that the fighting began near Donetsk airport. For all the inhabitants of Donetsk, the war began on this very date; this day divided life into before... and after...

The morning suggested a usual day. My mother and my younger brother picked me up from school. We came home and I started doing my homework. And suddenly: explosions... we rushed to the window and saw several military planes. They were emitting sparks. Later we learned that those flares were heat traps.

At that time, it seemed to us that it looked very nice, and we still did not understand where and why they were flying and what they were doing. And then later it turned out that they were heading for Donetsk airport. But it was far away, so my childhood vision and picture of that world was not yet viewed through fear.

Explosions became more frequent and louder. The reality that all this was happening to us not just came, but rather befell us. It was a new reality and absolutely all civilians of Donetsk became its hostages.

Hearing the explosions, we hid in the bathroom, and in the hallway – where there were no windows. As they could have shattered from the blast wave or a projectile could have hit our house. We taped up the windows with film, cello-tape, and paper so that they remain intact and we are not injured by pieces of glass, if they suddenly break.

I am infinitely grateful to my parents that they did everything to make the war affect me (and my brother) as little as possible. I don’t have any psychological trauma associated with this run of bad luck in my life.

My brother was very little then (he was not even one year old), so he does not remember anything from that period of our lives. And I have some memories of how we lived in Donetsk: more of happy memories, of course, but we cannot forget the past, because without the past we will not build the future.

We moved in late summer 2014, leaving behind our home and our relatives. We were sheltered in Mariupol, near Donetsk. Our relatives live there.

I began to attend school in Mariupol, but I did not study there for a long time. The outskirts of the city came under shellfire. I was at school just at that time. The shells did not fly overhead, but the explosions from them were heard clearly. Classes was interrupted and our parents took all of us home from school.

In October 2014, we moved again. This time from Mariupol to Zaporizhzhya. This was life from scratch. We had to start all over again. We did not know anyone; this was a new city, new people, and new life. It had not been like that with Mariupol, because my mother was born there, and the city was not completely unfamiliar to her. But for me those were two completely new cities, new schools, and new friends.

Zaporizhzhya became my second home. It was there where a new page of my life began, and new dreams and new hopes appeared.

We remember our past, but we let it go. It is no longer a painful wound. It has started to heal up. We need to live on. And we will live on, setting ourselves goals and achieving them.

Just one day! But it can become a fateful day. It can turn life upside down. We fundamentally changed our whole life. We started it all over again, and we succeeded. Of course, we have relatives left behind in Donetsk.

We keep in touch with them via Skype, Viber and other messengers. Donetsk will remain my hometown forever. I will remember it as it was in the summer of 2012, when the European Football Championship (Euro 2012) was held there: a fabulous city, blooming roses, cheerful people, and many foreign visitors and tourists. It will stay like that in my heart forever. I don’t know what my life would have been like if the war had not started and my family and I stayed in Donetsk.

But now I know that even one day can shape the future fate. And it lies in our power to make this fate a happy one. We don’t have to live by the past, but we need to remember it. 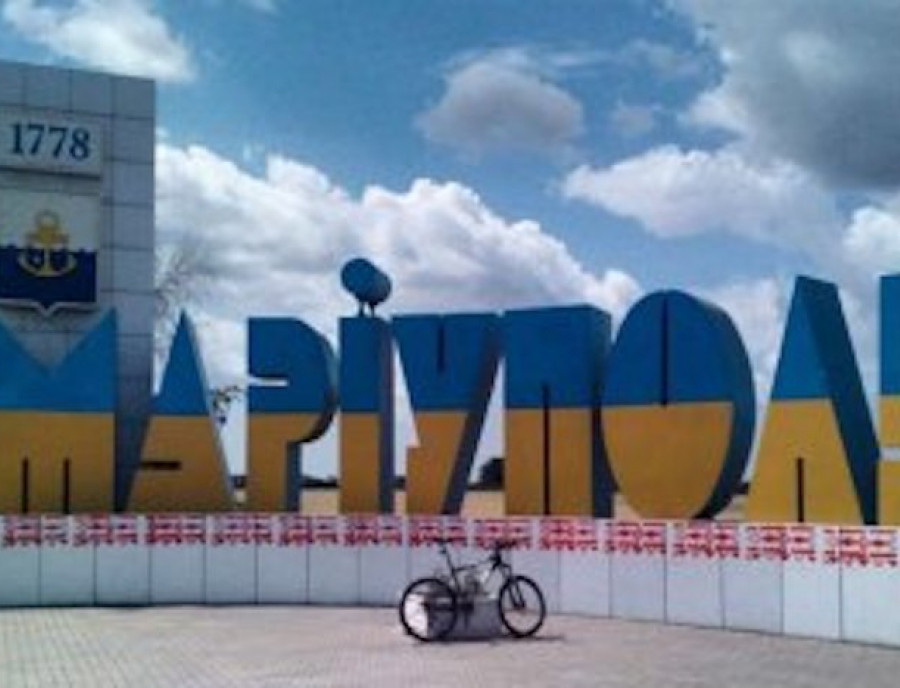 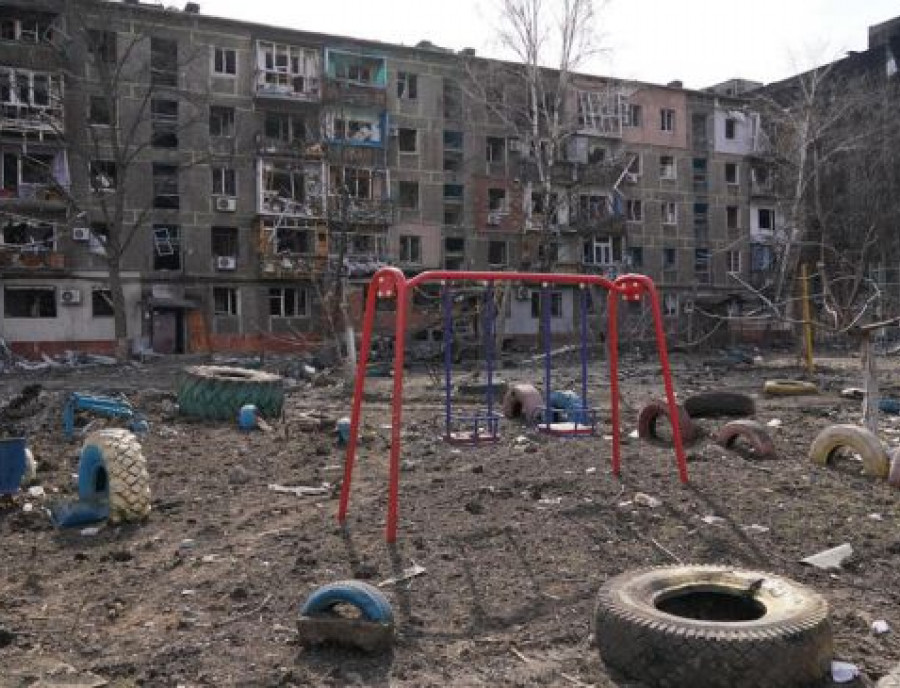 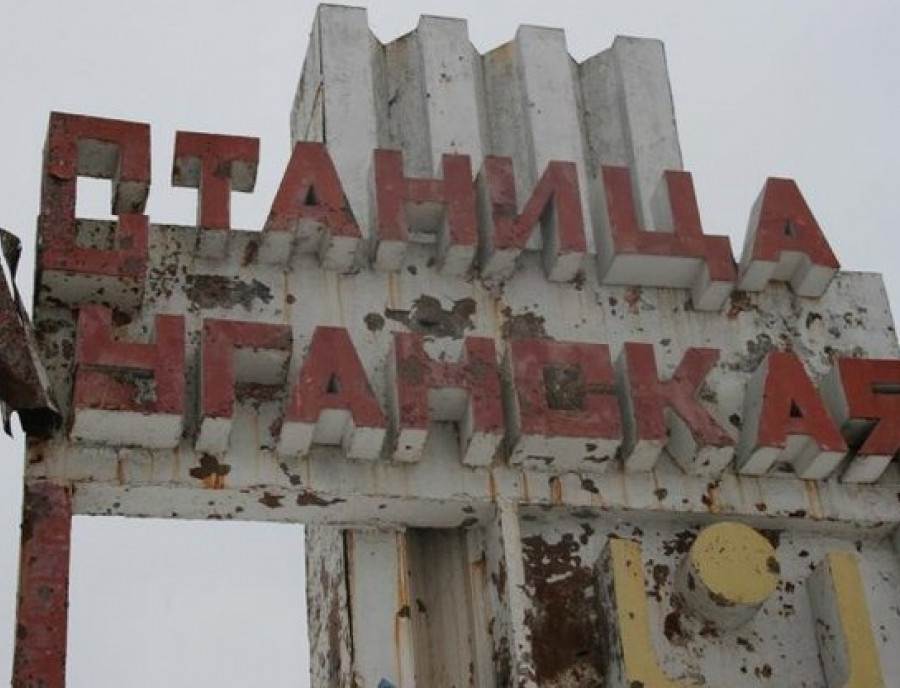 Material added to your library
Marina Sergeevna
Stanytsia Luhanska 2014
Go to all stories
Log in
Sign in to add material to your library
Continue with Facebook Continue with Google
or
Create an account?
Continue with Facebook Continue with Google
or
We will process your request shortly.
The status on request can be tracked in the personal account in the section requests.
Forgot password?
Enter your email that you indicated during registration
Forgot password?
Password reset instructions have been sent to your email museum@gmailcom
Create an account?
To continue registration, please follow the instructions indicated in the letter that has been sent to your mail museum@gmailcom
Data saved successfully!
Fill out the form and we will send you a report by mail