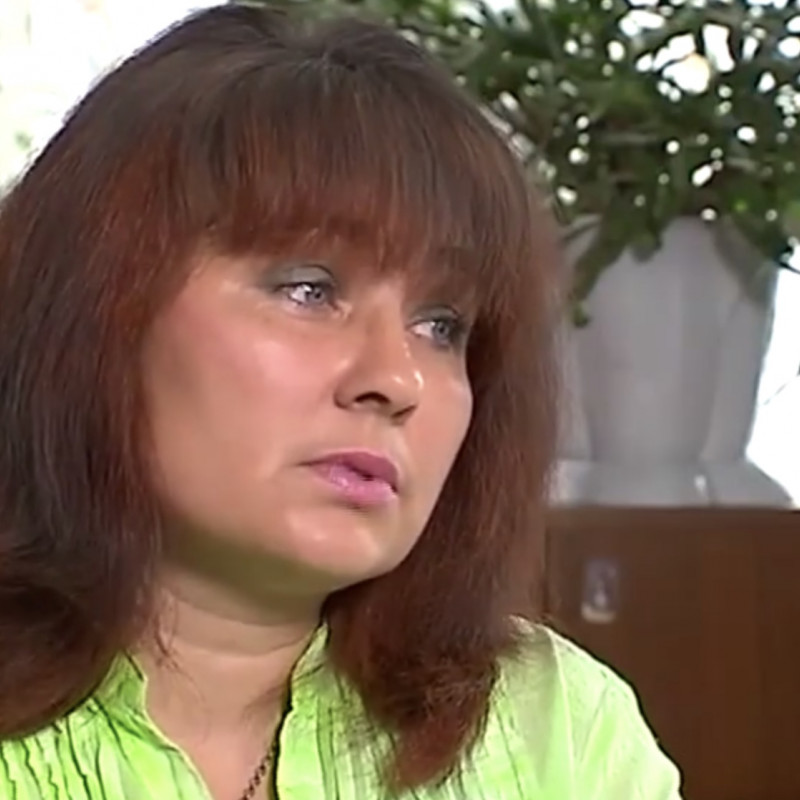 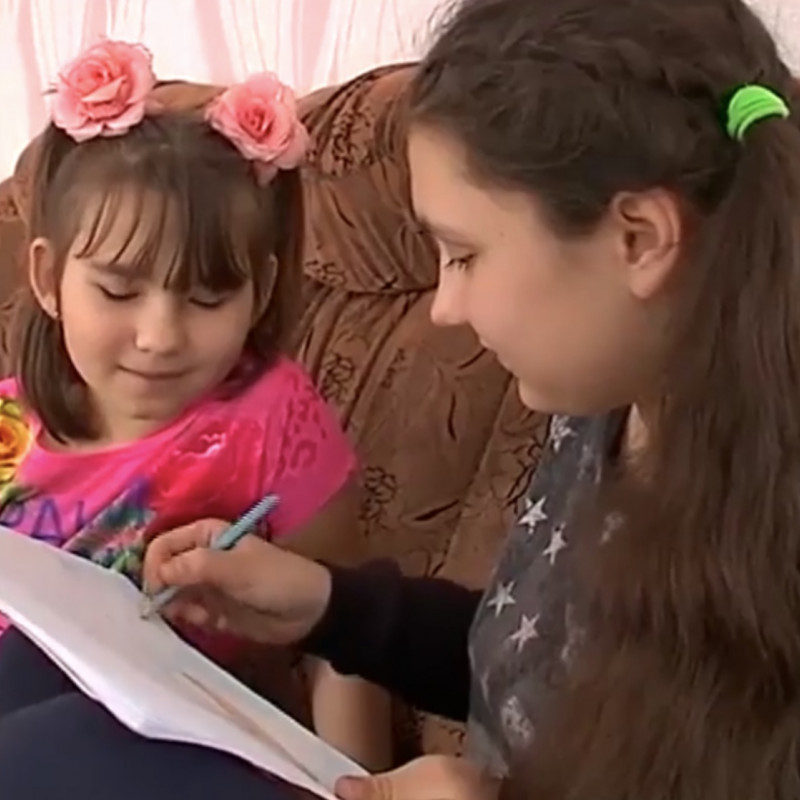 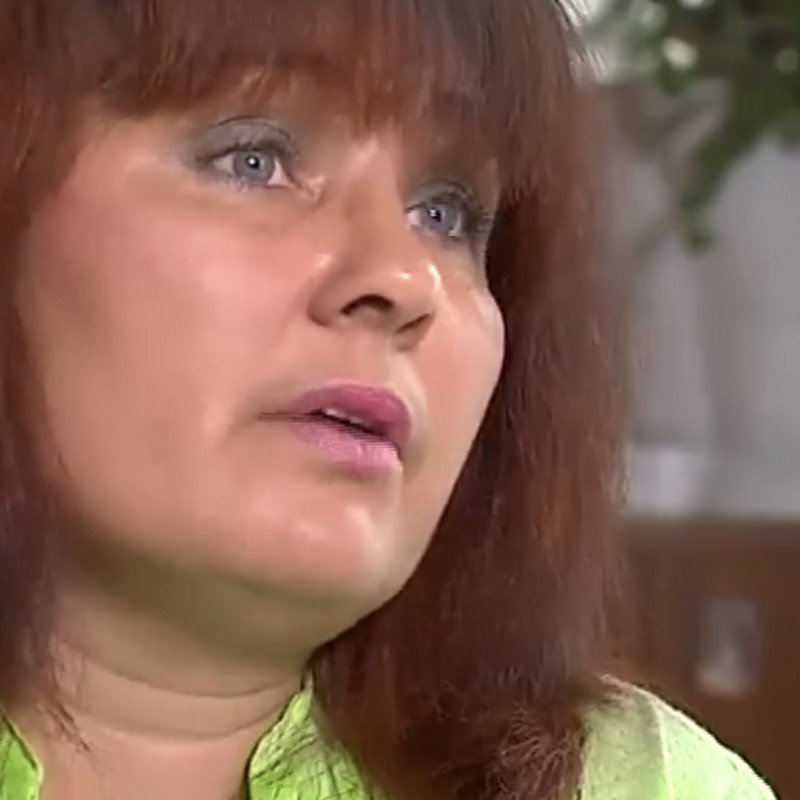 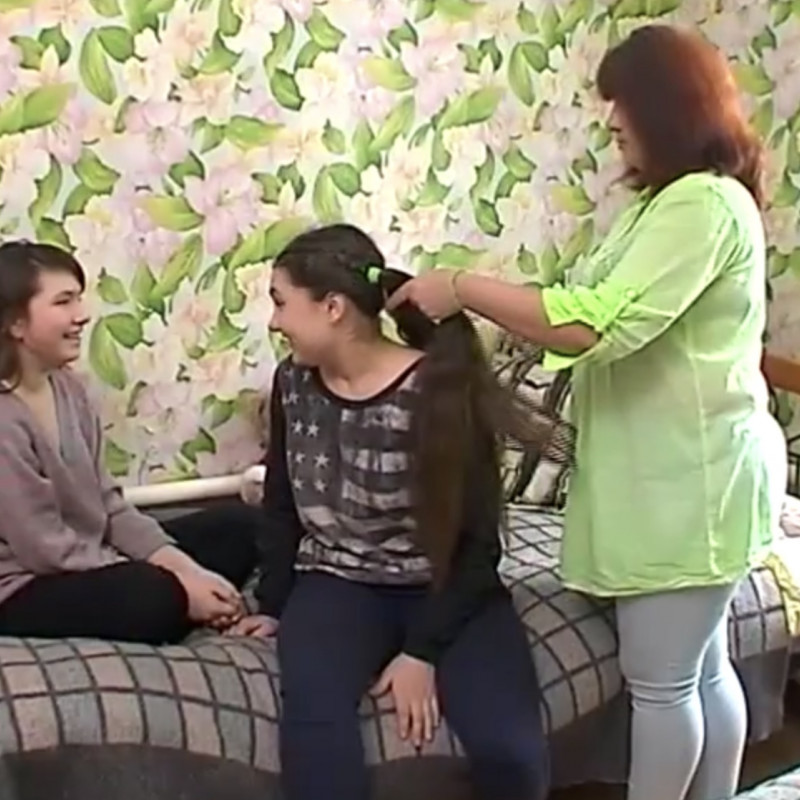 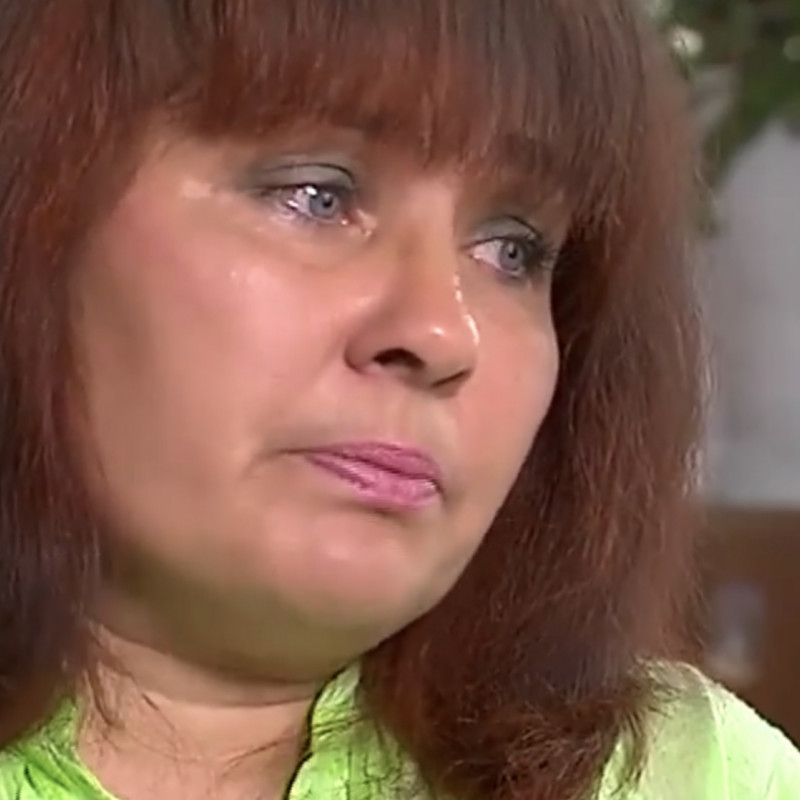 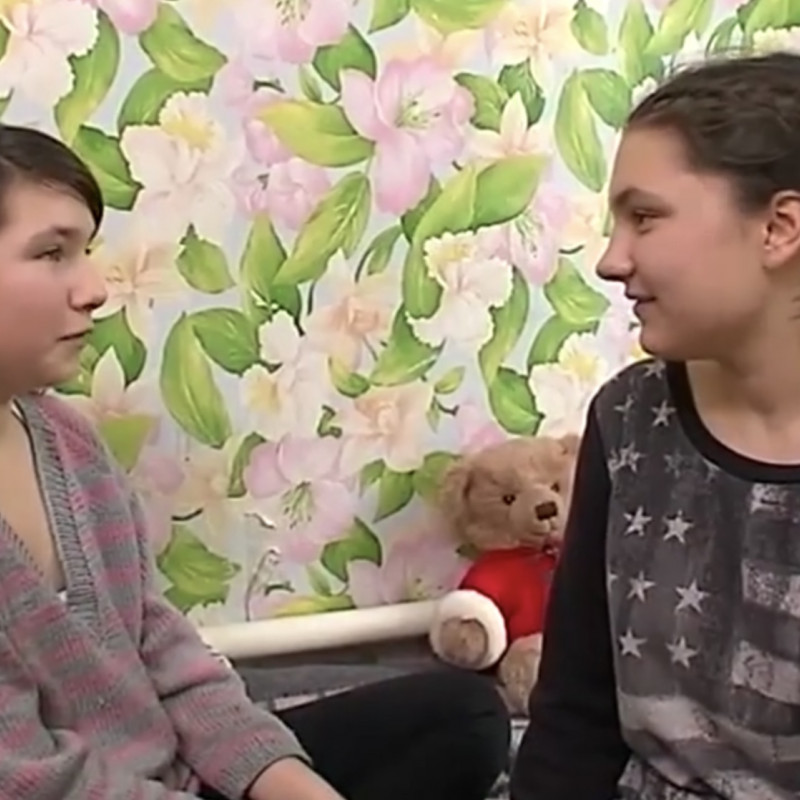 "We are ready to live hungry or cold, but in peace"

The Khodarev family has many children. Natalia and Oleksandra have three schoolgirl daughters. The head of the family devoted his whole life to mining, hard work undermined his health. Natalia has been persecuted for many years. However, the condition of the children worries the couple the most. When there were frequent shellings, the whole family hid in the basement. Such stress has severely affected the health of the daughters.

We left when things got really bad. There was a lot of shooting. We went to Kamianets-Podilskyi, to my brother's. Well, they themselves have many children. So, when things settled a bit, we decided to come back.

Moreover, the husband had a job here. He had to make before retirement. He tried his best, so he took risks. Shells exploded around, but he had to work at night to the sounds of shells. He had to do it. Well, it was a very difficult time

We missed a lot of things here. We wanted our house. It was hard. We have three children. The husband had a job. He was the family leader. We had to take loans. They saved us. We could buy things for the house. Then hard times began. We could not pay for the loans ant more, because he did not have a job any more. We still have to pay them, though. It is very hard.

We are very worried. We can't sleep properly. We are worried about the children, because they may eventually have to pay back the loans. That really bothers us. We can't get over it. Of course, we would like to live all square. If it wasn't for the war, we would have already forgotten about them. We would have already paid them. Well, no one really thought this would happen.

It was very scary. This constant banging sound terrified us. Then we got used to it. But once I go back, it's so dark, and shells are flying everywhere. I was just... Well, I was in shock. Just imagine what it is like to live to the sounds of shells flying over our heads.

Once the state farm was bombed. Shells exploded nearby. My husband goes to work at night. The children scream, and I run around the house, praying, because well, you know …

It's very scary, and you know, even some songs about peace make me want to cry. I can't take it. It is like this for the world, for example, I always cry, I can't, it's very hard for me..

Surely, the war probably hurt everyone a lot. Some got physical wounds, others got mental injuries.

You know, it's scary when you lie down at night and the shells start falling around. I have heart problems, so every shell is like a hit into my heart. It's very hard for me. Well, if the heart fails me, an ambulance won't be able to come. And the children will be left alone.

The youngest child, Nastia, can't hear me when shells are falling. So I have to shout, "Nastia, stop! Stop!" She runs in a panic, screams, and we hid under the bed.

Once, when the child was in the camp, he spoke to the children from Donbass. They fell down and covered their heads with their hands every time they heard a plane flying by. Everyone just laughed at them.

A young girl Dasha who studied at our school died. What a tragedy! She often came over, so we knew her well. We studied in the same school. One day we were walking together from school. It was the end of the year. I said, "Well, Dashenka, did you get your grade sheet?" She said, "No, we are graduates, after all." She says that she would not receive grade sheets. "We would get secondary school diplomas".

Just imagine, the teacher called and said that Dasha died. I didn't believe it. I couldn't believe it until the last moment. Now it's very hard when I see a girl that looks like her. It is really hard. That is, you begin to understand that a shell may fly into your house today or tomorrow, or any other day. It is so hard, you know.

She was at her grandmother's. She went to the toilet room when a shell hit right where she was standing. I mean, the girl had just finished school. The whole life was ahead of her. She was very beautiful and kind. Well, for me it was a very big shock.

There were so many similar cases. My husband's aunt, who is from in Donetsk, said when they started bombing, she jumped out and saw that the neighbors got into the car and were killed right before their eyes. Well, it was very scary. Even though we moved, we still get.

We left when things got really bad. There was a lot of shooting. We went to Kamianets-Podilskyi, to my brother's. Well, they themselves have many children. So, when things settled a bit, we decided to come back.

Moreover, the husband had a job here. He had to make before retirement. He tried his best, so he took risks. Shells exploded around, but he had to work at night to the sounds of shells. He had to do it. Well, it was a very difficult time.

Thank God, he managed. When the mine was closed, he managed to retire. He is our only financial support. He is the reason we are holding on. There are no jobs here. You can't even get a yard keeper, because the town is small, and there are too many people who need jobs.

Clothes are very expensive. It is very expensive to dress three children. We have to stretch finances literally for everything. We are trying our best to pull through. The children go to school. So they need tights, shoes, trousers, etc. They wear out and outgrow things. So, even basic things are quite expensive for us, let alone the food. I give them UAH 36 a day on school food.

The middle daughter likes to bake very much. Well, of course, she can't make great pies, but she is quite good regular, simple recipes. She says, "Mum, can I bake a pie? Mum, I really want to.” Thank God, she helps me.

Flour helps us out a lot, as well as the butter. This is significant support, of course. Thank you very much for such help. We are very happy. Akhmetov is the person who keeps helping everyone around. We understand everything. Everyone who lives here think that he is a Real Man.

We never know what might happen next. We don't know what to do. The experience we got is probably the most important. We just wish the war ended, and we would live peacefully again. Certainly, we are waiting for this to end. We are ready to be hungry and cold, but live in peace. 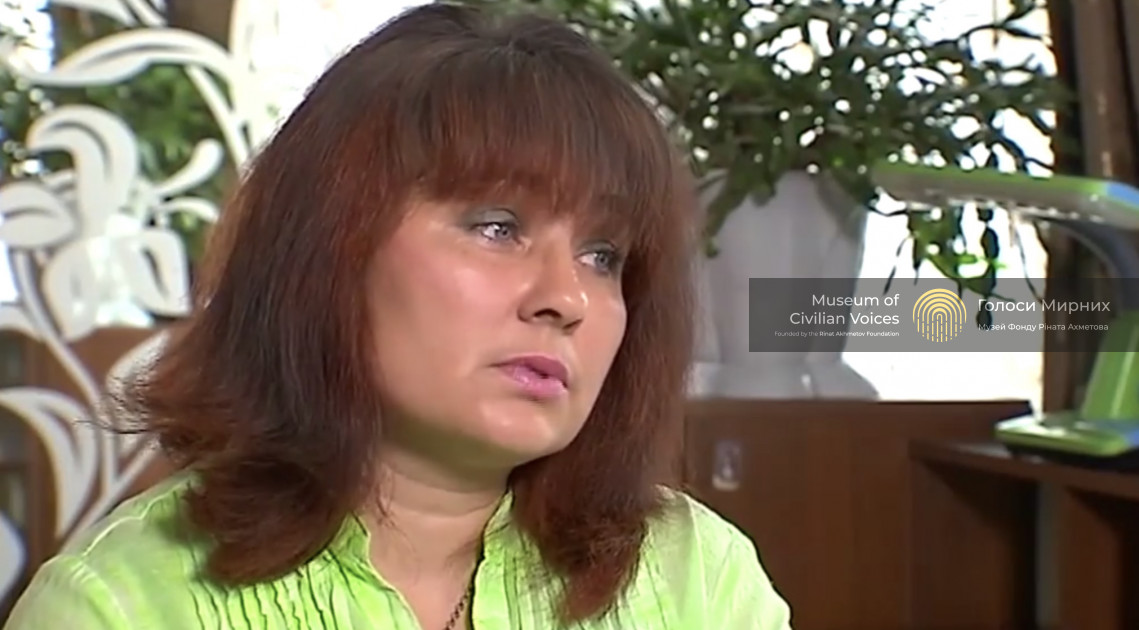 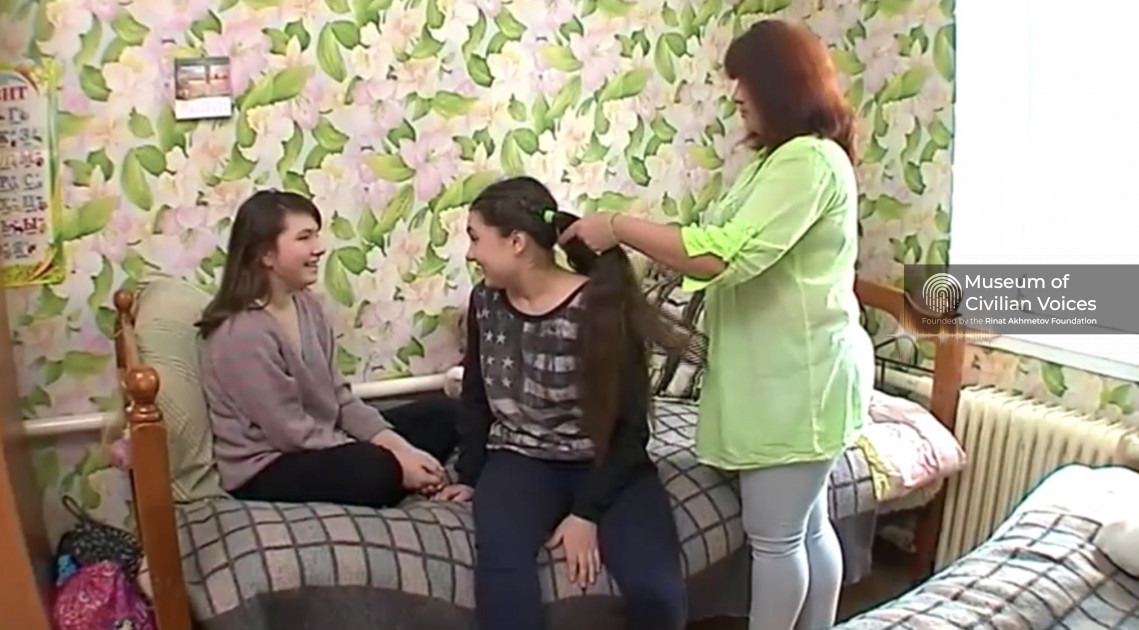 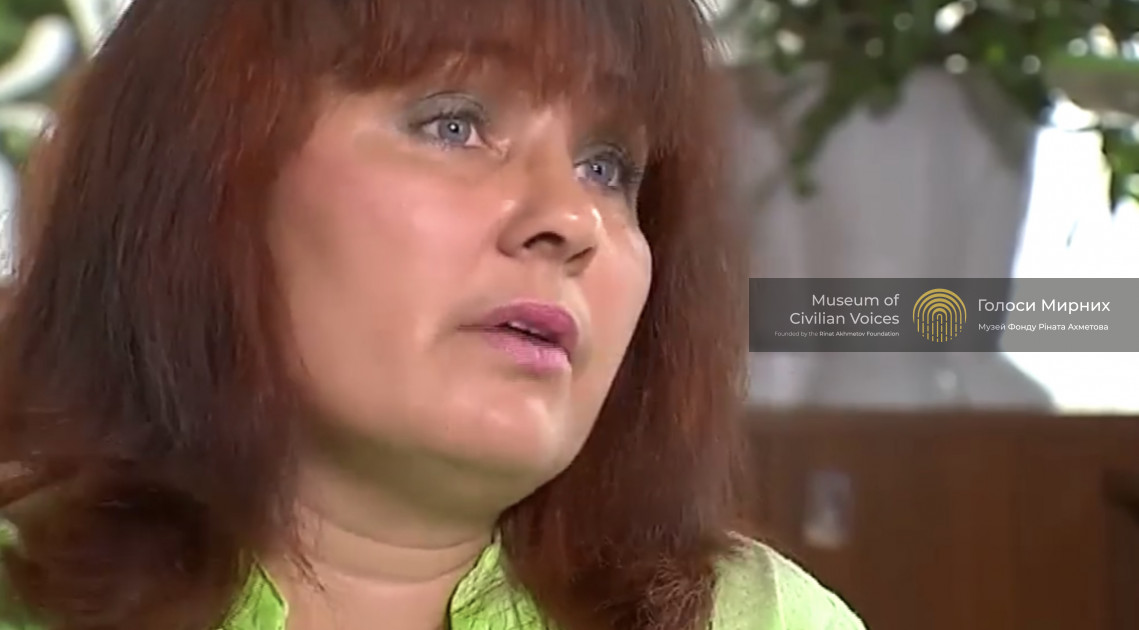 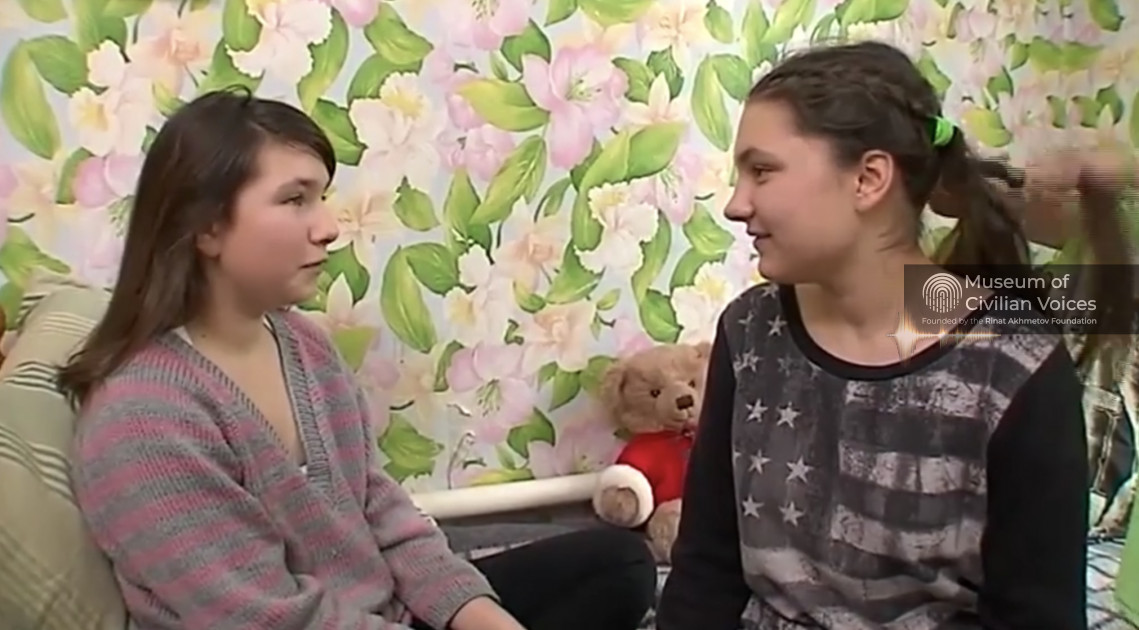 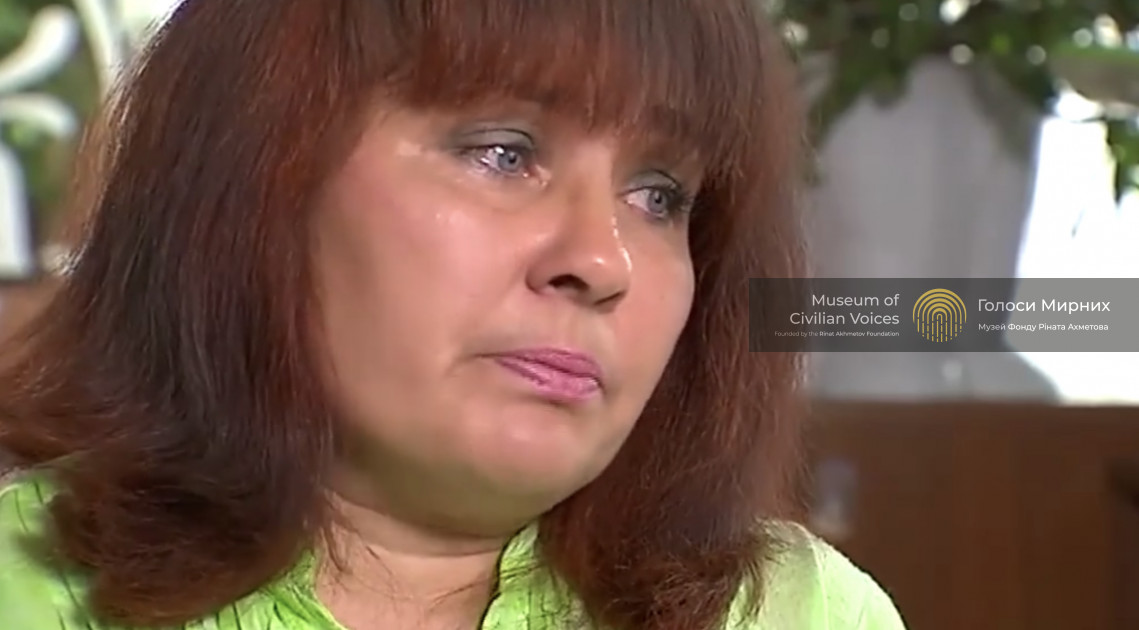 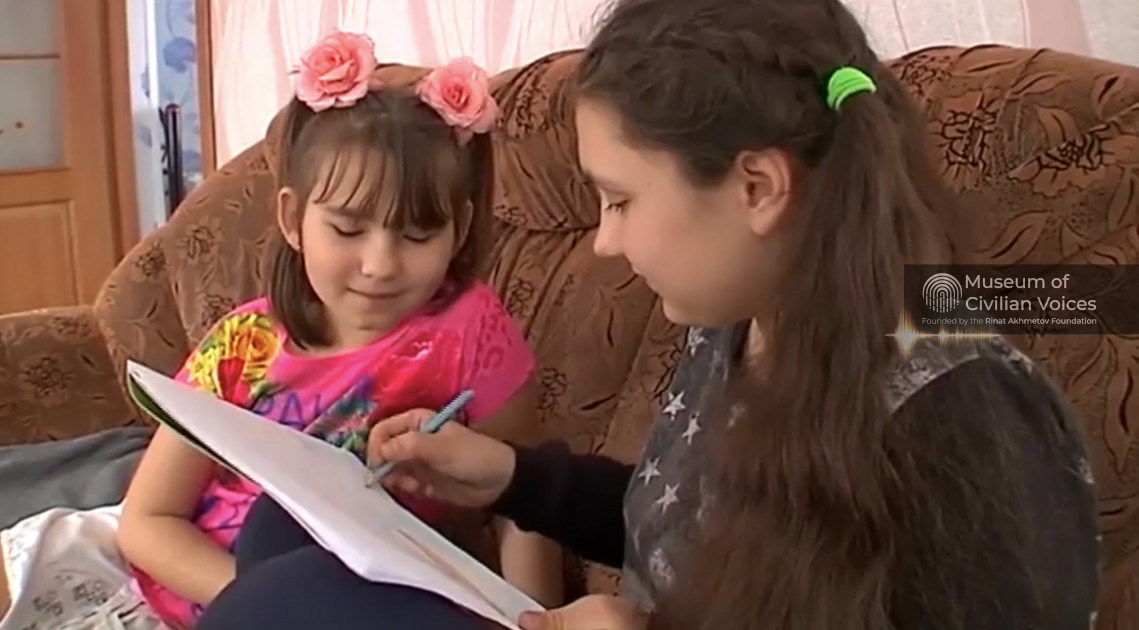