Tell a story
Go to all stories
Davyd Sevostyanov

"The day when the war began for me"

In the "One Day" essay competition, his work took 1st place.

"Sonny, they are going to kill us"

Guelder rose branches bent down.
Oh, Mum, who did we pray to?
How many more of your children
Will it take? This no war of yours.

a song by Sviatoslav Vakarchuk

One sunny summer day, I was sitting on the parapet near the stairs of our village pharmacy. I was waiting for my friends as we agreed to go for a swim. Well, what else teenagers could do on those sweltering evenings?

My friends appeared soon, but still gave me some time to play with not the brightest representative of the four-pawed ones, a helpless street dog Guy. That day the dog behaved rather strangely. He dug four holes in the ground, he laid back his ears all the time and, what was very strange, he showed his grin. I thought that he must have gone crazy because of the heat.

Our whole team wandered to the pond. On our way we were running around, laughing and throwing dust, green leaves and ripe fruit from the trees at each other. ‘It’s good to have holidays,’ I thought, ‘We’ve got a lot of time for adventures.’

Half of the village residents were resting near the pond. The yelling of adults, the hustle and bustle of teenagers, and the laughter of little kids were heard everywhere… Suddenly, everyone froze when they heard some previously unfamiliar terrible roar by an unknown beast. A herd of iron vehicles was moving from behind the forest, as if from some action movie.

The giants emerged one by one, causing pillars of dust and leaving deep marks on the earth surface. It seemed that even the birds paused their clamour, and the trees held their breath watching the events. In a flash, somebody unknown stopped playing a melody on a flute, under which the earth spins, as it goes in the song… Wiping sweat from my forehead, I thought that I got into another dimension. Well, my mum told me to watch less of action movies…

When the military vehicles passed, the world came back to life. Shouts were heard: ‘War! People, there will be a war! That’s why we were told to get out cellars ready! Let’s go home! What is this… Lord, save the children! This is the beginning...’

For some reason, the good mood vanished. I no longer wanted to swim and laugh. Something happened inside me. That something was probably fear and anxiety. In addition, biting insects were swarming around my head, and bloodthirsty mosquitoes were looking for fresh, young blood. ‘God! I got scared just on seeing military vehicles!’ I was ironic about myself. Life went on.

Two days later, I forgot about the event at the pond and then was worried about how to get my parents’ permission to go to the disco. My father was at work. He is a miner. He mines coal. So, I needed to win my mum’s favour and persuade her. I was rushing around all day. I did all the errands, so the road to the disco was open.

I quickly got ready to go to the club. I took a bath, perfumed myself generously, put on new shorts, put some hair gel on my forelock, like Cristiano Ronaldo in a famous commercial, and suddenly… A very pale mother came into the entry way and uttered: ‘Your dad...’

‘What about dad?’ I rushed towards her quickly. ‘Dad’s work shuttle bus was stopped at a checkpoint. The soldiers said they couldn’t go any further, there would be shelling ahead.’ ‘Sonny, they are going to kill us. We have to take our things, our documents and go to the cellar.’

My mum’s hands were shaking. She didn’t know what to do. She was biting her lip while looking for something in the wardrobe. Suddenly we heard the first explosion in our life, and then…

I remember little. We were running to the cellar, the ground was shaking, and some unknown force was shaking everything around. We were lying on the damp floor, and explosions were bursting one after another. My mum covered me with her body, and a stray dog from the yard and two cats cuddled up to us. We all seemed to be crying quietly, not understanding what was going on beyond our consciousness, human and animal.

My mother, my dear mummy, from time to time she tried to put her arms up under the ceiling for it not to collapse upon us. The best and worst moments of my life were passing in my mind, my whole body was shaking, my lips were numb, and I felt terribly thirsty. All that was left to do for us was to pray for that horror to stop.

It was on that day, and in that way that the unknown war began for me and my family, the war in the small village of Oleksandrivka, Maryinskyi district of Donetsk region.

Since then and until now, I have been living in a different reality. I could write a story called Life Before and After 2014, a damned year that left an illness in my body due to a deep psychological shock, a year that gave my dad grey hair at the age of thirty, and that took the life of my best friend’s parents. By the way, my friend Veronika and I are at the same form at school now, but I still cannot look her in the eyes. The burning pain is eating away at my soul, but all I can do is be near her.

When I hear the word “war”, my heart gets cold, my palms sweat, and my eyes are bloodshot. The only question in my mind is: ‘Why didn’t you, dear adults wearing “political ties”, stop the carnage?’ That’s a rhetorical question, unfortunately… There is no need to explain anything to ordinary people, let them continue to stand with their heads bowed.

It is 2021 now, and every time the New Year’s clock chines, my first wish is about Peace! This word is invaluable for me now. Children who learned the hell of the war know the price of a cloudless quiet sky! 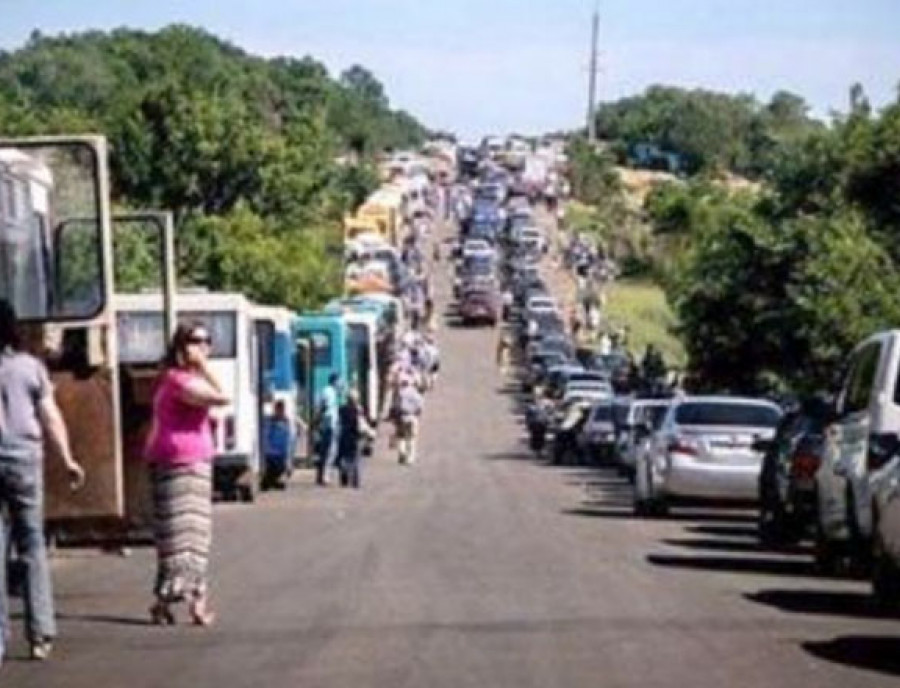 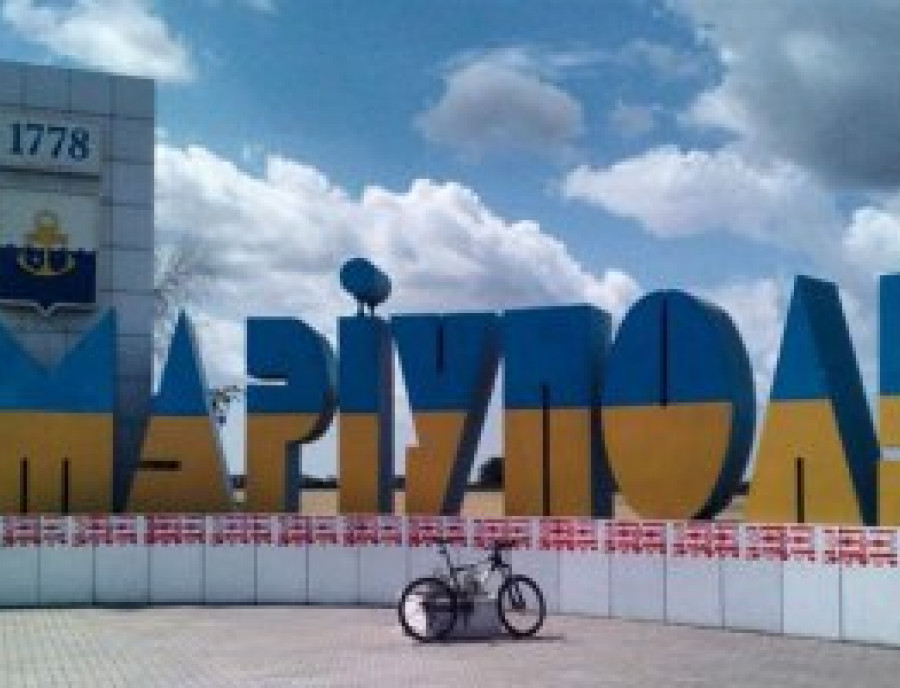 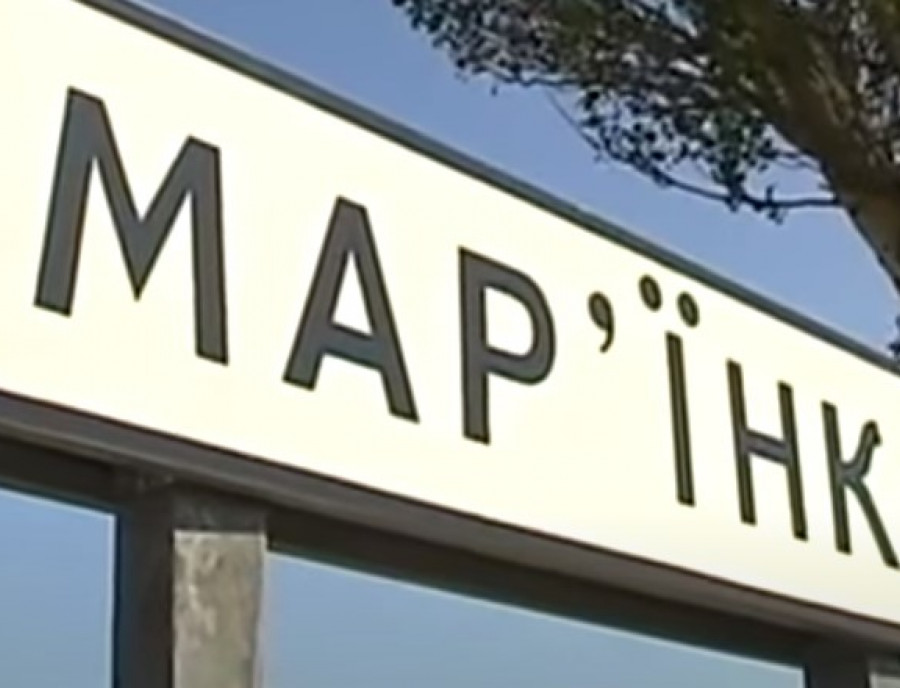 Material added to your library
Evgeniya Aleksandrovna Kovalenko
Marinka 2021
Go to all stories
Log in
Sign in to add material to your library
Continue with Facebook Continue with Google
or
Create an account?
Continue with Facebook Continue with Google
or
We will process your request shortly.
The status on request can be tracked in the personal account in the section requests.
Forgot password?
Enter your email that you indicated during registration
Forgot password?
Password reset instructions have been sent to your email museum@gmailcom
Create an account?
To continue registration, please follow the instructions indicated in the letter that has been sent to your mail museum@gmailcom
Data saved successfully!
Fill out the form and we will send you a report by mail