Artifact "A toy that survived a night of shelling" 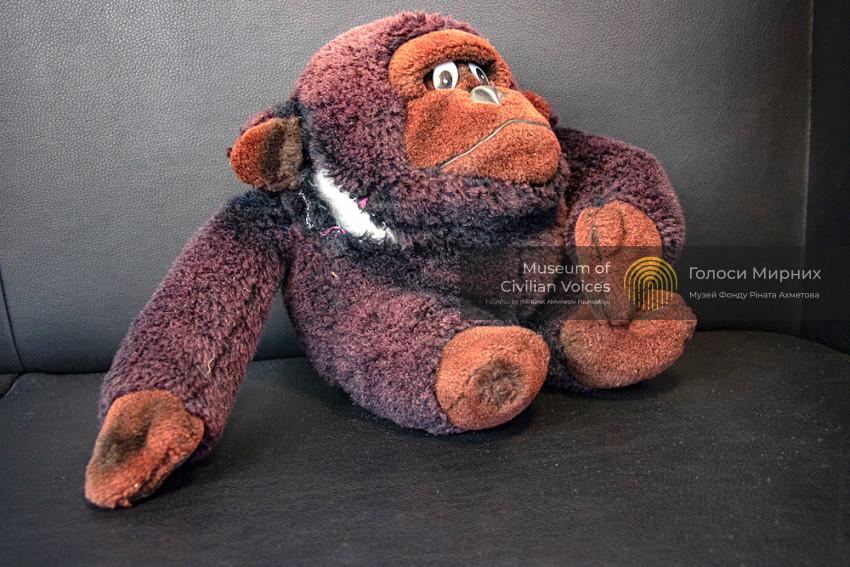 A soft and funny monkey toy was one of the favourite toys of four-year-old Polina Chuiko from Keramik village in Yasynuvatskyi district of Donetsk region.

When shelling began in the village on the night of 29 August 2016, mother took Polina and hid under the bed with her. And the girl grabbed her favourite toy to take it with her. Mother saved her daughter and daughter saved her toy. In memory of that terrible night, the monkey toy had a rip on its neck.

The Chuiko family decided to give the toy to the Rinat Akhmetov Foundation in order to keep forever a symbolic reminder that children’s toys should bring joy and not get injured.

Join the Project
Every story is unique. Share your story
Tell a story
All artifacts
Log in
Sign in to add material to your library
Continue with Facebook Continue with Google
or
Create an account?
Continue with Facebook Continue with Google
or
We will process your request shortly.
The status on request can be tracked in the personal account in the section requests.
Forgot password?
Enter your email that you indicated during registration
Forgot password?
Password reset instructions have been sent to your email museum@gmailcom
Create an account?
To continue registration, please follow the instructions indicated in the letter that has been sent to your mail museum@gmailcom
Data saved successfully!
Fill out the form and we will send you a report by mail