1 2
Tell a story
Go to all stories
Kateryna Kolesnikova

I was born in this village, this is my village. Our parents lived here, and our children were brought  up here. When we became pensioners, they came to us. We lived as if on two cities: we lived  here in the summer, and in the winter we lived in Stakhanov.

Before the war, we had so many children here! And recently I went to the store… The man was holding a bag, and it seemed to me that he was holding a child by the hand. I ran to get some goodies. We don't have any children here now, not at all. No one will come here now. I went out, I was coming, but saw that  the package was in his hand… I started to cry, even though I'm an optimist by nature.

My husband  hasn't seen his granddaughter for  six years. I come and tell him. They grow, they have their own opinions, they change. He, a 70-year-old man, sits and cries because  it is like this… And it's not just us. Everybody  is in the same situation. Because it's impossible to come.

When we became pensioners, our children, grandchildren brought us the wish to live. They love each other, they love us, we love them. And then everything was broken.

Our grandchildren came here. They spent summers here. And not only ours,  it was like this in the whole village. Even in 2014, when the bridge in Trekhizbenka was blown up, there were so many children here. They came from Luhansk, from Alchevsk, from everywhere. We were here with our grandparents. Then everything was empty.

A shell fell in our garden, the wave carried everything out, smashed the windows. The roof is full of holes. It was November 2014. We didn't have any light then. We jumped out. Military dugout  was set. We went to that dugout, and then we were afraid: what did we come for?

It is difficult mentally. We all hope that this will end. We thought it wouldn't last, we're optimists. We thought that it would end, we would somehow get out of it, install windows.

This was in the fall of 2014. And for so many years we live like this. It is like without Windows in the dark/ We were afraid that the heat would not be preserved, so the carpet was cut and  we sealed with it all the holes. Film, then carpet, then double film, and a third film. It's the same inside. This is not only for us like it, but for many people.

There are fewer and fewer of us. We are cut off from everything. We have no communication, no transport. If you need to go to the region, it is unrealistic. You have to pay 600 hryvnias to hire someone. Once I walked 34 kilometers. Everything is complicated, and ruined, and we live in the dark. We all hope that this is the end, that everything will be peaceful. 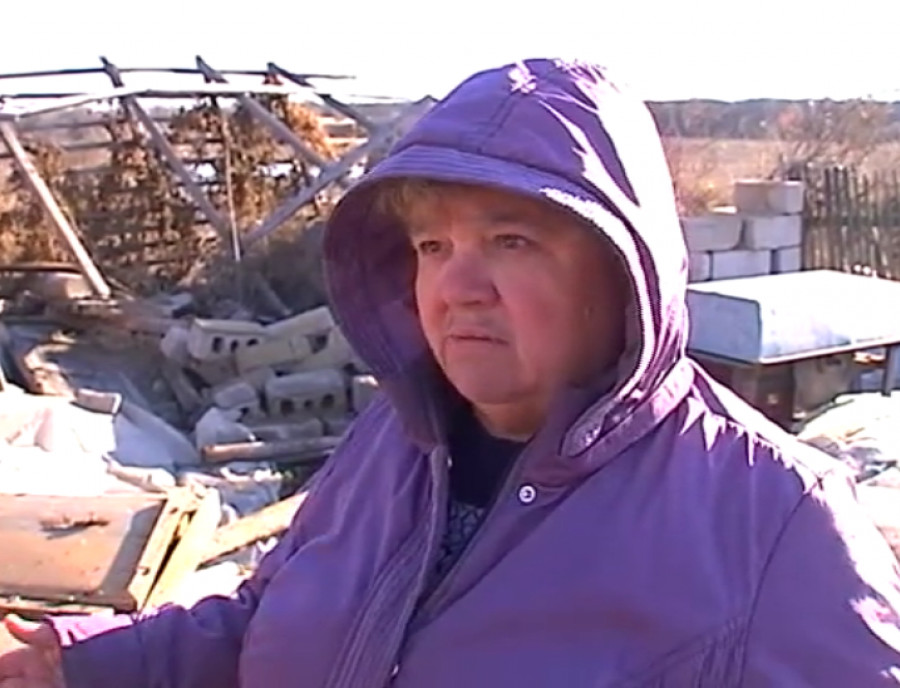 Material added to your library
‘The main thing is not to freeze to death. We cannot get any firewood anywhere here. Everything is mined’
Nadezhda Yasinskaya
Orekhovo-Donetsk 2014, 2015, 2016, 2019