Tell a story
Go to all stories
Alena Zagreba

Anne Frank from Mariupol – this is how journalists from all over the world call Olena Zahreba. A 15-year-old girl recorded her video diary in the besieged city of Mariupol. Day after day, for two weeks, she described and showed how the world she had been so accustomed to was collapsing.

Here is Alena's video diary, which immediately became viral and showed what had been happening in Mariupol since the first days of the war.

On 24 February, I woke up and was going to get myself ready for school. My friend wrote to me that she was not going to school.

I thought, “why that?” I decided to stay in bed for another 10 minutes, thinking that maybe my mum will also tell me not to go to school.

Armed hostilities did not break out in Mariupol just immediately. The first days were calm. I really felt it on 2 March, when the electricity, water, heating, mobile phone signal disappeared and a loud bombing began. Our house was located near the hospital and it served as a shield for our hospital, which they tried to seize. It was scary, but I had my similar experience in 2014, when the war was in Donbass. So I tried to reassure my friends that everything is fine, that we have a good army, and that they defended the city.

We were not going to leave at all because we did not expect that the situation would escalate that far.

First, my mum collected the documents, not even our belongings, but the documents, when our first window was broken, when a mine landed near the entrance to the house.

I was absolutely calm, firstly because my parents supported me. My dad was a little scared, but it was not noticeable, and my mum was absolutely calm. Second, we prayed a lot and asked the Lord for peace of mind. And the third reason was my video diary. I really liked to film it. So, basically, I cried only on two occasions. First, when there was a fighting for the hospital, and the second time, when there was an air raid and our cat got lost.

On 9 March, there were very loud air raids around the hospital, right near our house. It was then when I cried for the first time. We were hiding inside behind three walls. My mum and I sat down on an ottoman together with Persyk, my cat, and started to sing some Christian songs.

At first, mum started to sing a sad song, but then she realized it did not suit. We needed a cheerful one. “Olena, do not cry. Everything will be fine”. And that is when it was really scary.

That night, I woke up more than once from every shelling, from every explosion, and my heart was pounding.

We were in our flat from 24 February till 10 March. Then it became very cold – our balcony windows were broken. Then the window in the living room and the window in the bedroom shattered, and it became very cold. It was five degrees inside our flat, so we decided to move to the prayer house. Our prayer house was not far away. There were two flats on the second floor there and we could fire up the boiler to keep the place warm.

On 9 March, there was a fire on the fourth floor (and we were on the seventh floor), but it was extinguished. Dad ran to the fire station during the curfew because there was no mobile phone signal. The fire engine came and put out the fire. My dad said it was dangerous to be in a multi-storey building and suggested that we move to another flat. So on 10 March we moved, stayed in a new place for two days, and there was an air raid near us then. On 12 March, when the whole building was completely damaged, we went to live to our friends’ place.

My dad had his leg injured during an air raid, and our friend, who was a doctor, put a bandage on dad’s leg. Dad started to shiver, he was cold. He stayed inside to have some sleep, while we had to collect our belongings and warm blankets from the flat, from the church house, because previously we moved everything from our own flat there. Our friend (the doctor) and my mum decided to go. They wanted me to stay inside, but at the same time they needed extra hands to carry things, so I went with them.

We were on our way, and the surrounding looked suitable for shooting an action film there. When we were walking we saw a road that was blocked by buses, all burnt. There were craters from rockets, five meters in diameter and three meters deep.

Well, we passed through more or less ok. It was literally across the road and into the courtyard. We collected our belongings. We needed to go back then, but there were explosions, bombs, Kalashnikovs [shooting from Kalashnikov assault rifles]. Everything flew back and forth, while we were making our way... and then boom! And we saw that a nine-storey building just shielded us. We returned and started to think what to do next: either they kill us here, or on the way, or we will make it to a safer place.

We prayed and left. On our way, we saw a nine-storey building that was on fire. Something was burning, exploding, and a Russian tank turned around near us, just 30 metres from us. I was struck.

My mum asked the doctor, “Will this tank let us through?”

The doctor said, “Of course it will.”

We crossed the road at the pedestrian crossing and made it to our destination. We turned to the courtyard and people were looking at us, “you are alive, you have returned from there”, as if we were back from the dead. We entered the flat and my dad was already awake. They were waiting for us; he and the doctor’s wife.

They looked at us, their faces chalked, and said that they thought we would not come back. It was an emotional moment. I did not understand what this tank could do. But when later I saw all the videos of them shooting, then I realized how emotional that moment was.

Air raids are much worse than shellfire, as we got used to shelling. Well, they keep shelling...

Mum and I are lying and talking, even laughing. It was a hysterical laughter. The main thing was not to start crying, because you could go mad.

Even our acquaintances, who were hiding in the basement, saw how [people] went mad before their eyes. We decided that we would laugh at anything, for whatever reason. The main thing was not to go mad. We had to leave Mariupol and remain alive, but also mentally sound.

On 15 March, my dad went out to catch a telephone signal on the ninth floor, and by some miracle my brother from Canada got through to us. He kept calling us for two weeks incessantly. He called when he came to his work, and got through at the very moment when my dad was catching the phone signal. My brother said that 160 cars managed to leave the city. We did not believe it because we heard shooting from Kalashnikov in the yards. A rocket hit the neighbouring house – we saw it with our own eyes while cooking the porridge, but we could not believe it. It was also reported on the radio (we had an old radio receiver) that 160 cars left the city, but we thought then that maybe half of them were gunned down.

On 16 March, some kind of movement began in the yard. People seemed to be going to leave, but there were some talks that cars were shot at, and we did not know whether to go or not. And my mum noted that in the evening before that day our cat Persyk sat on me and purred. He also cuddled up to me as a sign of defence. The first time we ignored his signs. It was when there was an air raid. He wanted to leave the flat very much. His behaviour was unnatural. Then she said, “We did not listen to him the first time, so let’s pay attention to his clues now.”

We prayed and asked God to help us make the right decision; we got into the car.

We were told that people were let out of the city only in the direction of Donetsk, but we were ready to go even there, although we understood that we would not be able to leave Donetsk afterwards. We headed off. There was a checkpoint where they checked us. Then there were more Russian checkpoints on the way, and soldiers there asked us to give them some food. They were hungry. When telephone signal re-appeared, we made some calls and said that we were alive. We were told that our convoy of cars was being fired at, but there was no convoy as such then. The convoy of cars gathered on the way closer to Zaporizhzhia. 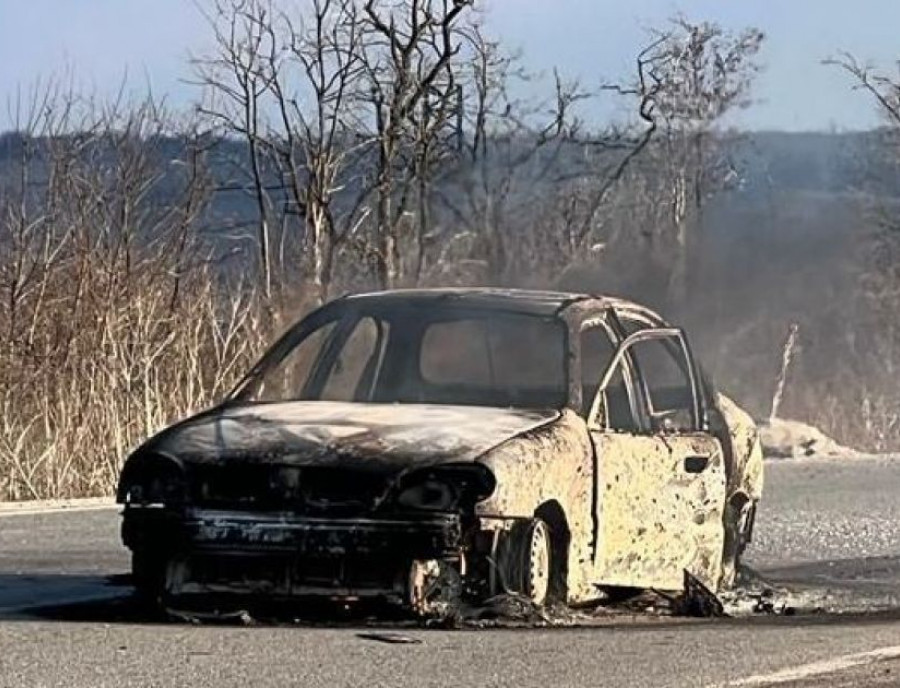 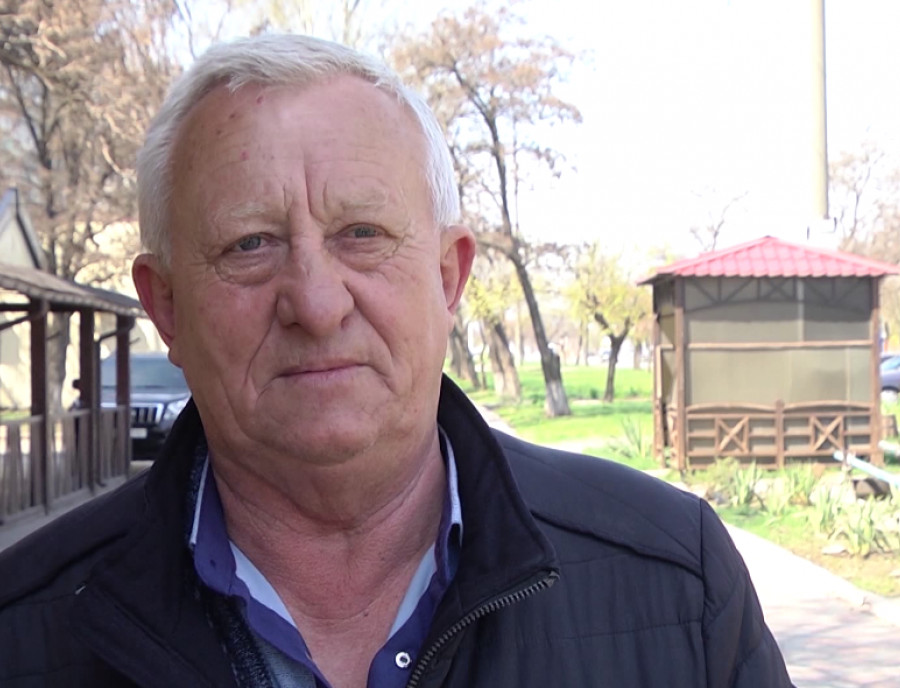 Material added to your library
‘Every time we came with the humanitarian aid, we were greeted almost with flowers’
Mykhailo Andriyovych Gedz
Mariupol 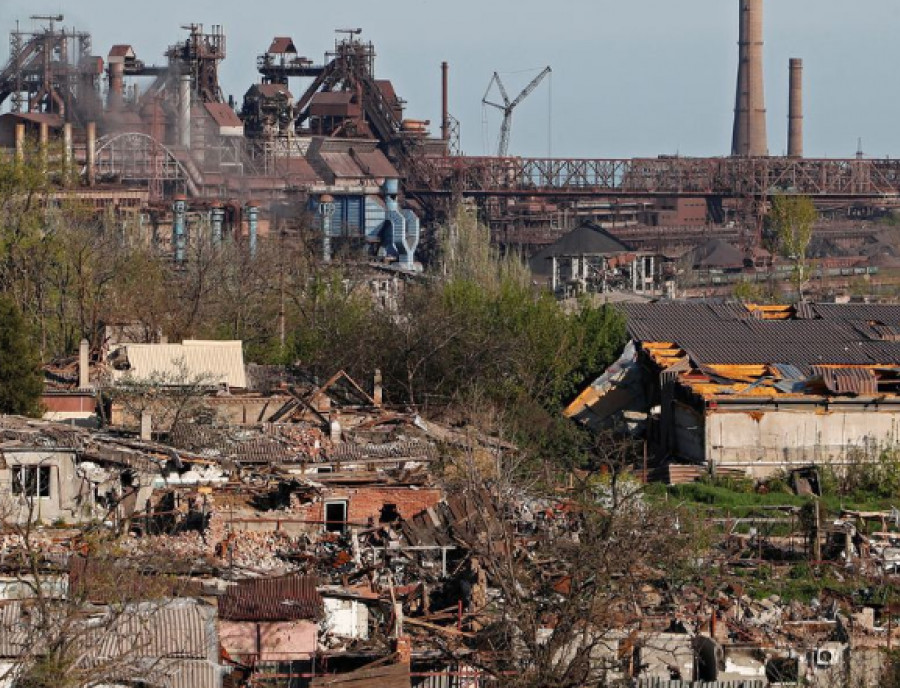 Material added to your library
«We stayed in the Azovstal bomb shelter for a whole month»
Inna Grigorievna Slitko
Mariupol 2022
Go to all stories
Log in
Sign in to add material to your library
Continue with Facebook Continue with Google
or
Create an account?
Continue with Facebook Continue with Google
or
We will process your request shortly.
The status on request can be tracked in the personal account in the section requests.
Forgot password?
Enter your email that you indicated during registration
Forgot password?
Password reset instructions have been sent to your email museum@gmailcom
Create an account?
To continue registration, please follow the instructions indicated in the letter that has been sent to your mail museum@gmailcom
Data saved successfully!
Fill out the form and we will send you a report by mail