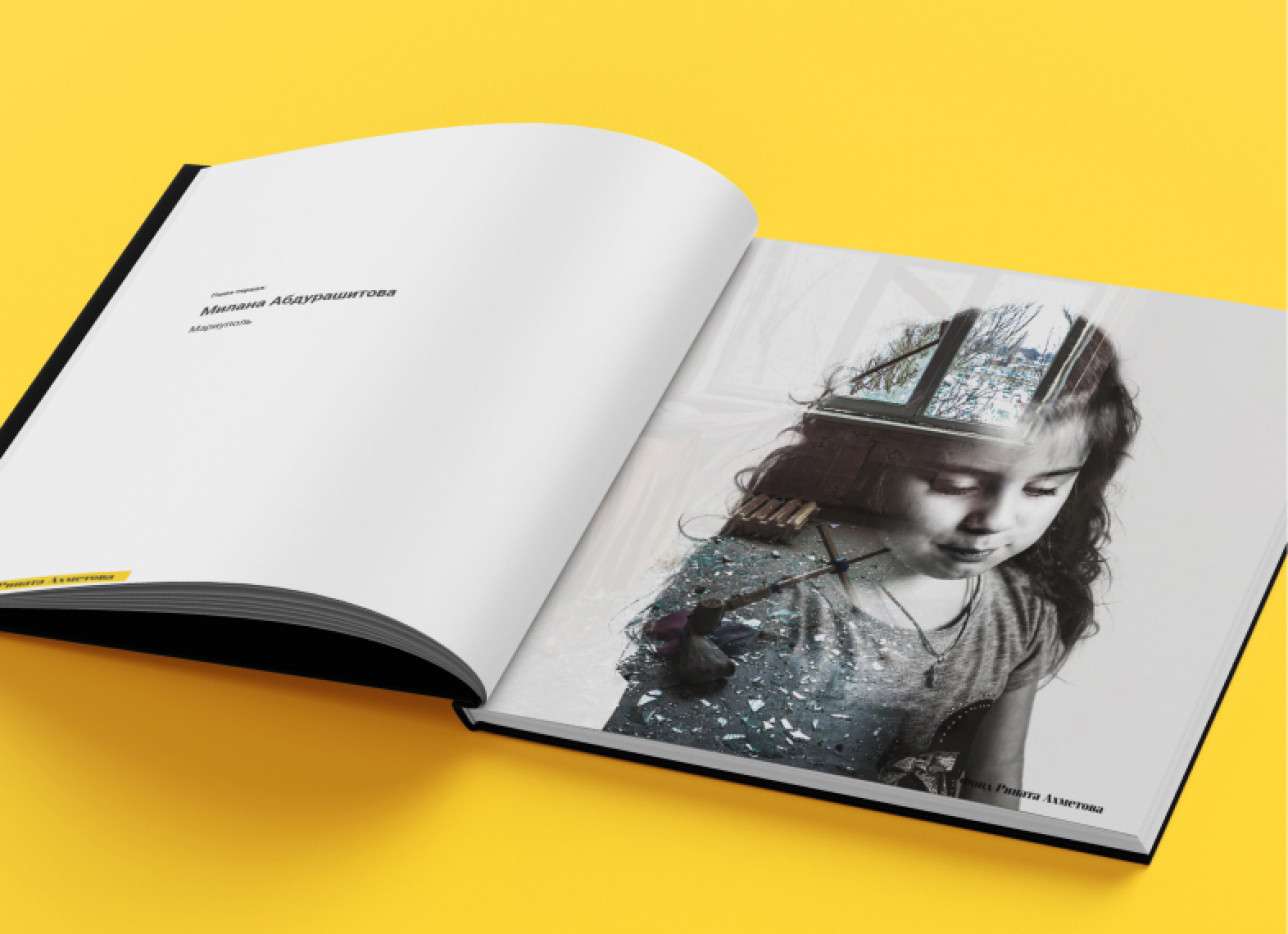 Donbass and Civilians photo book was presented in 2018 in Kyiv. It tells us 11 stories of pain and suffering, burnt houses and scorched hopes. It celebrates courage and heroism of civilians affected by the war in Donbass.

"Mariupol. 2015. Little Milana is smiling, but her eyes show utterless pain and wisdom beyond her years... Skhidny residential area is under shell attack. Civilians die one after another, Milana's mother got killed too. The little girl escapes death as her mother covers her with own body. "Our granddaughter was crawling and calling for her mother, yelling: "Save us, help mom, she is bleeding!" Bleeding... She was just three years old." (From Donbass and Civilians book)

The publication was presented at the reporting event of the Rinat Akhmetov Humanitarian Center, which was attended by representatives of the United Nations and other international missions, embassies, and charities.

The main characters from the book, the children who were injured but defied death against all odds, were invited as guests.

"Avdiivka, 2015. A sudden shell attack, a shell fragment hits Vlad in the head. A rush to the field hospital and the dreaded verdict – brain damage 60%, chances are slim at best. Nine days of coma feel like a nightmare. Parents believe in a miracle. Their son is their hearts' blood. There is no other way. And the child pulls through..." (From Donbass and Civilians book)

Donbass and Civilians is a chronicle of dreadful events that unfold in the middle of Europe. These events are gradually pushed out of the media landscape.

"Today very few people really know how people live in the conflict zone. There is no less suffering in the world, but many get used to terrible things. Those living in the conflict zone have got used to shooting. Those who live far away from that place have got used to the idea that there is always something going on in Donbass, but life continues. This is really scary, because if we accept a war as something normal, there is a big chance that our children and grandchildren will inherit it from us", says Natalia Yemchenko, a member of the Rinat Akhmetov Foundation Supervisory Board, SCM Director of Public Relations and Communications. “The Rinat Akhmetov Foundation has been fighting the indifference of society for three and a half years. It has been helping people with accommodation, food, and medical assistance. We continue our fight in the media landscape, the fight against the indifference of society".

The guests of the event could not remain indifferent. Many adults could not hold back their tears when they heard what had happened to our small heroes. Children were happy to give autographs. The presents from the Foundation included the certificates, which children could use to go to one of the best national health recreation centres for rehabilitation.

"When helping injured children recover, we realised that their stories had to be collected to make a book. We realized that we wanted stories to be displayed in their true colours, and present this photobook to as many people as possible. "Donbass and Civilians" is more than just a photoalbum. This is a document. As long as the hostilities continue, this is not a story, but the Chronicles", said Natalia Yemchenko.

To date, 4.4 million civilians have suffered as a result of the war in Donbass.200,000 civilians are at risk every day to be exposed to shelling, be injured or killed.

Join the Project
Every story is unique. Share your story
Tell a story
Other expositions
LIVE STORY COMING FROM THE EYEWITNESSES
«Hearing the Civilians»
View exposition 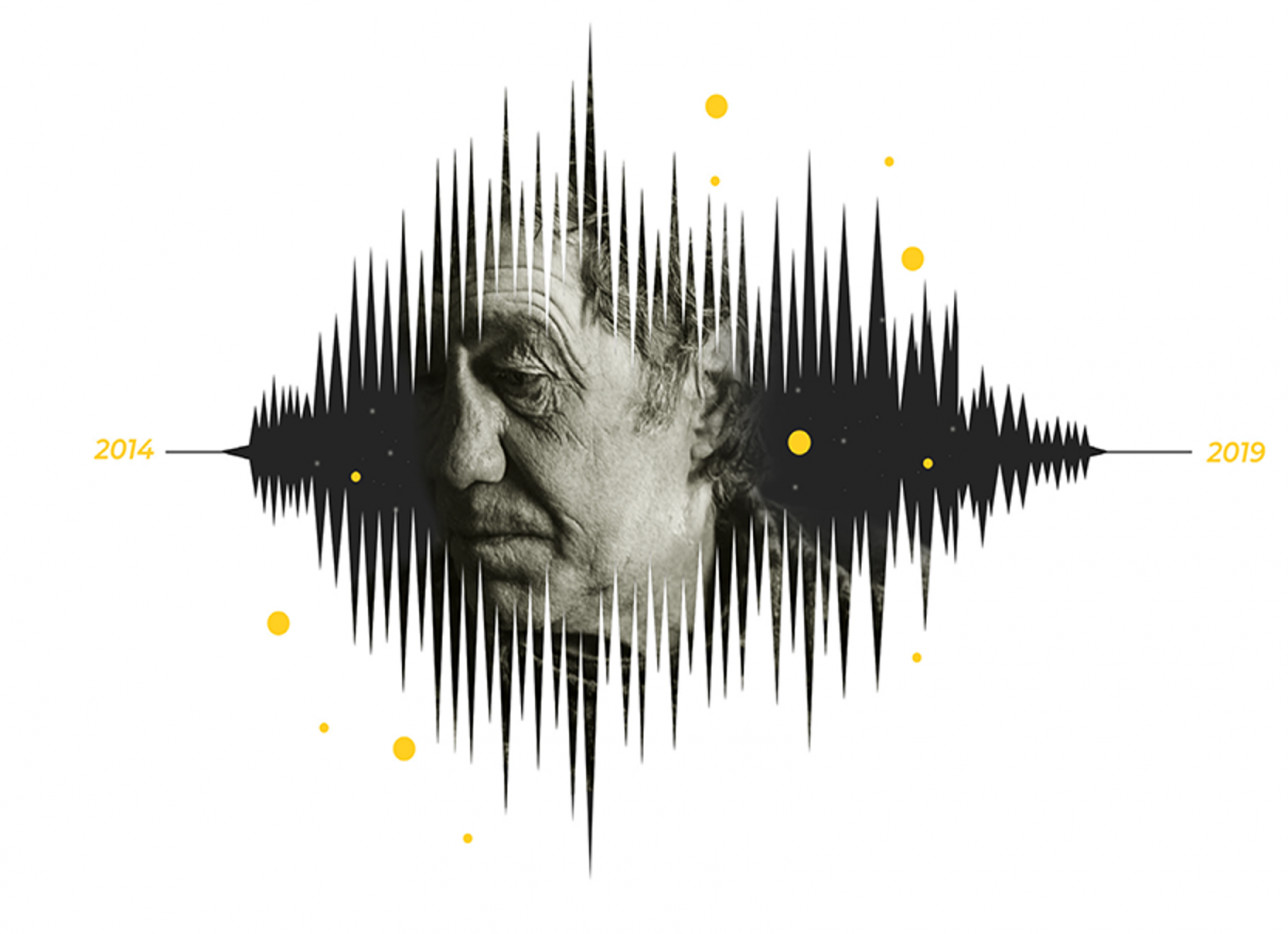 Go to all expositions
Log in
Sign in to add material to your library
Continue with Facebook Continue with Google
or
Create an account?
Continue with Facebook Continue with Google
or
We will process your request shortly.
The status on request can be tracked in the personal account in the section requests.
Forgot password?
Enter your email that you indicated during registration
Forgot password?
Password reset instructions have been sent to your email museum@gmailcom
Create an account?
To continue registration, please follow the instructions indicated in the letter that has been sent to your mail museum@gmailcom
Data saved successfully!
Fill out the form and we will send you a report by mail